Here are some late minute thoughts as we sit trembling on the verge of a realigning (or misaligning) moment in US politics.
Below are:
1. My Field Guide to Super Tuesday in today's (much celebrated) Boston Globe.
2. This week's Nation cover, illustrating John Nichols' powerful what-if piece about Trump.
3. This week's long-form piece on Esquire.com on the sinking of the PA prosecutor's office in a rising tide of dirt.
4. The Life of Rubio, also for the Globe. 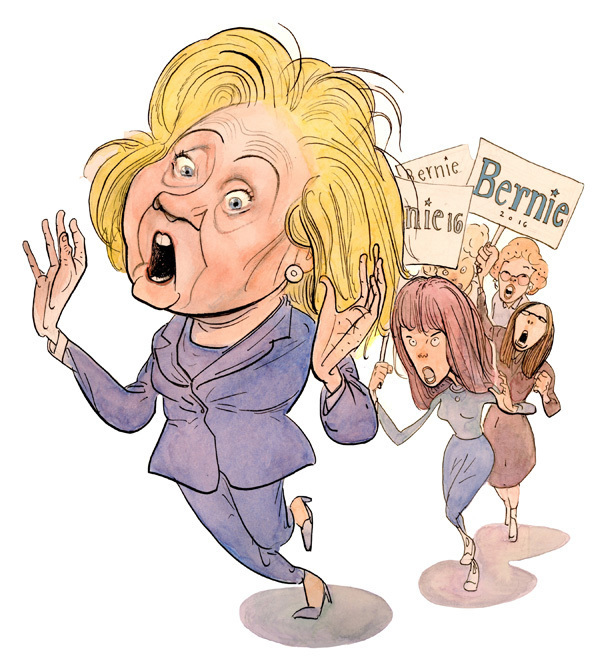 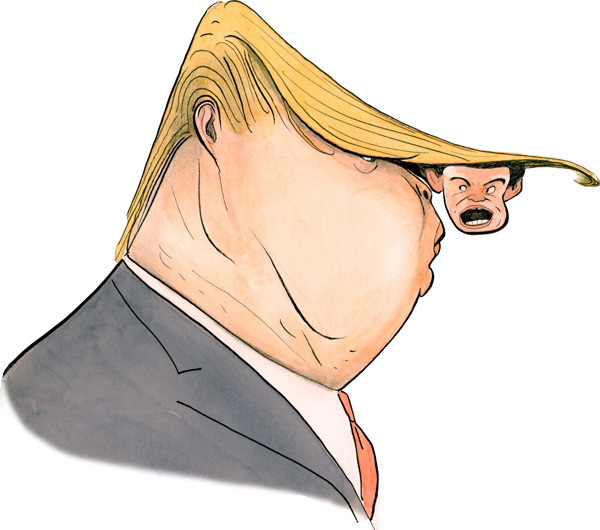 The Rubio Campaign Headquarters move to a new location: under Donald Trump’s skin. 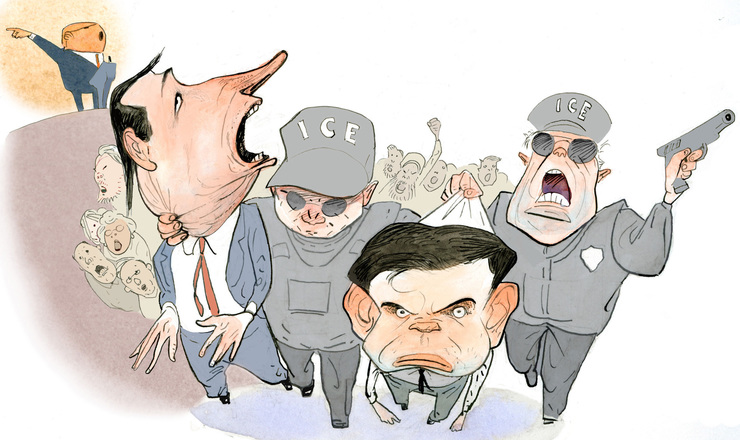 Donald Trump announces that he will immediately deport all male Cubans in their mid-40s. 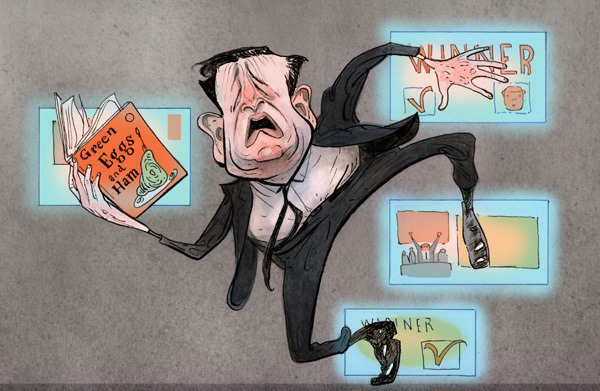 Ted Cruz decides to filibuster all TV coverage of returns from Southern states. 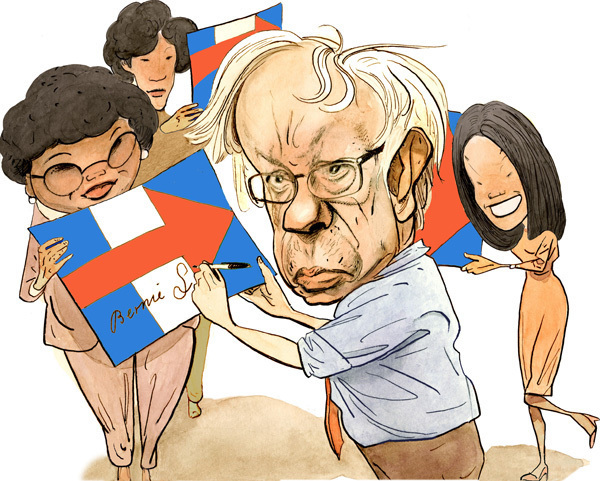 At a rally in a Southern Black Church Sanders is besieged by autograph seekers. 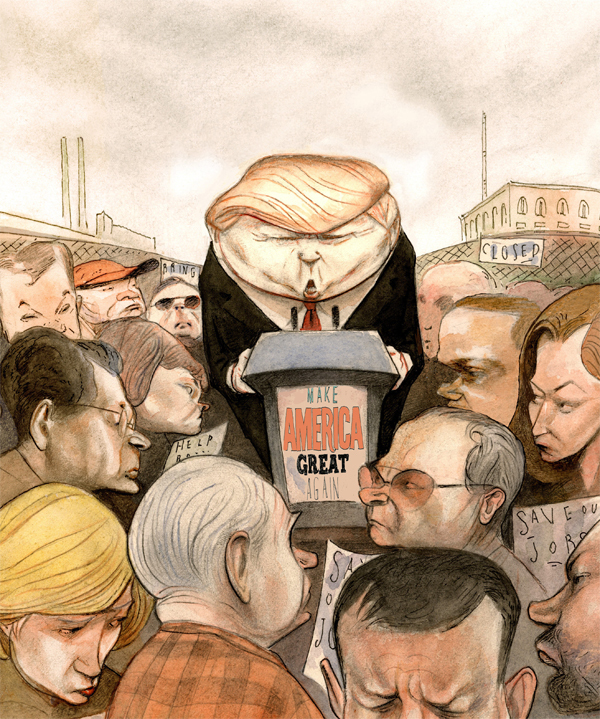 As John Nichols points out in The Nation this week: Trump's appeal may spead to Democrats who have been out of work and luck for some time. A cautionary note.

In the excellent piece on Esquire.com this week by David Gambacorda about Kathleen Kane, the PA attorney general, and her battles against a network of porn-slinging old-boy hacks. This dragged her into the mud as well and sullied her once promising career. 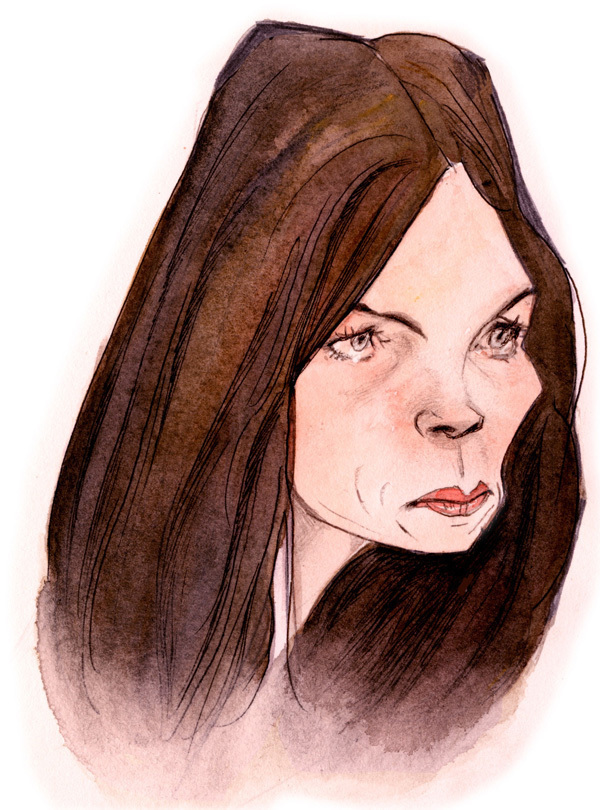 My portrait of Kane. 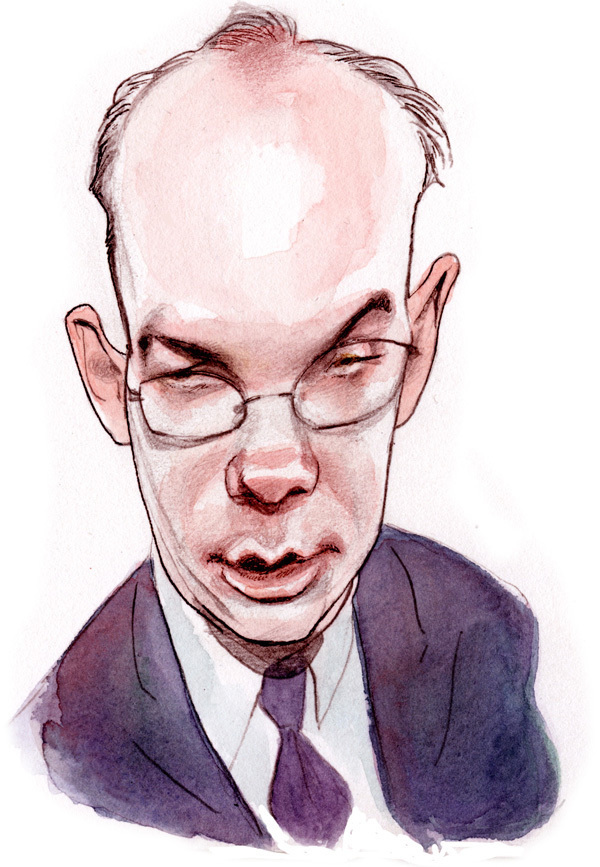 Frank Fina, the state prosecutor, who played hardball and went down, taking Kane with him. 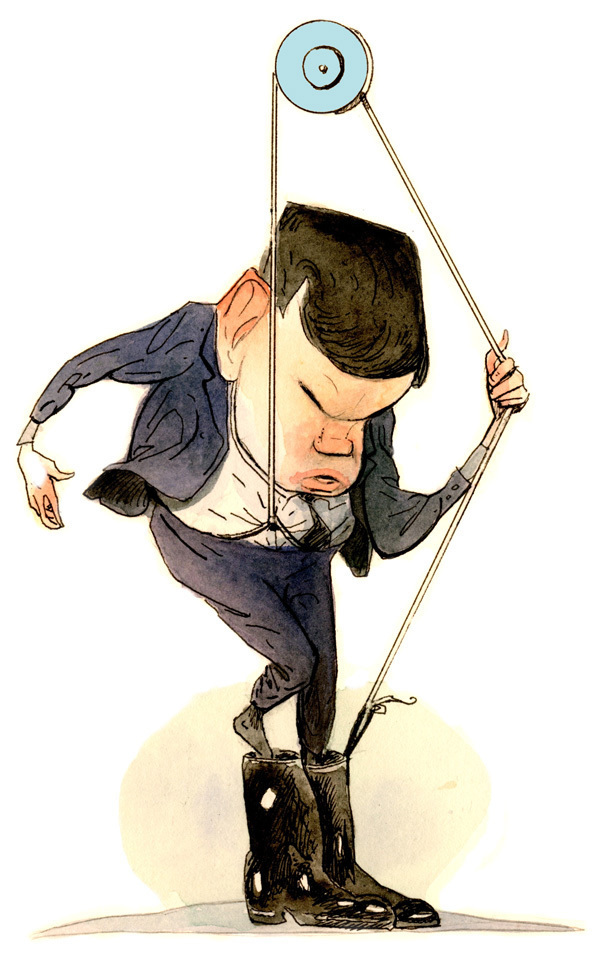 Finally, from my Life of Rubio, for the Globe, we see the Campaign Marco, pulling himself up by his bootstraps (I always wondered exactly how that was done.) 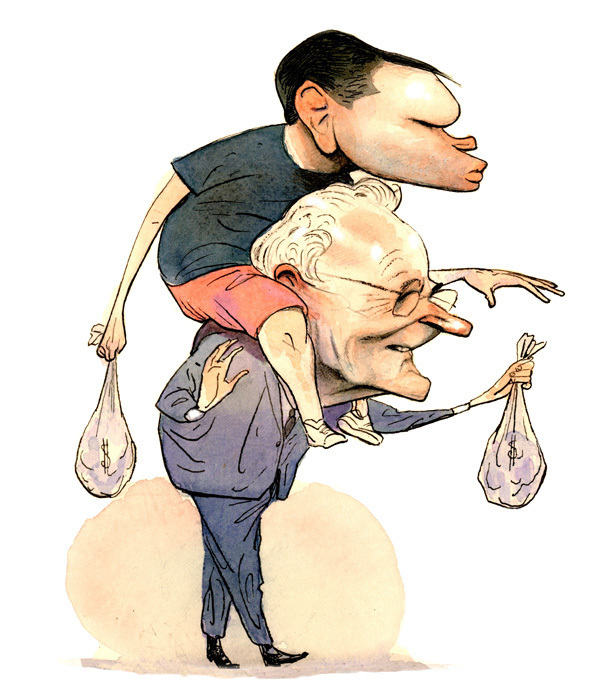 Then the Real Rubio, who is the ongoing personal project of billionaire Norman Braman, auto magnate, who has given his protegé (and Rubio's wife) gifts, jobs, book deals, plane trips. And is never shy to ask a favor or two, which, of course,  is not a problem.

Squinting into the glare tonight.
Courage!