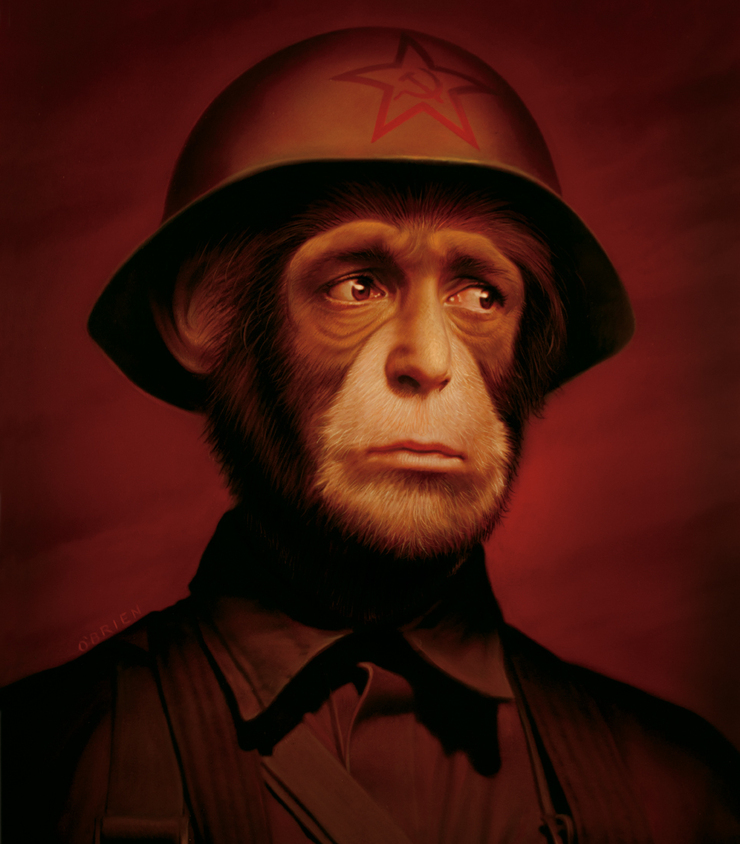 In mid summer I was given an article to be published in Playboy about a clandestine program to attempt to breed a human ape hybrid race in the Soviet Union around the time of the second world war.  The goal was to breed a powerful and vicious soldier.
The article goes on to investigate the veracity of the program and what ever became of it.  Thrilling stuff and really visually provocative too.  I can see the movie in my head.
As I recall it, I was sitting by a pond on Martha's Vineyard on a lazy summer afternoon.  While Cassius swam in the pond and Elizabeth watched from our blanket, I started drawing the movie in my head.
This year has been the year as a teacher where I really am trying to articulate how an illustrator can manufacture ideas given a set of parameters.  In this case I knew they wanted to see this hybrid.  What I've been urging my students to do is to take the assignment and put it aside.  Now, think of an image you want to paint or draw and start making sketches of that.  I call it the 'scam.'  The scam is when you essentially make the image you see in your head that was either inspired by something or born out of your sketchbook and you basically shoehorn the concept into something you want to paint.  In this case I had two ideas I wanted to paint.
One was a tortured and crazy eyed chimp soldier behind some bars.  I saw it as a sort of Gottfried Helnwein-like image and think it could have been a great piece.  The second Idea was a soldier with some real emotion on his face, almost an anxiety and a suspicious sideways glance.  The art director chose the latter and I got to paint what I was practicing for two years in class demos over and over.  I painted portraits of suspicious people.  I just liked the way those looked and held onto the concept for this assignment.

The end of the story is that there are no results of this program, no rooms filled with the offspring of this effort.  However, they tried. 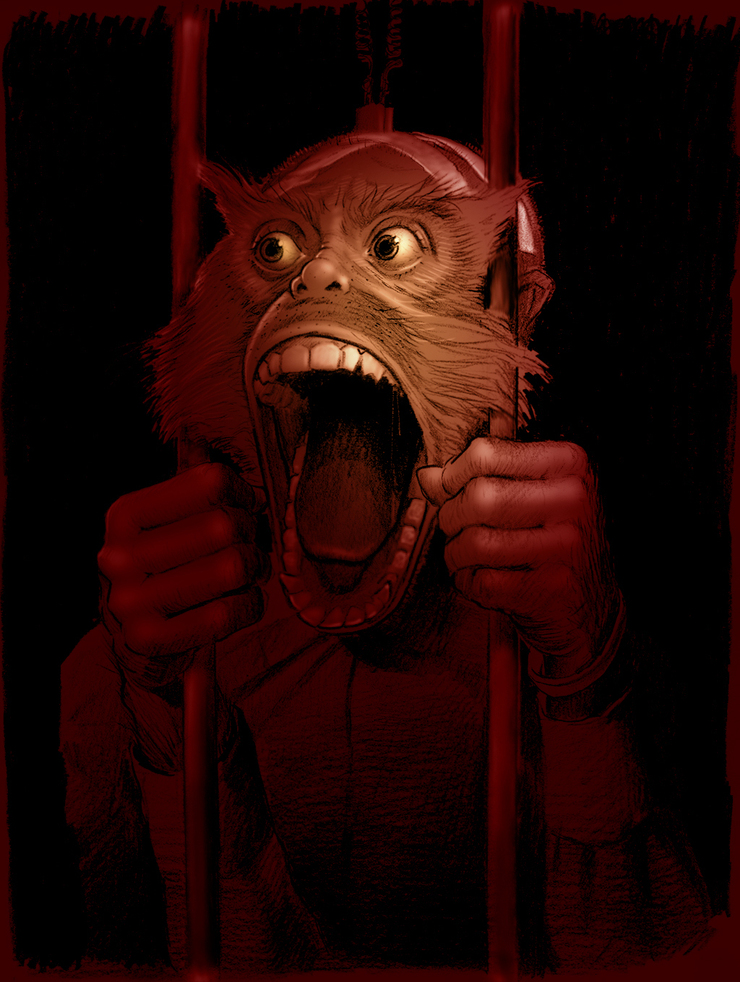 The maniac hybrid. More of a monkey than an ape but I liked the way the hair was in this piece, like an X. 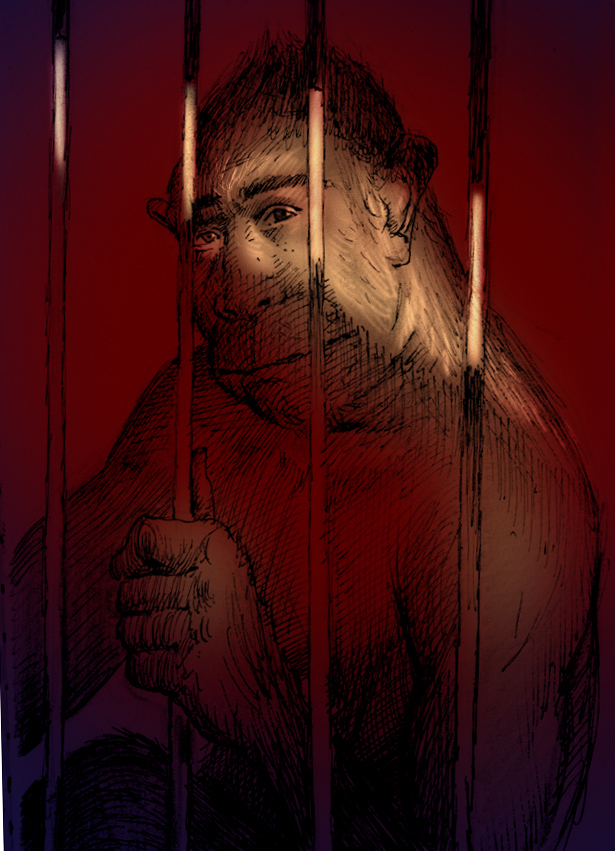 A quick sketch of a huge ape with a knowing look. 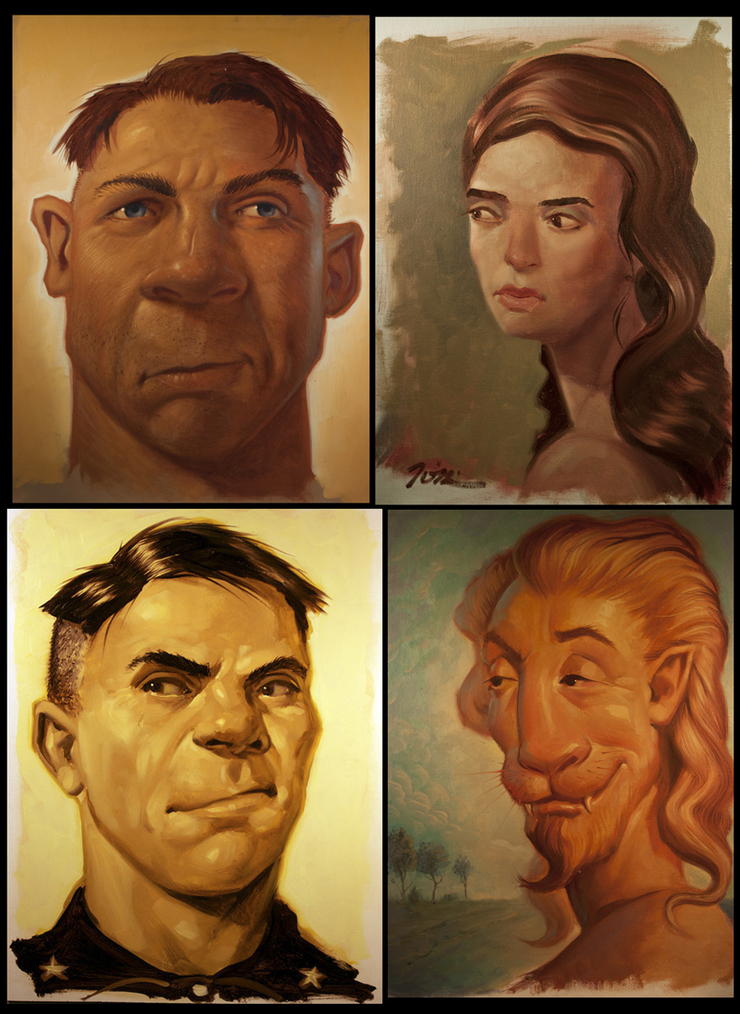 Here are a series of in class, quick demos I've painted for my classes. I seem to like a suspicious glance. 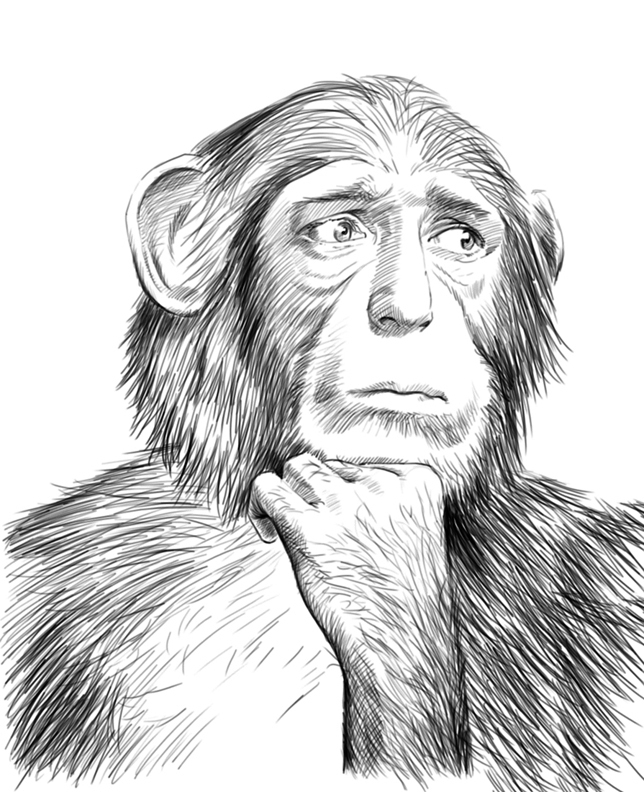 This was the basic sketch for the image I eventually painted. I purchased an image of a man whose eyes I used and combined with a chimp. They fit together well. 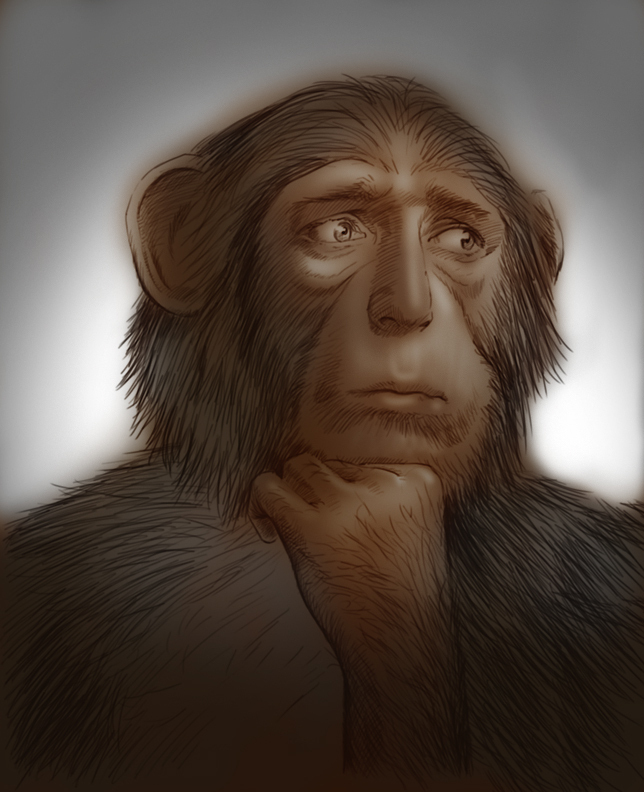 I thought I'd investigate NOT doing a red image. This was sent in and approved provided I put him in a uniform. 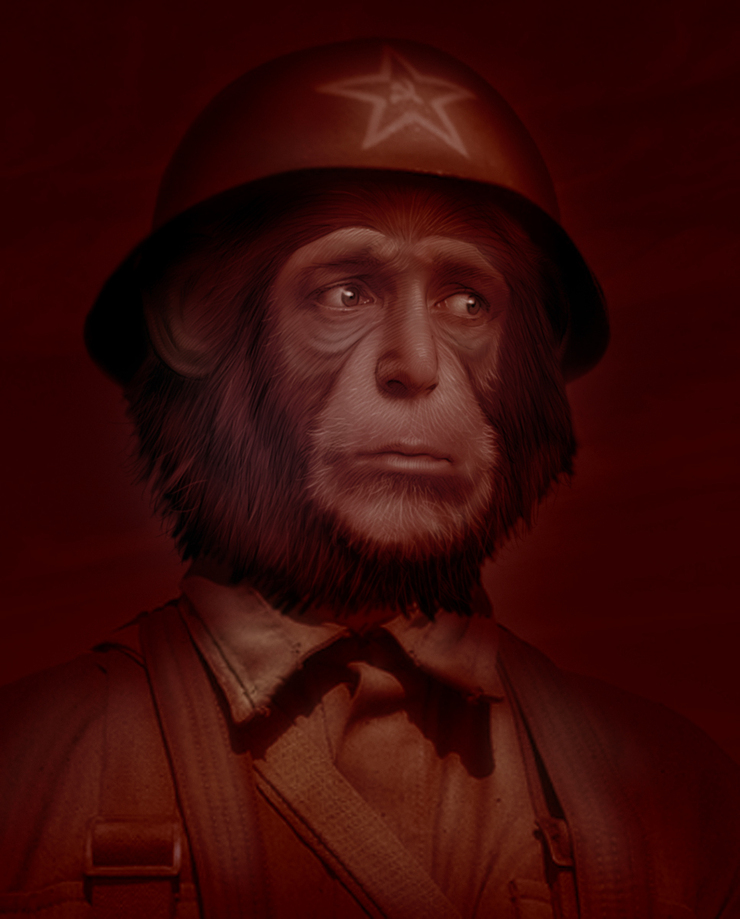 The final sketch, half drawn, half digital. 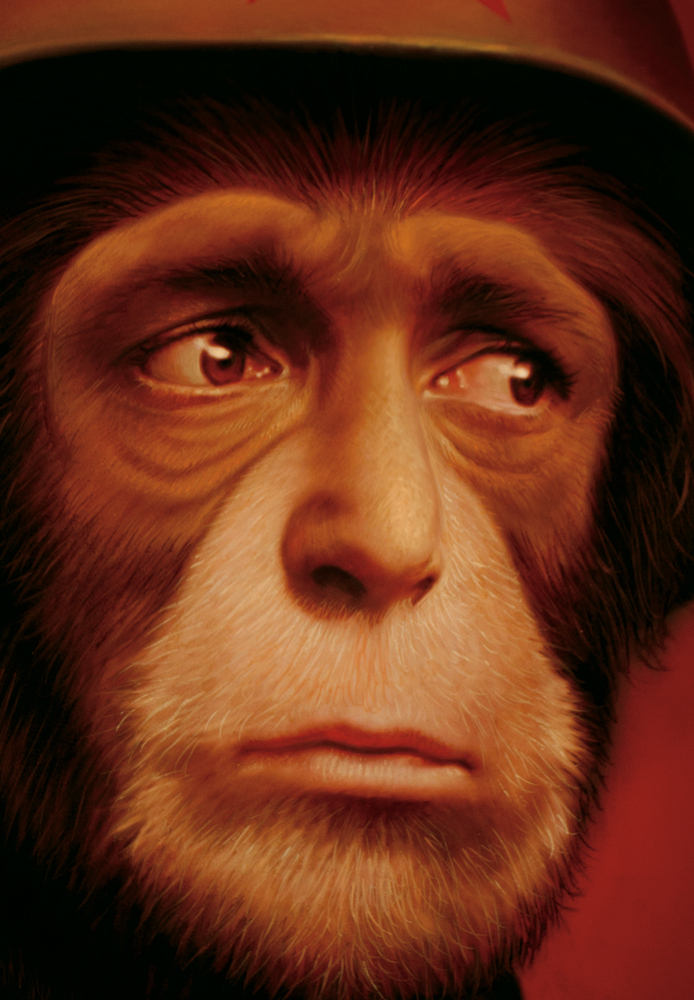