The God Project for Stanford Magazine

Genome technologies could bring back extinct species such as (from left) the smilodon, woolly mammoth, thylacine, ivory-billed woodpecker, dodo and Pyrenean ibex.
The God Project

Recently for Stanford Magazine, I was asked to illustrate an article about the idea of bringing back extinct species.
I did art for a similar article a few years ago for Mike Mrak at Scientific American.  These stories always produce such great images.
What I hoped to try was a bit of an homage to a mentor of mine from college, Rudolf Zallinger.  He painted the Age of Reptiles at the Peabody Museum in New Haven Connecticut that was subsequently and rather famously published on the cover of Life Magazine.  This was perhaps the first painting I ever saw as a child and it loomed large in my mind and still does.
Of course, on a much smaller scale, I was asked to work up two solutions.  One was a zoo of these animals and another was a walking image.
I had my doubts about he zoo image from the start.  In recent years the simple notion of a zoo has become an ethically questionable endeavor.
After sending my walking sketches with a few variations, I took on the zoo image.  Sometimes as an illustrator we need to pursue a direction we may not really want to because it is requested and it is my job to make it work.  I think I could have done the zoo image if I had to.
2014 so far has been an odd year for me.  I get hired for assignments and submit sketches I am really excited to do and am then asked to go in a different direction, one that is not the best direction.  So, in my mind, there is an alternative year floating just out of reach that COULD have been my output but is not.  When this one appeared to be moving that way too it was so thrilled to see my original sketches approved.  I provided a glimpse of the alternative idea and helped them decide which would look best.  My detailed sketches can work in my favor in times like these.

A big ‘thank you’ to Giorgia Virgili for her patience and willingness to reconsider the sketches.
As for bringing back extinct species, that seems like a nice Jurassic Park notion but I would just love to see the humans we love made healthy, free from illness and to have nice long lives…and I’d like to see a Wooly Mammoth in the flesh, or the fur. 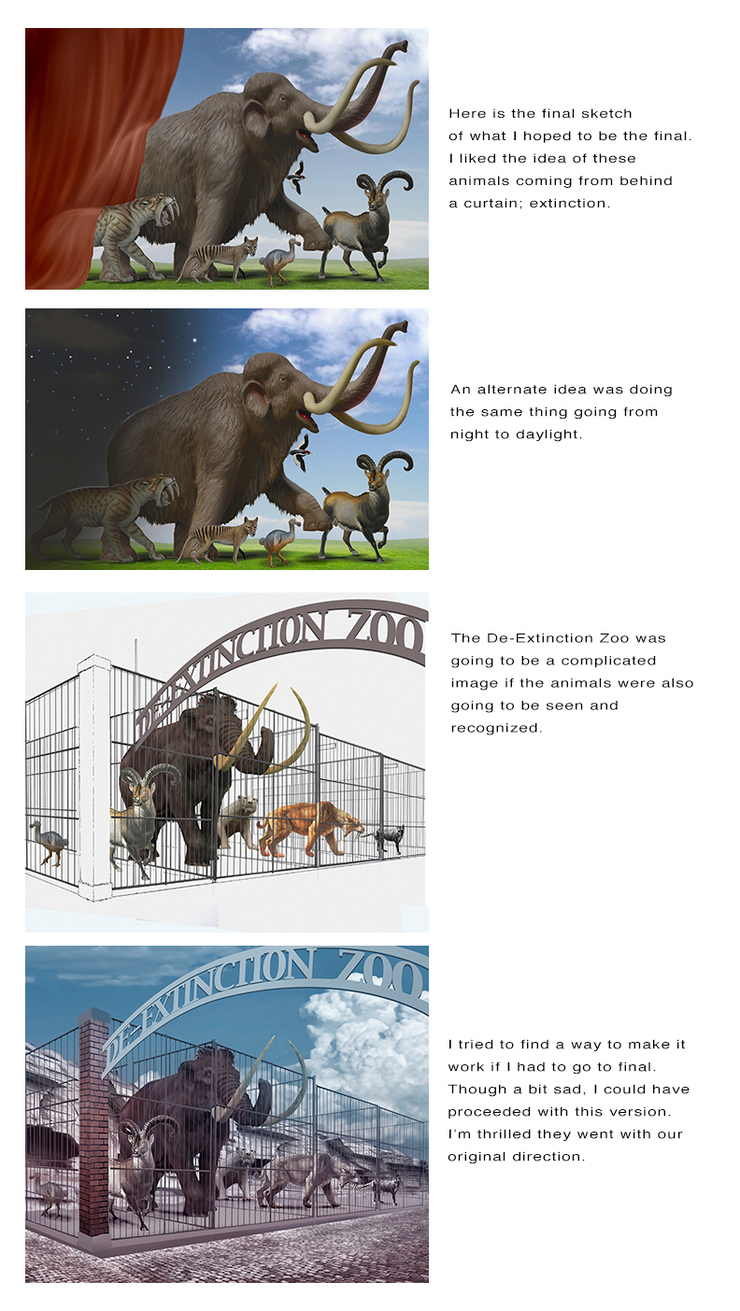 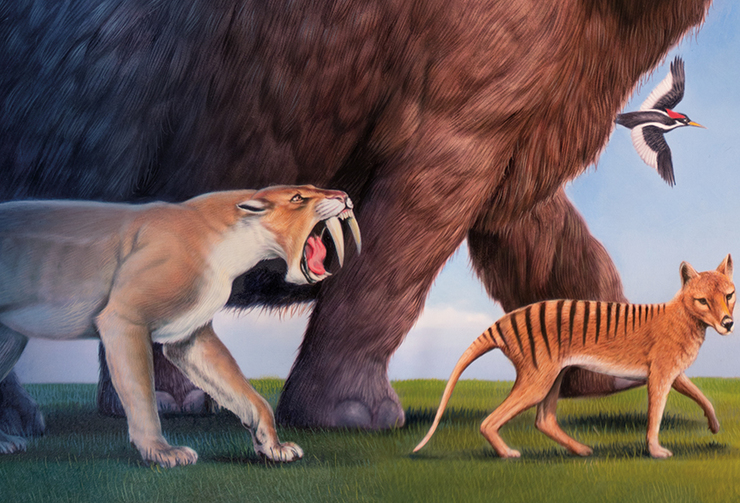 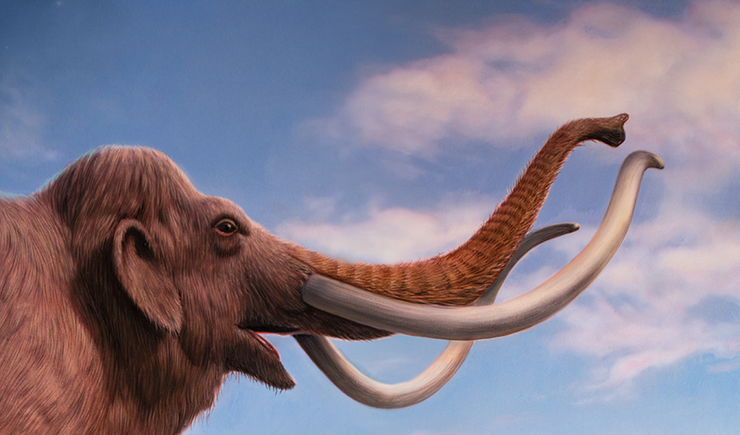