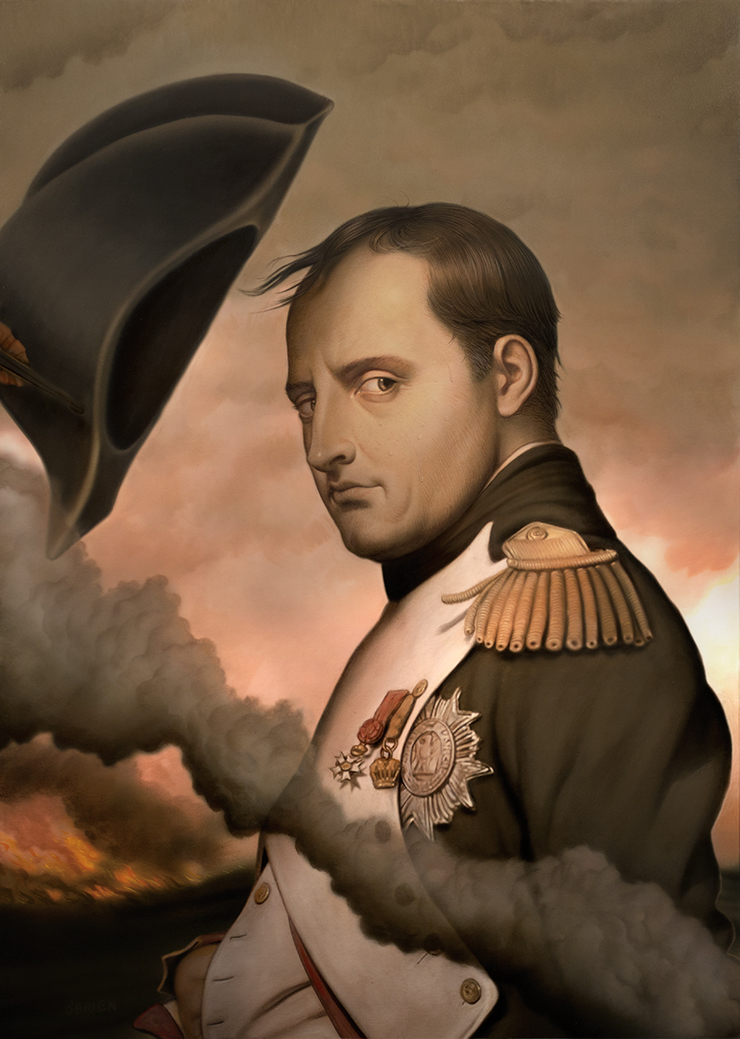 Final Art
I was commissioned by Smithsonian Magazine to paint a portrait of Napoleon Bonaparte for the current issue.  The article had an interesting thesis that asserted that we would have been better off if Napoleon never lost in Waterloo.  Certainly he would have been.
The idea I let float around in my head for a while was a smirk.  I envisioned a Napoleon portrait of the regal, diminutive emperor with a dejected smirk on his sweaty face.
From the article:
"If Napoleon had remained emperor of France for the six years remaining in his natural life, European civilization would have benefited inestimably. The reactionary Holy Alliance of Russia, Prussia and Austria would not have been able to crush liberal constitutionalist movements in Spain, Greece, Eastern Europe and elsewhere; pressure to join France in abolishing slavery in Asia, Africa and the Caribbean would have grown; the benefits of meritocracy over feudalism would have had time to become more widely appreciated; Jews would not have been forced back into their ghettos in the Papal States and made to wear the yellow star again; encouragement of the arts and sciences would have been better understood and copied; and the plans to rebuild Paris would have been implemented, making it the most gorgeous city in the world.

Napoleon deserved to lose Waterloo, and Wellington to win it, but the essential point in this bicentenary year is that the epic battle did not need to be fought—and the world would have been better off if it hadn’t been."
(Read more: http://www.smithsonianmag.com/history/we-better-off-napoleon-never-lost-waterloo )
~~~~~~~~~~~~~~~~~~~~
It's a funny thing about smirks, if you look them up, they are all over the place.  The best ever was that amazing real moment when McKayla Marone, the Olympic gymnast let her feelings show on the medal stand in London after receiving her silver (See below).  By putting a smirk on Napoleon in the final, it might lean too 'cartoonish' for me and lose the power of the hat or 'crown' being knocked off.  I had to figure out how far to go with it and in the end I went with suspicious.
Inspired, when it came time to deliver sketches, I felt I had several good options, but something about that first sketch worked for me and it was the hat being blown off his head with a minimal smirk.

Thankfully, my favorite sketch was chosen by the wonderful Maria Keehan and I was on to the final art.
I also made a short gif of the hat being blown off, but it's not quite an 'evergreen' gif as the hat has to go back onto his head eventually. 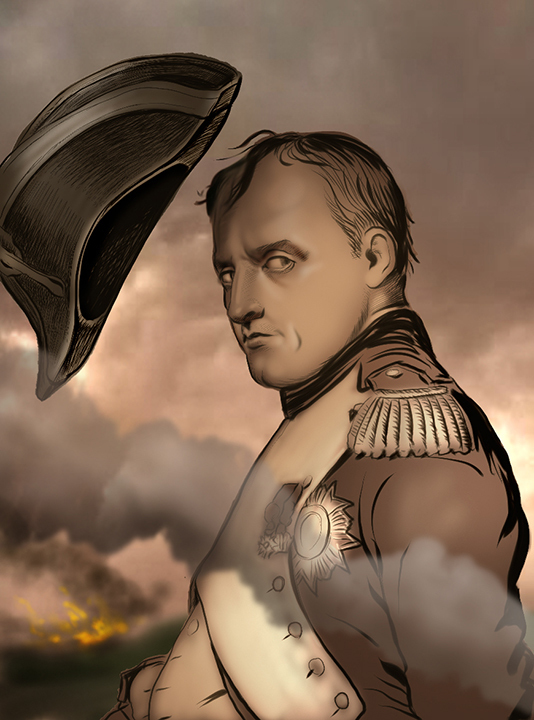 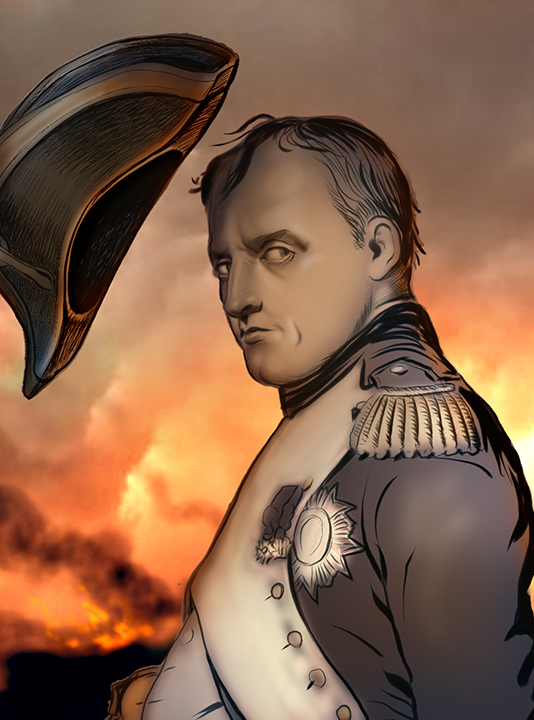 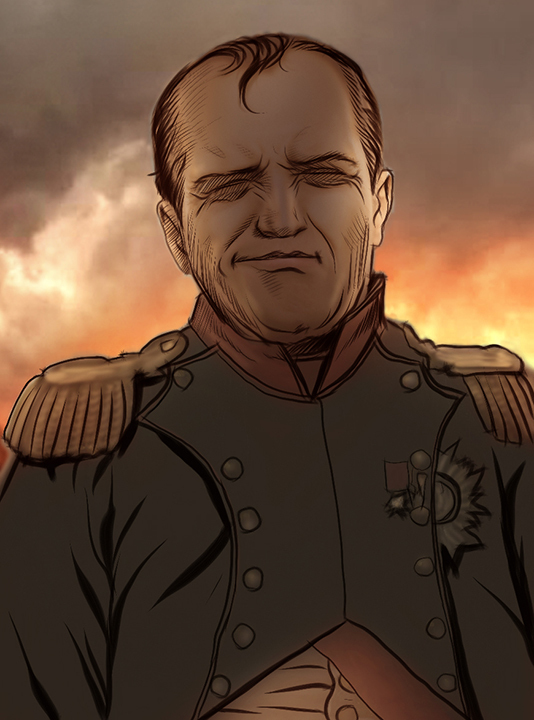 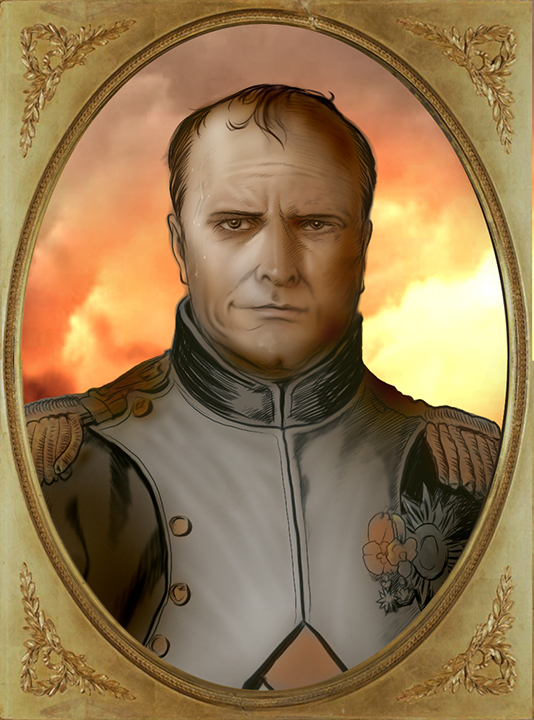 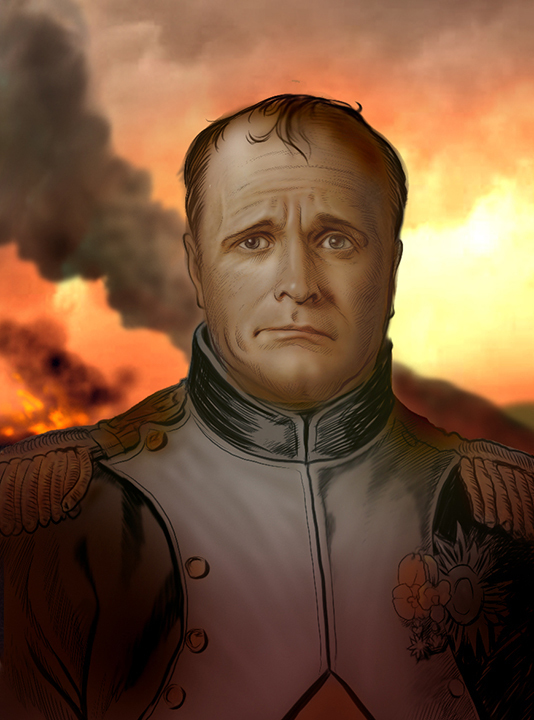 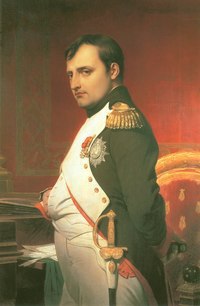 The Hippolyte Delaroche painting my image was based on. 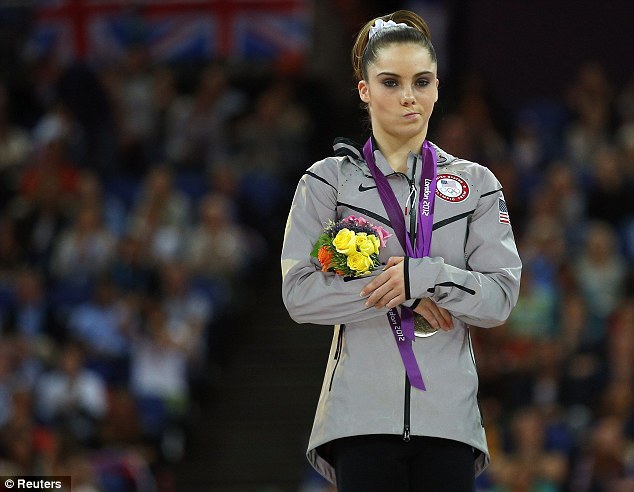 Napoleon Gif
Close-up of a sweaty and concerned Napoleon. We decided to keep the color weak in the final art. 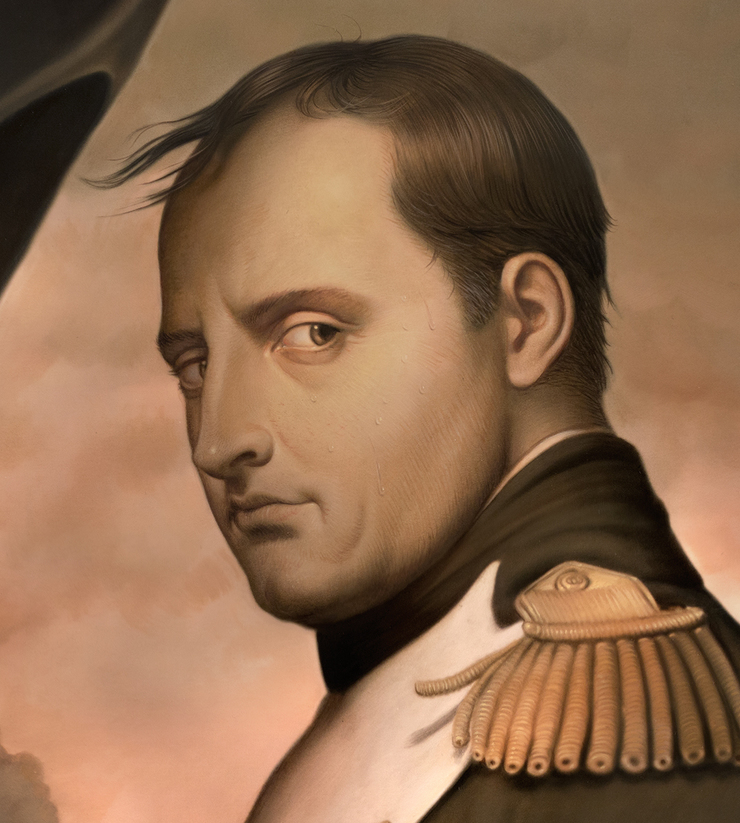 Close-up of a sweaty and concerned Napoleon. We decided to keep the color weak in the final art.