Putin for the Wall Street Journal 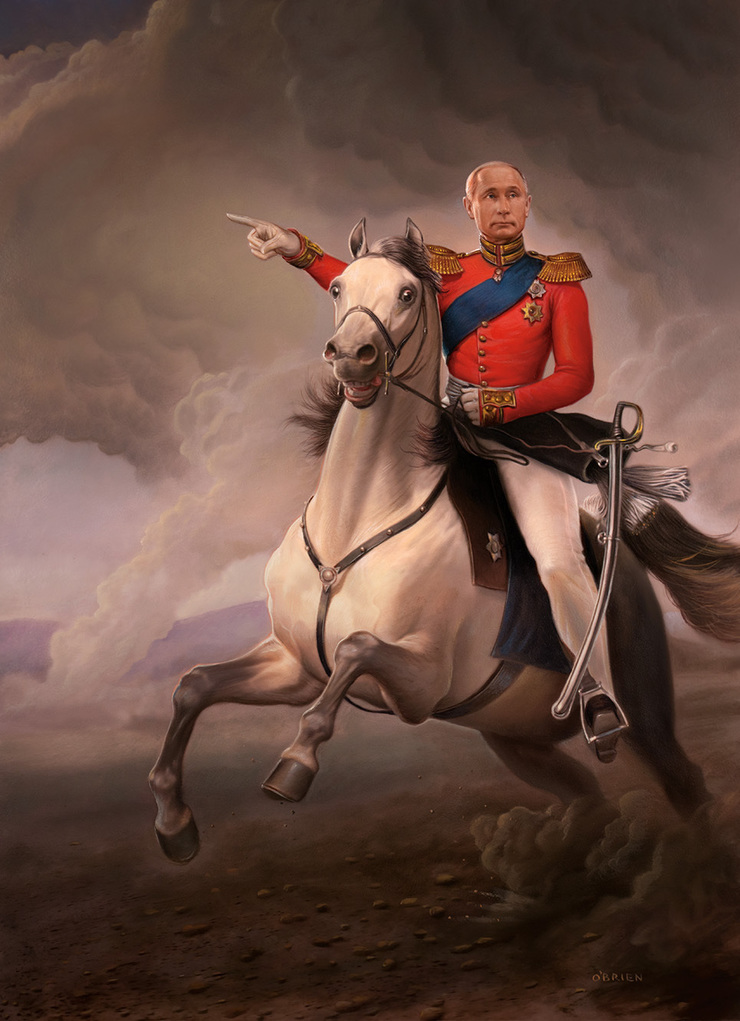 Our world seems to have an open assignment that some leader seeks to take in every era.  Who would seek to be an expansionist leader and rule with intimidation and fear all under the guise of being exceptional?  In 2014 that is Vladimir Putin.  I've painted him several times including as a person of the year for Time a few years ago (didn't run).  He is a walking cartoon of how he acts and I think this is one reason that there are not tons of illustrations of him in articles and covers.  He makes scowls, sinister stares and dead eye expressions that work as simple photographs.  Illustration works well in cases were a writer seeks to make a broader point and uses some sort or historical or literary analogy.  In this case it was Putin as a classic Russian Czar.
I had a great, and I mean great source painting to work with as requested but had to swap out the czar for Putin.  Sometimes a job is a rush and I have a limited amount of time to do the work and need to size the painting smaller in order to finish it in time.  This assignment for the Wall Street Journal started as a one week painting but it then got pushed, which allowed for a bit more detail.  I learn so much doing these kinds of pieces and know I'm standing on the shoulders of master painters to do my illustration.
The original painting was by Franz Kruger 1797-1857 and it's of Alexander II.  I removed much of the background in simplified that as added more monumental clouds.
The smartly written piece is by Leon Aron and concludes with this:
"Mr. Putin's appeals to the unique ways of Russia and Russian civilization may not be enough, however, to force the country back toward dictatorship, especially after the brilliant moral explosion of glasnost and a decade and a half of liberty. Russia's fate will be determined by how much repression he is prepared to deploy—and by the wishes of the Russian people, who now face a choice between living in a normal country or in one that is aggressively and chauvinistically exceptional."
I don't know how Russia will evolve under more years of Putin, but I do think there is going to be many illustration assignments with Putin as the subject in years to come. 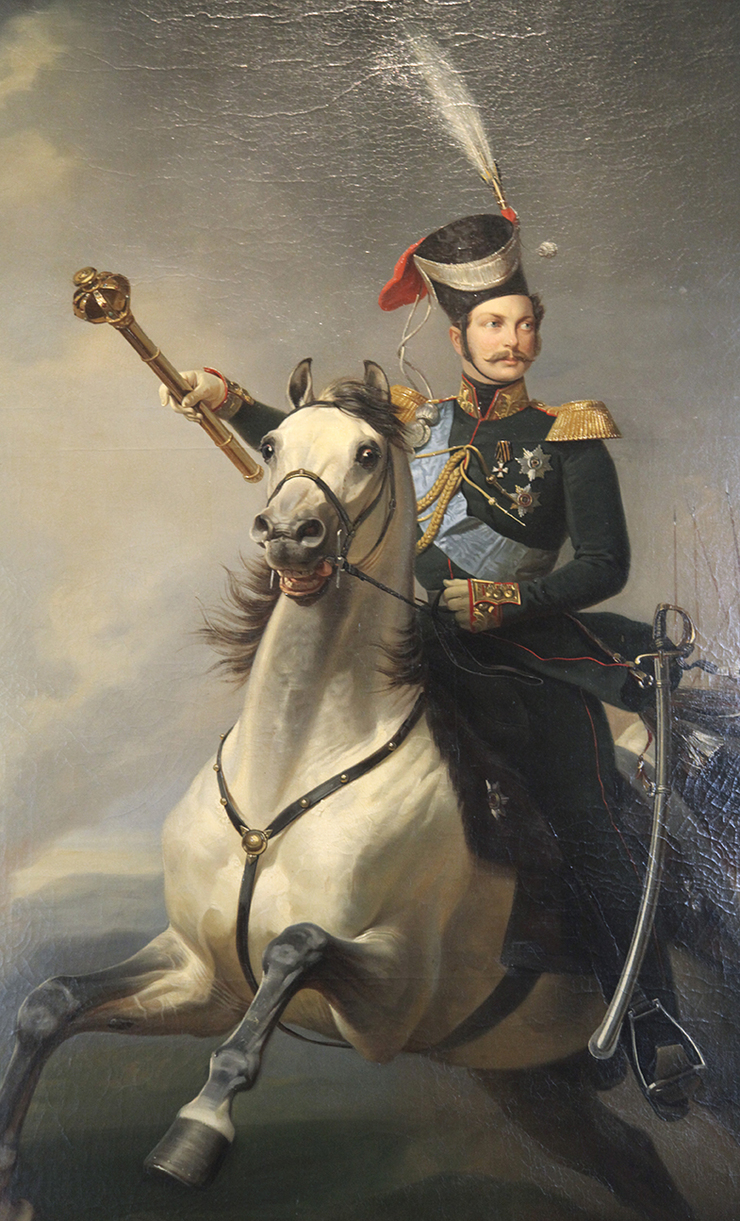 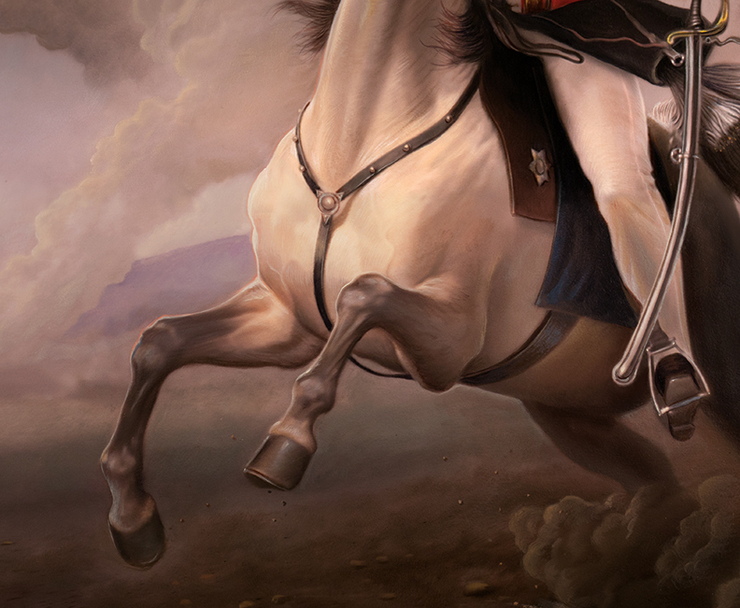 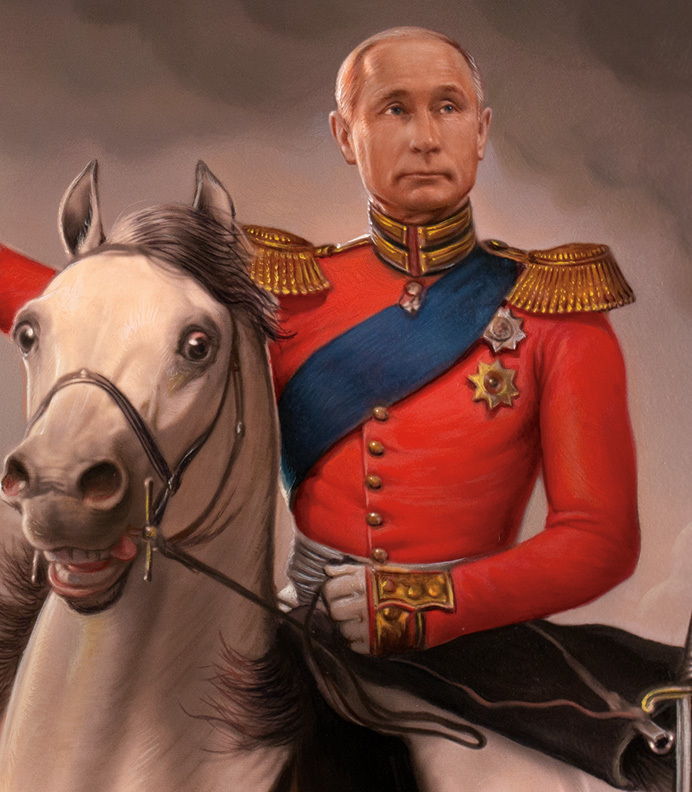 I also was in the New York Times this weekend and had a fun time painting a suitcase with two men holding it.  The article was about gay travel and how so many places seek out gay and lesbian travel business.  I thought I'd tack it onto this Putin painting because I know how much Czar Putin loves gay people.
Both the New York Times and the Wall Street Journal use illustration is such a bold and grand manner and I must admit a but of jealousy each week as I see so much of it in print, above the fold and looking spectacular.  I'm thrilled to have been one of the illustrators this weekend. 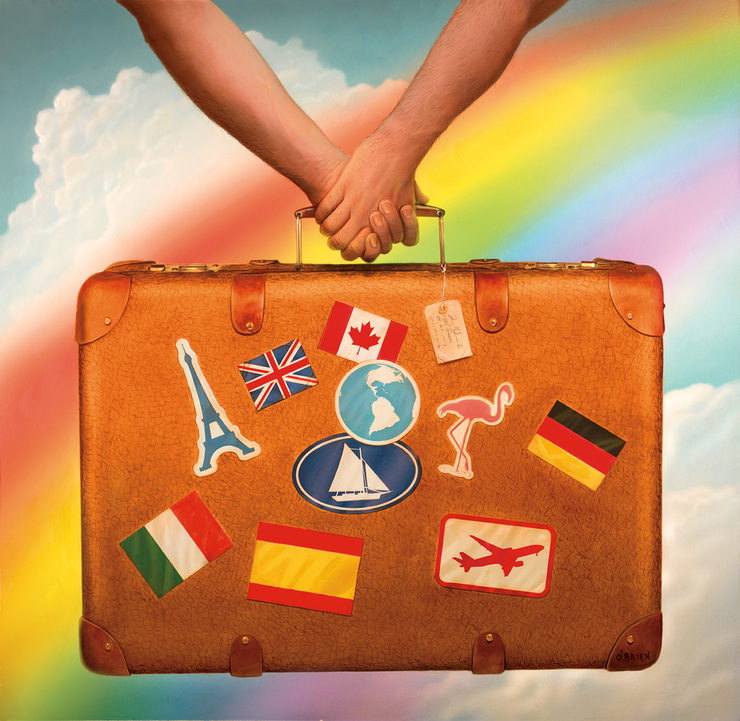 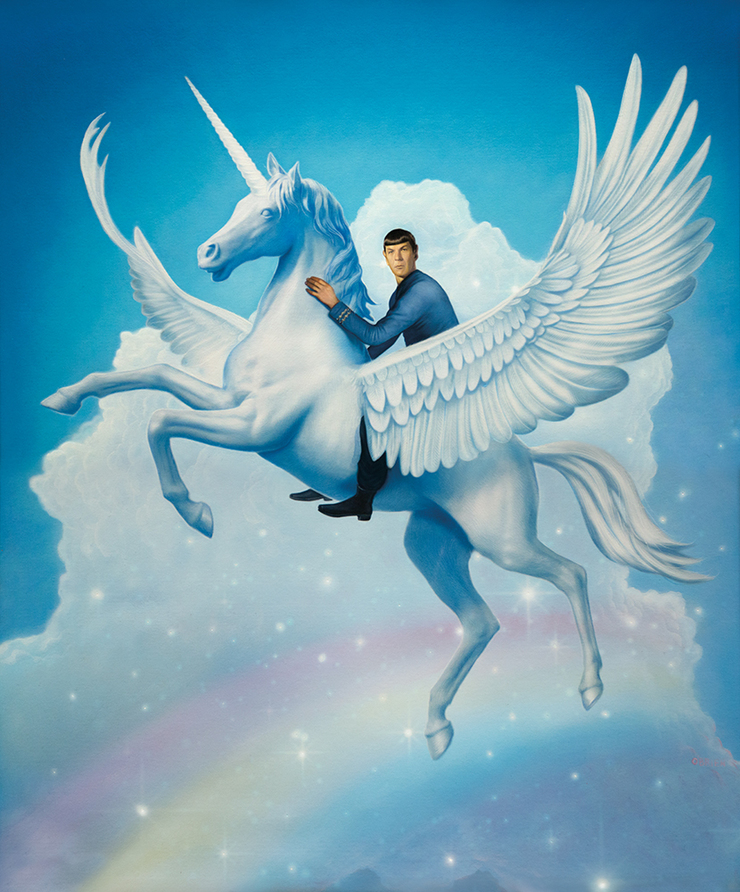 You never know when something you've painted in the past will prove useful again.
As an homage to a good friend who is having a hard time, I added his name to the label.  He's in the minds and hearts of many of my friends and family these days.
Much love Dave. 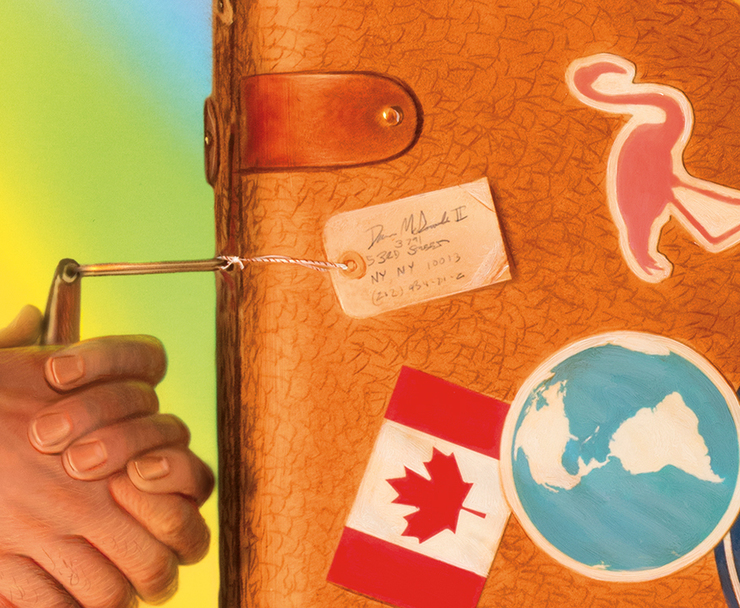