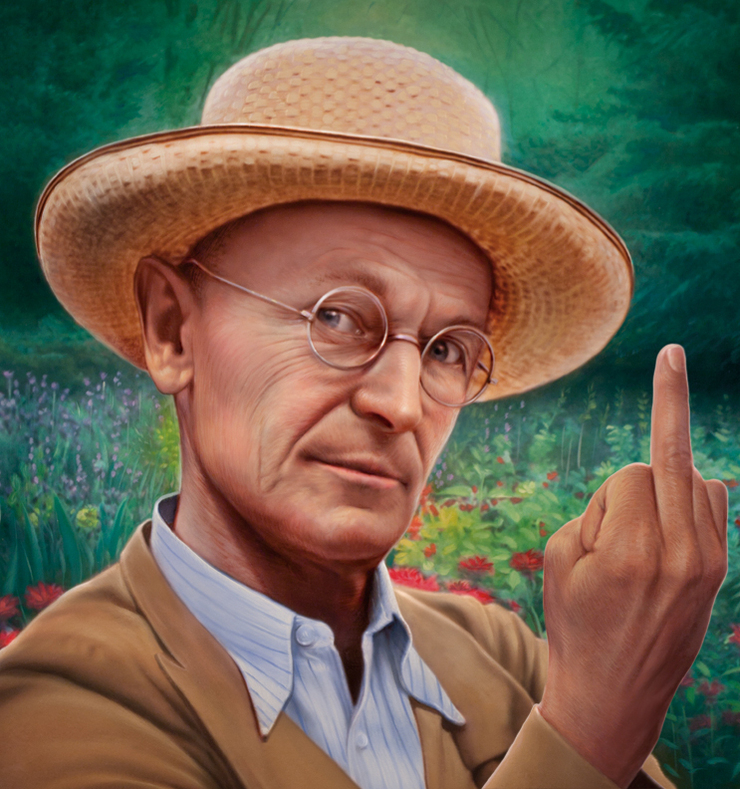 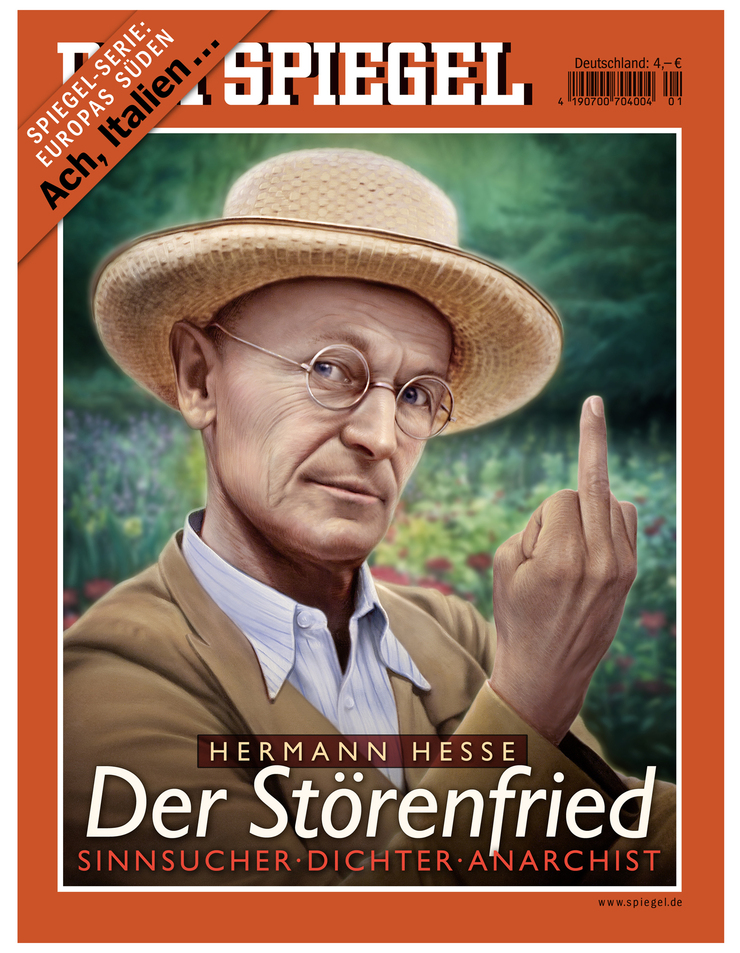 Last week I received a call from my good friend Stefan Kiefer, AD of Der Spiegel.
He wanted me to paint a portrait of Hermann Hesse for their cover honoring him, 50 years after his death.  Hesse is BIG in Germany and Stefan was eager to have me do a classic illustrated cover of him.
Hesse German-Swiss poet, novelist, and painter. His best-known works include Steppenwolf, Siddhartha, and The Glass Bead Game, each of which explores an individual's search for authenticity, self-knowledge and spirituality. In 1946, he received the Nobel Prize in Literature. Hesse's works have been translated into nearly 60 languages, and at least 125 million copies have been sold worldwide.

In researching this illustration, I asked one of my Father-in-laws, David Leverenz to tell me what he knew of Hesse and his writing.  David is a just retired English professor at the University of Florida.  He talked of Hesse's writing, his search for self discovery and how Hesse was popular in the US in the 60's.  It was common to see a Hesse book in the hands of a young, hip guy.
Stefan asked me to think about what I might like to do but that he would also mull it over and get back to me with a concept.
I did and he did.  His was better and very Der Spiegel, meaning bold and brave. 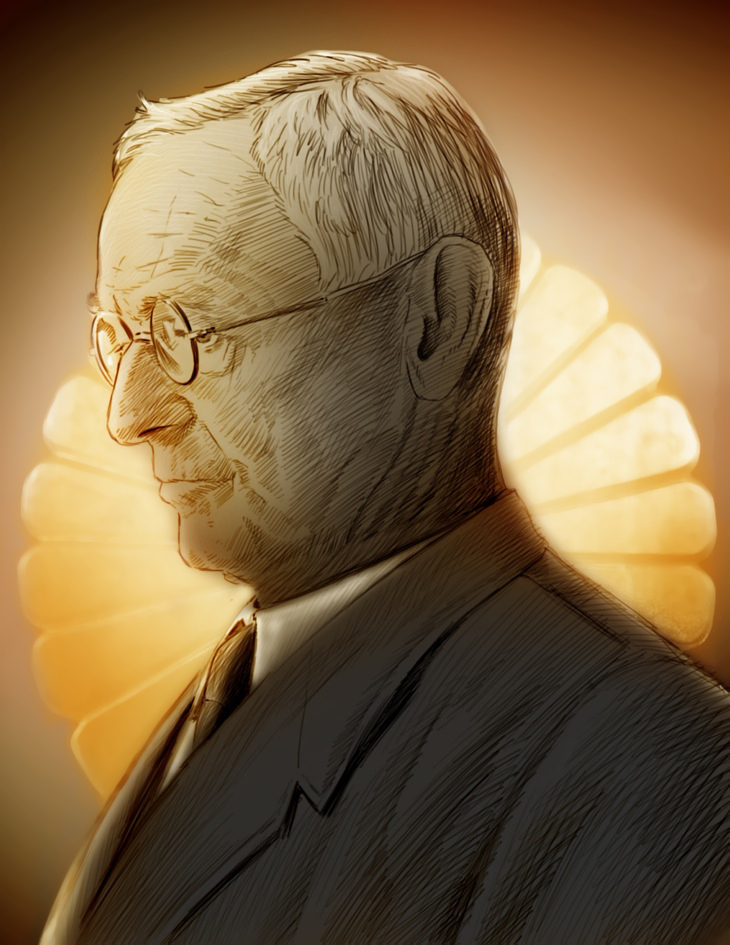 My sketch was based on an image I loved of his profile and a subtle hint of Eastern Religious iconography in the background.
I know Stefan and when he says he'll also think of an idea, he will think of a great one.
Sure enough the next day with great enthusiasm, Stefan offered a anarchist take on Hesse.  A summer cover image complete with a garden setting.

I did a sketch and that was going to be the cover (I can't show the unpublished image) but I was urged to then consider another source photo.  The image was a good one and I was allowed to go to finish without showing a new sketch...the best thing about a long relationship with an AD is when they REALLY trust you.  Off to the easel I went.
One thing though, Stefan didn't know if the finger would be approved so he asked me to paint the finger separately and then offer the final in layers.  Damn, this was more difficult as I was doing oil paintings here and I had to do some post Photoshop work to make them match. 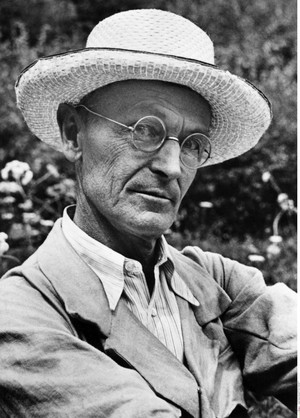 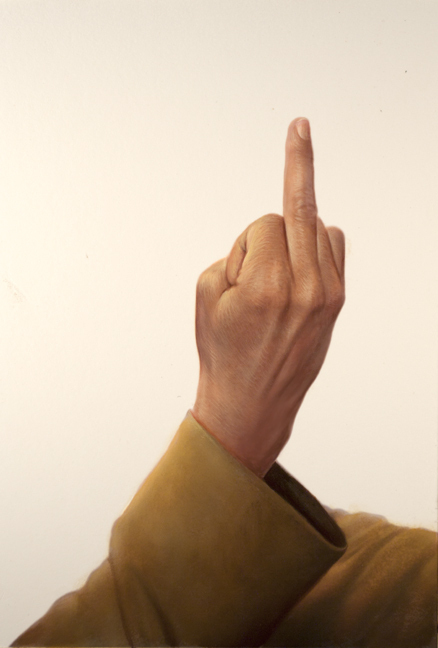 The finger painting. I'm sure some friend will get this one in the mail at some point. You don't want to get this one. 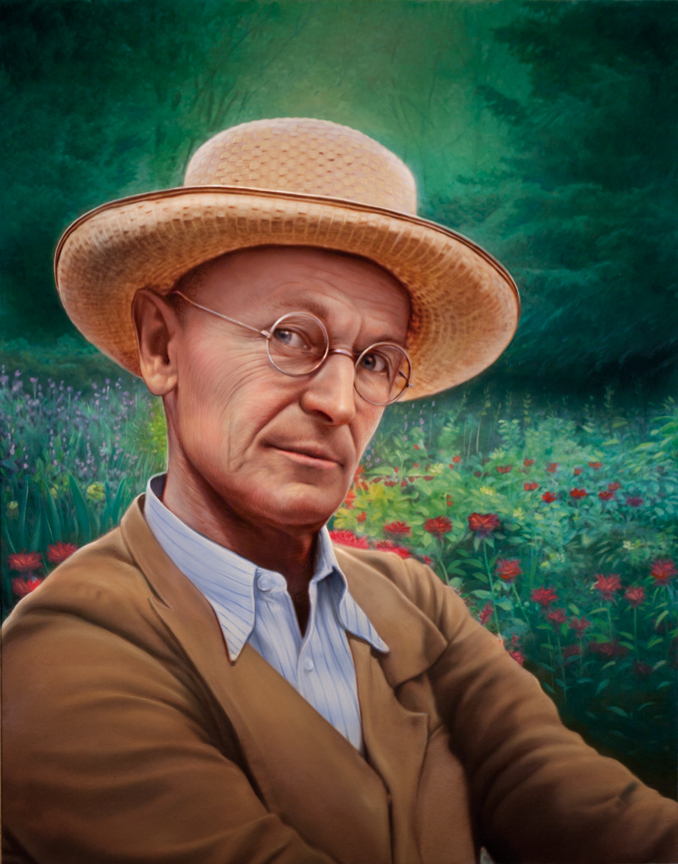 The pretty portrait of Hesse. This is how the final painting looks. Note, the final illustration sports a more blurred background to make the finger POP. The blurring works wonders. 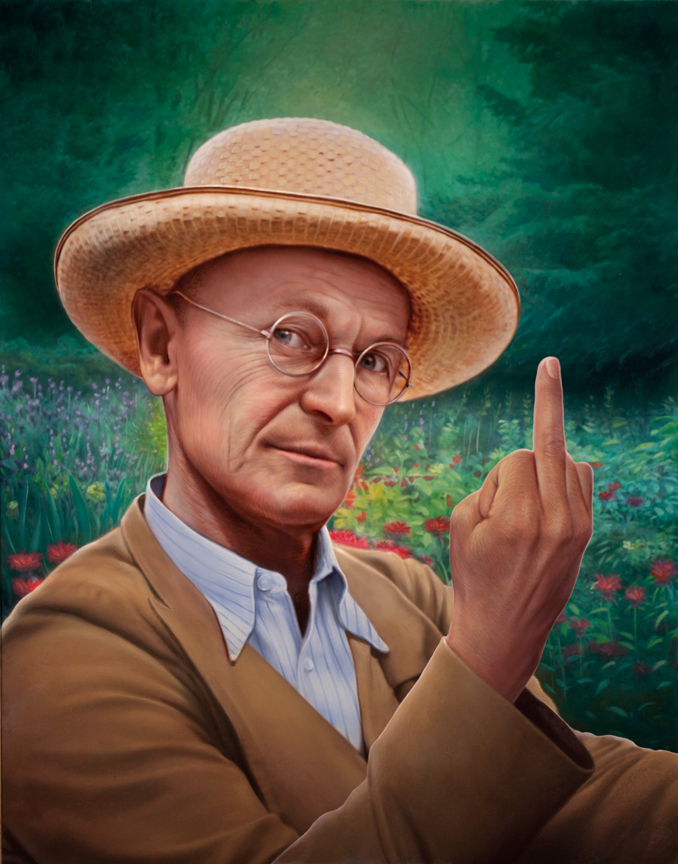 Man, I'm posting too many images of this painting, but this is the final version with the finger. 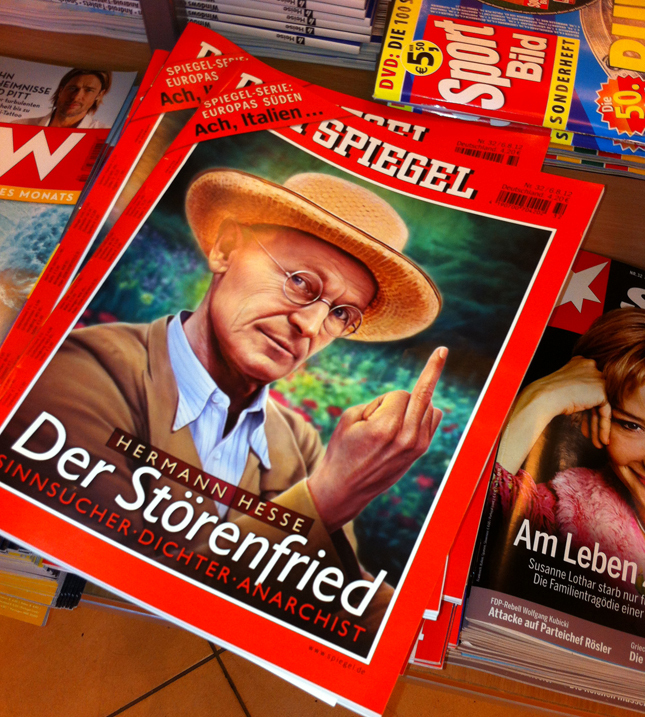 This is a shot from Stefan in Munich the day in came out. 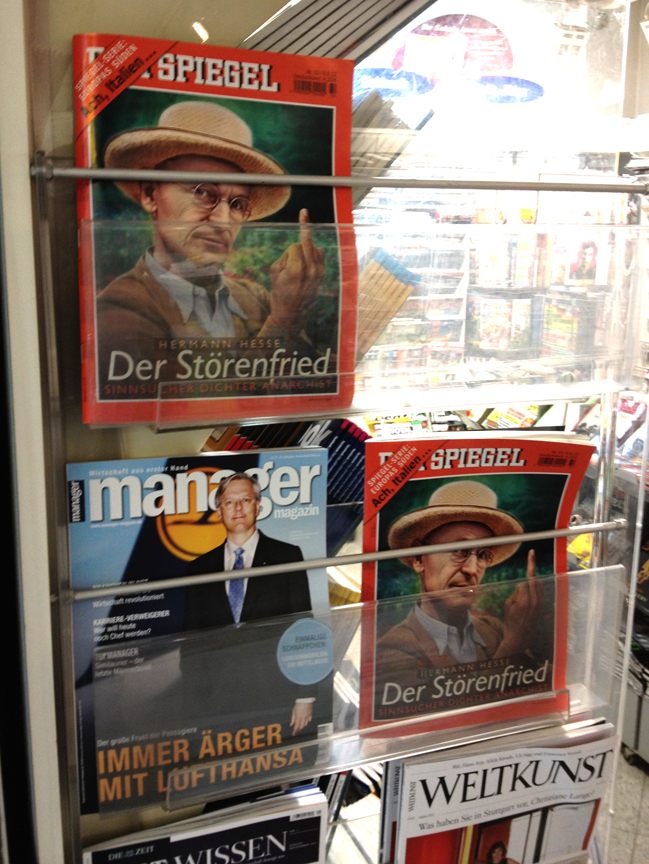 This image was shot by Marc Burckhardt who is in Germany right now. Thanks Marc! I'm following you!
Thanks to Stefan and the editors at Der Spiegel for their trust in me and for their bold use of illustration.