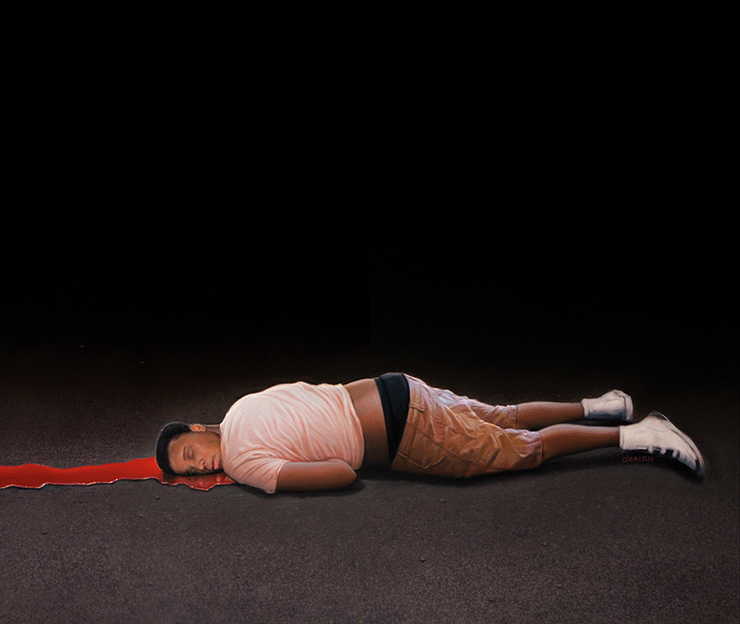 This summer I was troubled, as were many other Americans, when an unarmed black man, Michael Brown was killed in Ferguson, Missouri.  This followed the case of Treyvon Martin and was followed by Eric Garner's choking death (recorded) in Staten Island.
No matter what you feel about Michael Brown or other recent deaths of unarmed black men, 2014 was the year it came to a boiling point.
Just prior to the verdict in Ferguson, I was asked to illustrate Michael Brown on the ground.  For me, the awful video of his body prone on the pavement, in the hot sun was hard to watch.  Imagine the pain of his family seeing him there for almost 4 hours. Writer, John H. Richardson wrote a piece for ESQUIRE about the incident and how it endures through the eyes of his father, Michael Brown Sr. 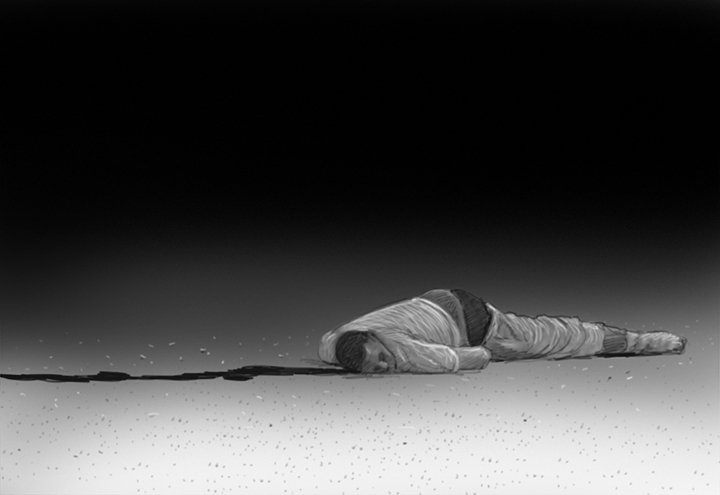 Rough sketch based on the low quality long distance photograph. 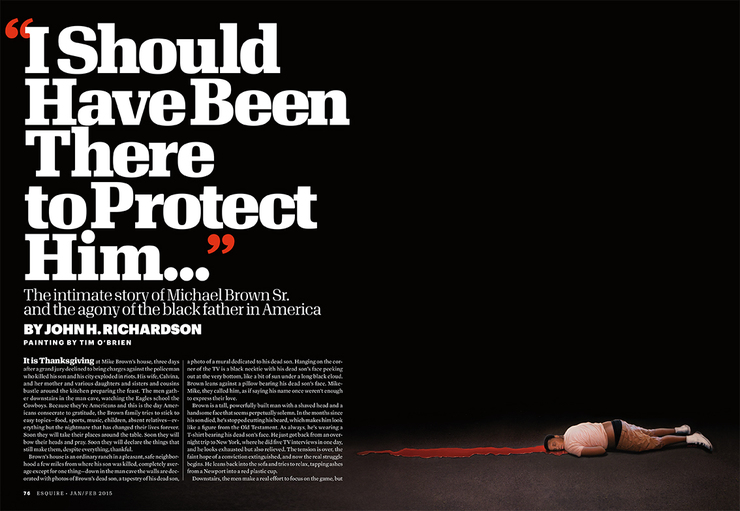 This is the powerful layout in the magazine. Thank you to Christa Guerra and David Curcurito for the faith in illustration. 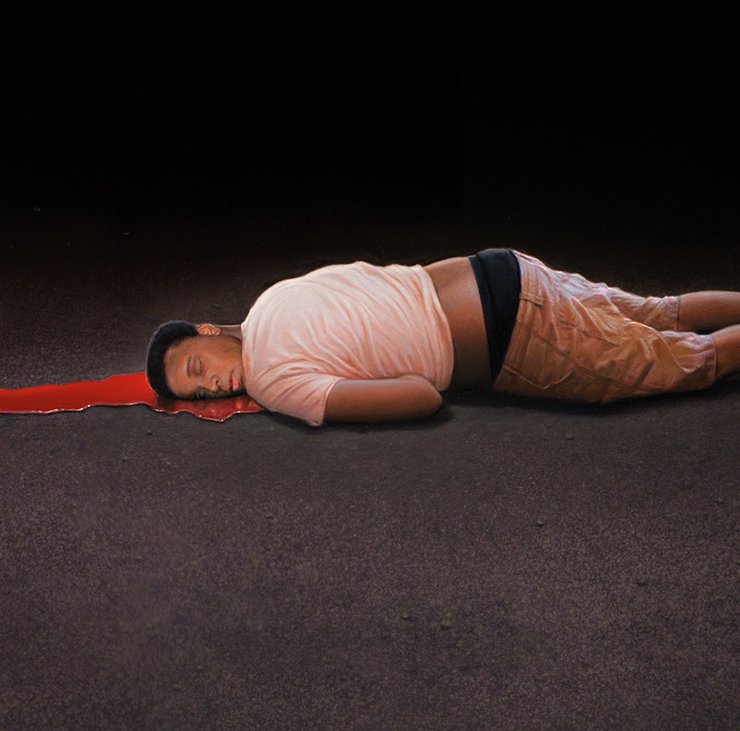 In order to do this piece I had to shoot reference and it's such a removed process to ask someone you know to pose for a piece like this.  In the end I hope it made more real something only seen in grainy quality images.
Years ago I did a similar clarifying piece in responce to Neda being murdered in Iran.  It's a foresnic form a portraiture.