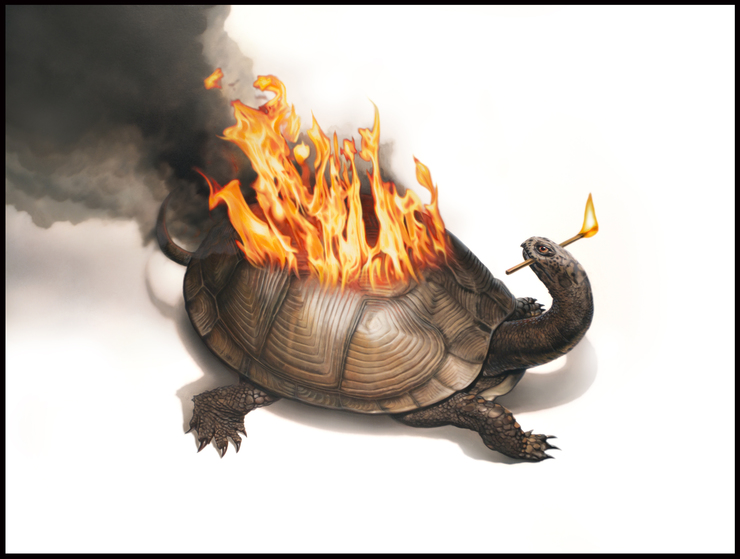 Tortoise Acting Human
Recently I was talking to my soon-to-be former students about sketchbooks. They are so very important and what comes out of them is not only future pieces, but perhaps insights into what we were feeling at the time.  Artists jot down ideas and some sketches are just winners and we go to those first, others need to sit a while, their meaning not clear yet.  Perhaps an element need to come into focus, the right model enters your life or some other aspect changes that 'green lights' the image.
The thumbnail for this was sketched while waiting for my son to come out of surgery last summer.  Grim, I know, but looking back now it's easy to see, while I had no idea what I was sketching at the time, that the tortoise was lighting his own back on fire, hence, we were doing this to our son.  I know both my wife and I were feeling terrible that day, and it all comes out in the art.
A strong image can work in other ways too and I actually thought this image was about a tortoise causing his own demise, an oblique reference to climate deniers and other that imperil the planet and it's species.
When the RJD Gallery (Richard J. Demato Fine Arts Gallery in Sag Harbor) asked for me to participate in a group show to benefit the Southampton Animal Shelter, I pulled out the sketch and offered this painting titled, Tortoise Acting Human, oil and gouache on panel.  Also in the exhibition and sale is a piece done several years ago titled, Dark Horse, oil and gold leaf on panel. 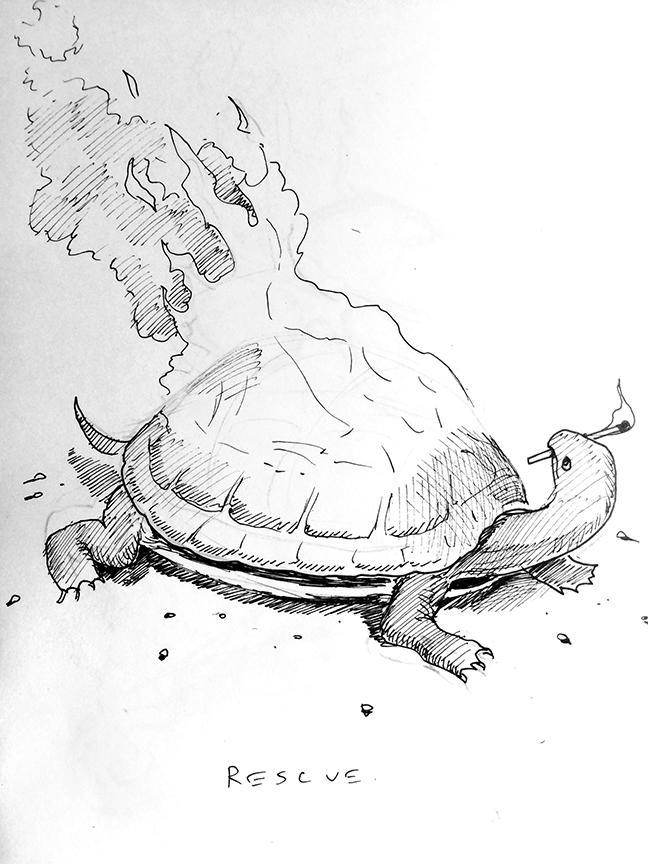 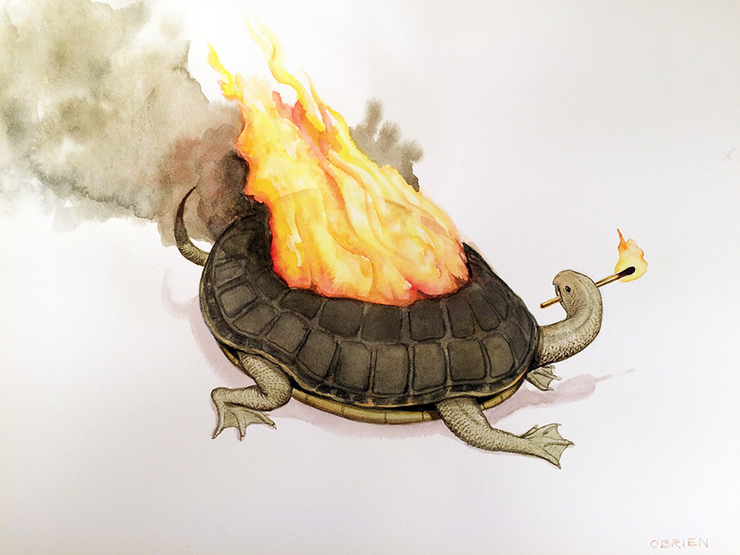 Watercolor done at the end of 2014 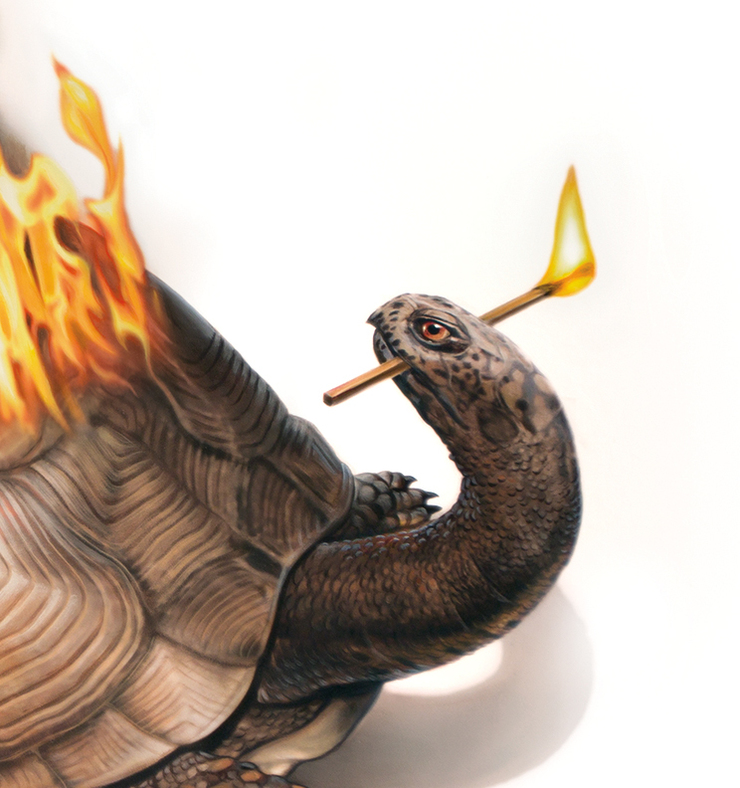 Close up or the poor fellow 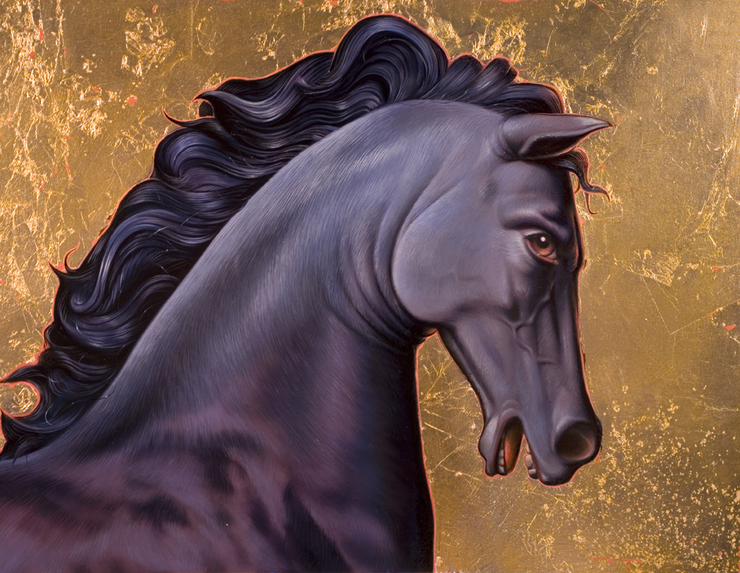 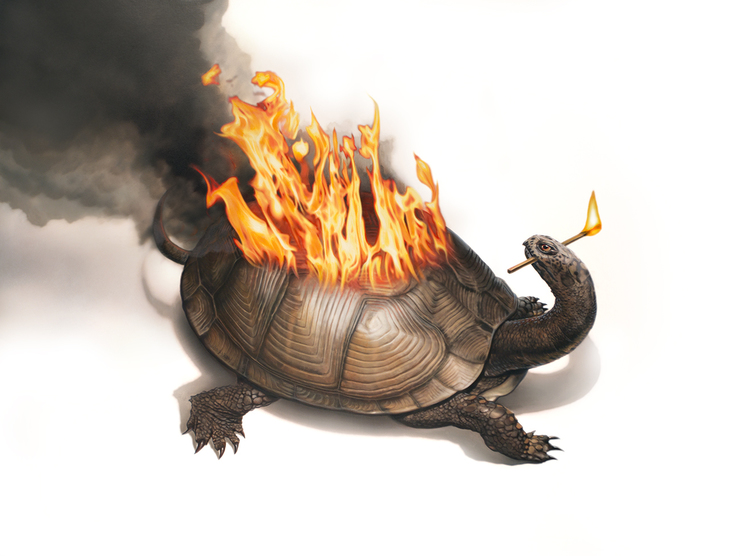