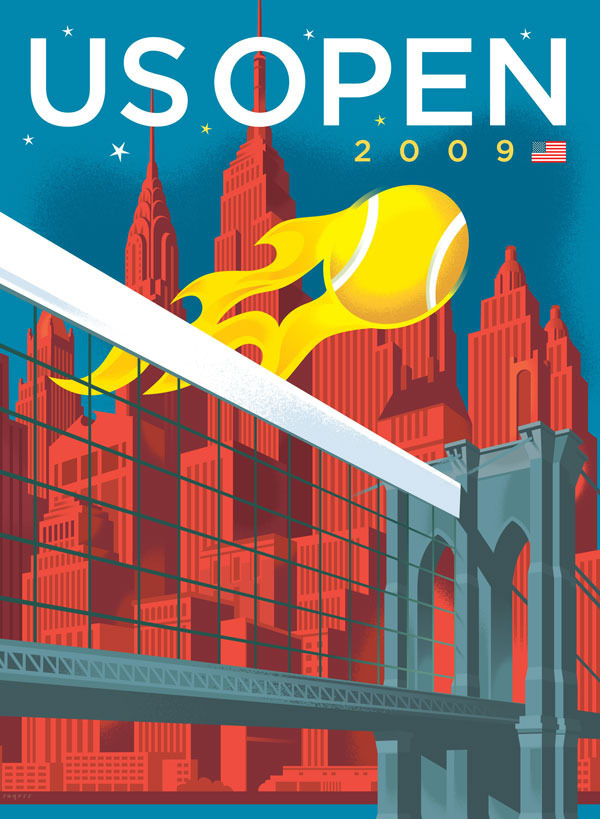 I designed the US Open Tennis Championship Theme Art for 2009. The artwork will be used on posters, banners, tickets, programs, t-shirts, and every kind of souvenir you can think of. Marc Jacobson of the Silverman Group called this winter to see if I’d submit some designs to the USTA. Every year they pay a few artists to produce a couple of ideas for presentation, the USTA picks one, and that’s the theme-art for the tournament.

Here are the sketches I sent to Marc to start talking about some ideas I had. The brief for the project laid out a few very clear requirements that had to be addressed in the design; if a player was depicted, the figure had to be generic enough to be either male or female; New York City is a key element, and the flaming ball logo for the US Open had to appear in the final art. Other key words from the brief were “Entertainment Spectacle, Toughest Tennis, and High Energy” 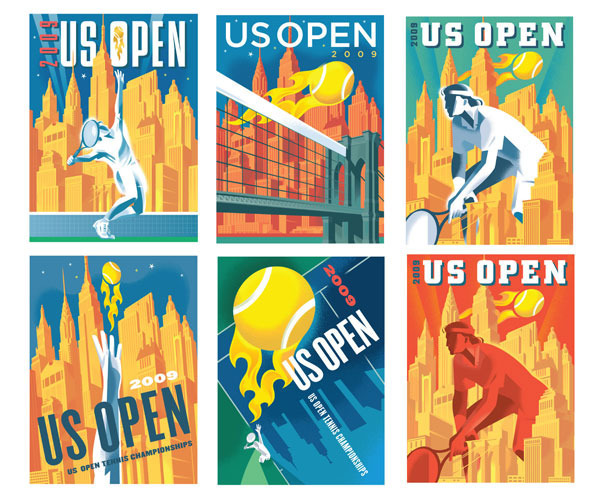 Marc liked a number of the sketches and I developed six color images for presentation to the USTA. On a project like this I tend to over-produce these “concept sketches” because I don’t want to lose the project because I delivered half-hearted execution of an idea. This process is always a gamble, and having more cards on the table sometimes produces a winner. During the pencil-stage I thought I could successfully execute a strong treatment of a player that would be generic enough to be either male or female.  But as I tightened up the image, the figure kept tipping one way or the other, or it just looked like a dude in a skirt. 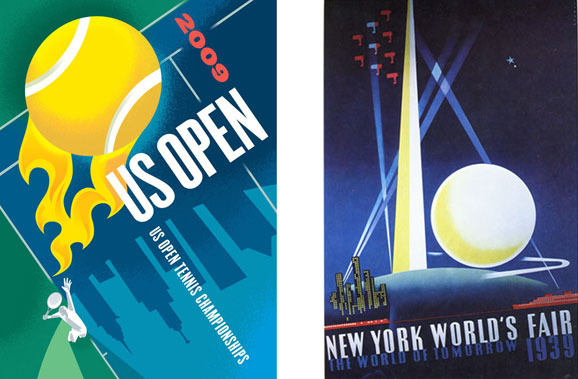 This is the design that I most wanted to be chosen. It makes reference to the classic Joseph Binder poster for the 1939 World’s Fair at Flushing Meadow in Queens, the current site of the US Open. Clearly, no one got that reference but me. 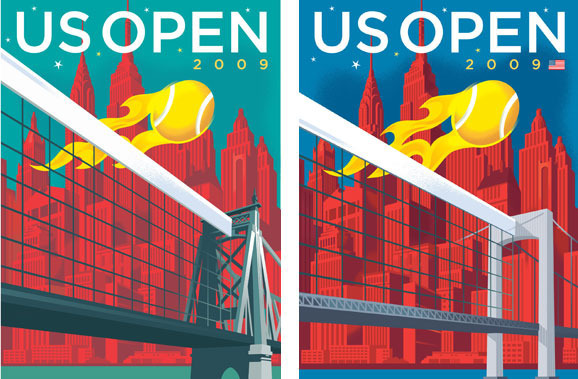 Everyone liked the bridge/tennis net idea. The Brooklyn Bridge doesn’t exactly lead to Queens, so we looked at some other bridge options. In the end we kept Brooklyn as the strongest symbol of NYC. 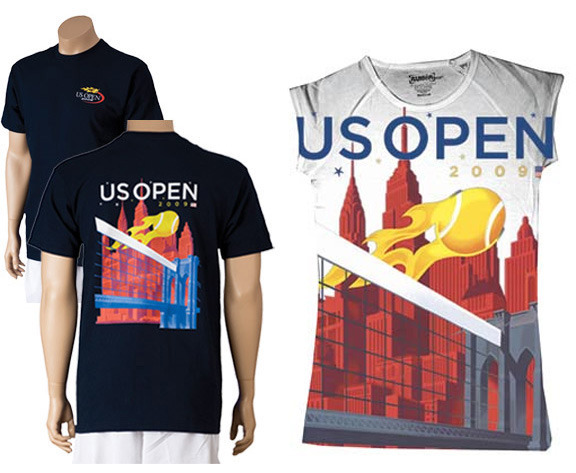 Merchandise and souvenirs are starting to show up now. There’s a crazy amount of applications for the image.