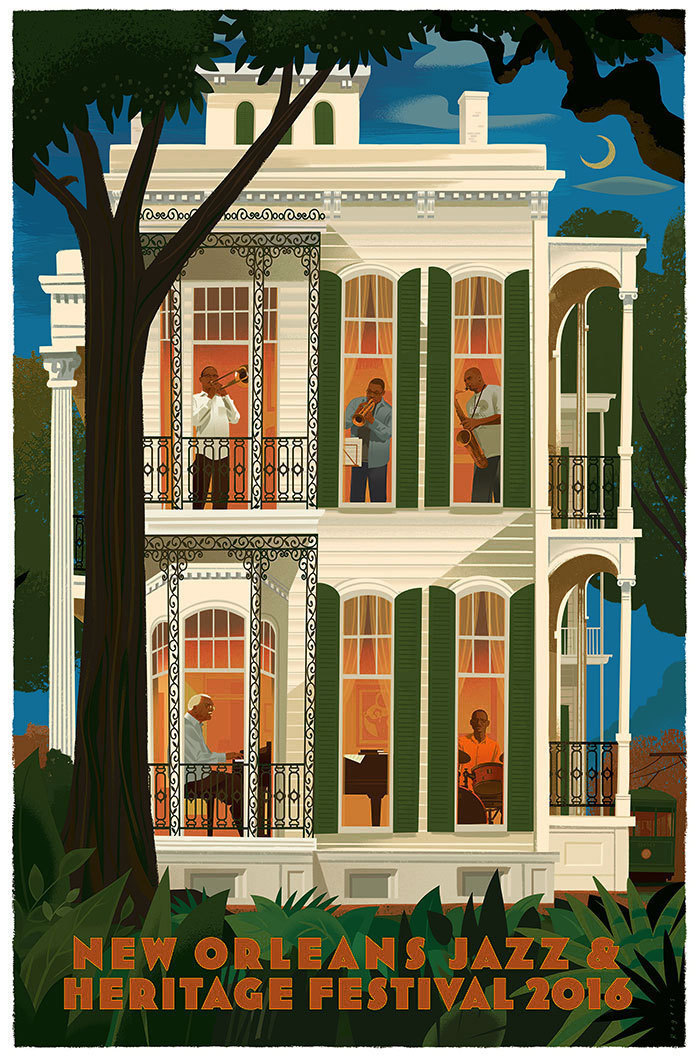 It’s an honor to have designed the poster for the 2016 New Orleans Jazz & Heritage Festival. I’ve been traveling down to New Orleans for JazzFest since 1989 and it’s  the best music festival in the world. So much great music has come out of The Crescent City over the years and there are so many fantastic musicians living there now, that it’s possible to hear wonderful live music every night of the year, and at JazzFest the choices are overwhelming.
The poster series is one of the most collected series in the world and many great artists have created designs for it since 1975. These are limited edition serigraphs, (this year’s is nineteen colors) and there’s an edition that is signed by the artist and also the featured performer. I did the poster in 2002 that featured Wynton Marsalis, and the 2016 poster features the legendary Ellis Marsalis Jr. and his four musician sons, Branford, Wynton, Delfeayo and Jason. Over the years I’ve become friends with the publisher, Bud Brimberg, and every year we talk about his plans for the poster, the artists he’s working with, and possible subjects. Every year I say the same thing, “When are you going to feature Ellis Marsalis?” This year when he suggested we make a portrait of the family, I jumped at the chance to make a companion piece to the 2002 poster.
There’s a reception on Wednesday, April 20th at Royal House Gallery, 813 Royal Street, New Orleans from 4:00 – 7:00 pm, for me and the Congo Square poster artist, the great George Hunt. I’ll be showing some sketches for the poster and a few ink-on-paper drawings of New Orleans musicians and nightclubs. If you’re in town, come by. 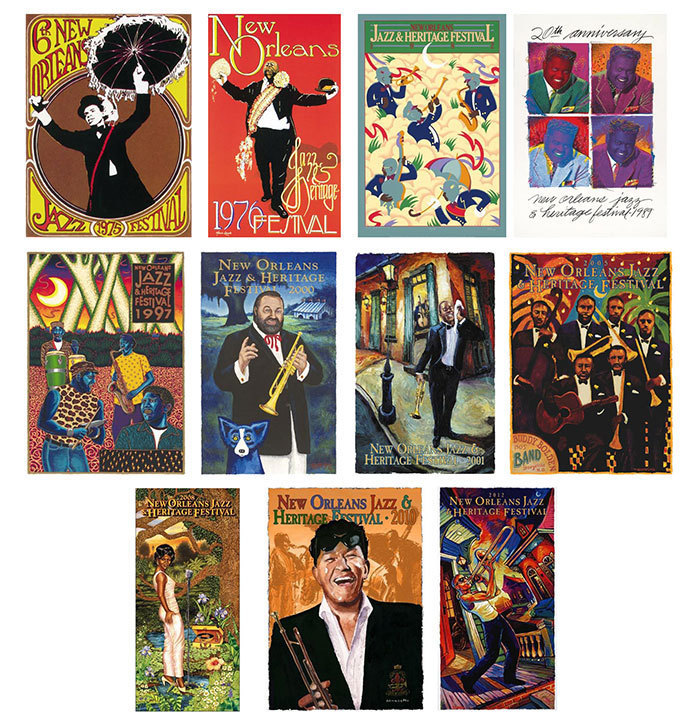 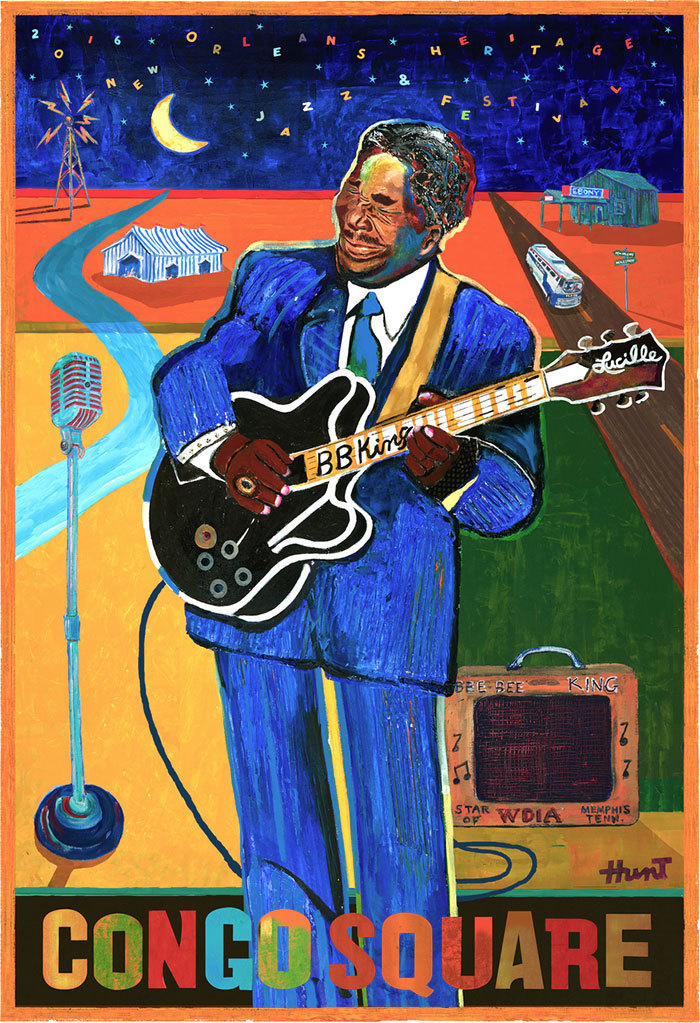 This year's Congo Square poster is a tribute to the late B.B. King by George Hunt. 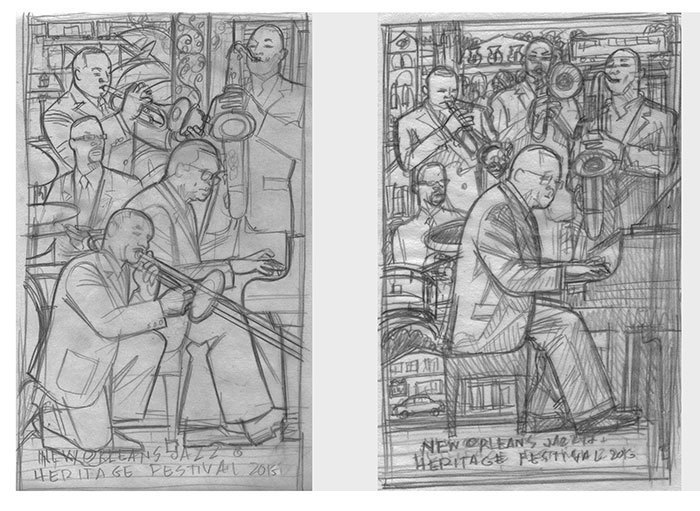 I started off trying to pack the musicians into a pose that echoed a group shot of Louis Armstrong and King Oliver's band. I was also thinking about the mural in the Sazerac Bar at The Roosevelt Hotel 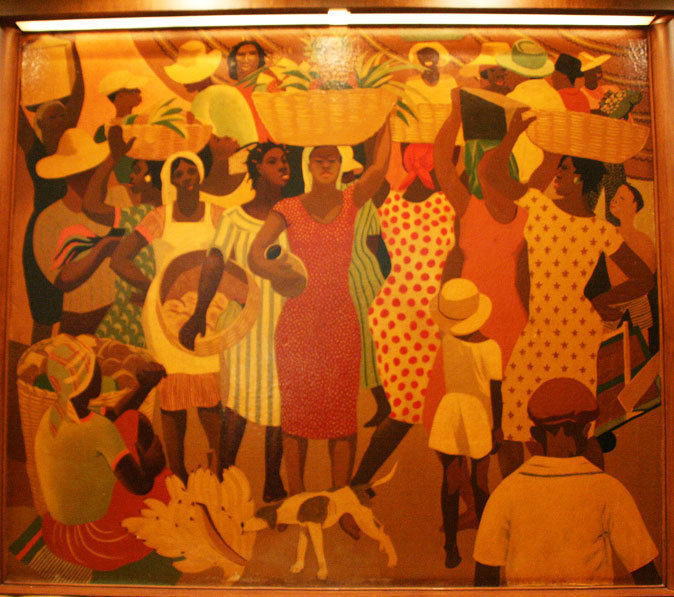 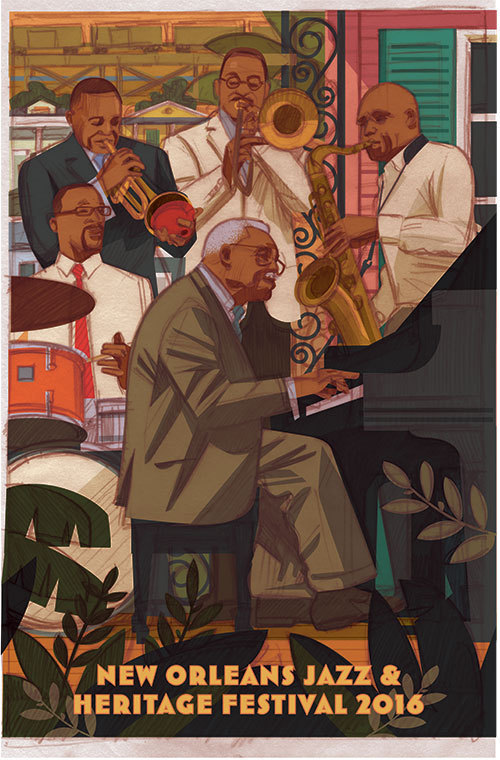 Color sketch that we eventually abandoned. 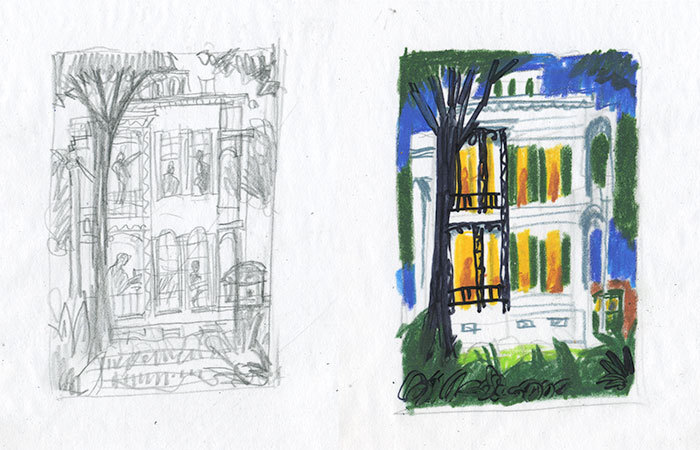 First sketches of the House of Swing idea 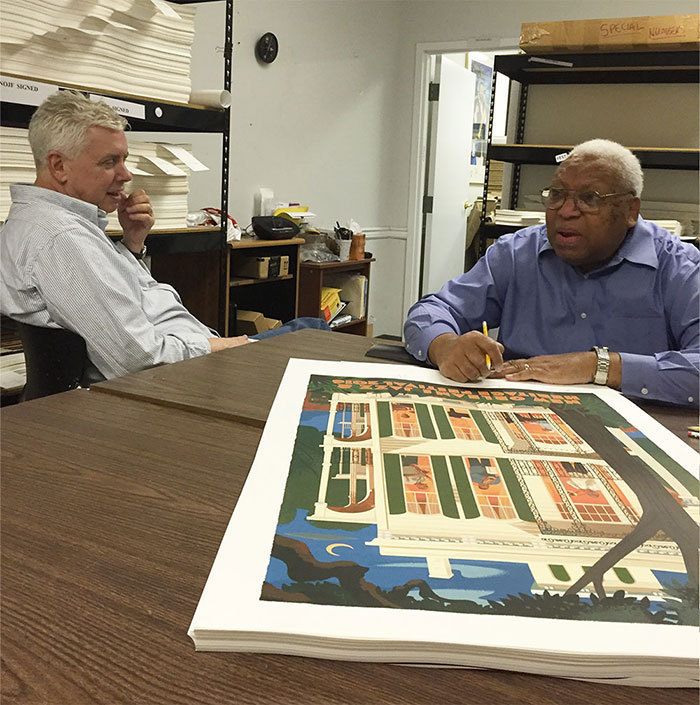 I got to spend some valuable time with Ellis Marsalis Jr, last week when he came in to sign the edition. He told some great stories and said he's thinking of writing a memoir. 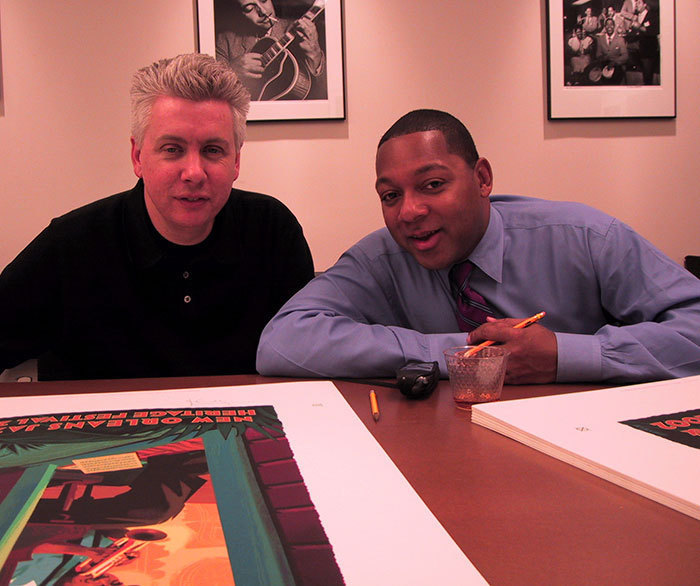 TBT: Wynton and me signing the 2002 edition. 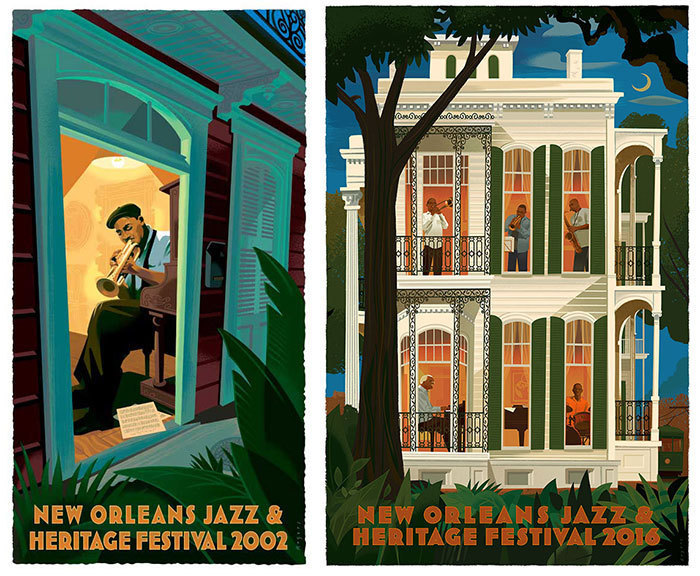 A picked up a book called New Orleans Jazz, A Family Album in a used bookshop and started making these drawing from the photos inside. These will be at Royal House Gallery. 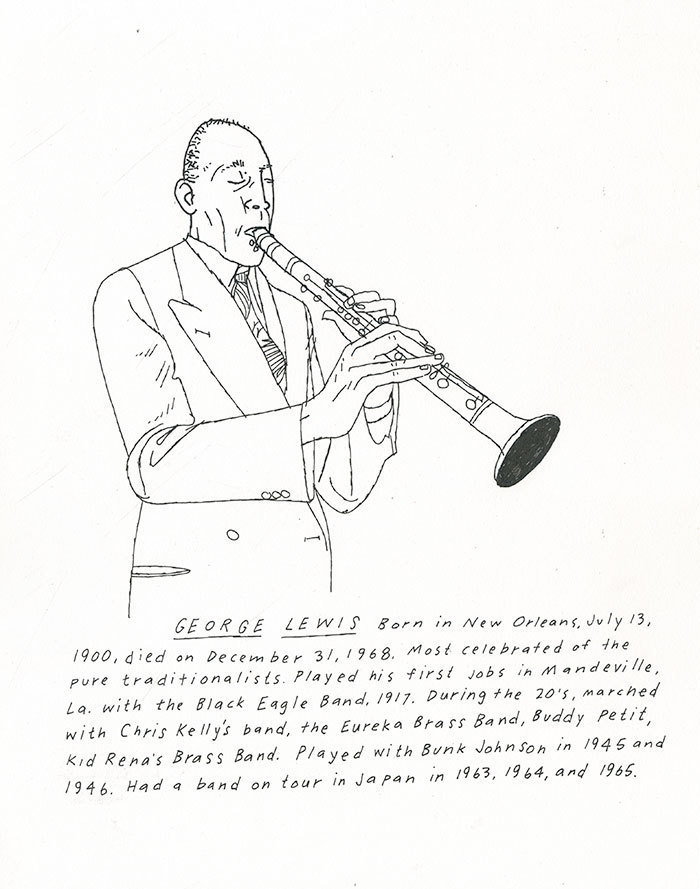 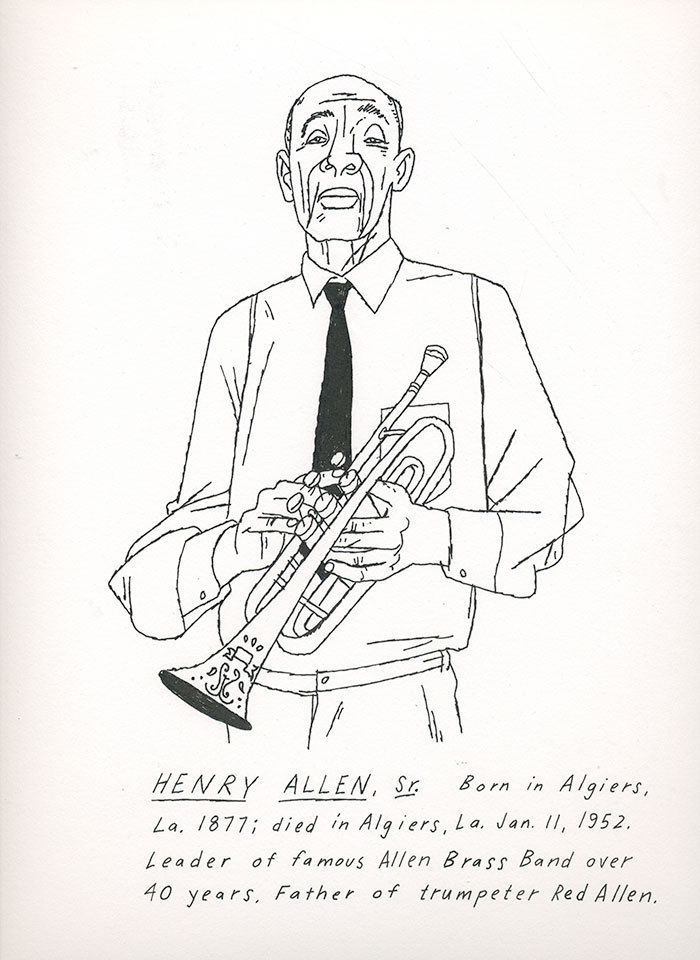 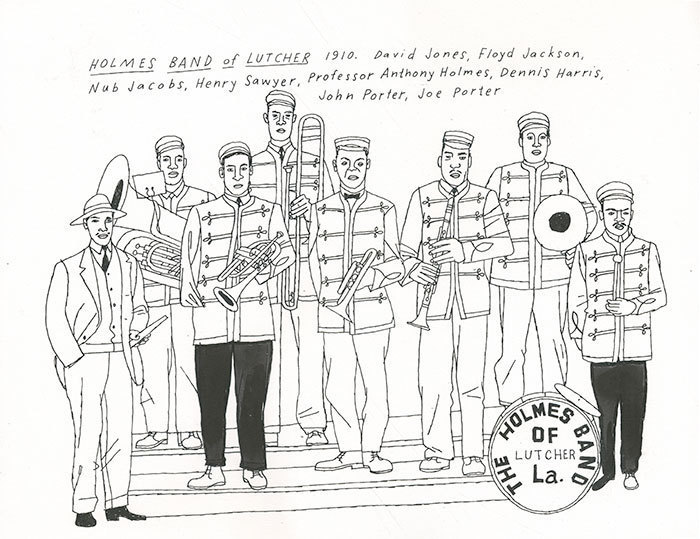 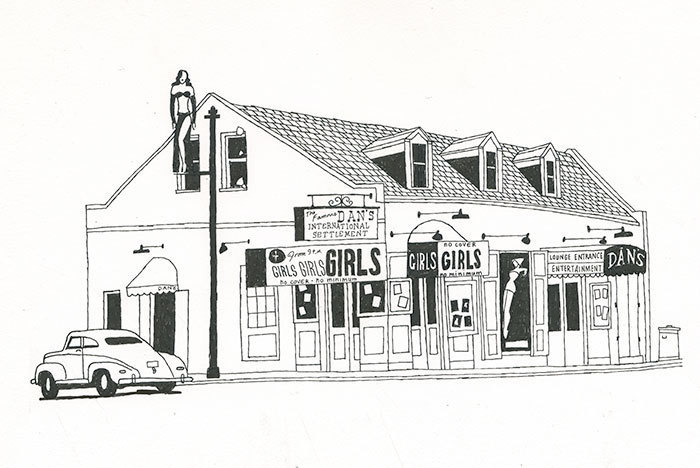 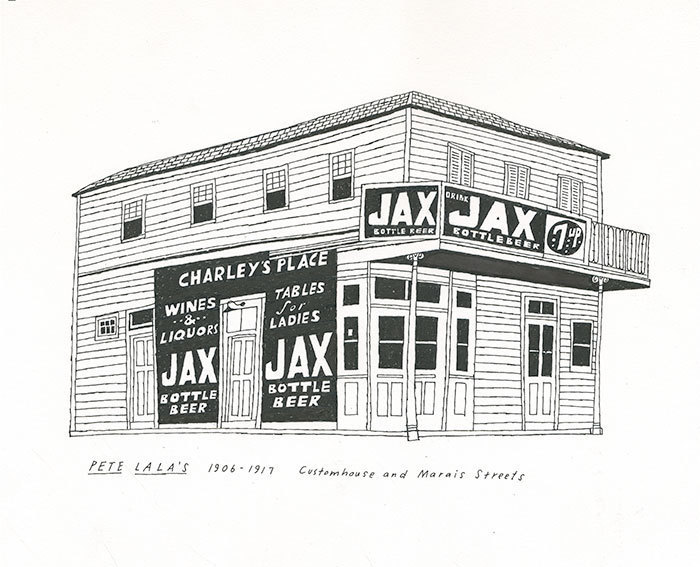 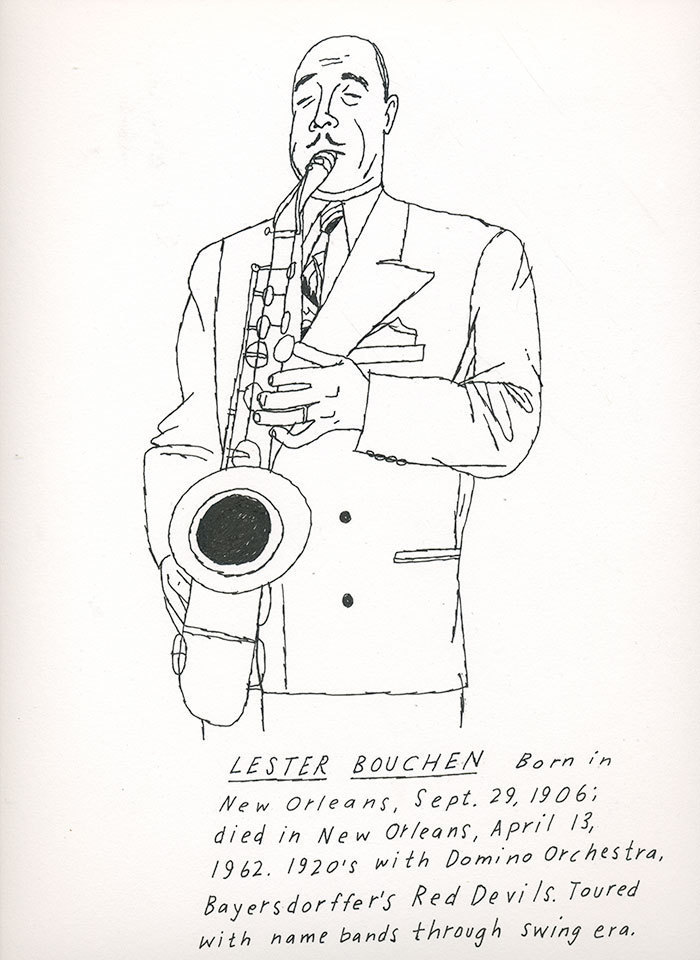 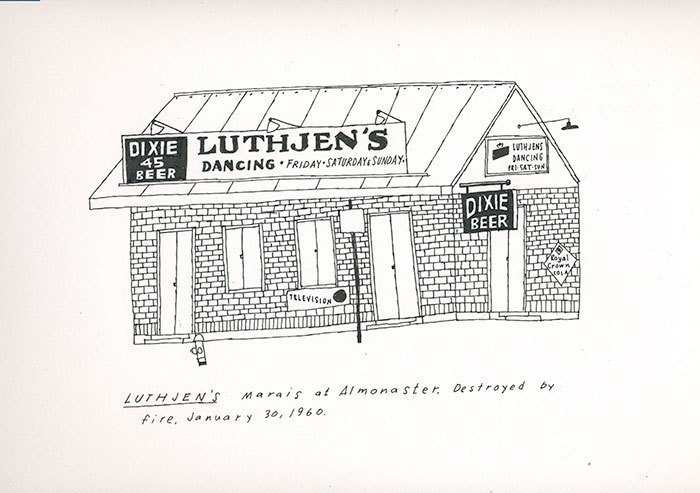 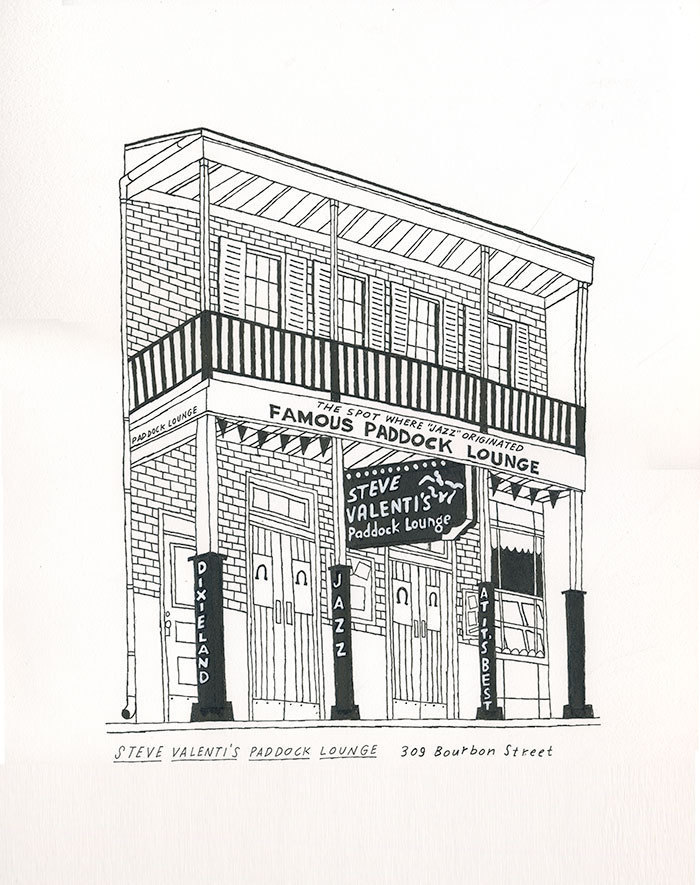 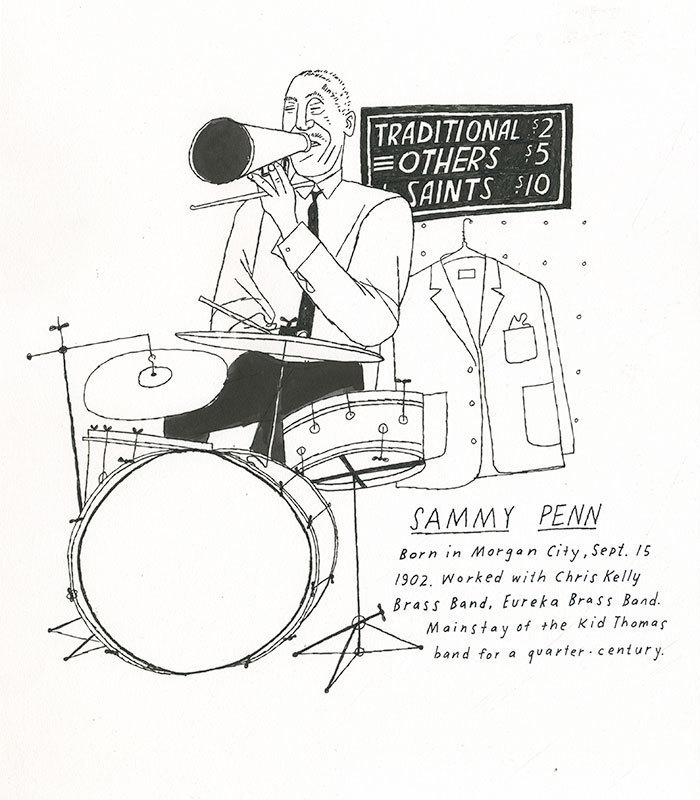 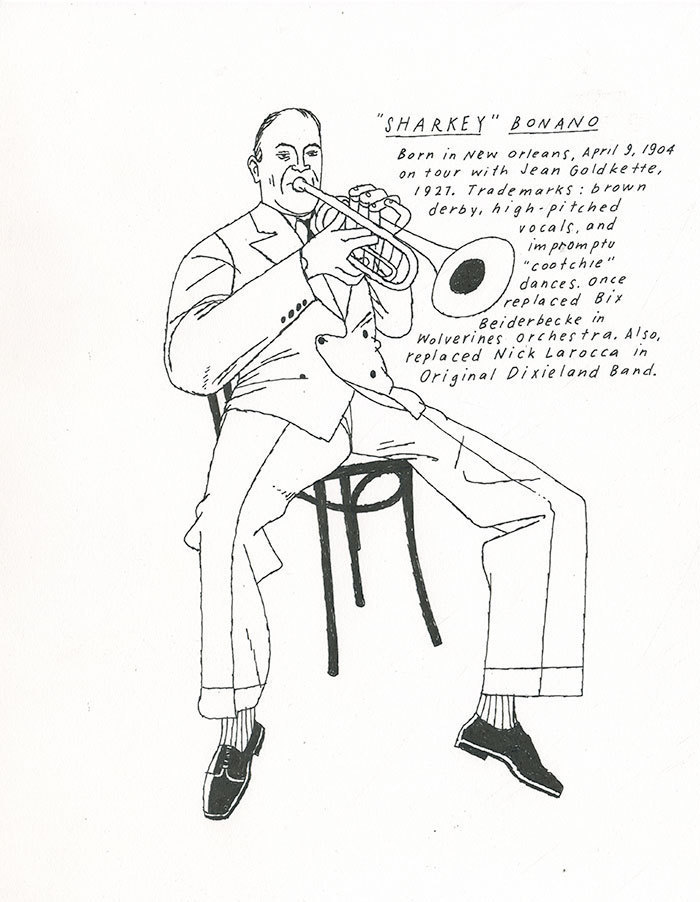