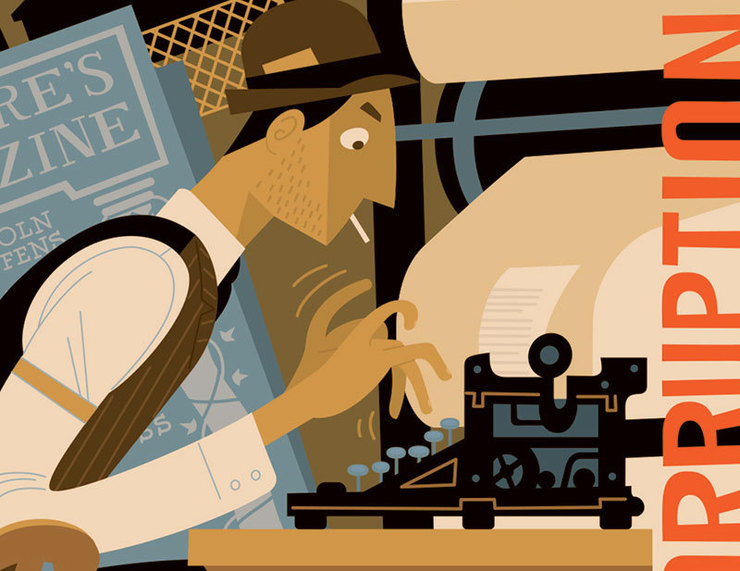 detail
The Sunday New York Times Book Review is the section of the paper that hangs around our house the longest, it’s usually still on the dining table when the next week’s edition arrives on the front porch. Nicholas Blechman calls the best illustrators and if they are like me, they always say yes to his assignments. So when he called last week to ask if I had time for a cover illustration I was in. 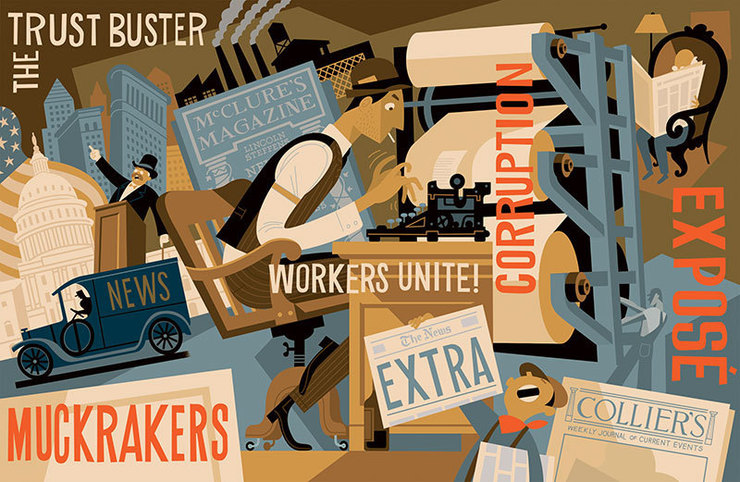 This was for a review of Doris Kearns Goodwin’s “The Bully Pulpit: Theodore Roosevelt, William Howard Taft, and the Golden Age of Journalism” by Bill Keller.  Nicholas’ only request was to avoid a portrait of Teddy Roosevelt and focus on the turn-of-the-century journalism aspect of the story, and that maybe the image should include some headlines. I made a list of things that appeared in Keller's review and designed a collage that carried some of the pounding-typewriter-vitality of the era. Blechman recently sent out a Twitter communication that said “Illustrators: you don't need to add texture to your images, there is already enough dirt in the newsprint itself,” so I kept to flat colors on this one. I was surprised the reporter’s cigarette and office bottle survived. 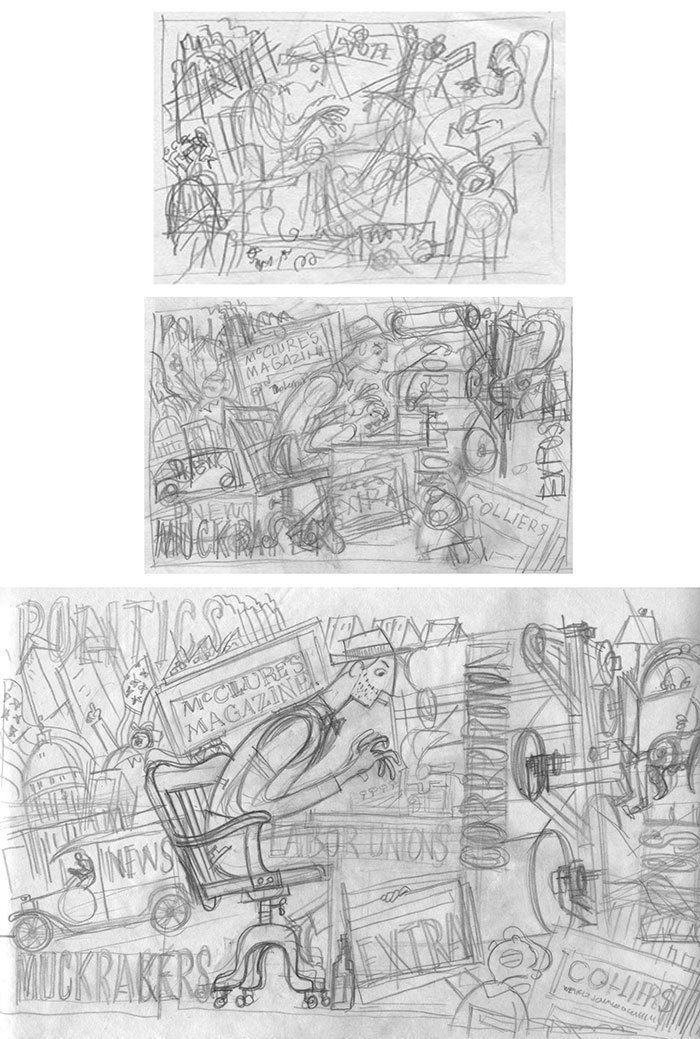 Rough sketches to work out ideas and layout 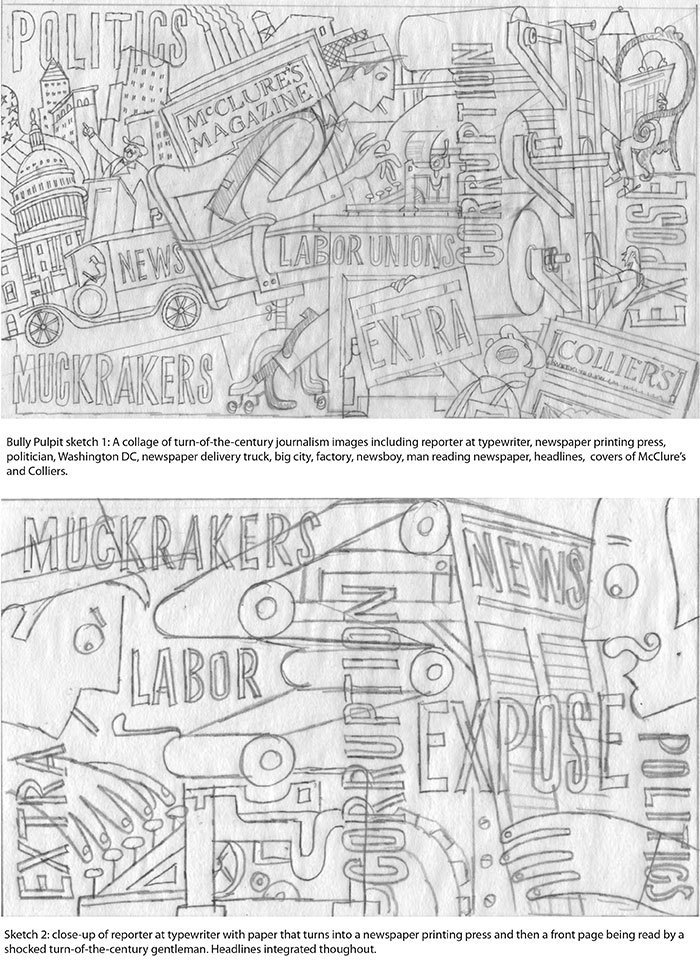