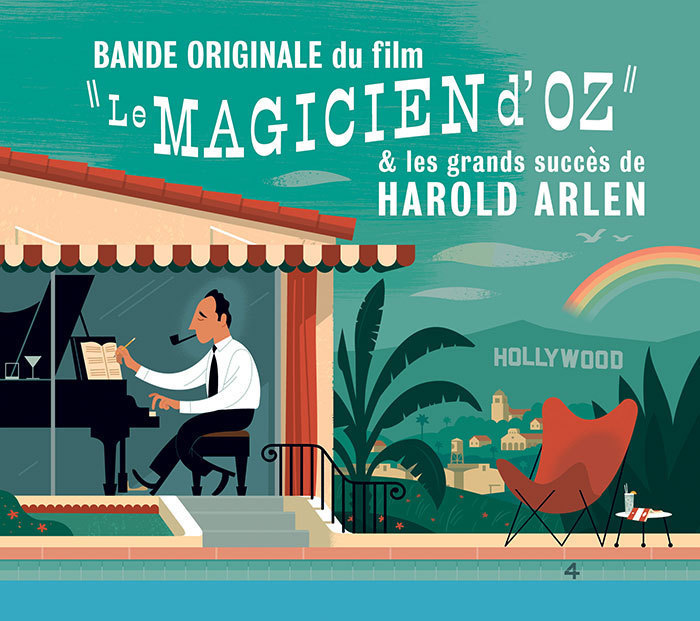 My favorite new client, Milan Music in Paris, is re-issuing a lot of great American music and film soundtracks.They recently called for a couple of CD covers. The first is for a collection of songs composed by Harold Arlen, who wrote the music for “The Wizard of Oz” plus a lot of songs that have become standards of the American Songbook. Arlen had a long career writing for Broadway shows and Hollywood movies. I imagined him at work in a “David Hockney meets Mister Magoo” version of his Beverly Hills home. 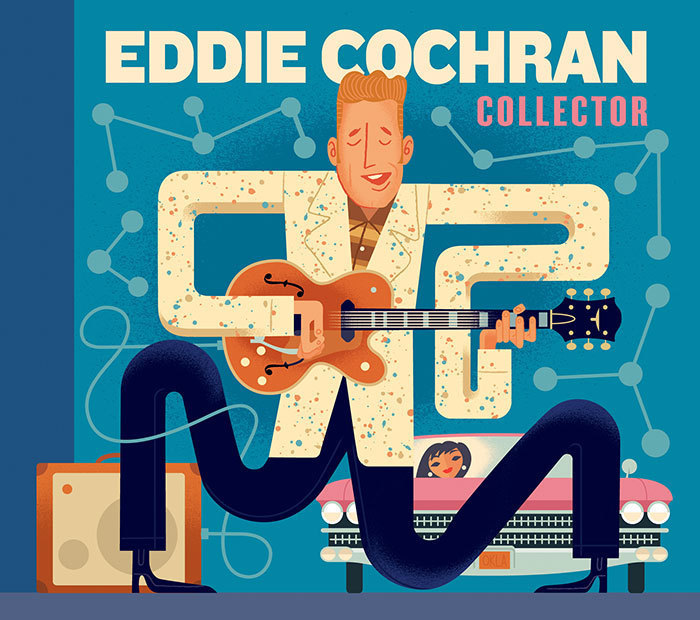 The second cover is for a collection of hits by Eddie Cochran, the sharp-dressing rockabilly star whose career was cut short in a car accident when he was 21. Eddie made a lot of records from 1957-1960, and is probably best known for “Somethin’ Else” and “Summertime Blues.” 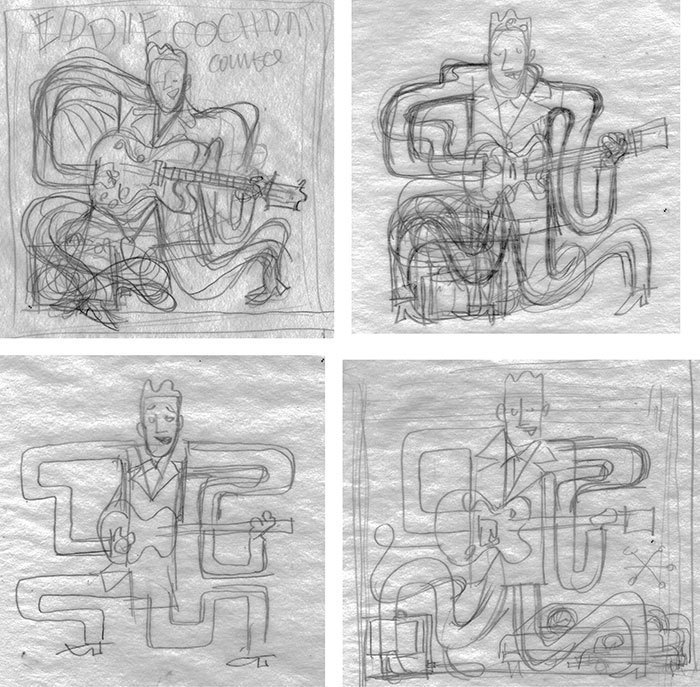