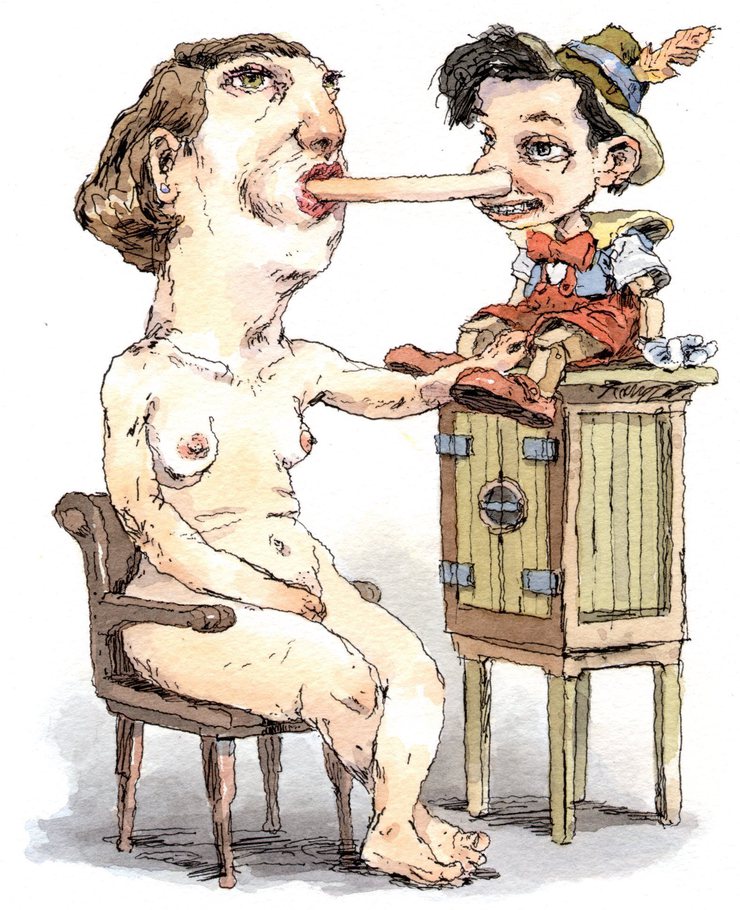 Whenever I have the opportunity, in between deadlines or during holidays and slow stretches, I try and devote time to various book projects. These are not previously commissioned assignments that need addressing, but rather, self-generated ideas for books to be pitched to prospective publishers. They might be children's picture books, young adult fare, specifically themed collections of drawings and verse, or something with more adult oriented subject matter, volumes to be accompanied by parental warnings and highly detailed instructional graphics. Over time, these efforts have become less of a professional discipline and more of a hobby really, not unlike jigsaw puzzles or quilting - they're never finished, are always aborted midstream, and inevitably abandoned due to utter disinterest and lack of encouragement. The examples I've posted here were part of a proposal for a book about fetishes. I had in mind an illustrated, alphabetic primer- not a textbook exactly, but an educational resource nevertheless. I hadn't targeted a specific readership or age group, and assumed that the publisher would promote the finished product to the appropriate demographic. Above, Nasophilia: This is nose fetishism. Nasophiles are sexually aroused by the stroking, licking or sucking of noses. Some nasophiles can get off by poking their nose in the closed eye of their sexual partner, but that's gross. 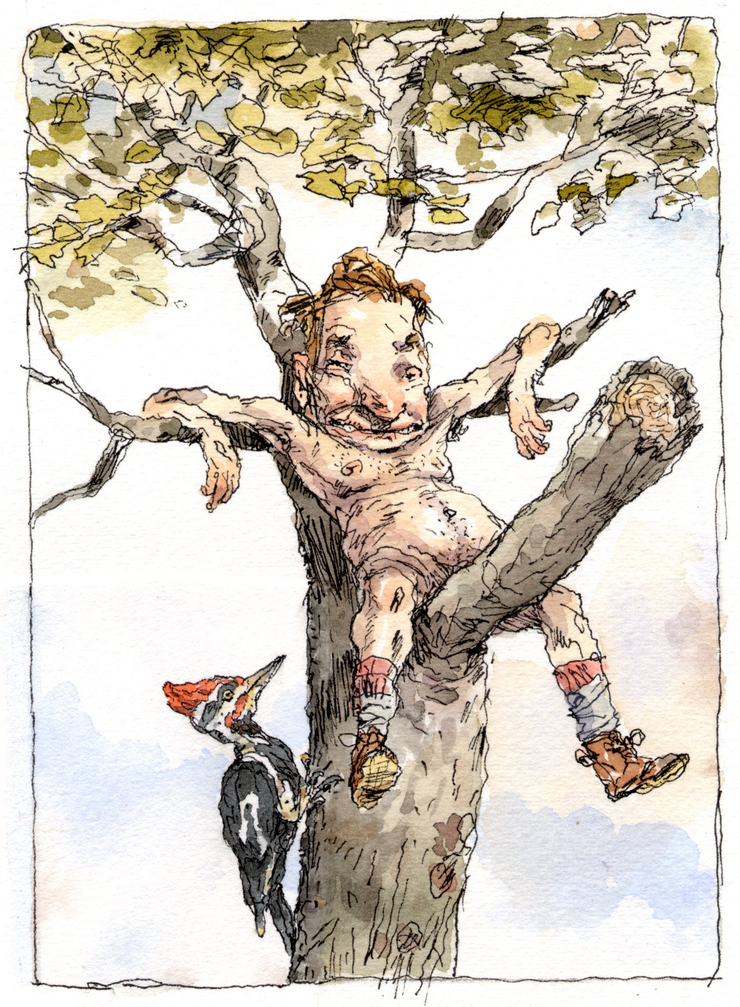 Dendrophilia: A dendrophile is sexually aroused, and/or attracted to, trees. I am aware of the wood element in these first two examples, and in my pitch to the publishers I assured them that I would not be relying too heavily on that particular visual metaphor in the additional illustrations. The wood pecker, however, would be making reoccurring appearances for the sake of continuity. 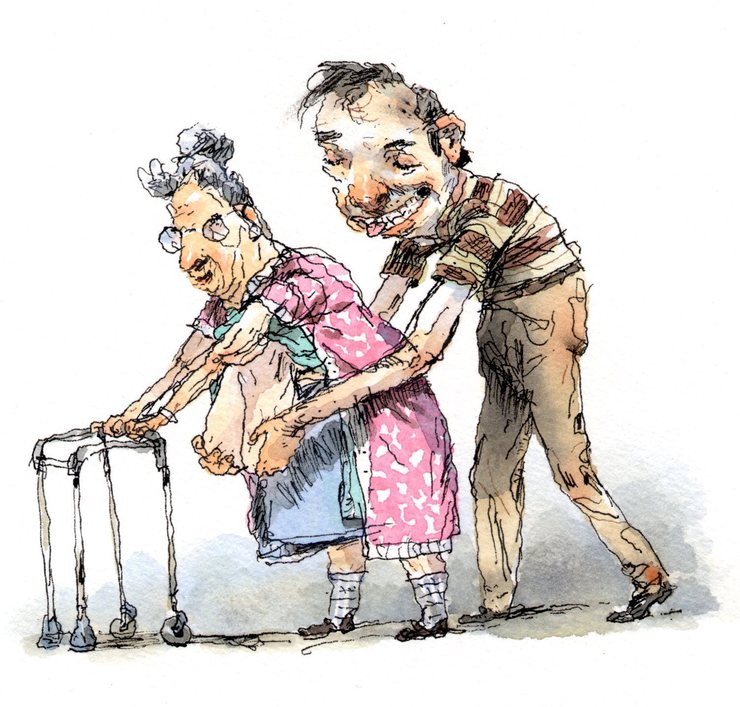 Gerontophilia: It's the sexual preference for the elderly (who I personally feel are criminally underrepresented in the fetishism community. They deserve a book of their own, in my book). 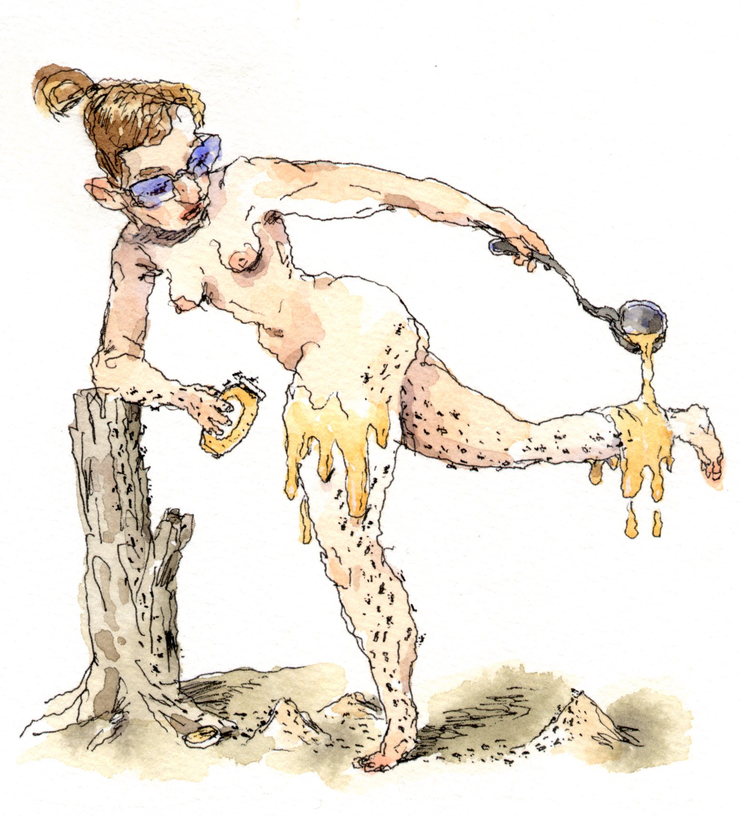 Formicophilia: It's a variation of zoophilia wherein an individual derives sexual pleasure by having small insects crawl around, or nibble, their genitalia and/or orifices. (I know, "..or orifices" sounds awkward. I assume an editor would trouble shoot the copy and catch things like that in a future draft.) The ants here are out of scale and should technically appear smaller, or the woman in the illo should be drawn a good deal larger. (I think potential publishers really appreciate this kind of preemptive self art direction - they find it reassuring.) 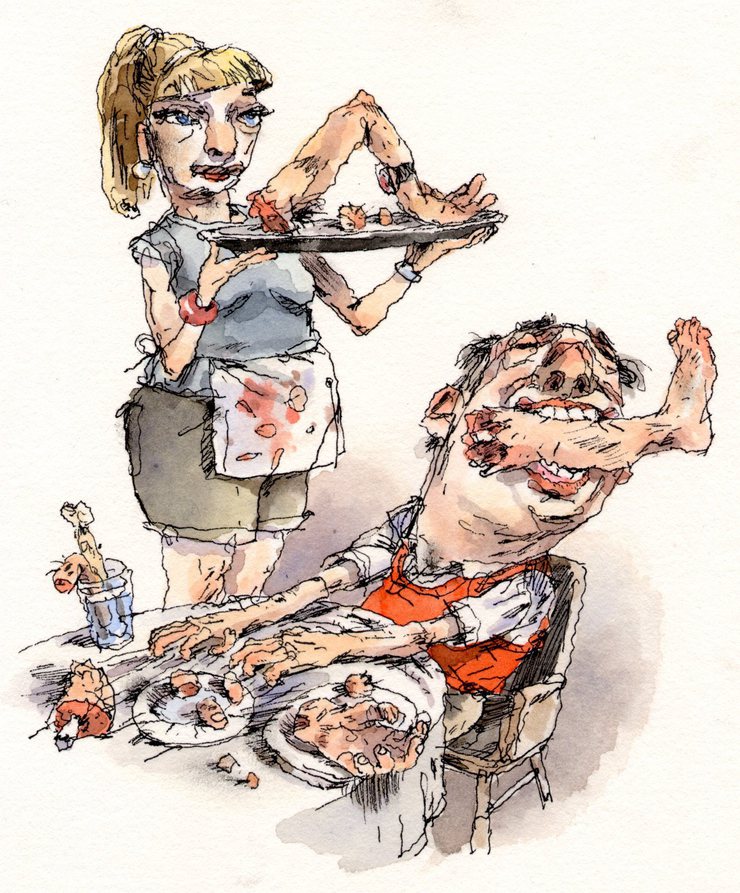 Vorarephilia: Another sexual paraphilia. In this one people get off by the idea of eating or being eaten by another person, or observing the process for sexual gratification. There is "hard vore" (pictured) and "soft vore". In soft vore, the person is consumed whole. I felt that approach had less "illustration" potential, but indicated to publishers that I was flexible, and willing to explore a Moby Dick or Ahab option if they wanted to go in a softer direction. 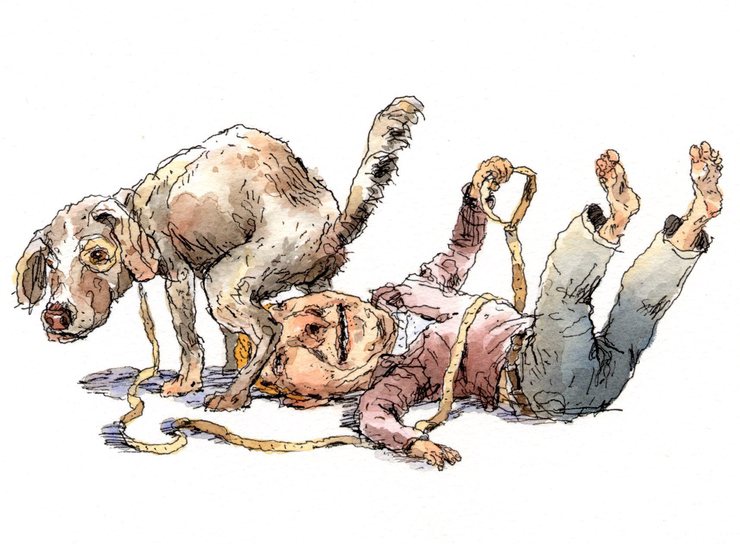 Coprophilia: The use of feces for sexual excitement. Not a technically correct depiction, but I think we can all agree that nobody needs to see two people doing this kind of thing. 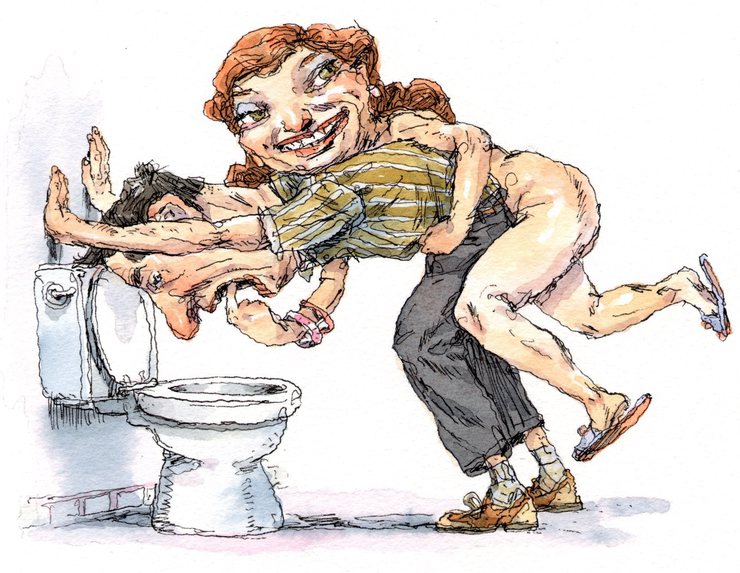 Emetophilia: It's a vomit fetish. Emetophiles get sexually excited by throwing up or watching other people puke (also known as "barking at ants" - which was dismissed as a visual option since, alphabetically, this would appear right before Fromicophilia (see above). 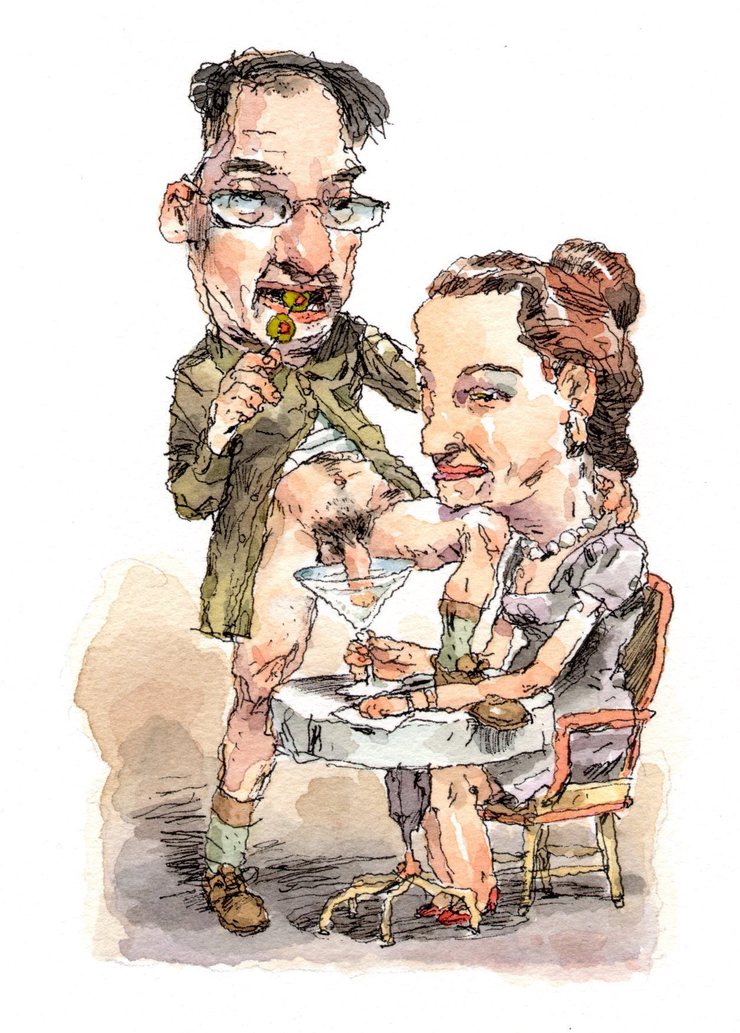 Liquidophilia: Immersing genitals in liquid. This was the last sample in my book proposal. In retrospect, the lack of novelty here might have been the deal breaker, as I have since been informed of three bars in the city that feature this very drink on their Artisanal Cocktails menu.
Latest
Winter blues ( and pinks and reds, etc) Rolling out the the gold carpet mens club Liar liar, pants on fire. sad little drawings Richard Thompson draws funny. america's favorite bartender Global Warming The Elephant in the Room Fetishes
Topics
Topics
stuff
Archive
© 2022 John S Cuneo