Thank you Amarillo, Thank you Mexico! 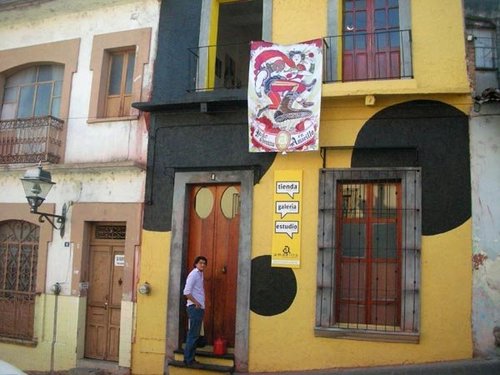 5 hour flight to Mexico City, 5 hour wait, 1 more hour of flight, then 2 more hours of drive on the highway. Xalapa was far. Really far. With flight delays and all that,  it was just about 16 hours door to door.
On top of that, every time I land in Mexico City I get severe migraine and nausea. It is probably due to the high altitude and pollution. This time was no exception. During the transit, stupid Yuko decided to take a taxi to meet up with a friend, got stuck in traffic, became severely ill upon arrival, went straight to her bathroom, and stuck there for a while, then make a u-turn right back to the airport again.
So, when I arrived to the final airport, and was told there will be two more hours of drive, I seriously thought I was going to die. 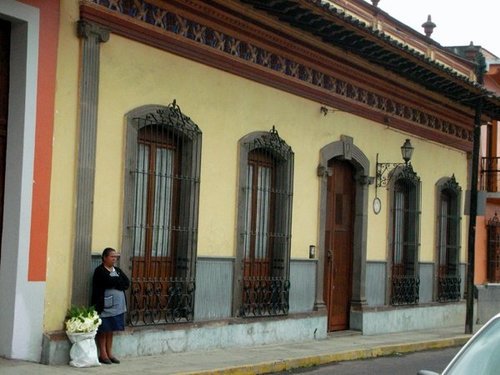 Like Diego Rivera's paintings, these flowers are everywhre!
Despite all that, this was one of the best trips I had ever taken. Xalapa is the capital of Veracruz. It is a big city with small town feel. An town filled with beautiful architectures and good old Mexican tradition and culture. Also it is a college town filled with young energy. People are ridiculously nice, food is amazing (never going back to those American-Mexican again!), and vibe is just fantastic. 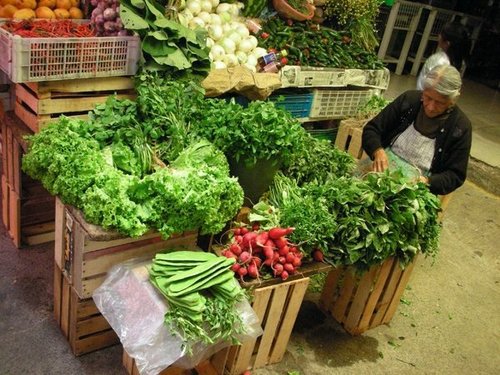 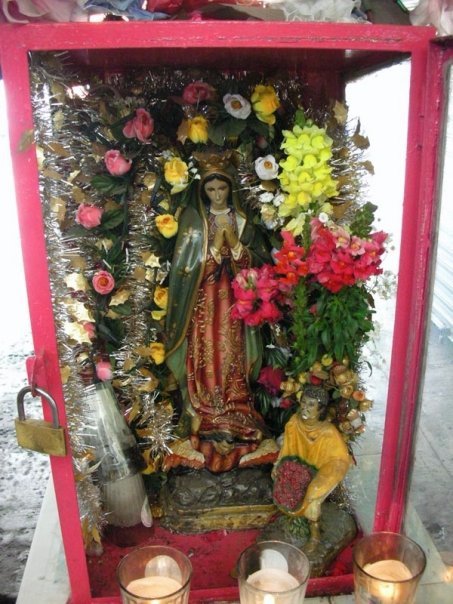 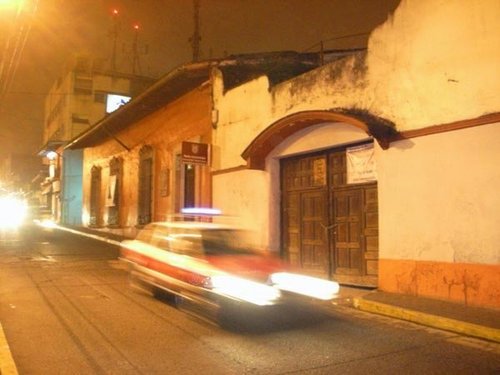 Xalapa is always covered in fog. Very moody at night... 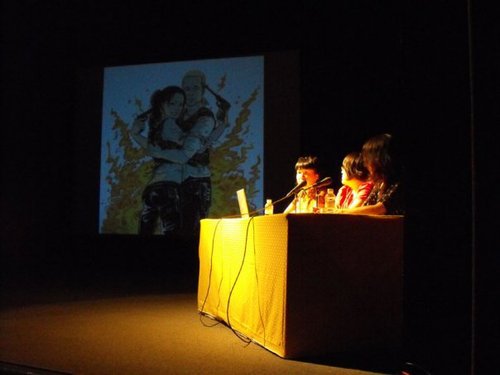 Lecture was held at Agora, a new and large conference hall. Thank you for the full house audience!
I was invited by Amarillo Centro de Diseño, a rather small but respected design organization run by three cool designers (and some interns) to have a lecture and a show.  The best way to describe their space is: it is like Giant Robot of Mexico. They have gallery space, as well as store that sells Hecho-en-Mexico designer books and toys.
I like traveling and I enjoy doing lectures, but this was so different. I had never been so welcomed. A lot of the audience came from all over Mexico, including a group of students and a professor who took 9 hour bus ride all the way from Oaxaca!
Thank you Amarillo, thank you Mexico, for a wonderful memories. I hope to come back again (despite of 16 hours, oh yeah!). 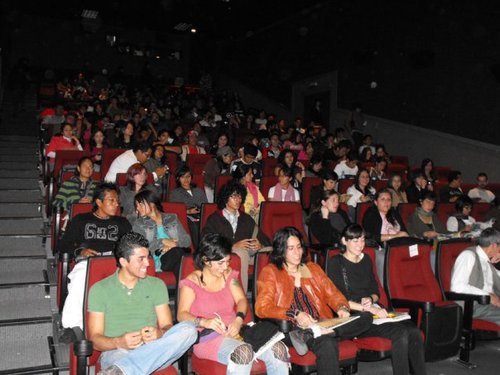 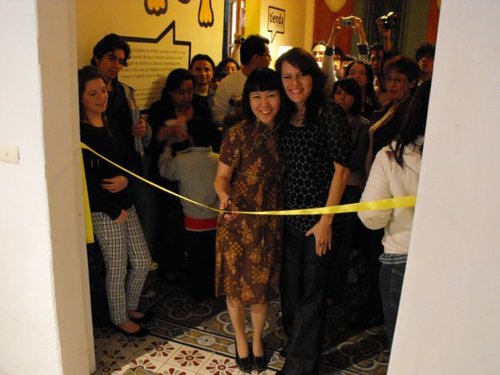 Owner of Amarillo, Aida and I cutting the ribbon for the opening of the show. 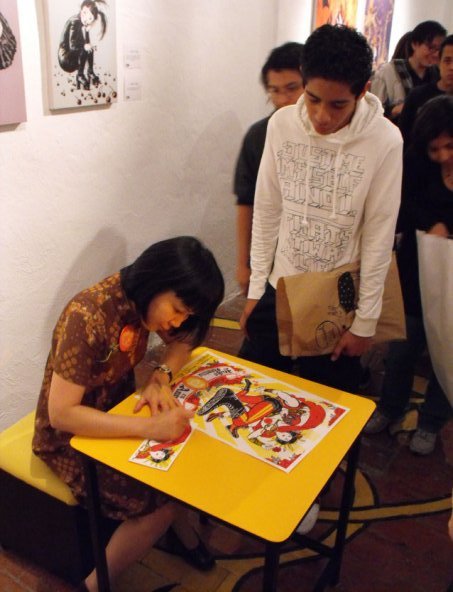 It doesn't happen in the US or Europe, but it seems like a norm in Mexico that you autograph for everyone. 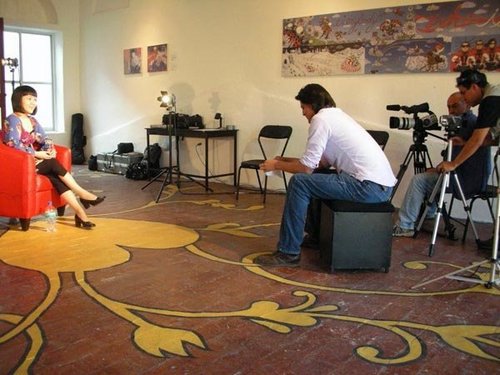 being interviewed on camera.... 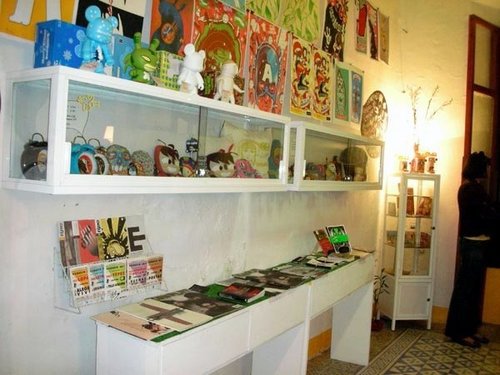 Amarillo's store. they have some amazing hecho-en-Mexico toys and design products. 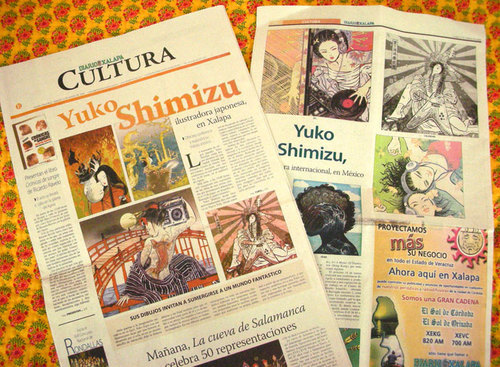 When do I get to be on the front page of a newspaper??? NEVER! 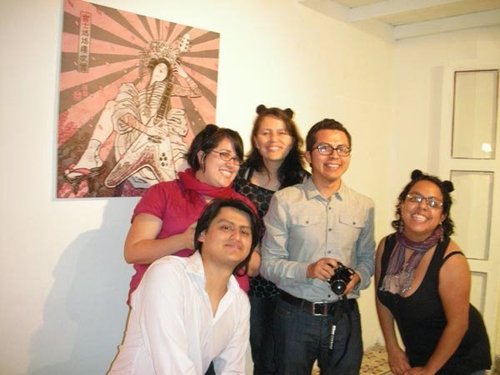 everybody at Amarillo. Thank you for a wonderful time!!!
Topical: travels
Latest
Whether you make it or not is never about talent. message to the aspiring artists art doesn't save people's lives (but it can do other things instead) Merry Christmas, Happy Holidays. 26 illustrators for Zatoichi box set life after art school, now what? conversation on JUXTAPOZ attack of the 80 foot octopus (mural) Why I think day job is good for you. (for aspiring artists out there) location drawing (virtually) on Google Map 15 influences, that stick with you, FOREVER. free event at Apple Store NY
Topics
Topics
advice for young artists art for good cause! awards and recognitions business practice and ethics DC Comics Vertigo illustration process inspirations interviews products random thoughts shows and events sketchbook special projects teaching etc. travels
Archive
© 2022 Yuko Shimizu