Squash, the sport, not the vegetable 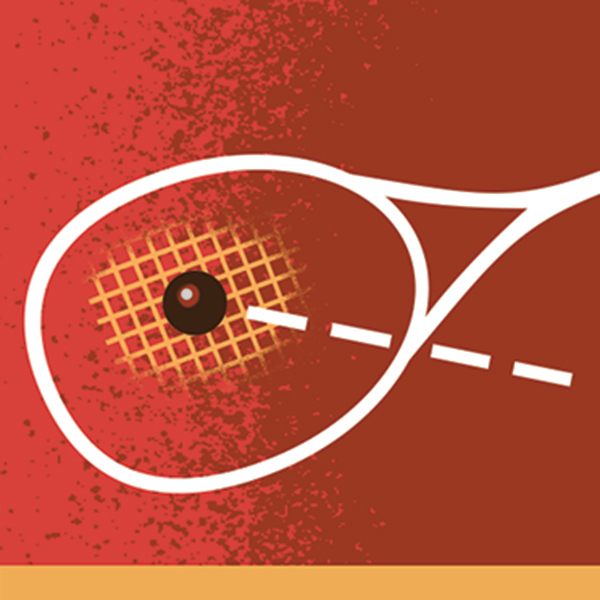 Last week Nicholas Blechman called requesting an illustration for an article about squash, the sport, not the vegtable, written by Tad Friend in The New Yorker.

The article is about Mr. Friend's relationship to the sport and also the mental side of the game as an antidote to midlife malaise. The editor sent along a note about the Hourglass Analogy, an idea that in middle-age a weaker player may occasionally beat a much better player. Sketch 1 is in color, because I wasn't sure the pencil sketch would communicate my thinking clearly. 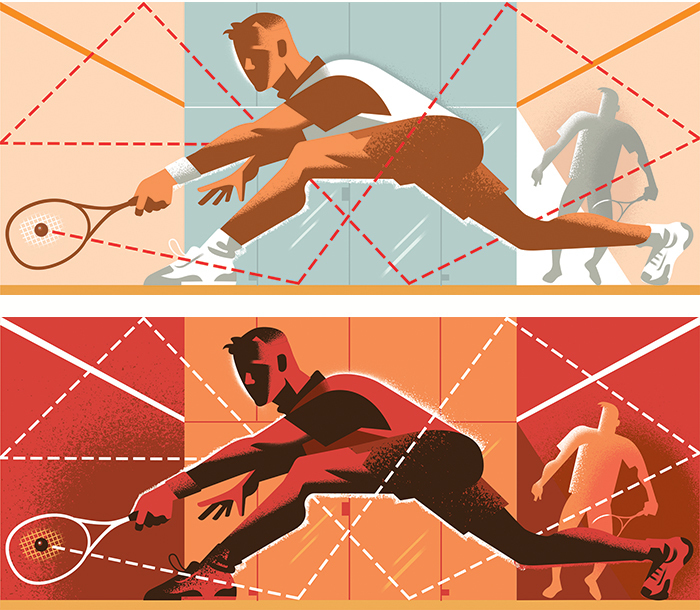 Sketch 2 was chosen and I sent over two color options. In re-reading the article I also realized that Mr. Friend is left-handed. 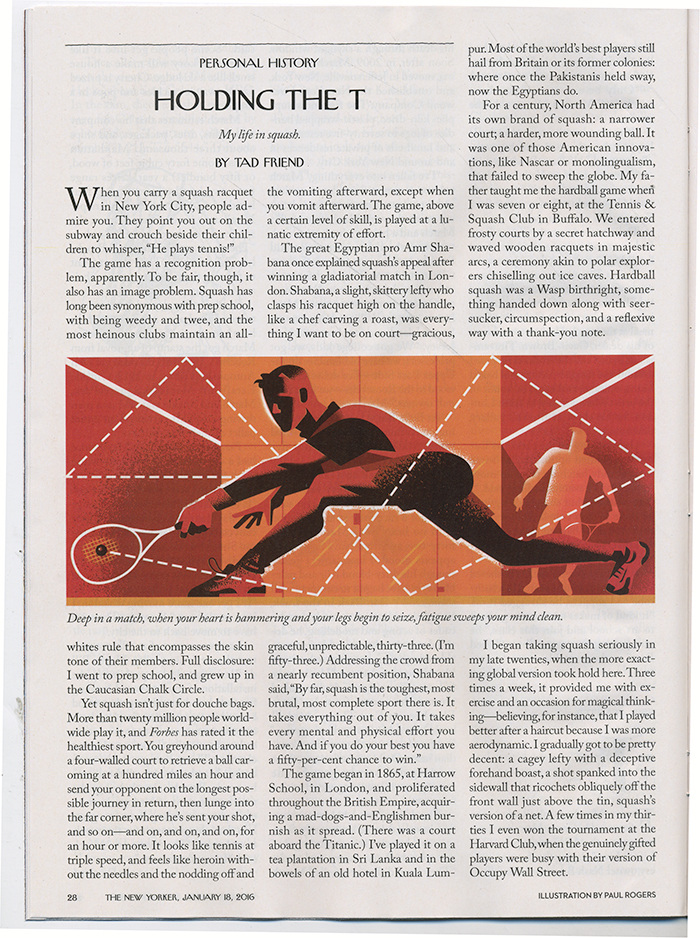 They went with the red one. It's always great to see a piece printed, surrounded by that distinctive New Yorker typography.