"life" according to Keith Richards 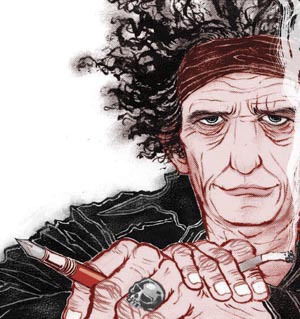 People often ask me: "what was your very favorite assignment?". Now, this one is hard to answer. Every assignment (or at least, most of assignments) is fun in different ways. Sometimes because I love working with that AD, another times because the client let me do whatever I want, or article is interesting, good fee, etc, etc. But I have to admit, every once in a while, there comes a project that I tell my self "Yes! I have been working as an illustrator to get this assignment!".
And, this was one of them.

Rolling Stones came to Japan for the first time, yes, for the first time, in 1989, for Steel Wheels world tour. Japan is known for their strict drug law, therefore, Rolling Stones was banned from entering Japan, for precaution, until then. Did you know that Paul McCartney ended up in Tokyo jail for possession of small amount of marijuana in the early 80s? Paul was allowed back in first time since his arrest on the same year, if I remember correctly.
All the ultra-expensive Rolling Stones tickets got sold out in like 30 minutes. I was so sad, I ended up begging the president of an ad agency I worked with (I was working in a PR department of a big corporation  back then) to get the tickets. And then, the first Rolling Stones concert... I was in heaven.

Nicholas Blechman, AD of New York Times Book Review, somehow must have sensed that I am a Rolling Stones fan. I don't know how. But he also knew I am a Keith Richards kind of a girl. (I am, with little skulls here and there...) He said: "I thought you would enjoy drawing all the lines in his face". I did, Nicholas, I did. Thank you.
Keith's autobiography "Life" is now in bookstores near you. Oh I should get a copy too! 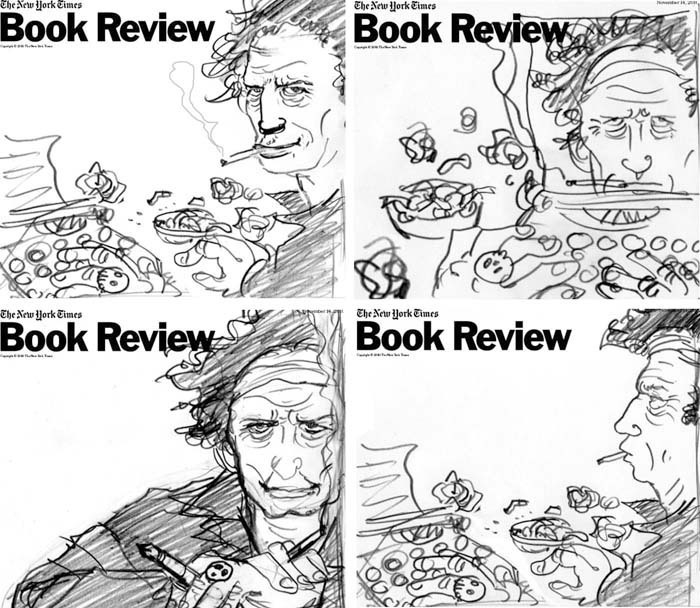 As you may be able to tell..., it initially came as a cover gig. Unfortunately my illustration defeated against a photo of younger hotter Keith. But it is OK, ok. Four ideas were submitted. they went for the most simple idea. 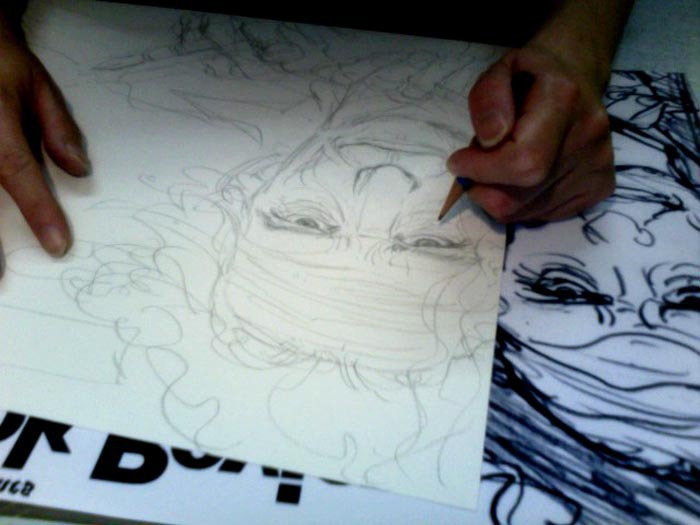 approved sketch is blown up to the size I want to draw, traced into a watercolor paper. Then I use reference photos to get the likeness right in pencil. 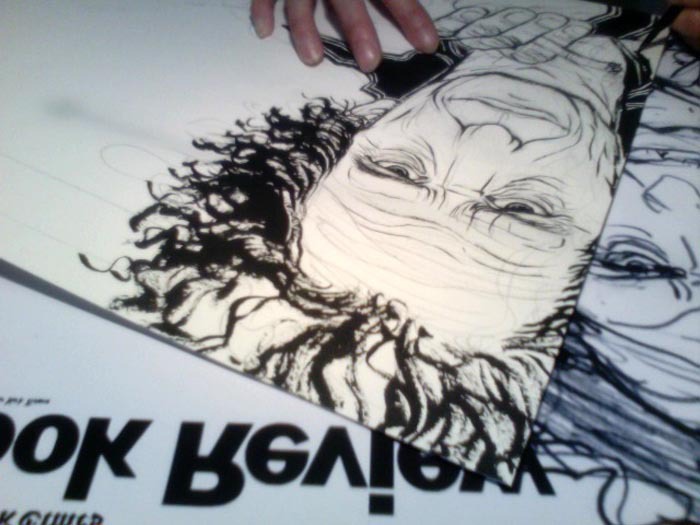 Ink drawing in progress. He looks much older in this one, because all the lines in his face are solid. In coloring stage, lines are lightened to various tones. 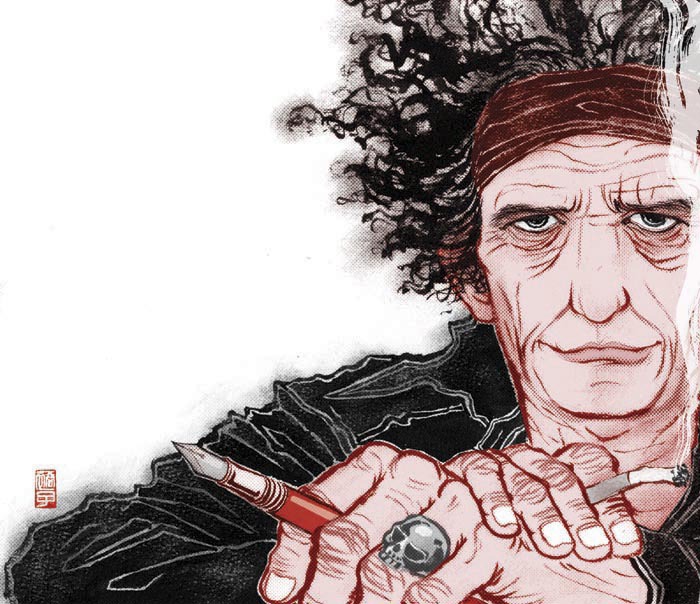 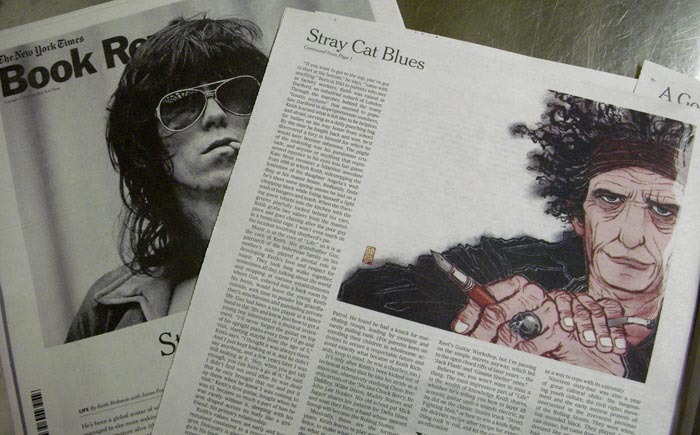 On the page of NY Times Book Review, from the last weekend.
Topical: illustration process
Latest
Whether you make it or not is never about talent. message to the aspiring artists art doesn't save people's lives (but it can do other things instead) Merry Christmas, Happy Holidays. 26 illustrators for Zatoichi box set life after art school, now what? conversation on JUXTAPOZ attack of the 80 foot octopus (mural) Why I think day job is good for you. (for aspiring artists out there) location drawing (virtually) on Google Map 15 influences, that stick with you, FOREVER. free event at Apple Store NY
Topics
Topics
advice for young artists art for good cause! awards and recognitions business practice and ethics DC Comics Vertigo illustration process inspirations interviews products random thoughts shows and events sketchbook special projects teaching etc. travels
Archive
© 2022 Yuko Shimizu