The Wonderous Sense of Happiness...and Aliens. 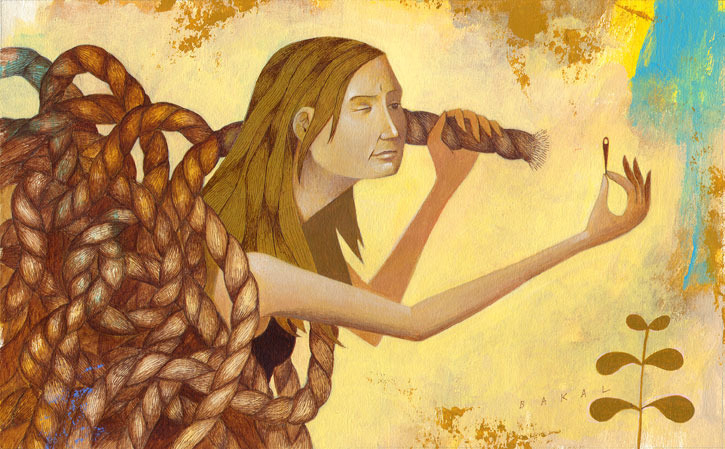 "Not Quite Fitting"
I finally have started getting my life back on track again.  As some of you know, I had recently moved to Boston from New York.  Moving can always make a person nuts and I am the type of person that gets pretty freaked out when things are upside down.  You see, I don't mind change, I just don't want it to happen when I am there!  Most have experienced the horror of moving but after I got through the first few days, life up here in Boston (except for the locals inability to drive worth-a-shit) has been splendid.

I've been lurking here and there on Drawger wanting to share some of the wonderful experiences so far and some work I've been doing.  In the last 30 days, I've moved, visited NYC for the Giant Robot Dime Bag opening, buying antique furniture from the local auctions, hanging out with local illustrators Leo Espinosa, Elizabeth Traynor and Alan Witschonke and apparently a big to-do is happening up here this month with more fellow paint-slappers.  Edel Rodriguez also popped up in Boston with his great family so Leo and I met up with him at the Barking Crab for lunch.  Later we took in the Shepard Fairey exhibit at the ICA ---*cough*--- and loads of other neat experiences.

Lots of things to post and write about and glad to get back into the swing of things and find some normalcy again.

To pick up where I left off, the above job was done the same week I did the three Yoga Journal pieces back in March-ish and printed in May (and since did another for them last month).  This was for good 'ole PlanSponsor and Soojin Buzelli.  The art direction was 'Not Quite Fitting". 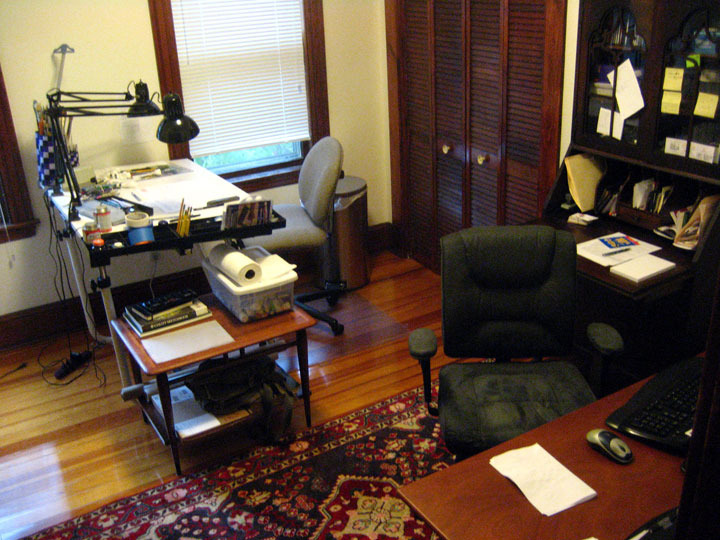 One of the first rooms I needed to get done in the new house was the studio.  Here's a couple of shots for now.  It's a beautiful 1910 Victorian about 18 minutes south of downtown Boston by train. 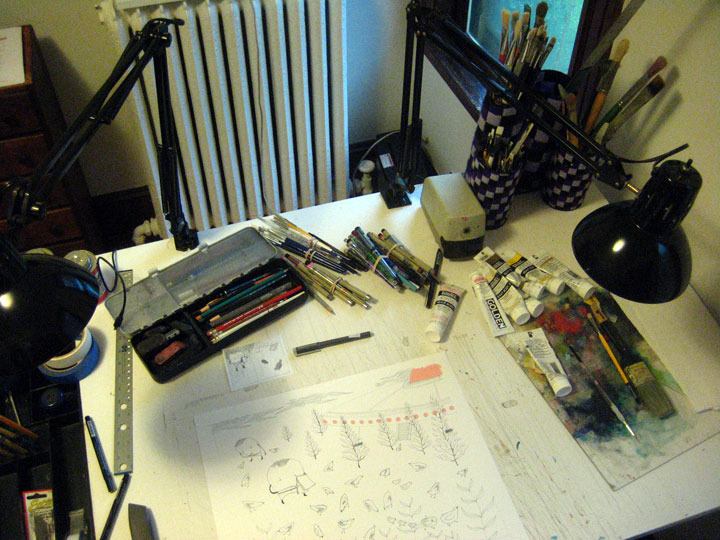 I had some ideas lingering about for the last few months and I wanted to draw some stuff very simply and clean.  I've only done two so far but I have about 50+ different ideas thumbnailed...and I have no idea if I will follow through with this series.  I am feeling right now that it is just to get into the rhythm of working again after nearly a month of turning down jobs, living out of boxes while I get things organized and living without a studio. 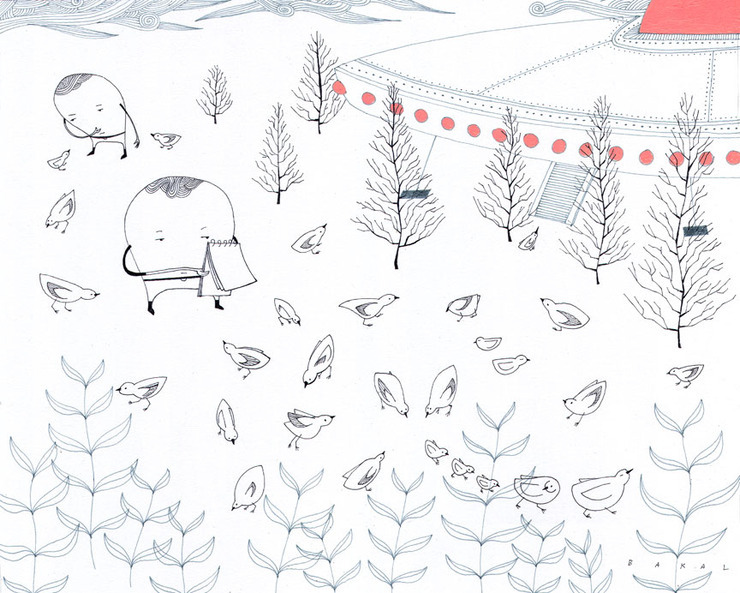 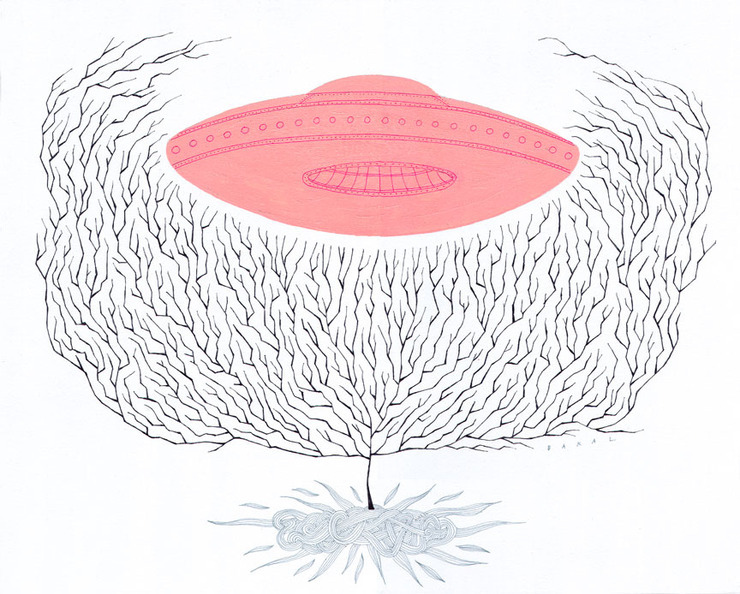