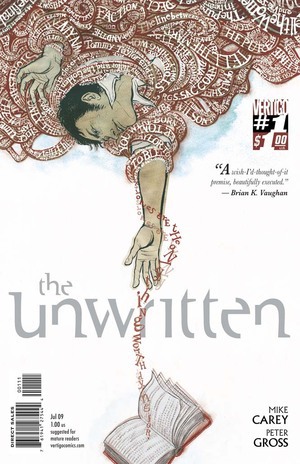 I dreamed of becoming a comic artist when I was child. Just like any other Japanese kid growing up in economic growth of 1960s and 70s.  It was the first golden age of manga and anime: Astro Boy, Cyborg 009, Galaxy Express 999…. When I was in college, I even drew my first (and the last) 40 page comic (note: I was a business major, not art) which made me realize I was not a story-teller and comics were probably not my calling.  I stopped reading comics and dreaming of one day creating one.
About 20 years since then, I am back to comics. But completely in a new way.

I love challenge. I love working on different projects and push myself to a new direction. Working on covers for new DC Vertigo series The Unwritten is a perfect way to revisit my childhood dream.
Luckly I was able to team up with the best of the best, and the nicest of the nicest (writer: Mike Carey, artist: Peter Gross, editor: Pornsak Pichetshote). Story is extremely well written, intelligent, interesting, also a really good page turner. I just heard that the first issue completely sold out in just ten days after initial release. Wow!


PS: If anyone is interested, I will be at MoCCA Festival's DC Vertigo booth signing the covers this Saturday from 1-2PM. 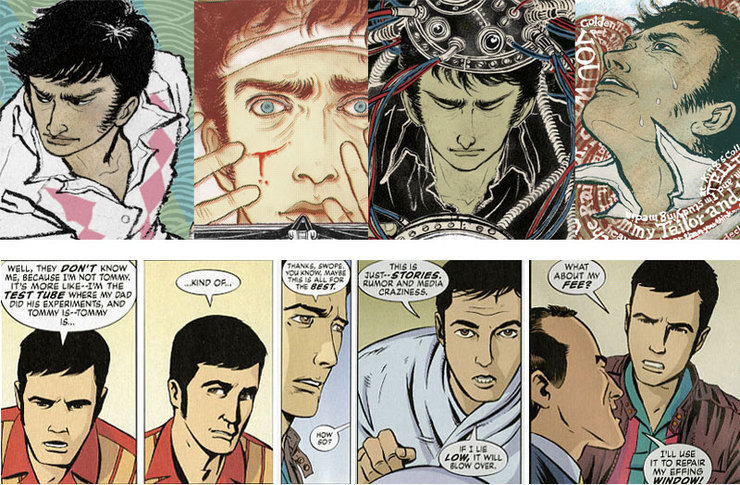 One of the challenges of being comic cover artist is to recreate and re-interpret the story and the character without too far removed from the original. Bottom row is the main character Tommy drawn by Peter. Top row is variations of Tommy drawn by me. He has long sideburns and chooses bowling shirts as everyday fashion. 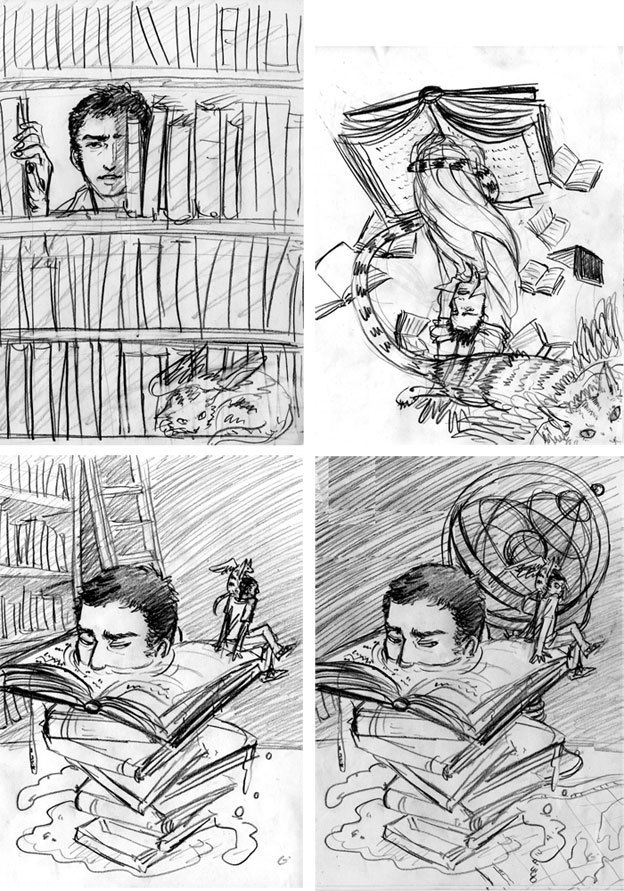 It took a while to warm up to the new series. It is always difficult on the first few issues when I am not used to the story and characters are not developed fully yet. First 4 sketches were OK, but not great... 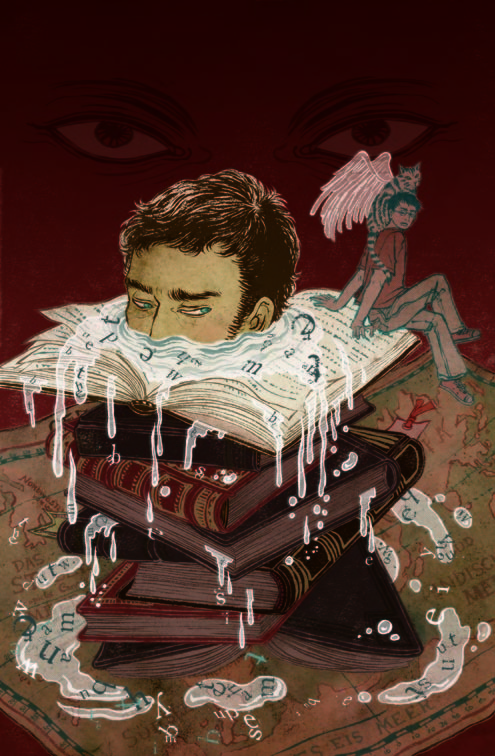 the first first cover. Both the editors and I were not feeling it... So we decided to ditch it and start from scratch. 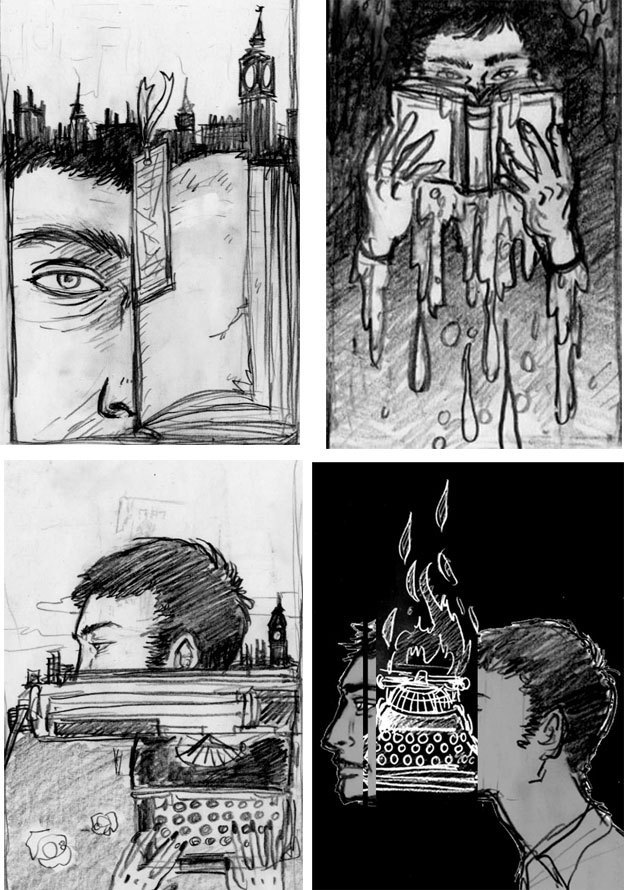 more sketches that didn't fly... But looking back, I do like some of them a lot. 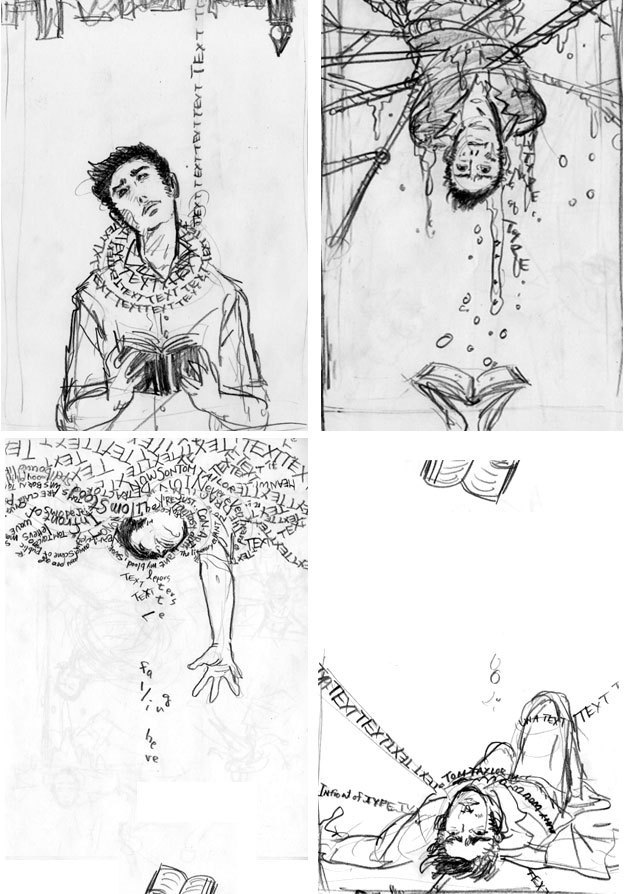 finally, everyone agreed on the bottom left one. 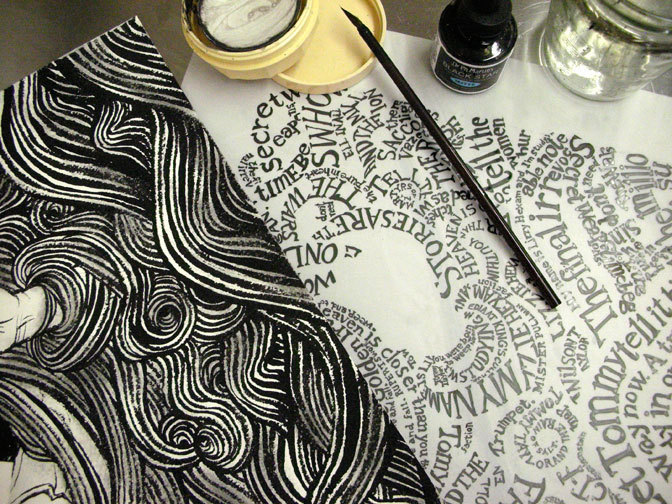 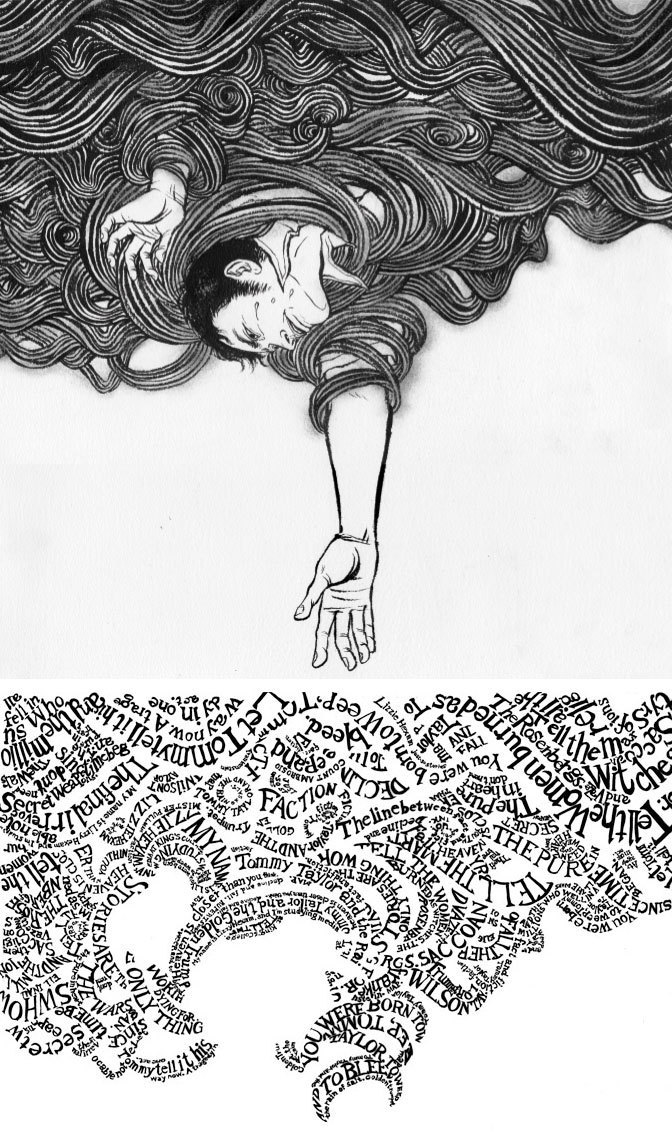 In this case, drawings were in three separate sections: main drawing, letter layer and a book. They are scanned in and put together on Adobe Photoshop. 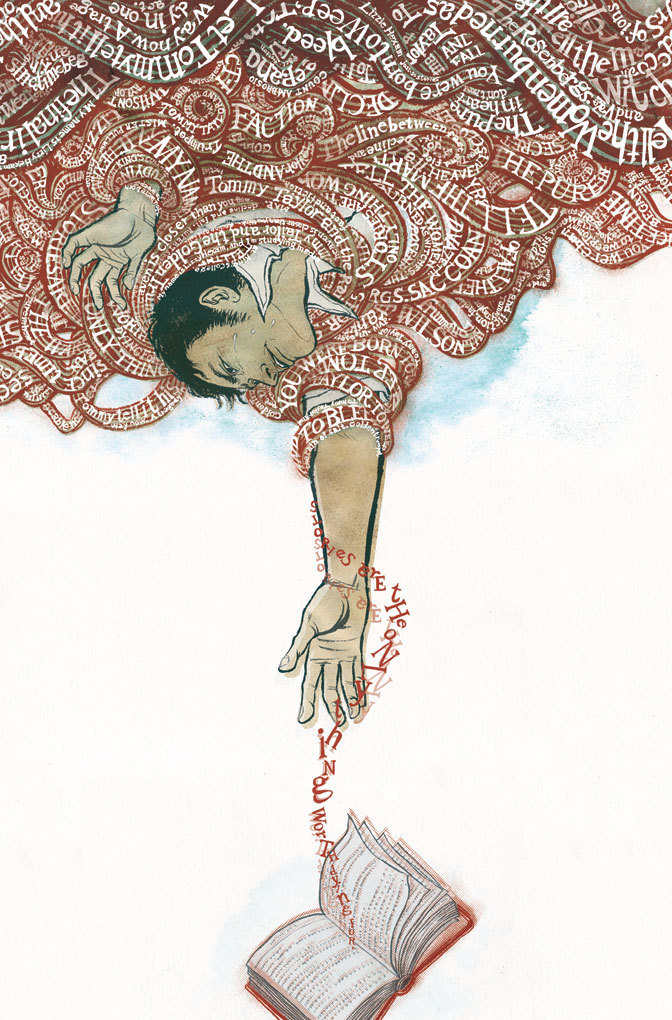 PS (June 6, 2009):
Thank you for those who stopped by to MoCCA DC Vertigo Booth today. Here are some photos. Right is with my editor Pornsak Pichetshote and long-time friend and an amazing colorist Jose Villarrubia. 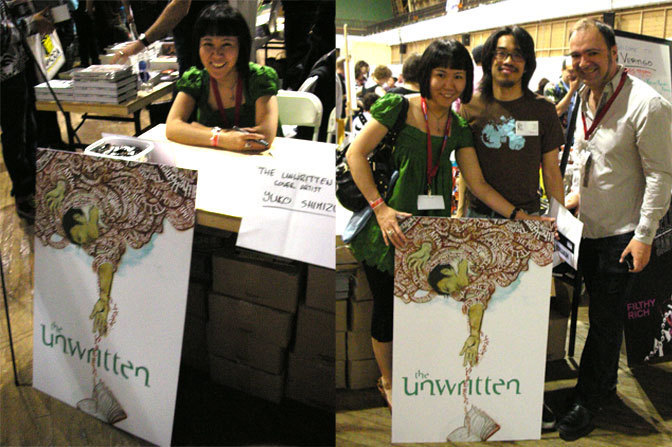 Topical: DC Comics Vertigo  illustration process  shows and events
Latest
Whether you make it or not is never about talent. message to the aspiring artists art doesn't save people's lives (but it can do other things instead) Merry Christmas, Happy Holidays. 26 illustrators for Zatoichi box set life after art school, now what? conversation on JUXTAPOZ attack of the 80 foot octopus (mural) Why I think day job is good for you. (for aspiring artists out there) location drawing (virtually) on Google Map 15 influences, that stick with you, FOREVER. free event at Apple Store NY
Topics
Topics
advice for young artists art for good cause! awards and recognitions business practice and ethics DC Comics Vertigo illustration process inspirations interviews products random thoughts shows and events sketchbook special projects teaching etc. travels
Archive
© 2023 Yuko Shimizu