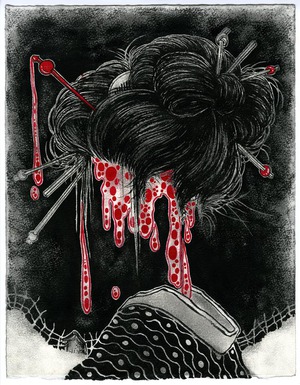 I am not at Comic-Con.
Many people asked if I was going, including my DC Comics Vertigo editor Karen Berger, with whom I work monthly on covers for their (ahem, bestselling, woo hoo,) series called The Unwritten.
This year, I received my first (hopefully not last...) nomination for Will Eisner Awards in best cover artist category. I am just happy and honored that enough people thought my work deserved a nomination. I don't want to think about wanting to win, which I may feel, if I was in San Diego.
I rather stay in New York, finish up piled up work before heading out to Italy early next month to teach a week long workshop.

BUT, that does not mean I am not present at Comic-Con.
In fact, I am participating in a one night charity auction event curated by Creterion Collection for Japan earthquake relief.
Creterion Collection puts out beautifully packaged collectors edition DVDs with edge, working with many illustrators. I remember dreaming of working with them when I saw a gorgeous package designed by Josh Cochran a few years back.

Eric Skillman of Creterion Collection has curated an auction show of Akira Kurosawa's works interpreted by various illustartors including Josh Cochran and myself. All one of a kind originals.  Proceeds will be donated to Japan Society Earthquake Relief Fund.

So, if you are at Comic-Con, head out to San Diego Wine and Culinary Center across the street from San Diego Convention Center. Friday July 22, 7PM to 1AM. And Buy art for a good cause!! 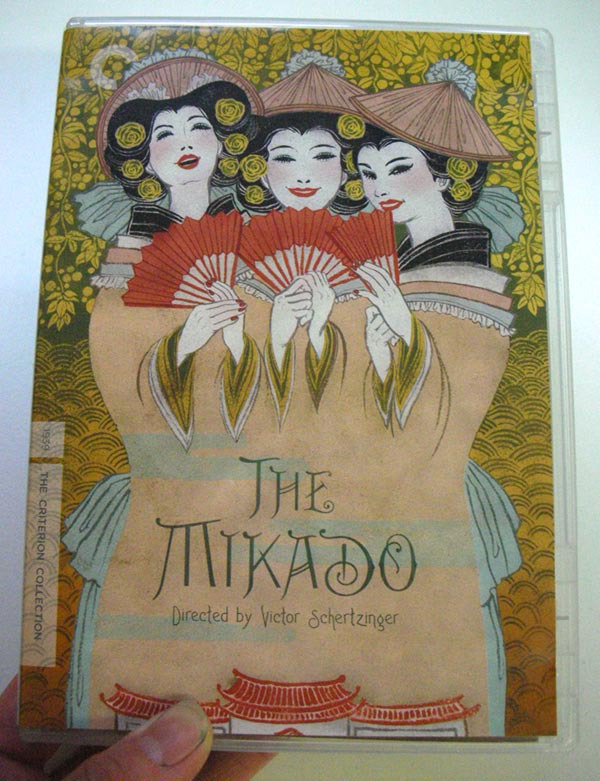 These are DVD packages I worked with Criterion Collection. The Mikado is an opera-film, and Topsy-Turvy is another film about two men who were behind created the opera Mikado. It was fun to work on both covers simultaneously. 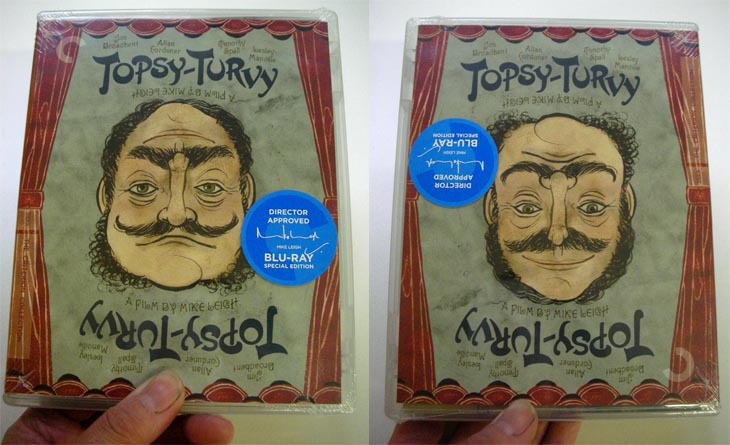 Topsy-Turvy, like the title, has the upside down heads of two main characters. It was a tough job to draw both of their portraits on one head and make them look like the actors. Eric helped me a lot with the process. I am happy with the result.
Below are the actors in the film. 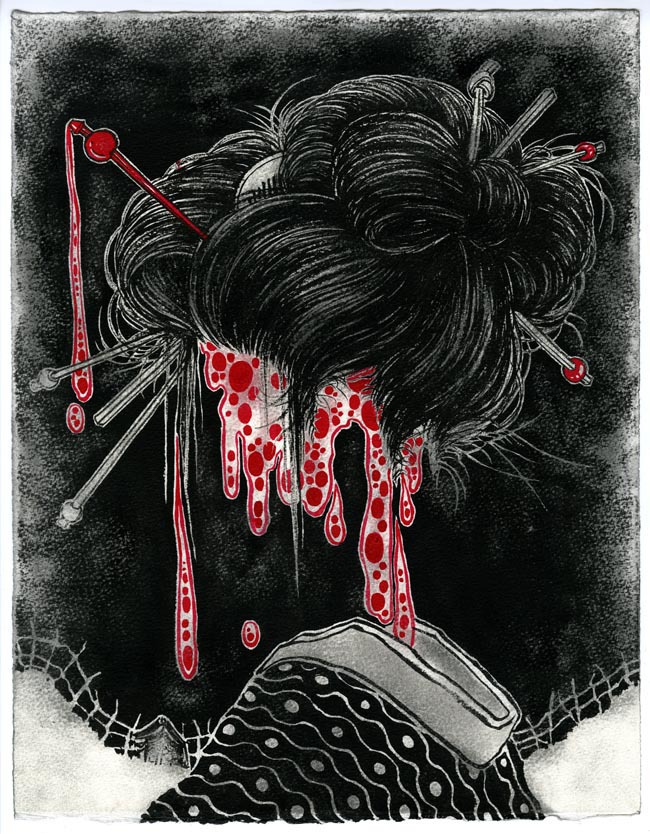 A TRIBUTE TO THE FILMS OF AKIRA KUROSAWA
A benefit for Japan Relief, presented by The Criterion Collection and Tr!ckster

TR!CKSTER and The Criterion Collection <http://www.criterion.com/>  have joined forces to curate a one-night-only celebration of the works of legendary director Akira Kurosawa. Cited as an inspiration to generations of storytellers, Kurosawa’s films resonate with a singular clarity of vision, and his images last in our minds long after the last frame has played.

This intimate show, curated by Criterion designer Eric Skillman, will feature original pieces by artists from the worlds of comics, animation, and illustration, including: Mike Allred, Scott C., Josh Cochran, Francesco Francavilla, Robert Goodin, Victor Kerlow, Ted Mathot, Scott Morse, Sho Murase, Yuko Shimizu, Bill Presing, Jim Rugg, Bill Sienkiewicz, and Connor Willumsen.  Though the gallery show will be free to enter and enjoy for the general public, all proceeds from sales of these works will be donated to the Japan Society Earthquake Relief Fund. <http://www.japansociety.org/earthquake>
This is a special engagement gallery event, existing for one night only: Friday, July 22, 2011.

Tr!ckster is being held at the San Diego Wine and Culinary Center, which is a venue across the street from the San Diego Convention Center where Comic-Con is being held. Its address is 200 Harbor Drive, San Diego. Our show, "A Tribute to the Films of Akira Kurosawa," is one night only, Friday July 22, 7:00 PM to 1:00 AM.

Topical: art for good cause!  awards and recognitions  special projects  shows and events  illustration process
Latest
Whether you make it or not is never about talent. message to the aspiring artists art doesn't save people's lives (but it can do other things instead) Merry Christmas, Happy Holidays. 26 illustrators for Zatoichi box set life after art school, now what? conversation on JUXTAPOZ attack of the 80 foot octopus (mural) Why I think day job is good for you. (for aspiring artists out there) location drawing (virtually) on Google Map 15 influences, that stick with you, FOREVER. free event at Apple Store NY
Topics
Topics
advice for young artists art for good cause! awards and recognitions business practice and ethics DC Comics Vertigo illustration process inspirations interviews products random thoughts shows and events sketchbook special projects teaching etc. travels
Archive
© 2023 Yuko Shimizu