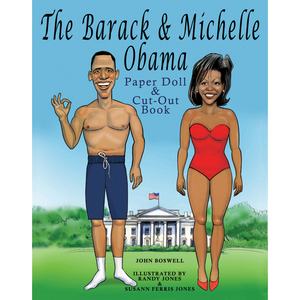 Around the Presidential Inauguration John Boswell called me up with his idea about an Obama paper-doll book. I was thrilled. I remembered the wonderful cut-out books of "The Ronald and Nancy Reagan" and "Prince Charles and Princess Diana" that he had produced. My wife Susann Ferris Jones, has worked with John on other book projects. She used to work as a fabric designer. When I first drew Barack and Michelle their arms were down at their sides. John noticed that when Barack would articulate a point, he would gesture with his thumb and forefinger in the air. One of the spreads, A Day of Work, shows Barack holding his ubiquitous Blackberry in the same hand. 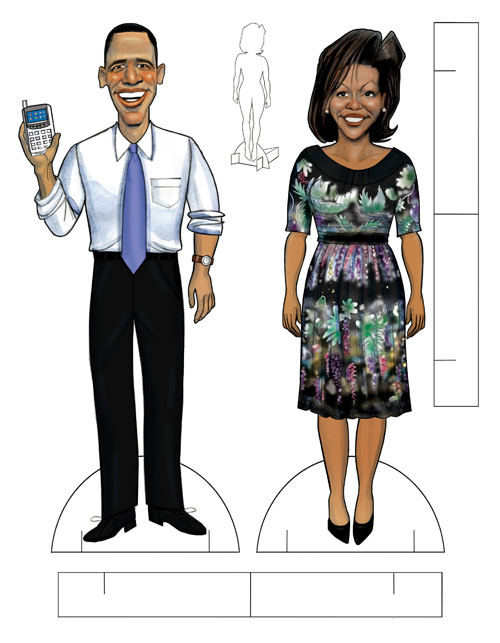 Spread for "First Day of Work", featuring the clothes the Obamas wore on their first full day in the White House. 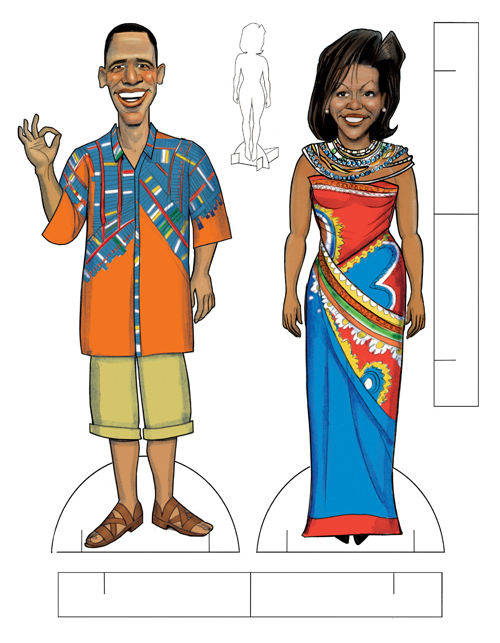 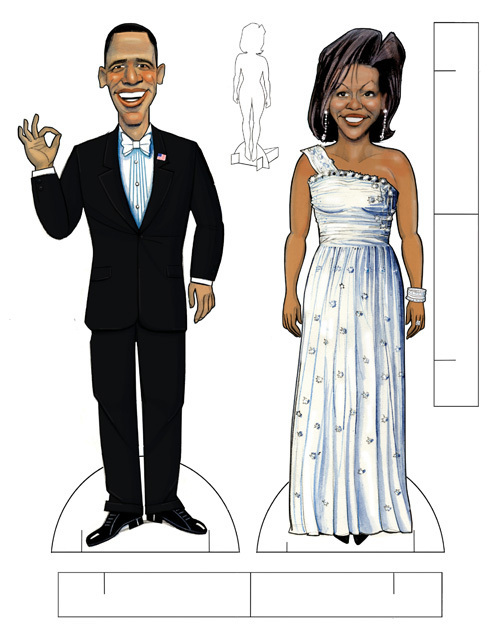 On Sunday Morning May 17 the book was introduced on Cindy Adams segment of The Weekend Today Show. http://www.criticalmention.com/ctv3-1/landing_email.php?type=email&video=true&random_string=c98aafc294945a9d14b2ad5e6a81320bOn Monday May 18, it headed her column in the New York Post. http://www.nypost.com/seven/o582009/gossip/cindy/first_coulple_is_cut_out_of_mere_paper_169824.htmWhoppi Goldberg also mentioned it on The View, and it was mentioned in Essence on line.http://photos.essence.com/galleries/michelle_obama_photo_blog#166321 There was also an article on them in the Chicago Tribune. 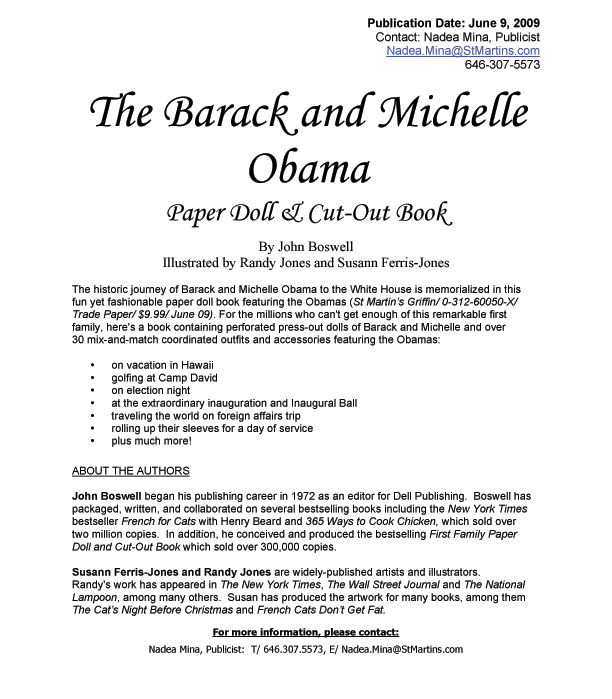