JUNE 5, 2009
The Celebrity Death Haiku was created by my friend Larry Peterson. I've known him for years and we've worked on several projects together; he even calls sometimes when a celebrity hasn't died. Go to the link below for a look at my drawings and his haiku. And feel free to leave your own comments or write your own haiku for David Carradine and other dead famous people (or is it famous dead people?). Either way, our motto is: They may be dead, but they're still famous!


Beat death to the punch
We know how but not why; just
That Bill killed himself
— Lairbo Posted at 04:31 PM 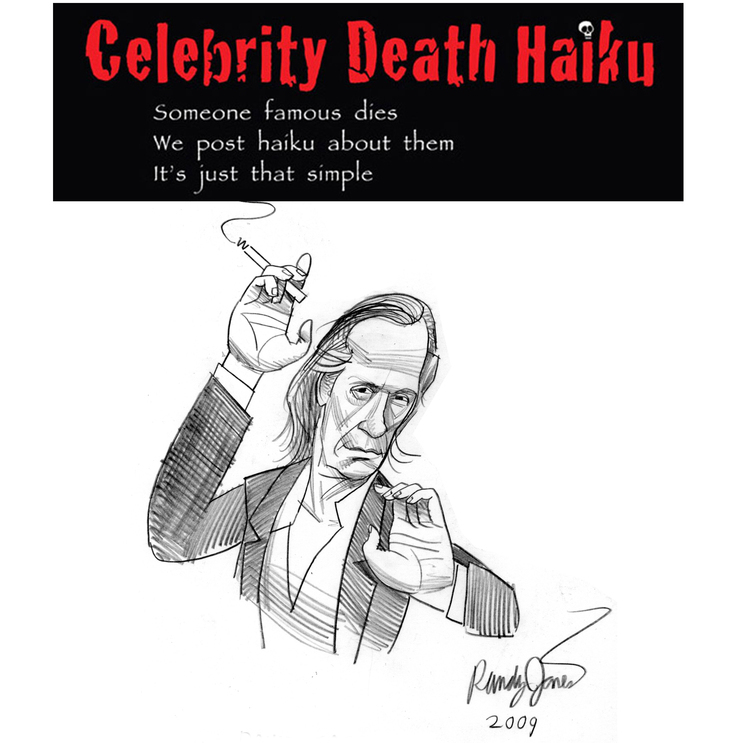