AUGUST 18, 2011
Angela Morris commissioned an illustration for a Peter Mandel article in the Wall
Street Journal. The piece was a satire with Henry David Thoreau being introduced
to Twitter. Thoreau was asked to test the prototype of the PodPad-- "the exciting new
internet platform, phone, writing slate, security camera and baby Monitor."
Coincidentally, I found this Thoreau quote about a bluebird. " A man's interest in a
single bluebird is worth more than a complete but dry list of the fauna and flora of
a town." Apparently, he had a bluebird perch on his shoulder while he was hoeing
a community garden, and the bluebird was attracting more attention than the flower
and fauna underfoot.
Then Angela suggested "Can we make the birds look digital? That would be a nice
touch."
My wife Susann Ferris Jones sometimes helps me with some photoshopping, and
she took the Twitter logo and digitized it.
I sent Angela the two versions. 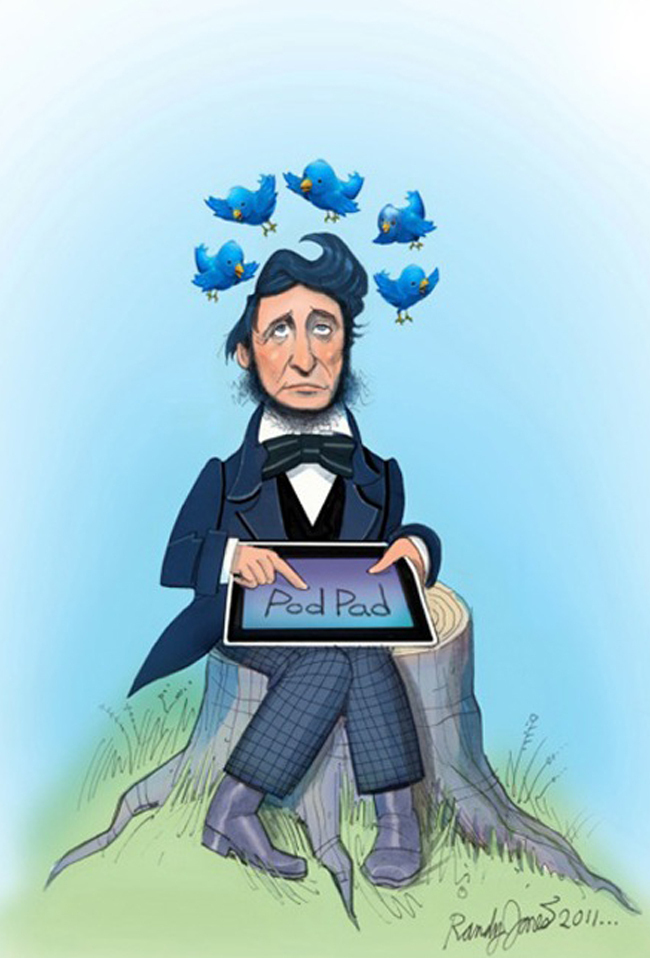 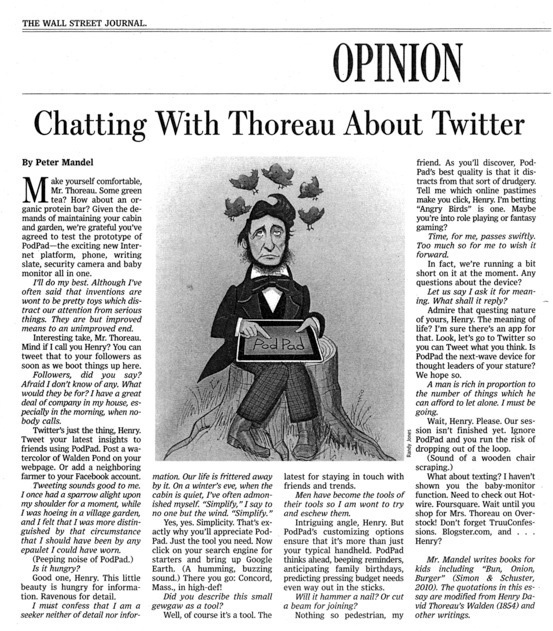