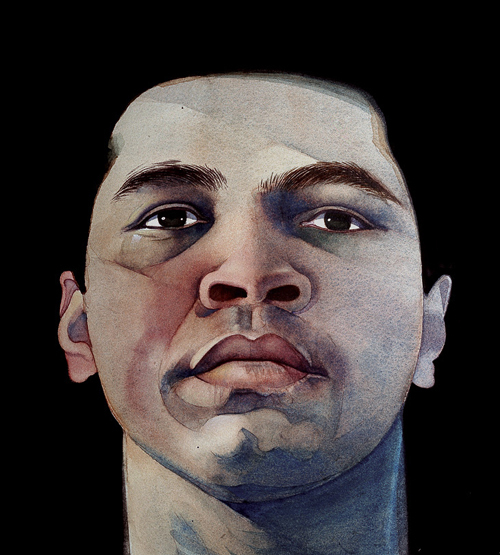 student work, 1977
I’ve done a lot of sports illustrations in my career.  I’ve always liked sports a little more than an illustrator should.  I played football in high school; Played a lot of 3 on 3 at the local recreation center in my college days.

My favorite sports memory occurred on May 6, 1971 at the Olympic Auditorium in Los Angeles, California. An unranked Welterweight named Armando Muniz fought a very ranked Oscar Alborado in front of a sell out crowd. I was with my father at the Olympic auditorium that night. Punch for punch, blow by blow, I was rooting for Muniz all the way! Muniz, against great odds, showed raw courage, rugged determination, and tremendous skill.  The fight ended in a draw. It rained money that night at the Olympic, and I’ll never forget it.

Today, those memories still influence my career.  I have created sports illustrations for Inside Sports, Sports Illustrated, ESPN, The OP-ED page, The New York Times Sports page, Golf Digest, Runner's World and the New York Times magazine. Somehow, I was never interested in the sport as much as the story.  Some of these images are about cheating, illegal activities, and gambling.  Others are about struggle, perseverance, victory and defeat. Here are a few samples of sports assignments I’ve done.  The earliest images are from 1977, and the most recent illustrations are done this year. Hope you like the work. 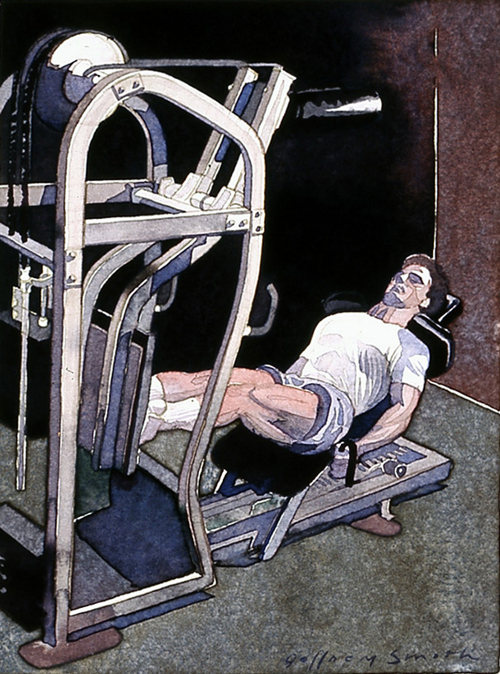 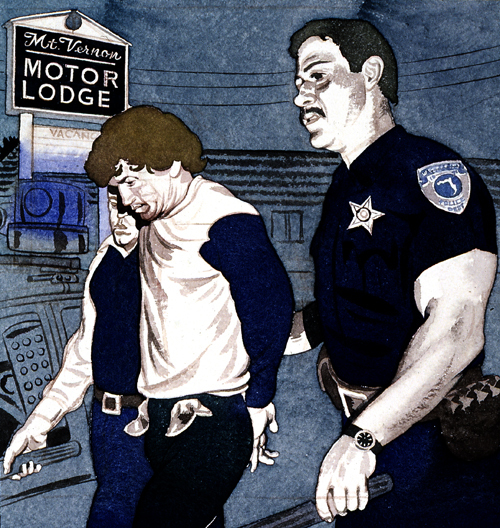 Sports Illustrated, circa 1987, "The Case Against Brian Spencer." One of several illustrations for a feature article about a former hockey player accused of murder. 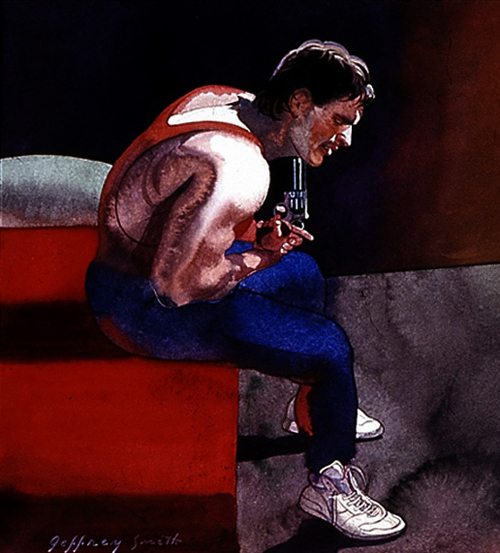 Sports Illustrated, circa 1987, "The Nightmare of Steroids" by Tommy Chaikin. One of several illustrations for a feature article about one football players experience with steroid abuse. 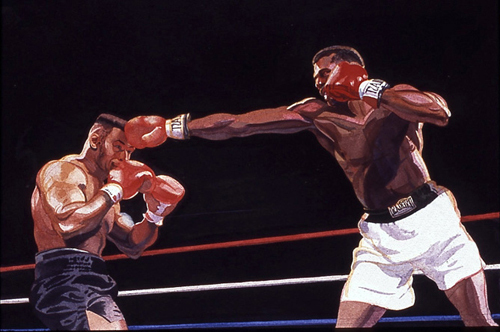 Sports Illustrated, circa June 1988. One of several illustrations showing the the strengths and weaknesses of each fighter before the Tyson / Spinks fight. 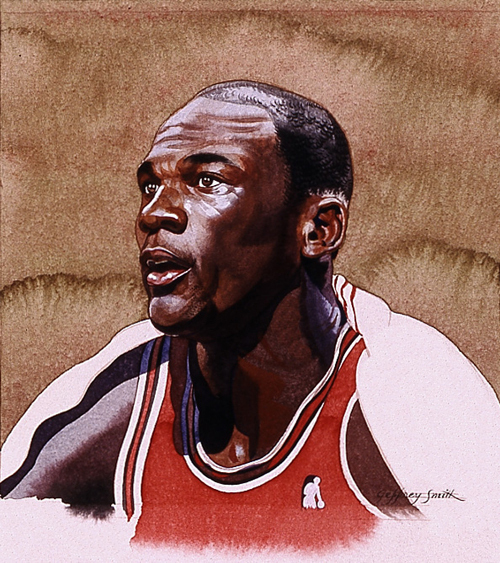 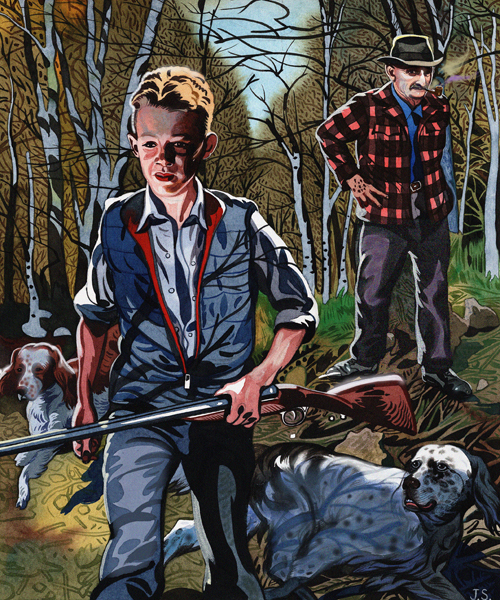 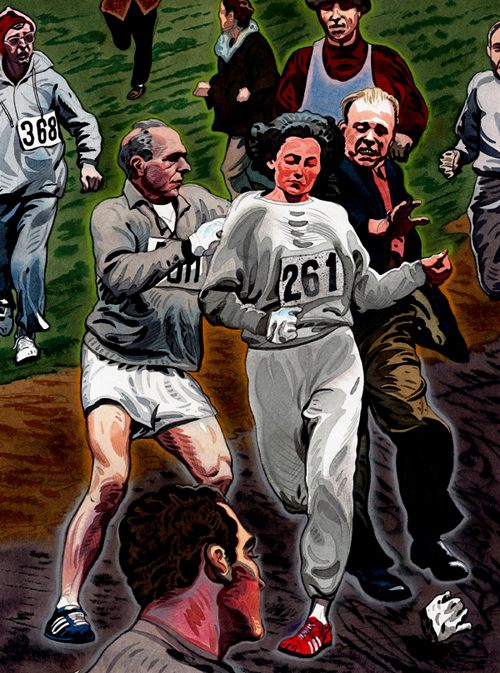 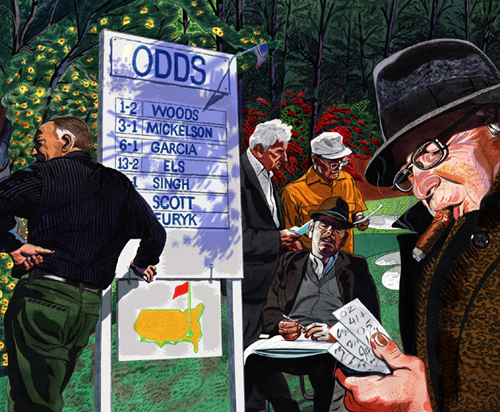 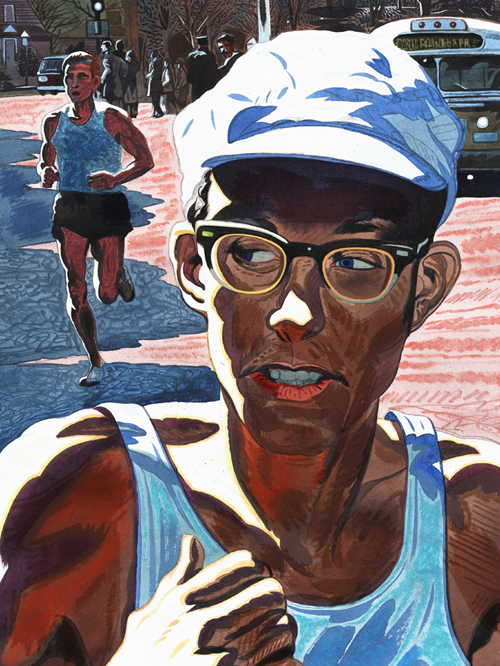 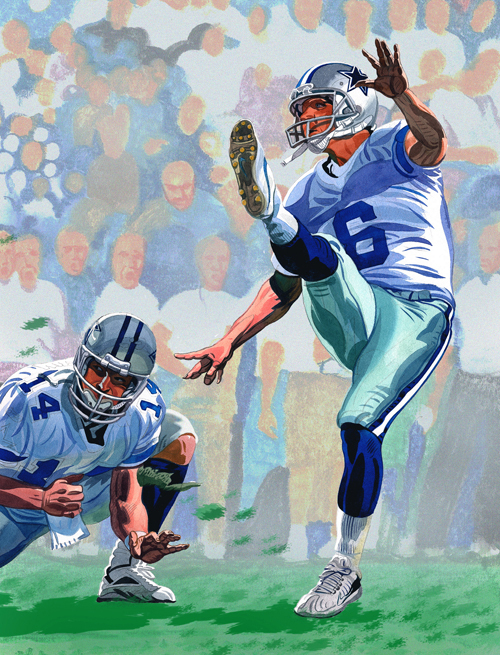 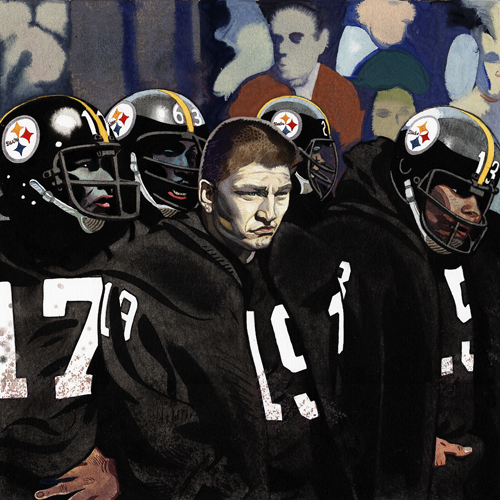 Sports Illustrated, December 27, 2004. One of 6 illustrations for a feature article titled, "The Road Not Taken." 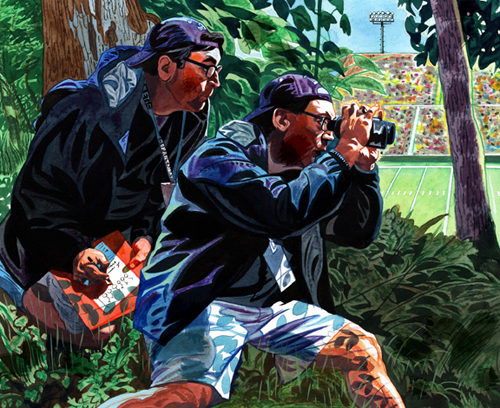 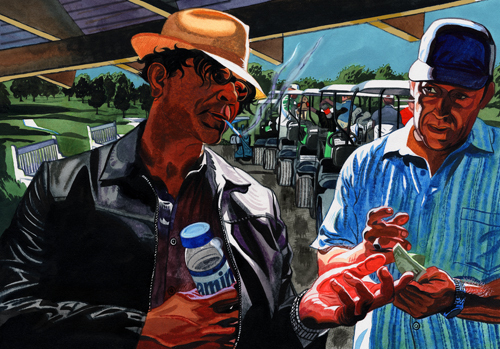 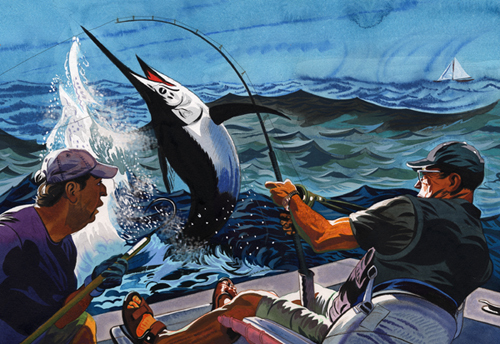