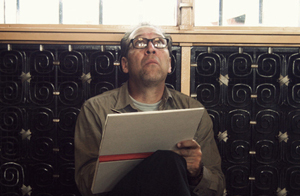 Jeffrey Smith began his editorial illustration career in 1979 in Los Angeles, California. He graduated from art school in 1980. Later that year, Smith moved to New York. His early clients included Inside Sports magazine, Time, Newsweek, New York magazine, and The New York Times, and later Simon & Schuster Books, Pentagram, Dartmouth Alumni Magazine, Princeton Alumni Magazine, GQ, The Wall Street Journal, and Rolling Stone Magazine. Smith earned an MFA from the School of Visual Arts in 1986. Today Smith is a freelance illustrator, blogger, writer, photographer, painter and film maker. His clients include any editorial publication under the sun, in the USA and abroad. He is the recipient of numerous awards in illustration from The Society of Publication Designers, Print Magazine, The A.I.G.A., Communication Arts Magazine and The Society of Illustrators in NYC.