Thoughts of My Sister - Reality & Dreams 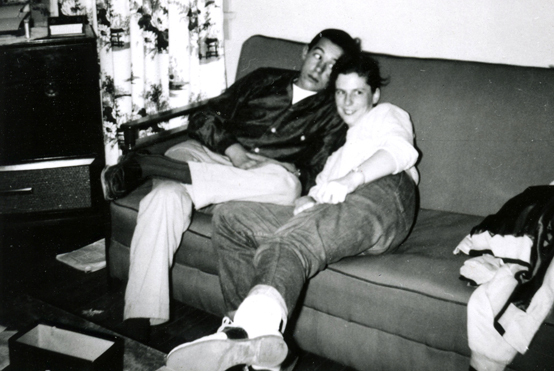 My sister, Jude (Judith Arlene), battled cancer for eight months. She was my oldest friend. Born more than two years before me, Jude was there, that morning in 1941, when I replaced her as Elwood and Virginia's center of attention.

She was diagnosed with pancreatic cancer on May 22, 2008 and died on January 22, 2009. She and I had long, heartfelt and emotional telephone conversations regularly over that eight month period--nearly every night during the hardest times. We discussed her illness and hammered away at the unfairness of it all. We wept together and we spent long stretches reminiscing. We tried to make sense of the creepy, hidden cancer cells growing in her pancreas and of the mystery waiting for us all at the end of life. Those intense conversations might explain, at least in part, why I'm not as emotionally devastated following her death as I  imagined I'd be. I anticipated an emotional body blow right after Jude succumbed to the cancer, but I seem to be at peace. I have moments when the reality of her death overwhelms, but the feeling doesn't hang around long.

It has been hardest for her husband Bill Wright, who spent the full eight months caring for her. He learned to administer the insulin injections and arrange and monitor her ever-growing pill regimen. He was at her side for the chemotherapy that was cut short due to a blood clot. He was there for each radiation session that followed. Her well being became Bill's entire focus. He kept amazing notes. They were concise and completely legible. His task--one he embraced without complaint despite intense pain from a degenerative disc in his lower back--ended suddenly with her death. He knew my sister for most of his life. They began dating in the late 1950's when he was 16 and she was 18. They were married for 46 years.

Over the eight months my sister fought the deadly cancer, Maggie and I trekked down to her home in Tennessee four times. Like me, Jude was a world class worrier, and she did not consider herself to be a brave person. It was not an easy task, I know, but she valiantly fought the disease and she regularly amazed us all with her determination, courage, loving heart and sense of humor.

I've had three dreams of my sister since her death:

Jude was young and light on her feet, nearly twirling with happiness as she and I walked along a paved walkway--it may have been a waterside park--with several other blurry, out of focus, characters. I, too, felt carefree, caught up in Jude's buoyant, joyful energy. Suddenly, the reality of her death hit me. I moved away from the others and stood alone by a streetlight weeping as they continued along the path. I awakened from my dream, still weeping.

A couple of night later, I had a second dream.

Jude and I were walking arm and arm, heading to the Staten Island Ferry in lower Manhattan. She was about to take the ferry and we had to say goodbye. I began weeping and she held me and told me not to worry, that she was fine. As she parted, I awakened, still crying into my pillow.

This dream, the third I've had since my sister, Jude, died on January 22, 2009, began in a commercial kitchen, where I was helping others scrape food off plates into trash cans. After scraping a couple of plates, I wandered into the next room where people were gathered. I told them that, in my view, even if there was a heaven or some other kind of life after death, my sister would be way too busy adjusting to her new existence to hang around with those she left behind. I began weeping and turned away from the others. Jude appeared from an adjoining room and we hugged and wept together

Like my two other dreams, I was sobbing as I awakened.