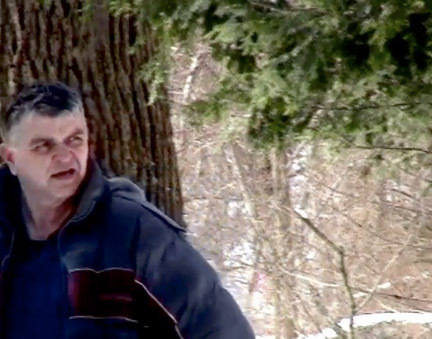 As best I could tell, our neighbor, Lanny Sipperley was not a complicated man. If he had demons, they were kept hidden. Some of us (me, in spades) blather on about our feelings, our fears and our opinions until the cows come home. Others (Lanny, in spades) hold their private thoughts close to the vest, like W.C. Fields' trusty whiskey flask. Now and then, I'd ask Lanny about his childhood or I'd tell him about one of my military experiences, hoping he would share one of his. Each time, he'd shift the conversation to a more comfortable topic, usually the weather or local gossip. "We live in a fishbowl" was Lanny's mantra. Locust Grove Road, is a cul-de-sac, which means you are watched coming in and going out. He lived on this street in the same small, white home for his entire life, minus three years serving his country. Lanny knew about life in a fishbowl.

In 1945, when Lanny was one year old, his parents, Vernon D. and Estelle Sipperley, moved into their modest Locust Grove home. Lanny was a good son and a good student. He graduated from Rhinebeck Central Schools, class of 1962, and earned an associates degree from Dutchess Community College in 1964. Neighbors say he was good at sports. He served in the United States Army from 1964 to 1967, spending two of those years in Germany. He enjoyed the beer there, he told me, but I never saw him drink. Lanny didn't smoke, he didn't curse. He was a man of good cheer even when times were tough. He was, in short, a good citizen of the world.

Life was not an easy road for Lanny. It is said that he returned from the army a changed man. He didn't see action, but something mysterious, it seems, happened over there. When Lanny's military obligation ended, he moved back home to live with his mother. Estelle was a genuine, home-grown eccentric—at least during the years we knew her. Often, on a cold winter morning, Maggie and I would stand at the window watching Estelle, her nightgown peering out from under her husband's old, red plaid hunting coat as she stomped through the snow with her tethered Siamese cat. Come spring and there she was, up on a ladder clicking her false teeth and slathering fresh paint on the side of her single-story house. Lanny spent his time outside raking leaves and stones off Locust Grove Road. He also worked occasionally for his cousin, Peter, who ran a plumbing supply shop in Rhinebeck. Peter was also, for many years, the Mayor of Rhinebeck. Lanny and Estelle were good neighbors—they kept to themselves, but they were friendly, willing to help out if asked.

We were concerned about Lanny after Estelle suffered two strokes (the second one knocking her into a vegetative state). How, we wondered, would he handle things without her? We were relieved and delighted when he landed a full-time job working for a local commercial landscaper. Not long after his mother died, Lanny surprised us again by starting his own landscaping business. At his funeral, several of the men who had worked for Lanny over the years stepped forward to laud him. He was, they said, a hard worker who was a man of his word. And all who knew him said he was generous to a fault. By the time he died of heart failure on December 3rd, 2007, Lanny had fallen on hard times. Still, he insisted on buying coffee for his cohorts, even when his broken down truck was running on treadless tires and vapors.

On March 17, 2007, precisely one year ago as I write this, I was hunkered down on our enclosed back porch filming birds and squirrels in our back yard. They had gathered to devour the seed I had sprinkled around our freshly plowed driveway. A final snowstorm had come and gone, leaving ravenous animals in its wake. The birds noisily exploded from view, as Lanny, shovel in hand, crunched into the picture frame. During the summer, he cut our lawn and, after each heavy snowfall, we hired him to shovel two paths—one for our postman and another to allow access to our compost container. He didn't see me on the darkened porch as he attended to his task and I was loathe to disturb the moment with a greeting. This short movie was created from footage taken that day.

It doesn't seem right that this gentle man, built solid, like a fireplug, was so easily and suddenly taken away. Lanny, wherever you are, the fishbowl misses you. 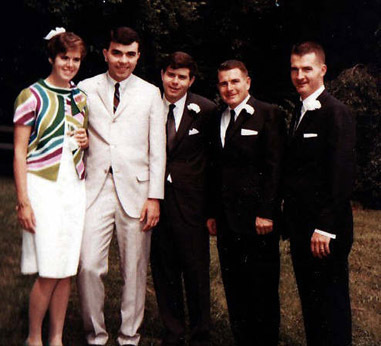