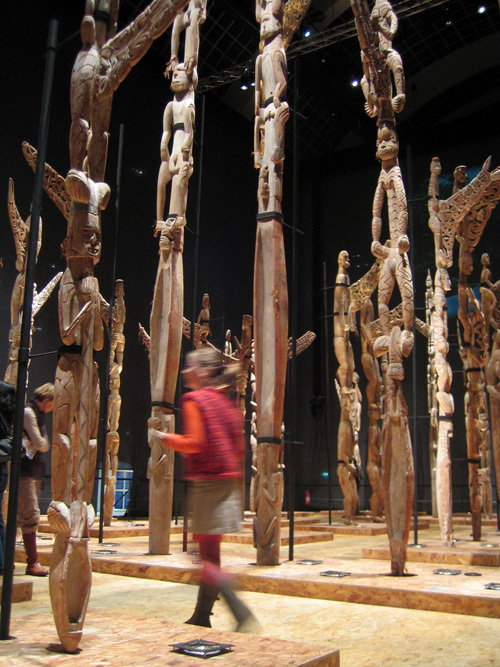 This job just kept getting better and better.
The second item that I had to illustrate for the Tropen Museum was the bis poles (circa 1950) of the Asmat Tribe from Papua New Guinea. The Asmat people were originally cannibals. Yes, headhunters! They celebrated the dead by carving a bis pole out of a Mangrove tree. These giant wooden sculptures of their ancestors had great meaning and were thought to have supernatural powers. After a final feast, the Asmat abandoned the bis poles in the sago palm groves from which they obtained their primary food. As the poles decayed, their fertile supernatural power returned to the earth and fertilized the sago trees. 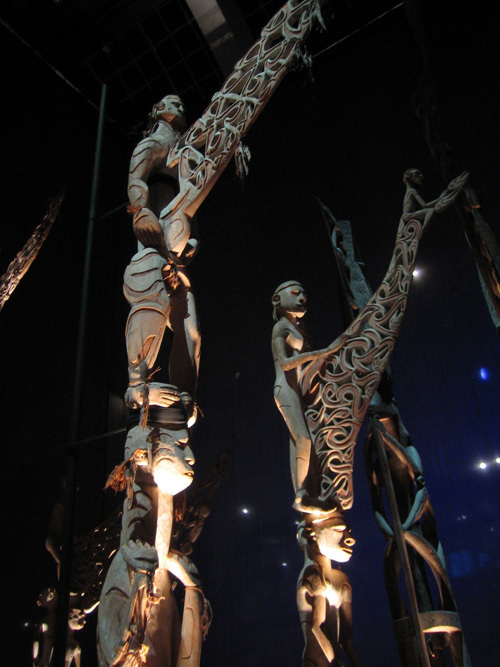 I had the amazing opportunity to visit the Tropen Museum in Amsterdam while they had a special exhibit of a worldwide collection of the bis poles. It was breathtaking. Some of the poles seemed to reach nearly 30 feet. Each bis pole is carved from a single piece of wood. During carving, all but one root is removed and the tree inverted, so that the remaining root forms the spirit-like projection at the top. 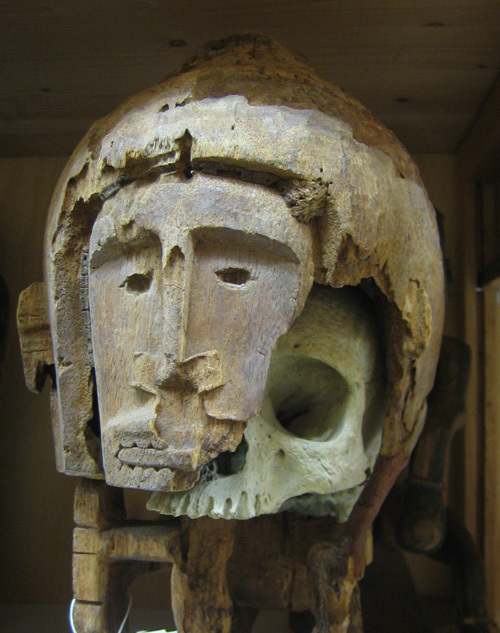 I was even given access to the vaults in the basement of the museum. I felt like Indiana Jones. The cavernous vaults were filled with ancient artifacts from lost tropical worlds. They had an amazing collection of the skulls from the Asmat tribe. Their trophy skulls were decorated with jewels and encased in a sort of wooden carved head. The museum no longer has these on exhibit because they said it was not respectful to the dead.

OK, enough history. Here are the sketches and finals. 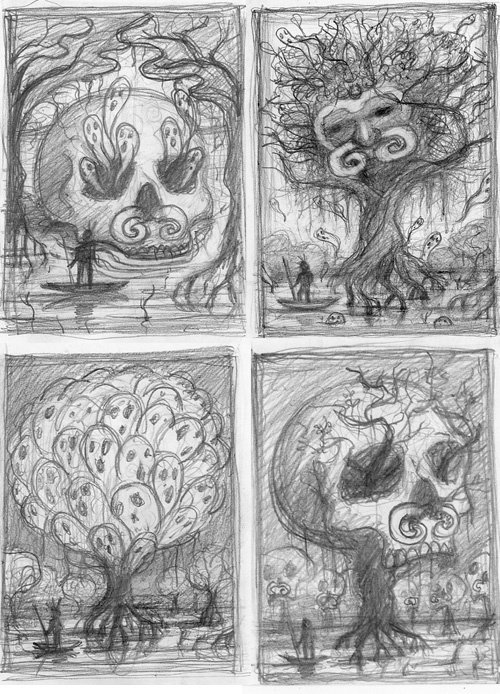 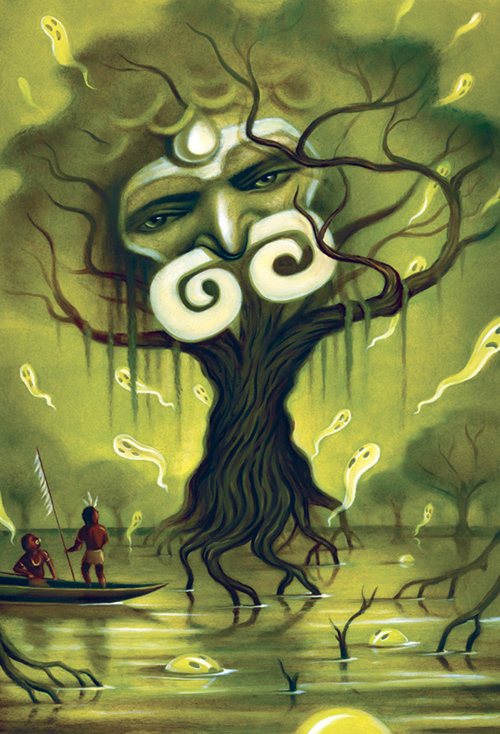 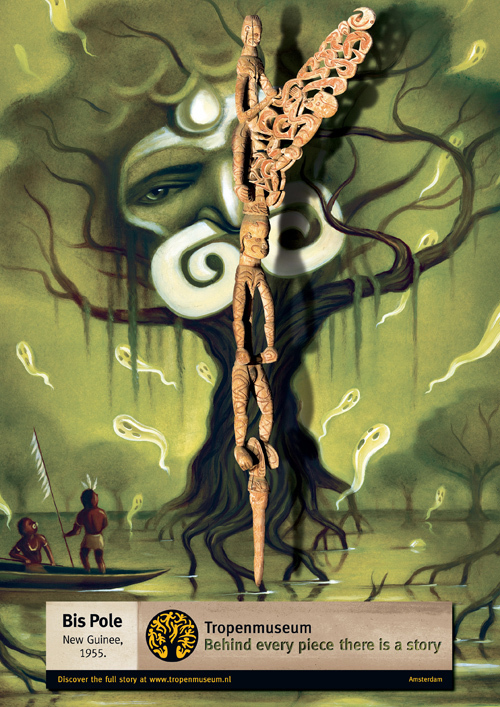 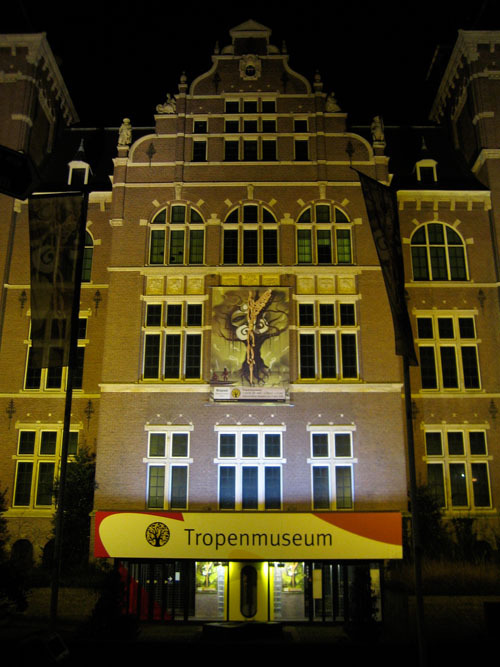