JULY 16, 2015
The recent re-rearing of orphan works' ugly head, as so eloquently and passionately described by Brad Holland here has a depressing air of deja-vu about it. Here we go again... Illustrators, it seems, can never relax our vigilance. There are always wolves circling, ready to cull our herd under cover of darkness. This proposed copyright legislation is just another horrible reminder.
20 years ago the Copyright Act seemed like a benign protector, not the blunt tool of corporate interests it may yet become, but that didn't mean we had nothing to fear. In the warm glow of hindsight, the 80's and 90's can sometimes seem like a golden age for illustrators – a time of civility and decorum, waters thick with amazing magazines, and plenty of great work to go around. But there were plenty of pitfalls too. Work-for-hire contracts, people who appropriated art without attribution or compensation, clients who sprang lousy contracts on us after we'd done the work, or who demanded endless rounds of changes to final art, clients who just never paid – sometimes you felt like you had to become a virtual Houdini to slip the traps set for you. Some illustrators, unable or unwilling to deal with the strain, rushed into the comforting arms of reps, with mixed results. The rest of us just exchanged tips and anecdotes, laced with bitter humor. But by 1993, one designer and one illustrator had had enough.... 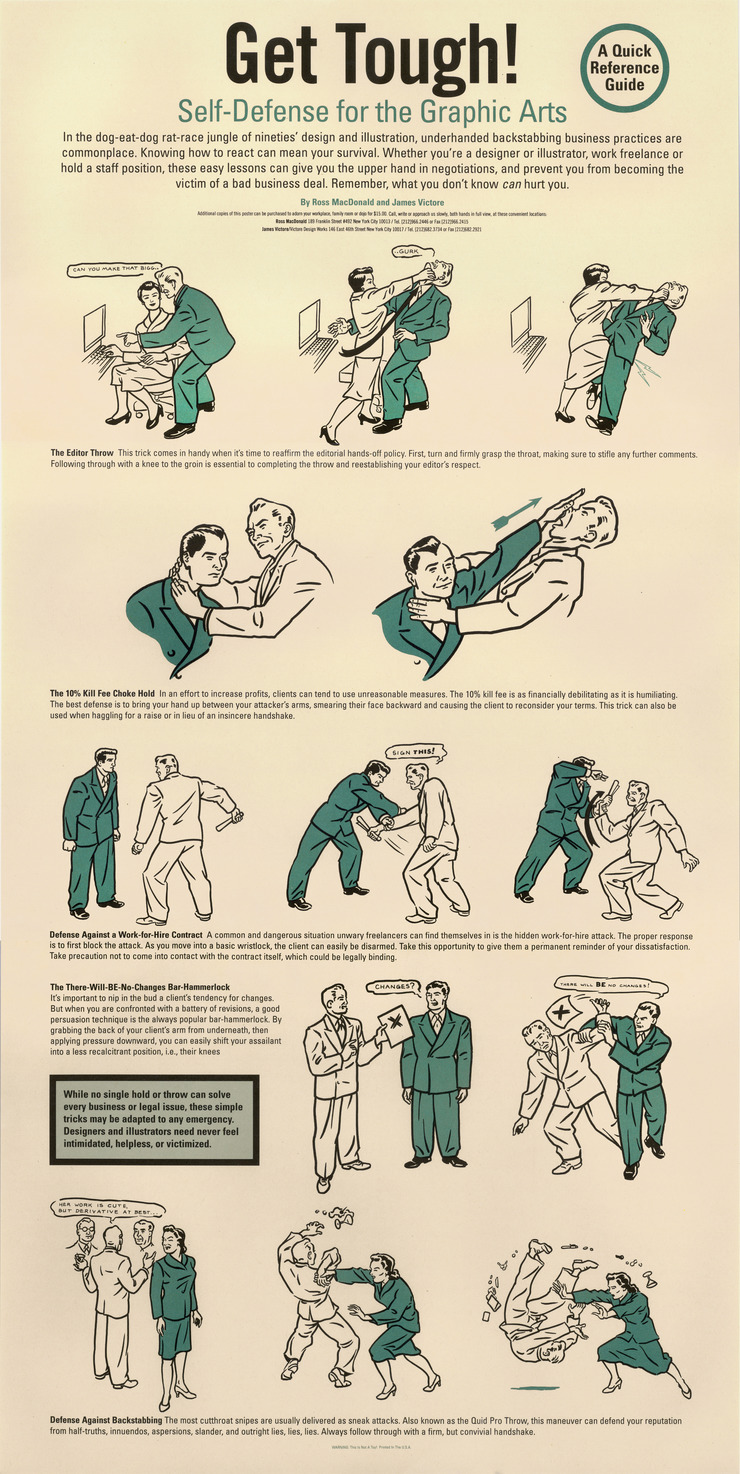 Designer James Victore and I were sitting in a bar in lower Manhattan, swapping client war stories. We had just come from our weekly thursday-afternoon training session with the legendary self-defense teacher Charlie Nelson – former WWII Marine Sergeant and Popeye lookalike, so the bad client narratives were peppered with talk of joint locks and knee kicks. At the same time, we were also trying to come up with ideas for a humor piece that Steve Heller had asked us to create for the AIGA Journal. Somehow, after a couple of beers, it all came together into this piece, which we also issued simultaneously in poster form. We sent it out as a promo piece, and soon found that we had apparently struck a nerve. I received many more requests for copies – from designers, illustrators, even editors. For years after, I was happily surprised to encounter it hanging in many design offices and magazine art departments, as a warning I suppose.
The techniques shown on the poster are real - a combination of jiu jitsu, Charlie's gutter-fighting techniques, and a three stooges eye poke for good measure. Deadly and hilarious when performed correctly. 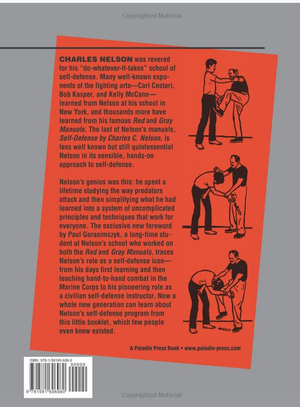 This rambling trip down memory lane comes back around to orphan works with a graphic example – as I searched for Charlie online just now I came upon this book on Amazon. At Charlie's request, I illustrated it and James designed it. We worked our cans off on it, and when we handed the finished book to Charlie, he growled his trademark "yah!" and tossed it in a file drawer without further comment. This so enraged James that he never went back. I continued lessons for another year or so but I never heard anything about the book. Charlie retired years ago and passed away in 2003. But someone obviously dug the book out of his files and printed it without attribution or compensation, just like the good old days.