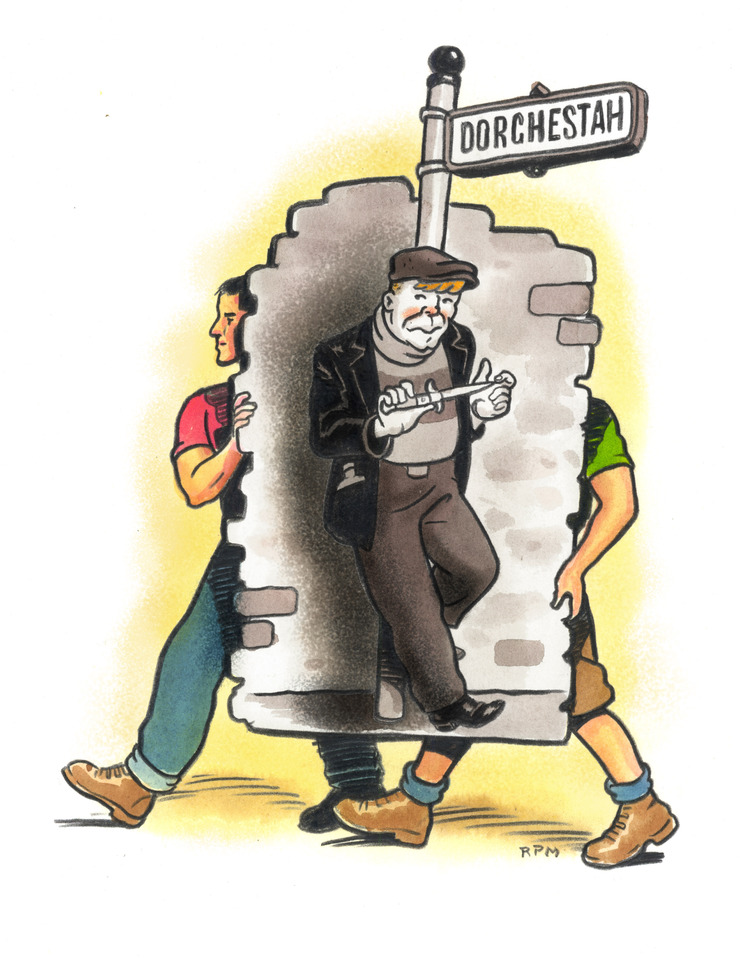 In a true stop-the-presses moment (in my fervid imagination, at least), last night the Boston Globe editors made a last minute change to the Saturday front page. For the first time in anyone's memory, maybe the first time ever, they ran an illustration on the front page. 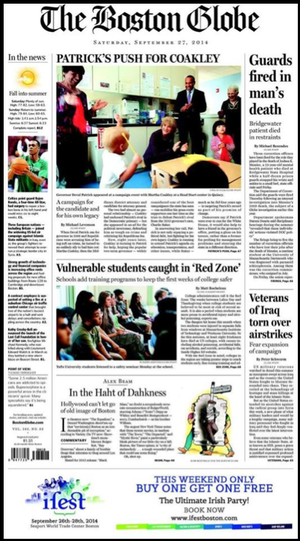 It was an illustration I had done for a great op-ed piece by Alex Beam. I turned in the sketch late thursday. Art director Greg Klee got back to me and said that the editors wanted to run the article on the front page. SInce the Globe never ran illustrations on the front page, that meant the illo was killed. A few minutes later, another email: in the highly unlikely event that the editors decided to run the illustration on the front too, would I be able to send it in that night. It would mean that I had to miss Project Runway, but these are the kinds of sacrifices we're willing to make in the rough and tumble world of editorial illustration. I was in. Thus began a roller coaster ride of emails. The last news thursday night  was that the front page was off, and the finished art was now due friday again, in color this time, for the op-ed page.  I turned it in by 5. Later that night I got this from Greg:
"unbelievable

Your illo is going on the front page on the boston globe!
I've been here 13 years and this is the first editorial illo on the front of the globe. it may be the first ever."
Given the previous back and forth by the editors, my elation was tinged with a hint of skepticism. But sure enough, this morning I rubbed the smeglies out of my eyes and looked, and there it is.
Many thanks to doughty art director Greg Klee
You'll love the article - read it here:
http://www.bostonglobe.com/opinion/2014/09/26/haht-dahkness/kPO6sCSJReoA1T0GoLLy0N/story.html