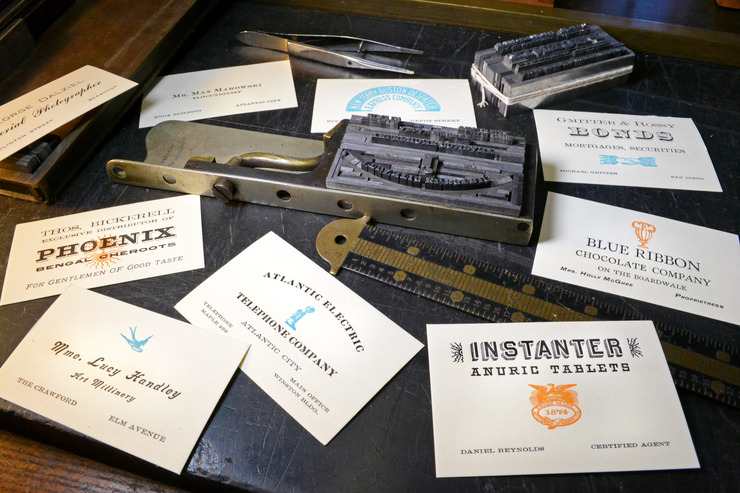 I have had the privelege of working on the HBO show Boardwalk Empire for 4 seasons, designing and fabricating props. I've made Nucky's desk checkbook and passport, Agent Van Alden's drivers licence and evidence tags, Al Capone's rap sheet, Jimmy Darmody's death certificate, Arnold Rothstein's calling card, pocket notebooks for many of the characters, coloring books, magazines, photo albums, catalogs, tickets, telegrams, agent ID's, maps, deeds, life insurance policies, medical charts, a newspaper, books, letters, bushels of legal papers, files and forms, and hundreds of other props.
Boardwalk Empire is set in early 1920's Atlantic City, during the opening years of Prohibition. One of the many things I like about the show, and about working on it, is the attention to correct period detail. Much of my time spent working on props is taken up by research - trolling through massive archives to find a 1922 New Jersey drivers licence or Irish passport so I can make ones exactly like them. I might take several long days to replicate some period prop that flashes past on screen for a millisecond. Until the episode is shot and edited, none of us know how much acreage a particular piece will occupy on screen, so I always make more prop than we need just in case. Sometimes the camera will linger lovingly on one of my props, other times you can't even see it. That's showbiz.
This piece is a good example. Originally it was meant to be a more visible hero prop, but in the end I think you catch a quick glimpse of the cover. 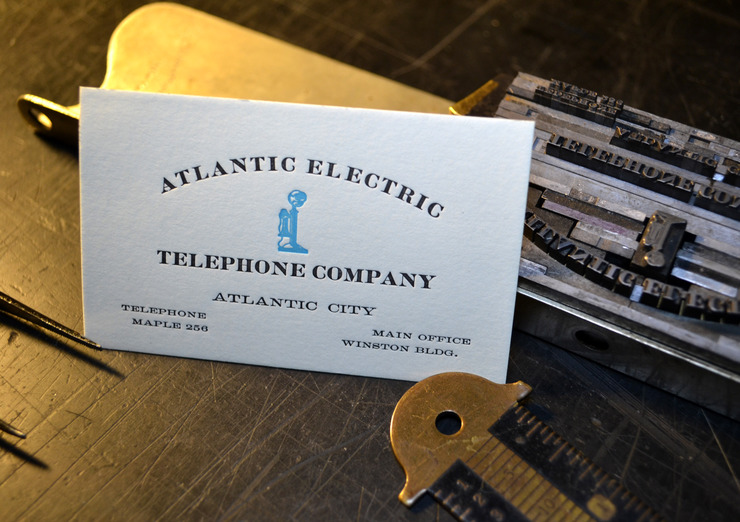 It's a fancy stationery salesman's sample book. Some of the envelopes and letterheads are copied from period examples in my ephemera files. Many of the example pieces were created from scratch – hand set in period type, and hand printed letterpress.
As is usual with these gigs, I get a 3 or 4 word description of what they need, a script page or two if I'm lucky, and then I have to hit the ground running. It was fun designing this one, but as with many paper props, part of the exercise involves generating the copy - in this case, coming up with names, businesses and addresses. It's harder than you might think, so I fell back on some real names. My intern and I became bond salesmen, my wife became an art milliner, and my kids book agent puts in an appearance as a fine chocolatiere. 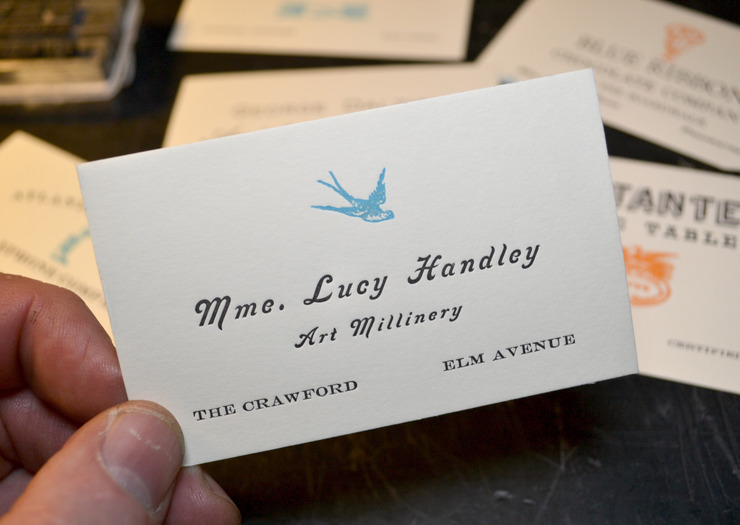 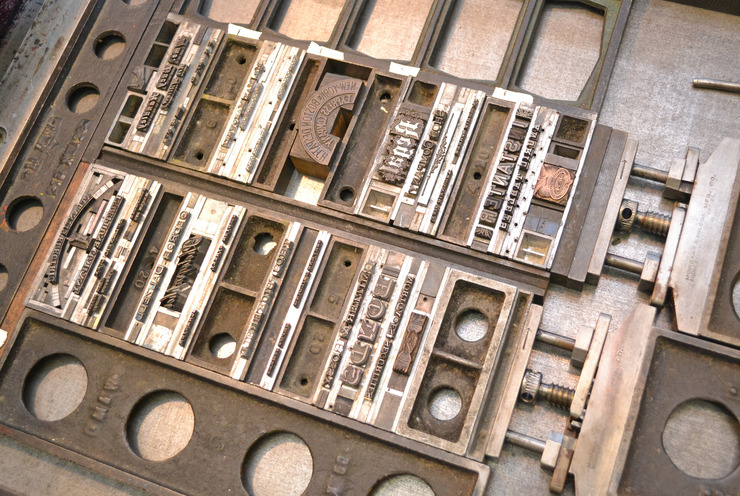 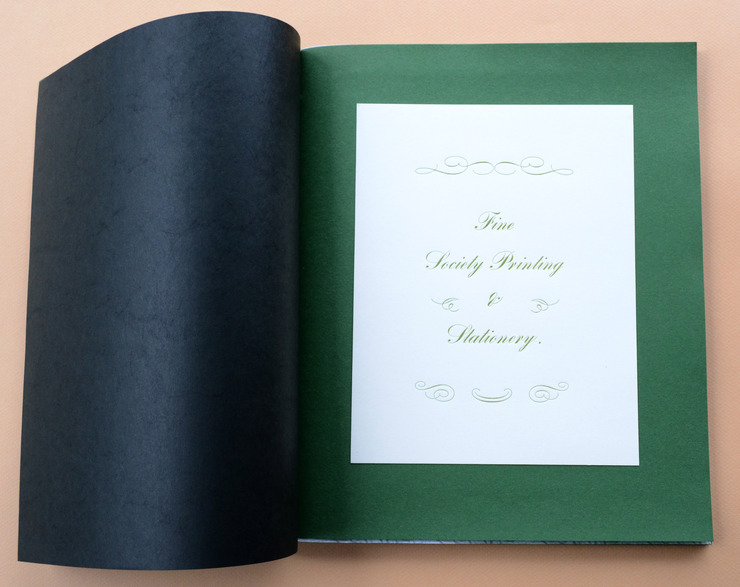 The cover and endpapers are green and black elephant hide paper  – which is no longer made, sadly – and the pages are lush green paper with sheets of glassine between. 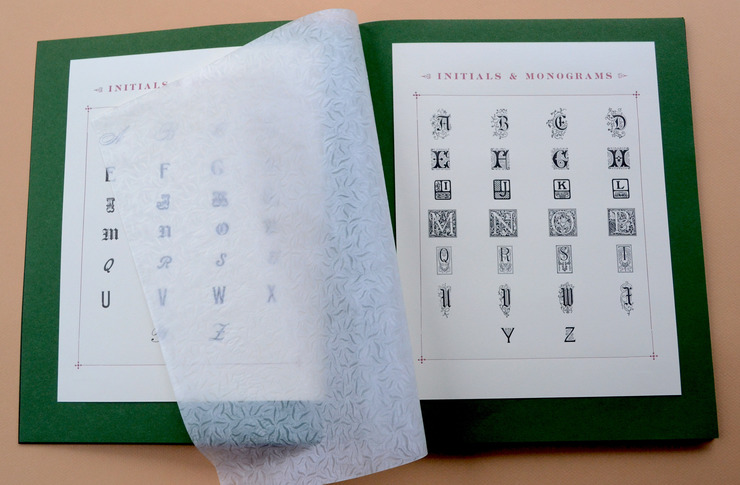 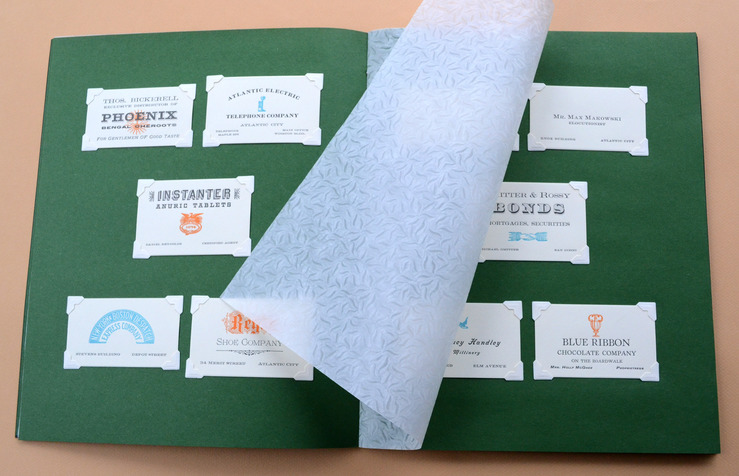 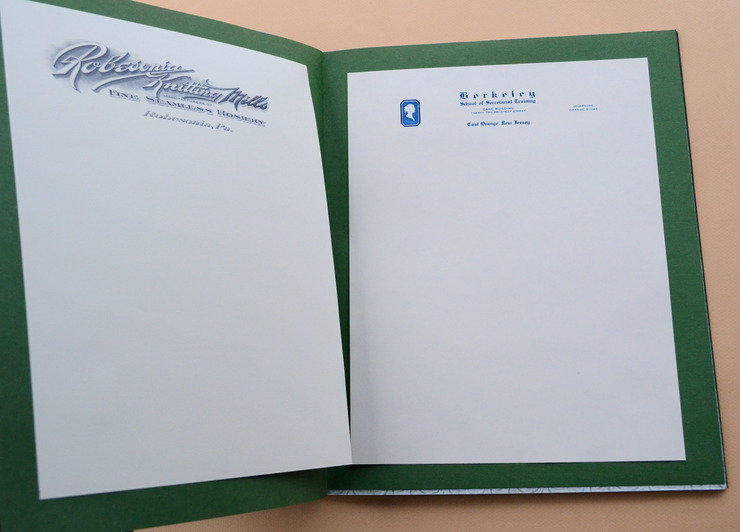 I'll share some other photos of Boardwalk props I've worked on in the days to come. In a few short weeks we start work on season 5 – can't wait to see where it goes from here!