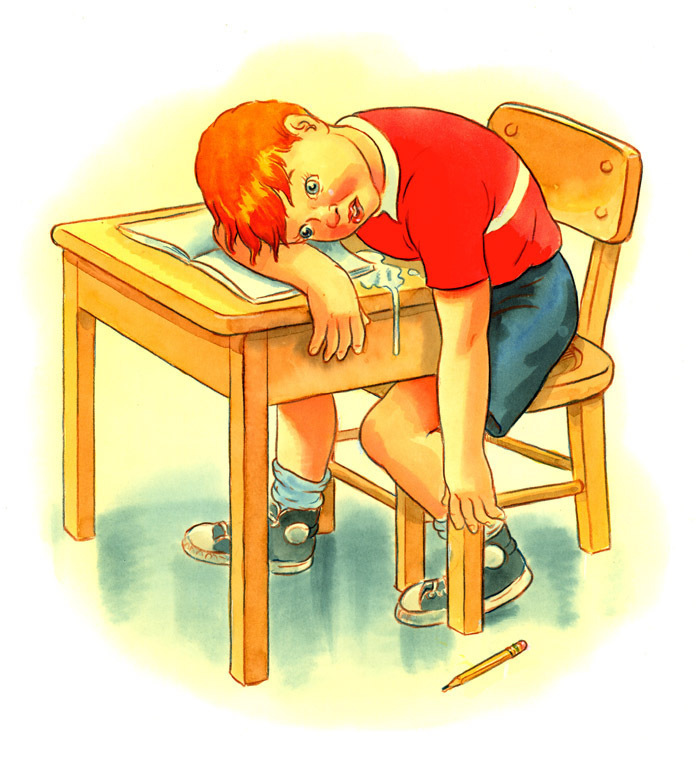 I was fortunate enough to have had four pieces selected for inclusion in the Society of Illustrators annual exhibition Illustrators 53.
The piece above, Now Billy can concentrate, won a gold medal.
I got to express my thanks at the awards gala last friday night in New York, but let me say it again here - thank you. It's a huge honor and I'm very grateful.
The editorial and book show will be on display til mid february, and I urge you to see it if you can - it's not often you get to see so much amazing work in one place. 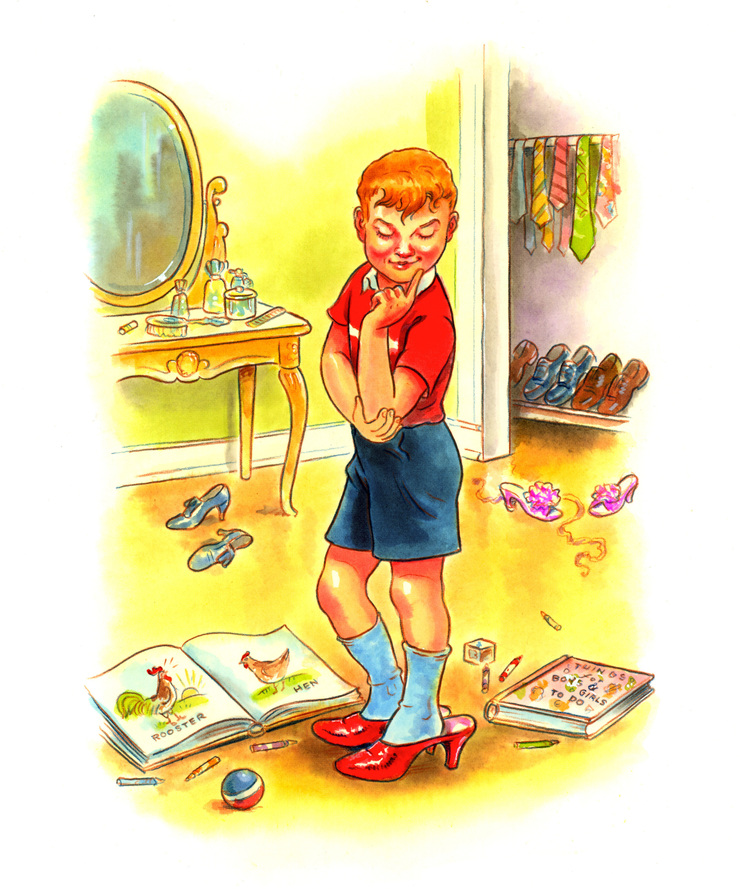 All four illustrations were from my book, In and Out with Dick and Jane, A Loving Parody, written with James Victore, and due out this April first, from Abrams Image.
It's a simple book, which tells a timeless tale of children and their world. A beautiful, sunny joyful world filled with foreclosures, gun culture, school shootings, abuse by priests, serial killer clowns, meth labs, racism, the Times Square bomber, big box stores, credit card debt, sex education, ADHD drugs, poor school nutrition, soccer dads, bestiality, latch key kids, Viagra, obesity, litter, pollution - in other words, a world much like our own. 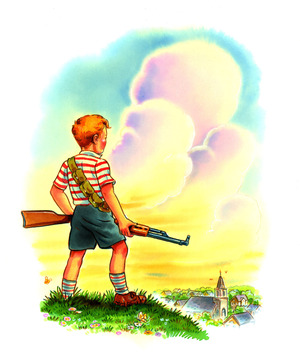 The book was over 15 years in the making. The illustration above was originally sketched for the Los Angeles Times Magazine around 1994. The sketch was killed. This illustration, titled some kids have hobbies, was sketched for the New York Times Magazine around the time of the early school shootings in the mid 1990's, but before Columbine. James Victore and I had written a few humor pieces together for magazines and were casting about for a more ambitious (lucrative) project. I don't remember exactly, but I'm guessing we looked at the killed sketches hanging on my wall and little lightbulbs appeared over our heads. 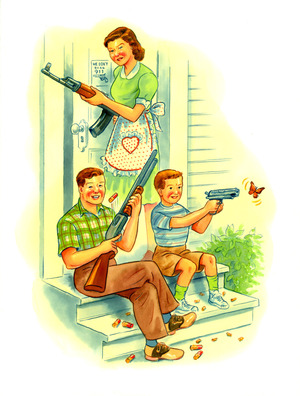 We wrote a proposal, did some sketches, and shopped it around. We got a lot of interest, and many many exciting - and yet somehow interminable - meetings with editors and publishers. Meetings that went exactly nowhere. In 1999 we put together a dummy of the book and my agent Holly McGhee took it out to even more interest. Offers were made, offers were rejected. A very large offer was made. The very large offer was quickly withdrawn when the editor in question was informed in no uncertain terms by her boss that she was not allowed to publish this book. The dummy collected dust.....   Fast forward to late fall 2010 - dummy gets dusted off, editor David Cashion at Abrams digs dummy,  inks contract, James and I furiously brainstorm, and over beers, jiu jitsu, and sessions at the local gun range, we somehow manage to write a book.

As I said, the books will be arriving on our shores April first. Godspeed, little Hong Kong container ship!