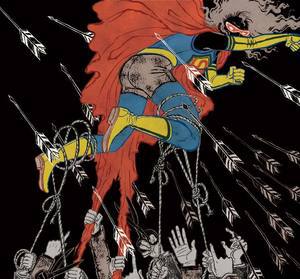 I still dream about my corporate days and wake up completely stressed, although I left there more than 10 years ago. I never leave home without a few Zantac pills in my bag just in case that ulcer I first got during my 9-9 workdays come back and haunt me. (often enough.)
When German magazine Der Spiegel called me, I couldn’t turn down the job although the deadline was extremely short. It was about an over-achieving young career woman's experience of severe nervous breakdown from work and work environment stress. Listening to AD Antje Klein explains the story with her fluent English over the phone, I felt the woman’s pain. I never got to the point of nervous breakdown, but if I stayed? If I never quit and went back to art school? I am not sure.

Other than that I felt personally attached to the story, the idea of Antje “ let’s make her into this superhero character” sounded really fun. I mean, who doesn’t like superheroes? Look at the pile of reference and inspiration books I have in my bookshelf! 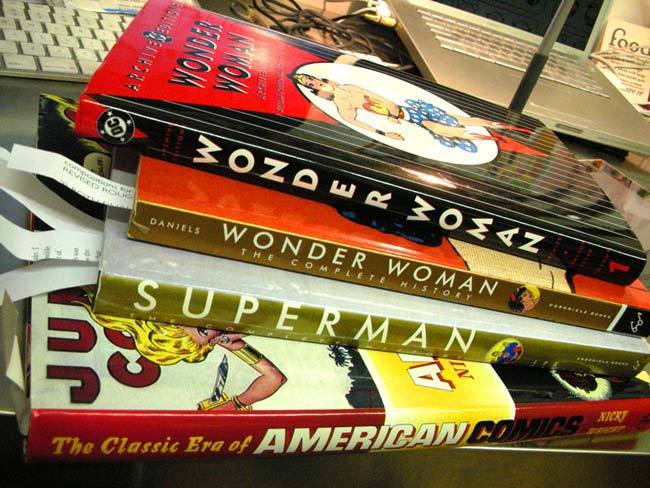 obvious reference materials. I have too many superhero books on my bookshelf... ha ha. 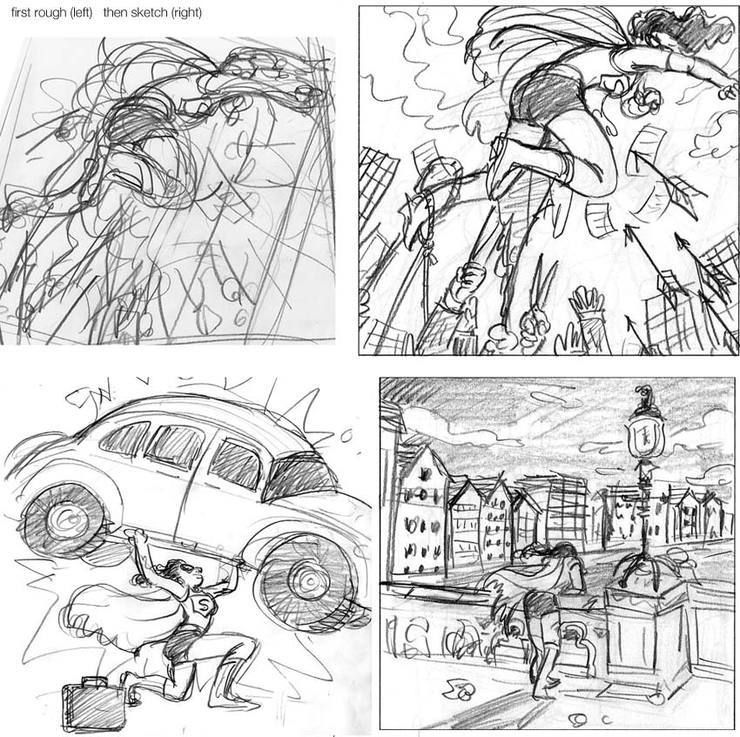 three ideas. Bottom two ended up as spot illustrations for the same story.
During coloring stage on Photoshop, I often go back and forth, trials and errors (and at the end, hopefull, always some level of success). In the middle of coloring this main illustration, something was telling me that it was not going the right direction.
Then, I had an “ah~ha!” moment when I made the drawing into negative. Dark story calls for dark color scheme like this. 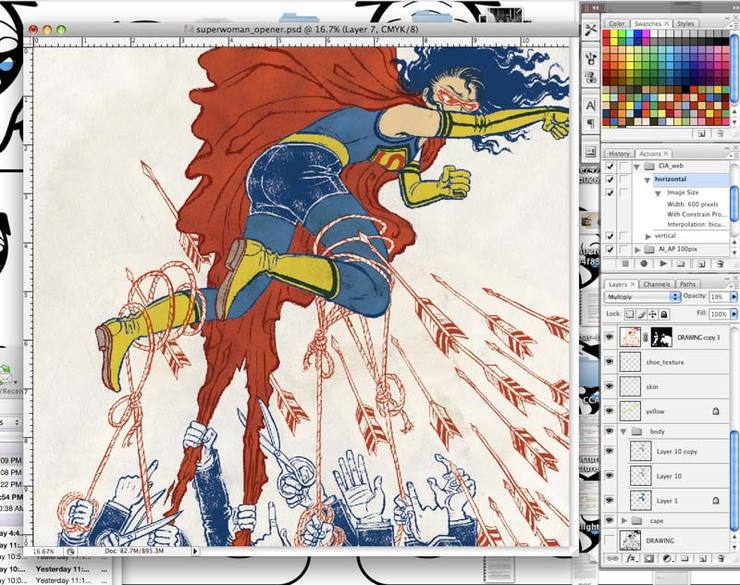 Something was telling me that the coloring was not going to the right direction.... then... aha moment follows... 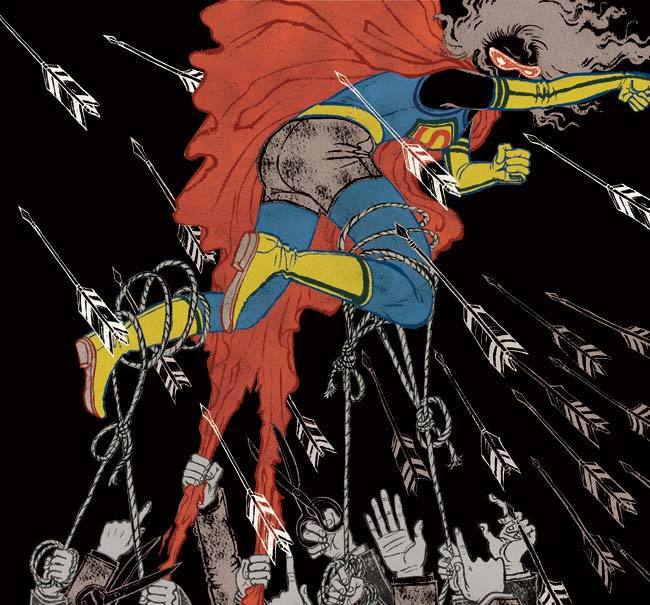 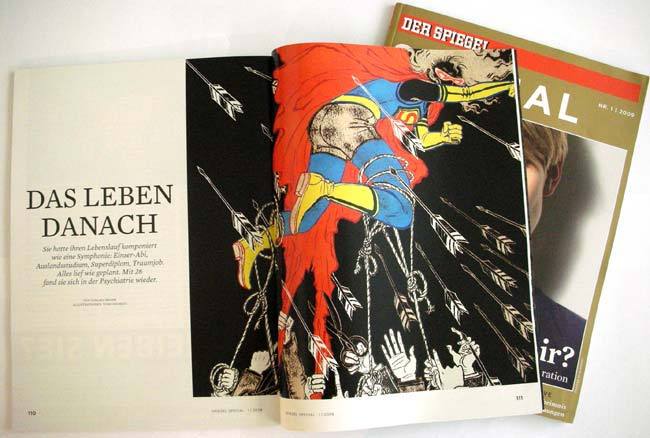 and here is the final layout. Nice and clean..
Topical: illustration process
Latest
Whether you make it or not is never about talent. message to the aspiring artists art doesn't save people's lives (but it can do other things instead) Merry Christmas, Happy Holidays. 26 illustrators for Zatoichi box set life after art school, now what? conversation on JUXTAPOZ attack of the 80 foot octopus (mural) Why I think day job is good for you. (for aspiring artists out there) location drawing (virtually) on Google Map 15 influences, that stick with you, FOREVER. free event at Apple Store NY
Topics
Topics
advice for young artists art for good cause! awards and recognitions business practice and ethics DC Comics Vertigo illustration process inspirations interviews products random thoughts shows and events sketchbook special projects teaching etc. travels
Archive
© 2022 Yuko Shimizu