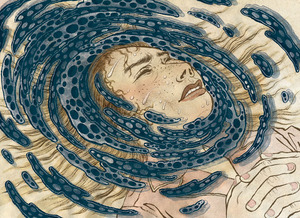 Drawing nightmares is tricky.
It is easy to draw a nightmare you had last night, but when it comes to drawing the bigger ‘idea’ of nightmares, all of a sudden, it is not that visual.
Besides, there is this iconic nightmare painting already exist by the master of the genre: Fuselli (please see below).

When Ronn Campisi, an AD who works with multiple publications around Boston area, called me for an assignment on this topic for Bostonia Magazine (alumni magazine of Boston University), it was a bit of struggle at first.
After getting rid of really cliché ideas that initially came and went in my head, I settled with two rather simple ideas of drawing the gloominess of the experience of nightmares rather than trying to illustrate too literary.  And, I tried to stay away from Fuselli imagery as much as possible.
We were pretty happy with the final result. This illustration got accepted into this year's Communicaton Arts illustration annual, which was a nice surprise at the end.  Thank you Ronn and CA! 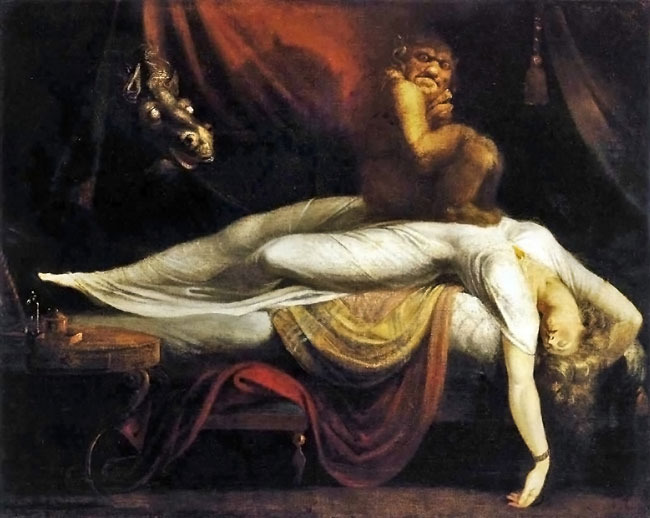 The ultimate icon of nightmare images by Fuselli 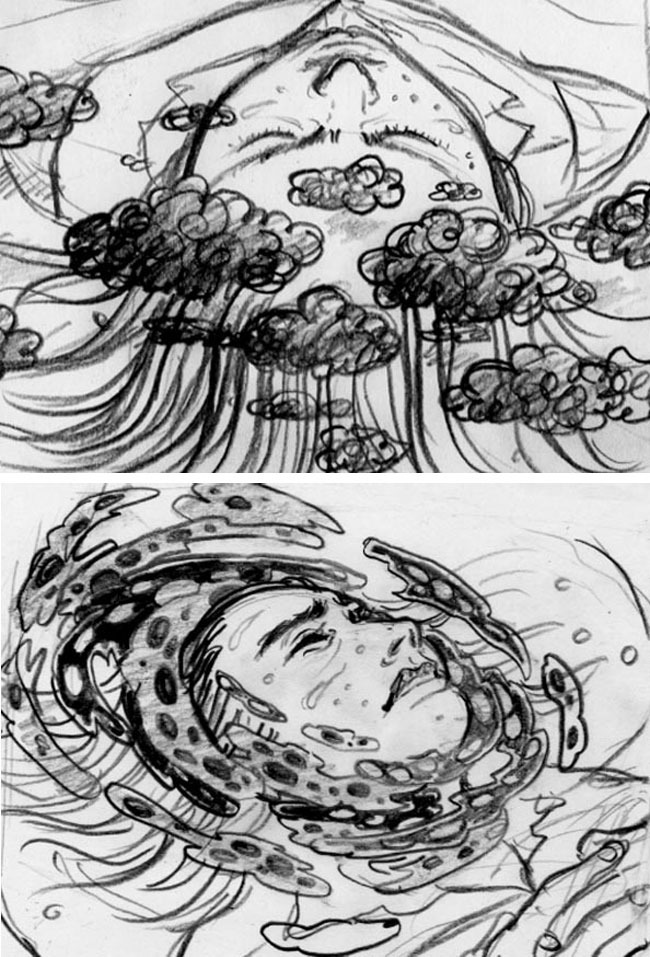 two sketches. I could have done either one of them, but the bottom one probably had a better composition. 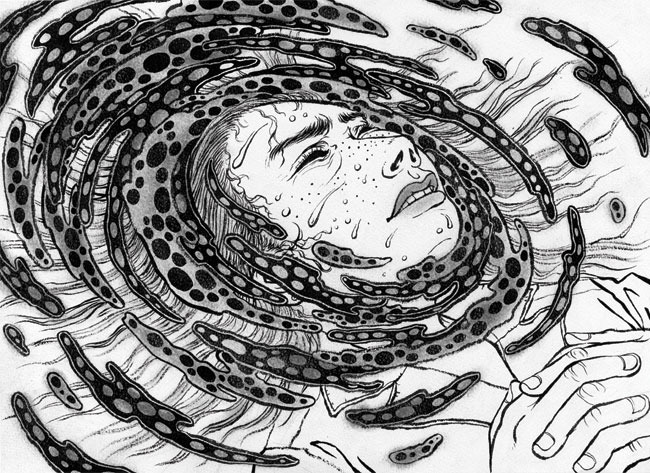 drawing as it was scanned in. Black india ink on watercolor paper. 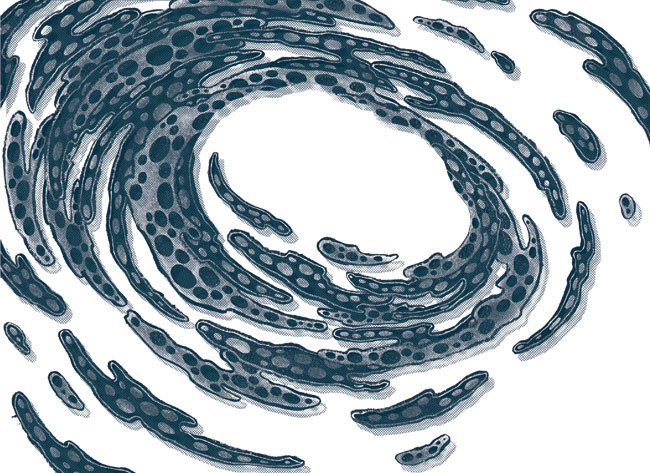 Then using Photoshop I tediously cut out the swirl part to pop it up more from the rest of the drawing. 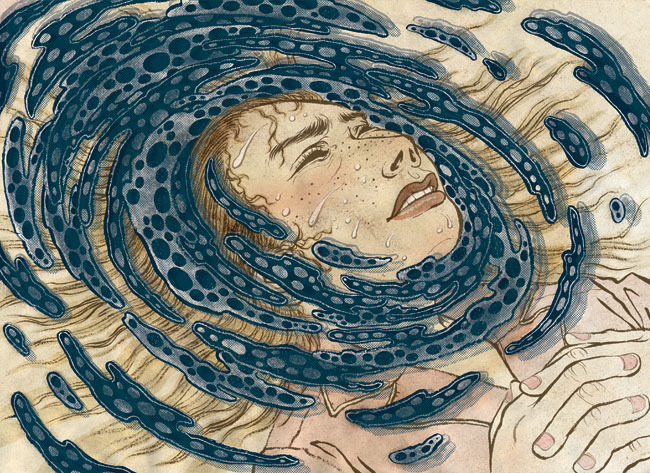 This is the final colored version. 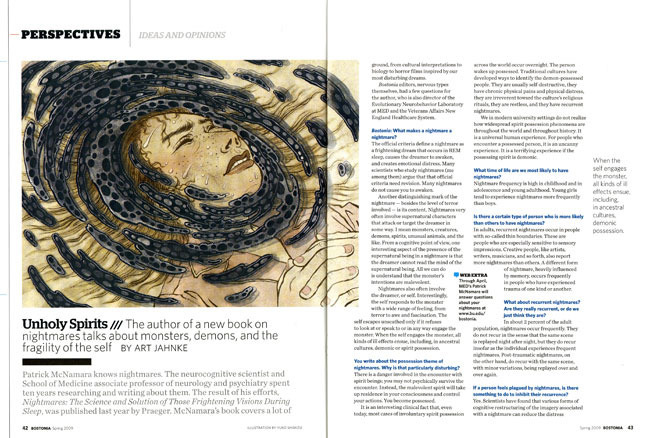 Bostonia Magazine page layout. Ronn did an amazing job, and the illustration got accepted into this year's Communication Arts illustration annual. Thank you Ronn!
Topical: illustration process  awards and recognitions
Latest
Whether you make it or not is never about talent. message to the aspiring artists art doesn't save people's lives (but it can do other things instead) Merry Christmas, Happy Holidays. 26 illustrators for Zatoichi box set life after art school, now what? conversation on JUXTAPOZ attack of the 80 foot octopus (mural) Why I think day job is good for you. (for aspiring artists out there) location drawing (virtually) on Google Map 15 influences, that stick with you, FOREVER. free event at Apple Store NY
Topics
Topics
advice for young artists art for good cause! awards and recognitions business practice and ethics DC Comics Vertigo illustration process inspirations interviews products random thoughts shows and events sketchbook special projects teaching etc. travels
Archive
© 2022 Yuko Shimizu