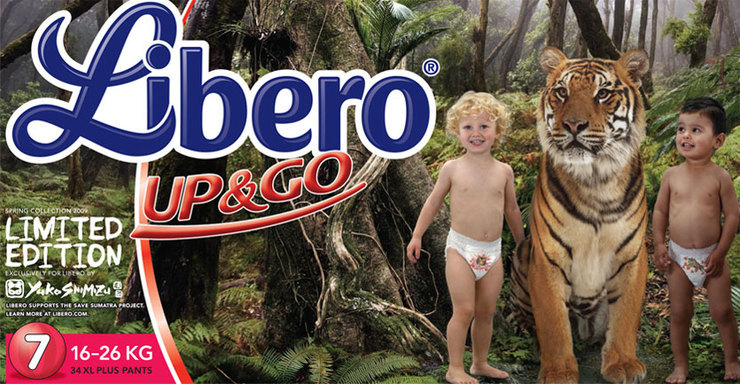 “We want you to design diapers.” When the e-mail came in, I thought it was a joke. Or, at least a mistaken identity. Apparently, the original designer of Hello Kitty has the same name, and I often get e-mails from people who get us mixed up. After writing back politely to make this clear, they wrote back immediately and said “no”. The e-mail was intended to be sent to me. This is how I ended up designing diapers which is coming out in Sweden next week from Libero, one of the biggest baby product manufacturers in Europe.
I am not a big fan for “cute and colorful things for kids” mentality. I did not grow up with lots of Sanrio characters, and children’s books I adored as a child were not what you see in bookstores now a days.
The client obviously has seen my site and know I do a lot of powerful women theme, funny sex illustrations and all the other not-so-kids-friendly stuff. 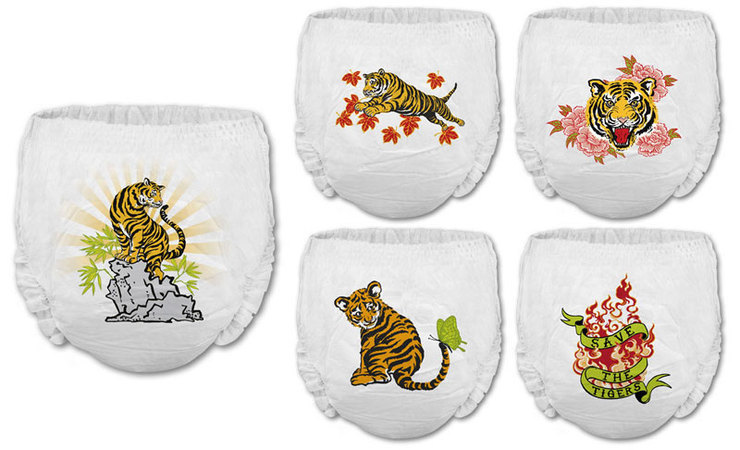 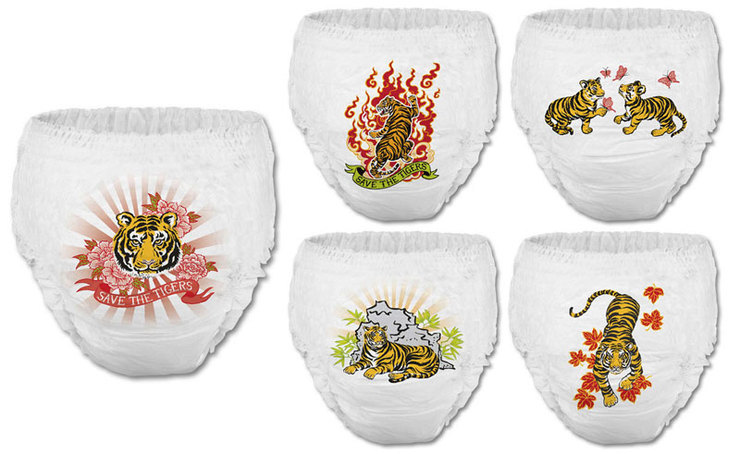 final products. There are five designs, images on both front and back of the diapers.
Libero, apparently, is known for its’ unconventional, edgy, and experimental concepts and designs. Like fashion houses, they have Spring-Summer and Fall-Winter collections where they put out limited edition products. Looking at their past designs were fun: drawing of big gold bling on the back, character designed poo and pee drawn in sweet way, things like that. OK, I can do this!
Their spring collection this year is “Save The Tigers”. Rather than having cute character of tigers, they decided to go traditional and Asian. Perfect for me.
You can see their funny commercial and other things on libero.se
Big thank you to the nicest people at ad agency Forsman & Bodenfors and filmmaker Anders Hallberg who kindly filmed “making of” video. 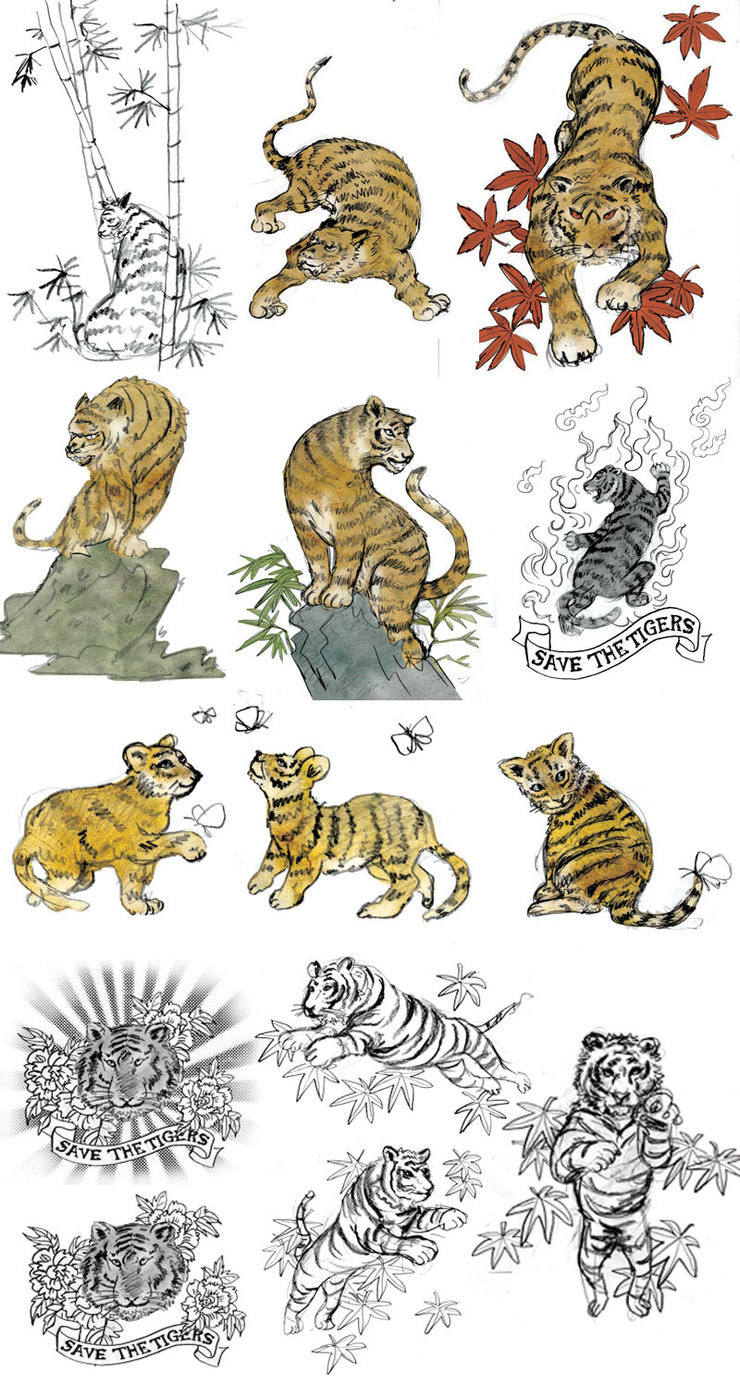 Some of the sketches. Quickly done with pencil on paper, and color was added on photoshop.

ha ha ha. These were killed versions. They are supposed to be Japanese maple leaves, and they do actually look that way, but of course, they didn't want take that risk, and I understand. I changed them to more puffy red leaves.
Topical: illustration process  products
Latest
Whether you make it or not is never about talent. message to the aspiring artists art doesn't save people's lives (but it can do other things instead) Merry Christmas, Happy Holidays. 26 illustrators for Zatoichi box set life after art school, now what? conversation on JUXTAPOZ attack of the 80 foot octopus (mural) Why I think day job is good for you. (for aspiring artists out there) location drawing (virtually) on Google Map 15 influences, that stick with you, FOREVER. free event at Apple Store NY
Topics
Topics
advice for young artists art for good cause! awards and recognitions business practice and ethics DC Comics Vertigo illustration process inspirations interviews products random thoughts shows and events sketchbook special projects teaching etc. travels
Archive
© 2022 Yuko Shimizu