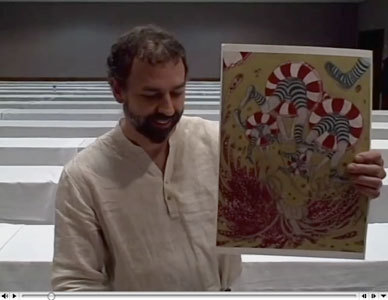 Donato Giancola announcing the award. You can watch the video on Spectrum site.
I just found out I have received a silver medal from SPECTRUM 16. Yes, that SPECTRUM, where sci-fi and fantasy artists are awarded.  Yeah! Is it for real????????
When you see my work, you probably don’t think about this genre, I know. But, I have to comfess, I was a huge sci-fi fantasy geek in middle school drooling over Frazetta, Boris and Jeffrey Jones, reading Moorcock and C.L. Moore.  This is something I wish I can go back in time and tell the 14 year old me! Thank you thank you thank you judges. 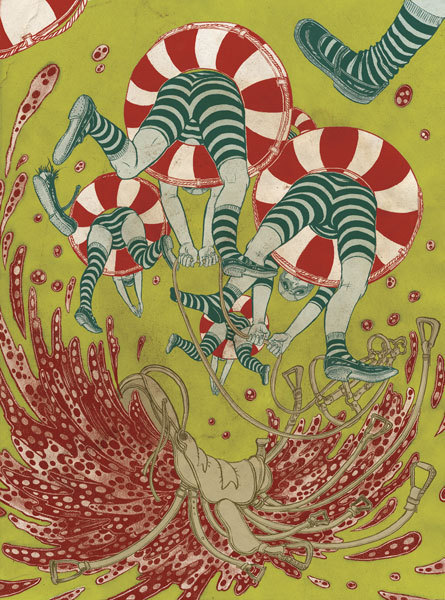 This job was done about a year ago for Microsoft’s website UltimatePC (site is now gone). Microsoft hired multiple artists; photographers, illustrators and animators to create work using PC (instead of MAC which we are more used to) to promote the high graphic performance of PC. 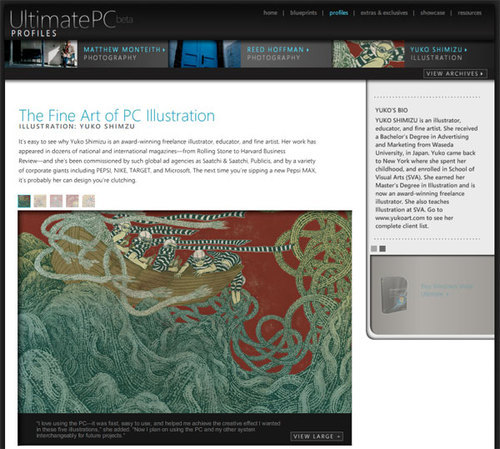 This is the site UltimatePC which unfortunately not around anymore. This site had some fun works by Photographers and animators as well. 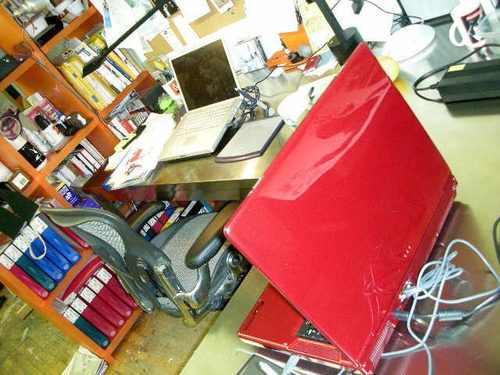 This is Falcon! Red and shiny! And I became bilingual at shortcut keys, which I am really proud.
I was given the top of the line machine Falcon custom colored to my taste (red of course) with all the software pre-installed.  Their request was to create a series of five images or more. I asked them what they were looking for. They said “your personal work”. They didn’t even bother to look at my sketches. Well, I sent some to them anyway, and all they said was “they look great”.
Under current economic crisis, this sounds unreal, like a voice from heaven. Yes, I did it myself, but it still doesn’t sound real to me. Probably one of the best jobs I have ever given.  I guess, we do our best work when we are trusted and given total freedom.

These are the sketches I sent to my client. Now I look at them, one of them I didn't even create at the end, and the award winning piece doesn't even have sketches... 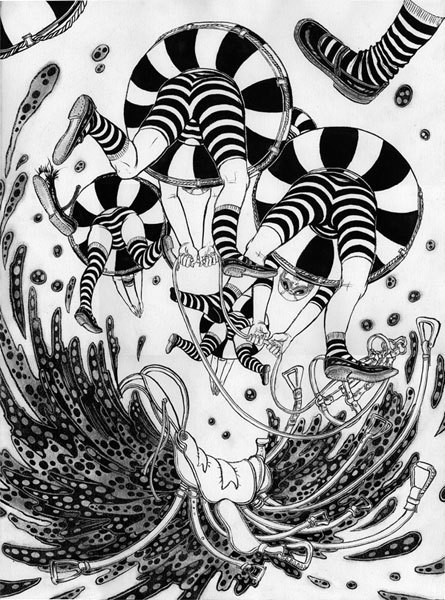 this is the drawing before I colored it. Matt Rota helped me a lot with this process. He colored the base for the finished images as I was still working on other images. 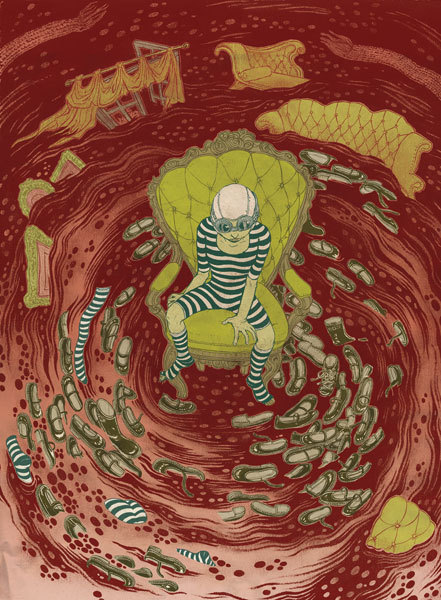 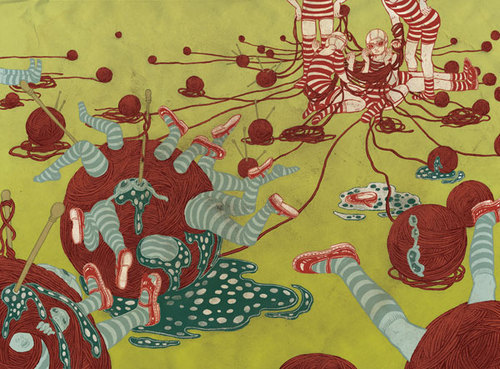 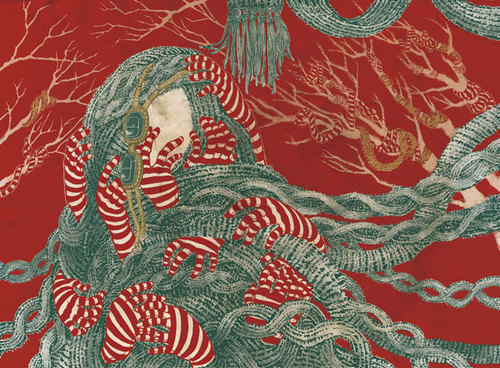 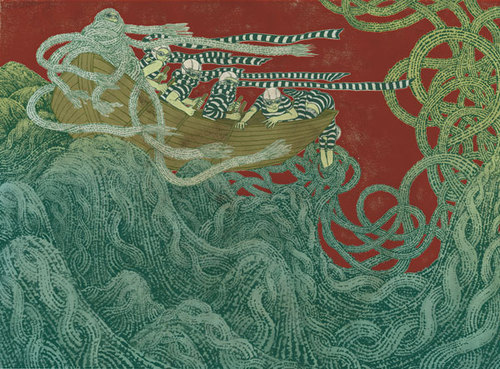 These are other images in this series.
Thank you Microsoft for this awesome project, Pamela Esposito for getting me this gig, Matt Rota for helping me with complicated coloring process.
Topical: illustration process  awards and recognitions
Latest
Whether you make it or not is never about talent. message to the aspiring artists art doesn't save people's lives (but it can do other things instead) Merry Christmas, Happy Holidays. 26 illustrators for Zatoichi box set life after art school, now what? conversation on JUXTAPOZ attack of the 80 foot octopus (mural) Why I think day job is good for you. (for aspiring artists out there) location drawing (virtually) on Google Map 15 influences, that stick with you, FOREVER. free event at Apple Store NY
Topics
Topics
advice for young artists art for good cause! awards and recognitions business practice and ethics DC Comics Vertigo illustration process inspirations interviews products random thoughts shows and events sketchbook special projects teaching etc. travels
Archive
© 2022 Yuko Shimizu