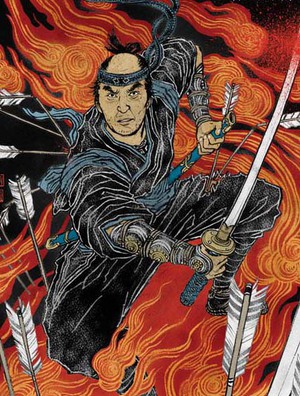 Japanese people take "new year" very seriously and are superstitious about "first" anything to predict how well the year is going to be. For example, "first dream of the year" is believed to be the best if you have dreamt of 1)Mt. Fuji 2)hawk 3)egg plant. Why egg plant? Not sure. But I am not making these up!

In this long, cold and snowy winter in New York, my work day started on January 3, Monday. Sunny. My first job of the year was to walk down to Magnolia Pictures office near my studio for the screening of an epic 2 hour + long new samurai film 13 Assassins directed by Takashi Miike, who is very popular with his horror films such as "Ichi The Killer" and "Audition". The project wa to create a poster. Now, if this 'first job of the year' would predict my 2011, then I have to say I had an amazing start of a year.

On and off for about two month, I worked with Matt Cowal, VP Marketing/Publicity of Magnolia Pictures. I have to say I had such a fun time working on this.
The main actor of the film is Koji Yakusho, who played Miyamoto Musashi in a popular Japanese TV series in the 80s, which I was obsessed as a kid. And I get to draw him! Now, this didn't happen even  in my "first dream". My dear friend and illustrator/calligrapher Ai Tatebayashi contributed beautiful lettering for the poster design.

Find more about 13 Assassins and watch the trailer here. 13 Assassins will be released in the theaters next Friday, April 29th.

first set of sketches. They were little bit too 'art house film' approach, which would have worked if the audience was Japanese. We decided to go a bit more 'samurai action film' approach. 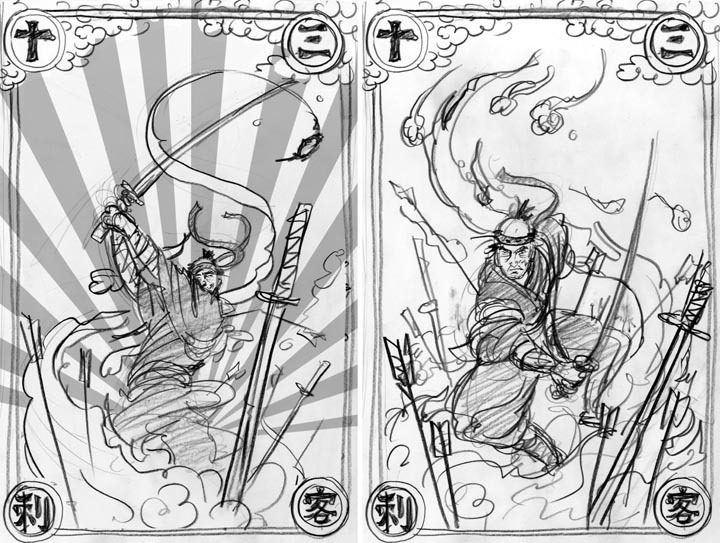 The second rounds. Sort of Tadanori Yokoo take on the samurai action approach. We decided to go with the right. 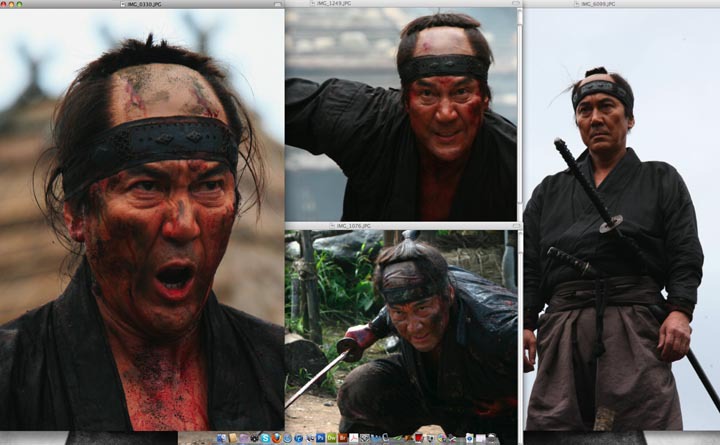 Although Koji Yakusho's face may not be as recognizable here in the States compared to Japan, likeness is important. I got tons of great photo references from the clients. I usually open them up on my large monitor as I draw. 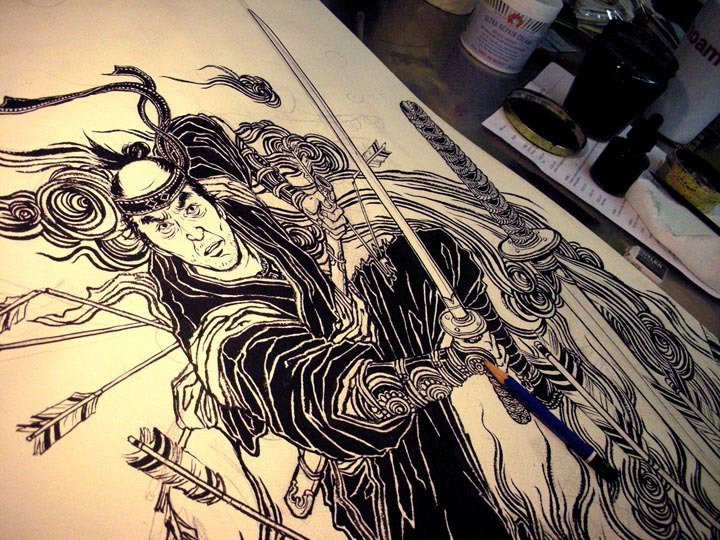 Drawing in progress. paper size is about 22" x 30". Ink on watercolor paper. 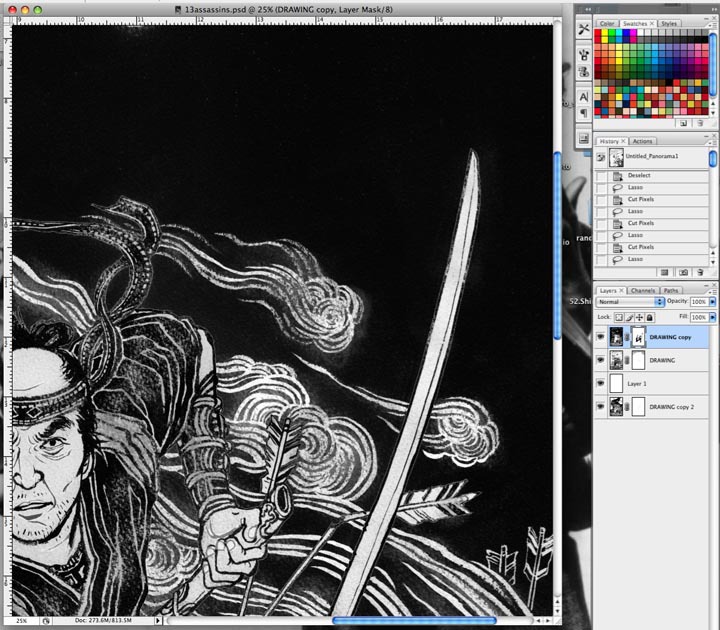 then move to coloring on Photoshop. Although colors are relatively limited and simple, it took days and days of separating and adjusting the details and colors. File size can get quite big for poster jobs... I need to buy a new MacBook Pro soon... 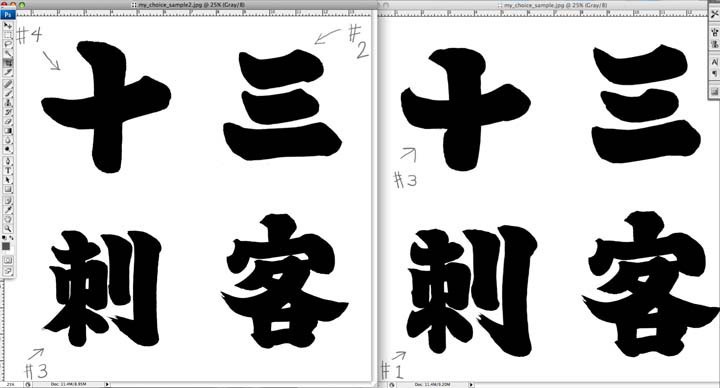 Yes I could have done lettering myself, but I also believe in the power of pros. I asked my friend and illustrator/calligrapher Ai Tatebayashi to create those four letters for me. We discussed carefully, the direction of the lettering style, thickness of the lines, etc. She did the perfect job!! 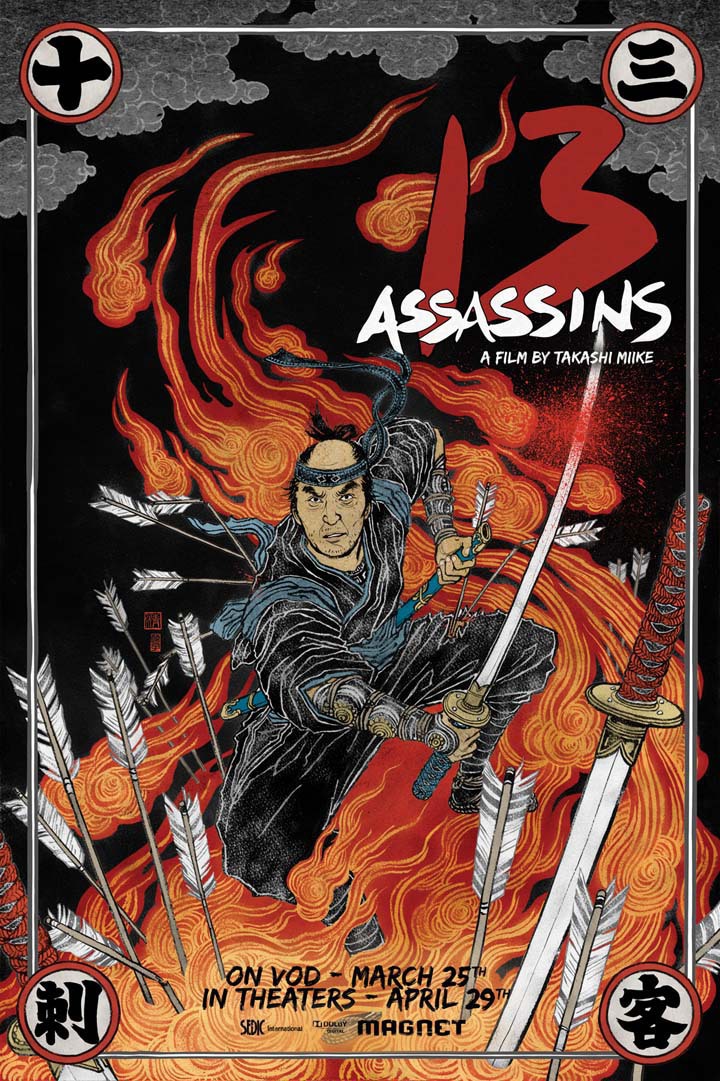 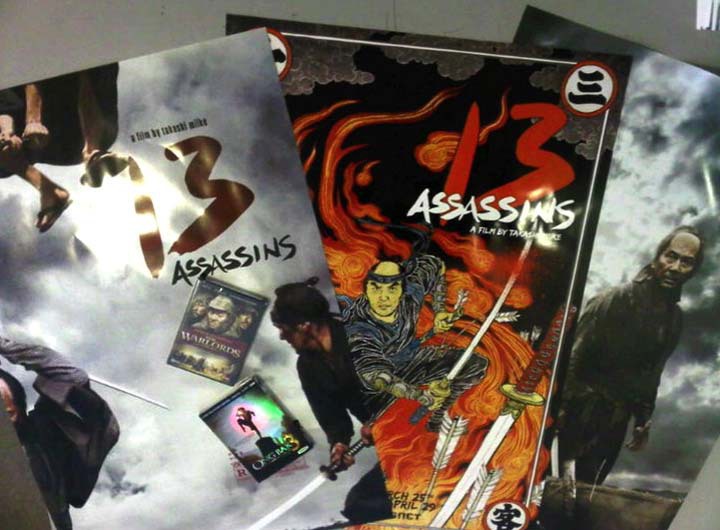 There are three posters for the film. Hope I get to see mine somewhere... if you do, please take photos for me!
Before we go, let's talk about things that gets me in the 'mood': i.e. Reference materials.
There were of course, a lot more things I had looked at, of course,  but these three are staples when I work on samurai theme. From  left, Heroes & Ghosts Japanese Prints by Kuniyoshi. I initially bought this book for my first job for Rolling Stone Magazine years ago, and have been heavily referencing since.  Center is a book of art by Kawanabe Gyosai. On the right is relatively contemporary Miyata Masayuki's papercut illustrations that accompanied Eight Dogs' Tale by writer Yamada Futaro, which was initially published on Asahi Newspaper in early 80s.
Miyata Masayuki is not well known outside of Japan, but he was a genius. I wanted to share some of the pages from this book. 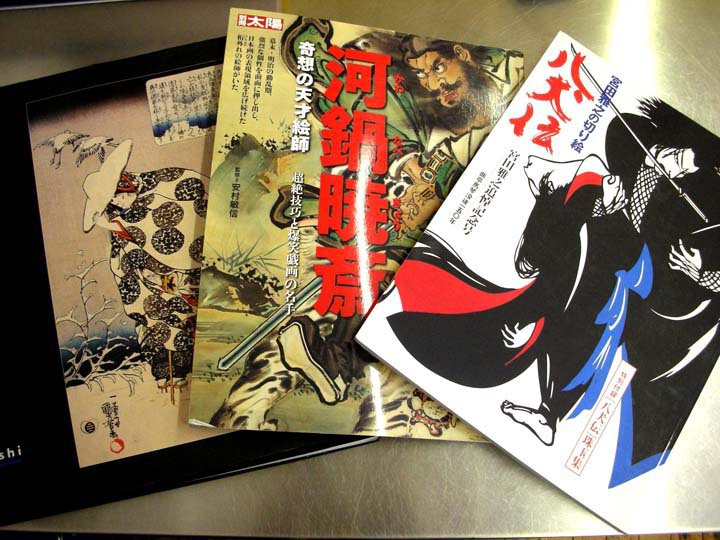 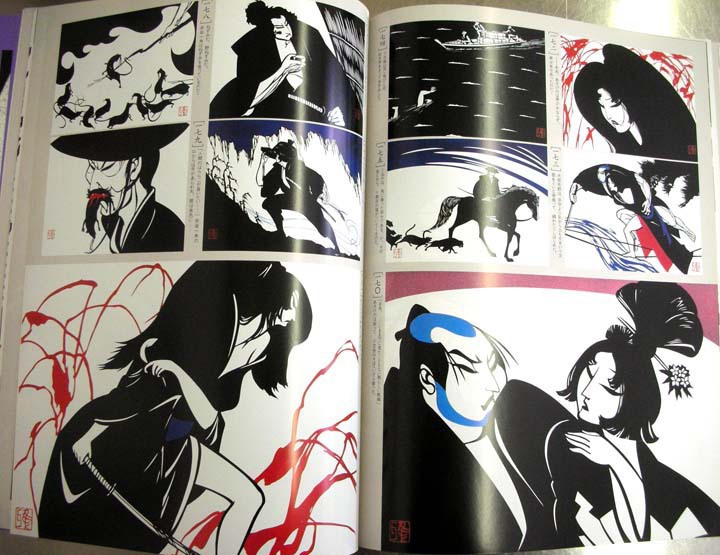 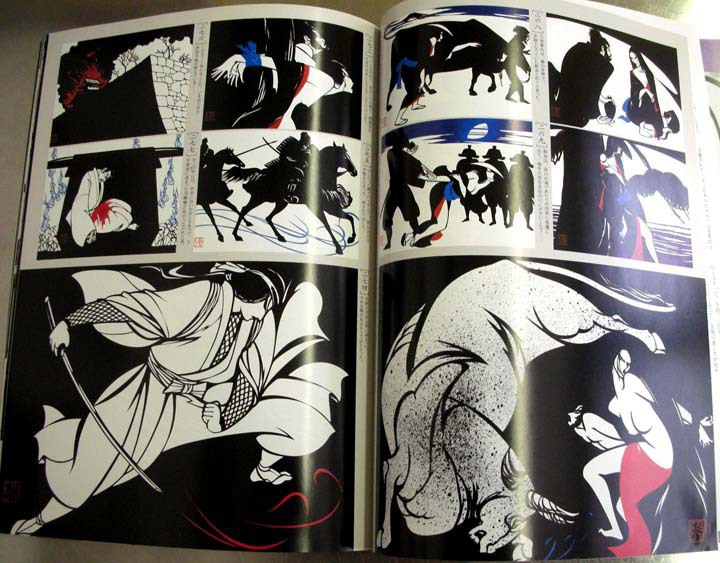 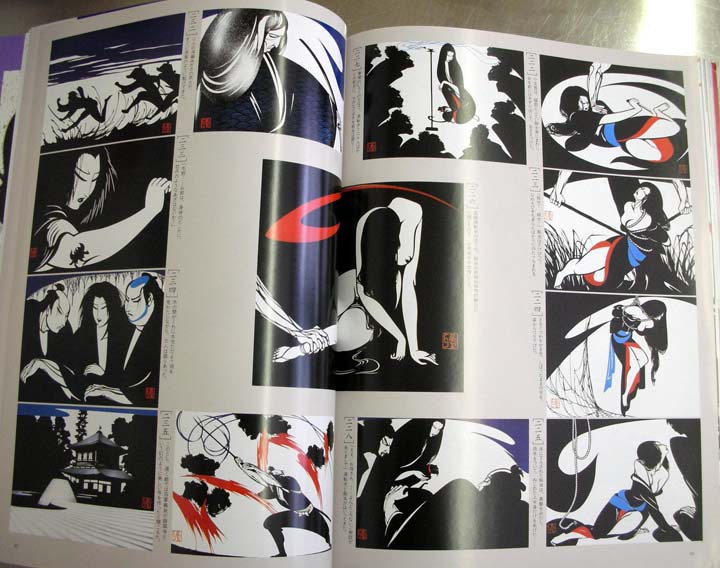 Topical: illustration process  special projects
Latest
Whether you make it or not is never about talent. message to the aspiring artists art doesn't save people's lives (but it can do other things instead) Merry Christmas, Happy Holidays. 26 illustrators for Zatoichi box set life after art school, now what? conversation on JUXTAPOZ attack of the 80 foot octopus (mural) Why I think day job is good for you. (for aspiring artists out there) location drawing (virtually) on Google Map 15 influences, that stick with you, FOREVER. free event at Apple Store NY
Topics
Topics
advice for young artists art for good cause! awards and recognitions business practice and ethics DC Comics Vertigo illustration process inspirations interviews products random thoughts shows and events sketchbook special projects teaching etc. travels
Archive
© 2022 Yuko Shimizu