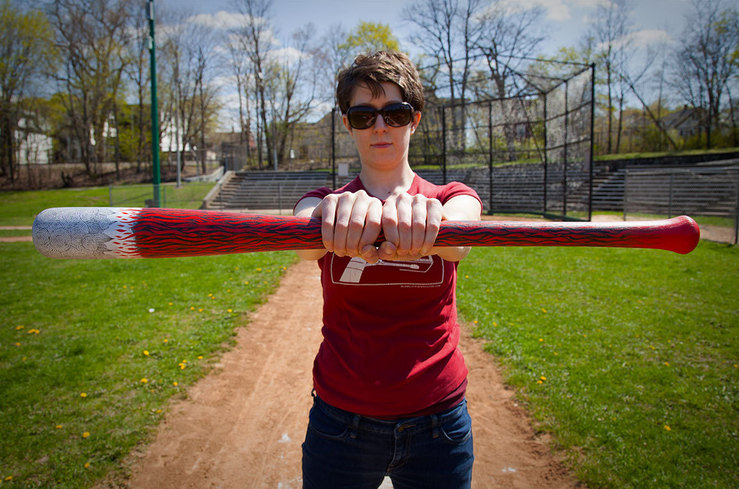 I was invited by Dave Murray, illustrator and owner of the Garrison Creek Bat Company to create a custom bat for an upcoming celebrity charity event for the Toronto Blue Jays. Each bat is custom made by being turned on a 50 year old Rockwell lathe before being hand finished.

The auction happens at "The Curve Ball", which is the charity gala happening May 13th on the Rogers Centre field. It's a huge event with tickets running at $600.00 a piece with many of the baseball players themselves attending the event. Unfortunately, I have prior commitments and cannot be there in May but I am trying to set something up for July for a visit - check out a game and hang with my iller friends up in Canada.

The charity is the Jays Care Foundation, which is the charitable arm of the Toronto Blue Jays. From their website: "Since 1992, Jays Care Foundation has created opportunities for children and youth in need by providing access to programs that promote regular physical activity, encourage the pursuit of higher education and impart fundamental life skills. The Foundation has made possible the building of dedicated, accessible, safe youth spaces for recreational programming, inspiring engagement through the sport of baseball. As the charitable arm of Canada's only Major League Baseball team, Jays Care is making a Major League effort to invest in Canadian children and communities from coast to coast."

There are 15 artists who created bats and I hope they all sell at the auction to help raise money for this amazing foundation.
My bat is called ‘Propulsion’ – named for that power one wants when they are up for bat - also connected to the concept of the foundation; having the power and help to succeed and thrive. As a teacher and long time advocate for student scholarships, I think programs and foundations such as this are immensly important to the future of so many young kids and I am honored to be part of this project.

Thank you Dave for the invitation and a special thanks to Kristina for being a sport and modeling for me. 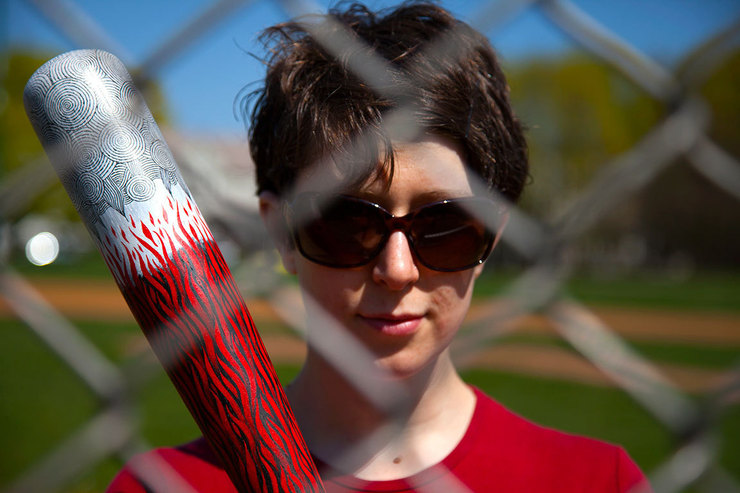