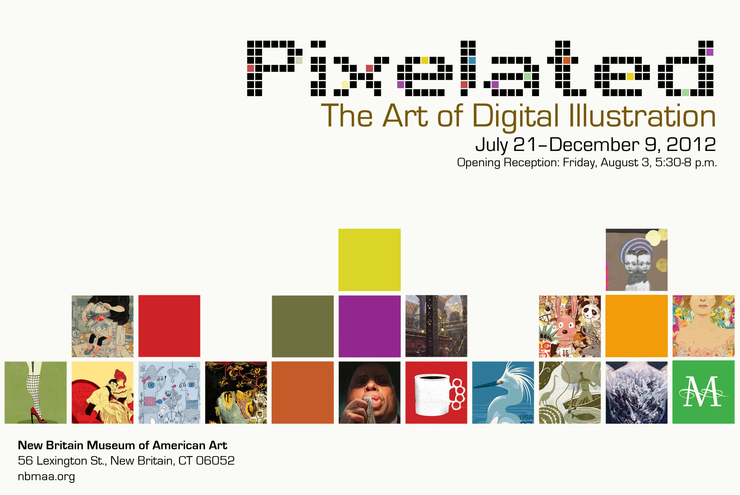 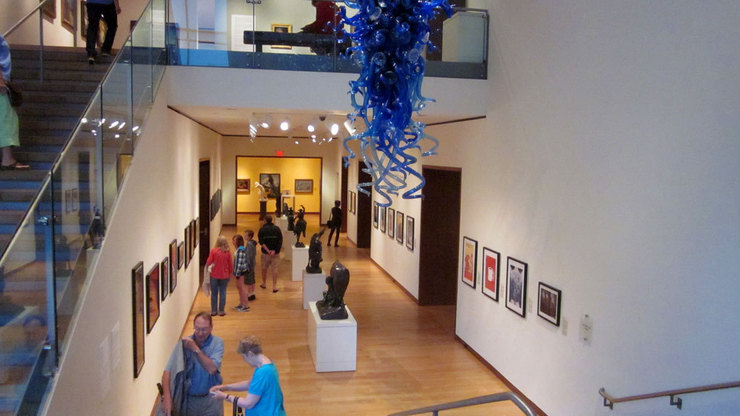 In between the Andrew Wyeth and the Dale Chihuli chandelier, I am proud and honored to announce that a wonderful exhibition opens this month at the New Britain Museum of American Art in Connecticut. Pixelated: The Art of Digital Illustration.

I was asked two years ago to curate a show by the Low Illustration Committee at the museum that had a focus on artists that used digital means in part or wholly to help create their work. I've been busy and kept putting it off, putting it off, putting it off. I finally started getting some breathing room here and decided to go full-boar on this earlier this year and get this project moving.

To create a show like Pixelated for this museum and its visitors is quite a break-through for this museum. The Director, committee and staff were thrilled about our initial conversations. I spoke with them about a few of the artists who had already accepted invitations to exhibit and they thought that having the exhibition run for six months would be appropriate. I was shocked that they would put that much stock in this show but they felt it was going to be a hit.

I wanted to touch upon many different facets of digital use in this exhibition. Selecting artists who are documented as the earliest pioneers of using digital in illustration, to artists who've used traditional methods for over 30 years only recently switching to digital to very young artists born in the age of digital art making. Varied styles, part digital/part traditional techniques and software use also played a role in selection to try to create a full, informative and robust exhibition.

I wanted to bring this show to the next level by adding a digital kiosk. It's one thing to look at a single image on the wall but if I wanted to have a show that part of its focus was around digital use and knowing that many of the artists here have made animations and films, there needed to be an outlet so visitors can see artists work in other contexts. So there is a kiosk where visitors can find their favorite artists in the exhibit and view an extended portfolio and, where available, see animations, videos and films including step-by-step processes of some of the artists creating their work. This will cater to everyone from the student visitor to the 'civilian' museum goer that maybe doesn't fully understand what an illustrator does or how they use technology to make the work they see around them everyday.

When the ideas started coming together, the work from the artists poured in and the enthusiasm of the museum about all the different stages of this project, I was elated that this show was actually going to happen. Regardless of how the work was made, the work stands on its own. It really is an amazing collection.

One detail in particular that stands out as a wonderful and classy thing during this process: the museum decided that to help make this project happen efficiently, they would collect all the digital files from the artists and print and frame all the work on the artists behalf. I made a couple of trips down to the museum to make sure that the quality of the prints were where I expected them to be and they are just phenominal.

I recently went down to the museum again to do some final nitpicking of lighting, labels, kiosk and other details and I am extremely pleased and proud of this show. The museum is thrilled and while eves-dropping on some of the visitors while I was there, I heard some great comments about how thought-proking, unique and wonderful the art is.

It's been an amazing time working with the museum staff on this project and of course, the show wouldn't happen and be the quality and level it is without this list of phenomenal artists:

My only regret and apologies to others and my friends is that I couldn't bring in more artists that would fit in wonderfully for the show. Unfortunately, space was limited. It gnawed at me the entire time I was working on this that I could have easily tripled the size of the show. If my next exhibition idea flies in the next couple of years, I may be able to get my wish.

Finally, a super huge thank you to the artists paticipating, Murray Tinkelman and Low Illustration Committee at the museum for putting their faith into me - but also - I MUST thank Anna Rogulina, Assitant to the Director for being wonderful and keeping things together. She has done an beautiful job and I cannot thank her enough for all the work she put into the show and helping me get it all together. A huge thanks also goes to John Urgo for framing and hanging the show, Melissa Nardiello for working on the press releases, marketing and working with Long Lin on the kiosk part of the show and everyone else on staff that had a hand in making this happen. This show wouldn’t come together if it were not for all of them and working as a well oiled team.

The Opening Reception is Friday, August 3rd 5:30-8pm. It will be wonderful to see you there. 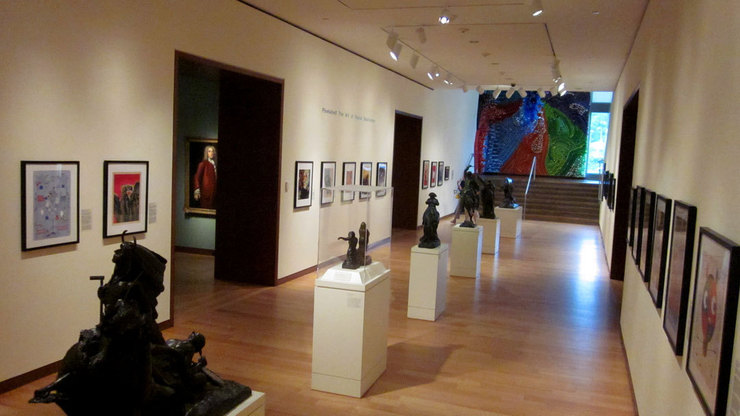 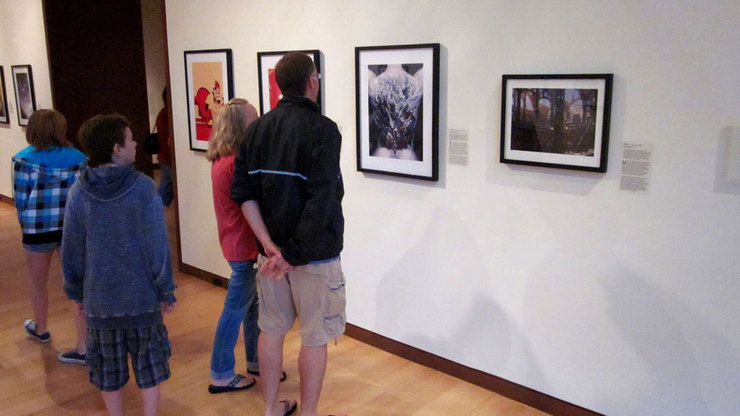 Tomer Hanuka, Heads of State (blocked), Todd Lockwood, William Low
Here are some shots from the exhibit. Apologies to Jack Tom and Richard Borge. Some of my point-and-shoot photos were too blurry to post - will update soon. :o) 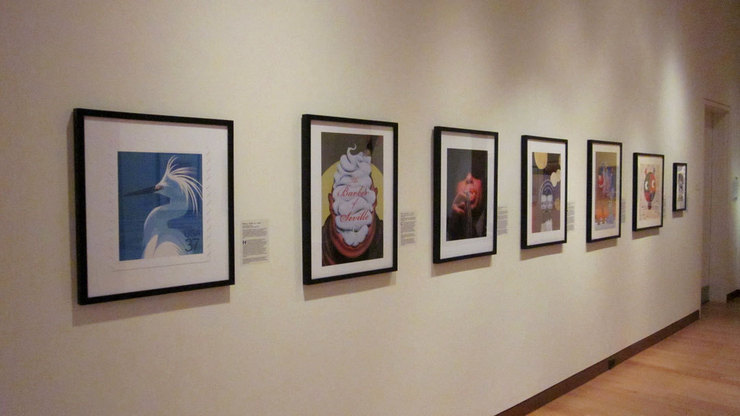 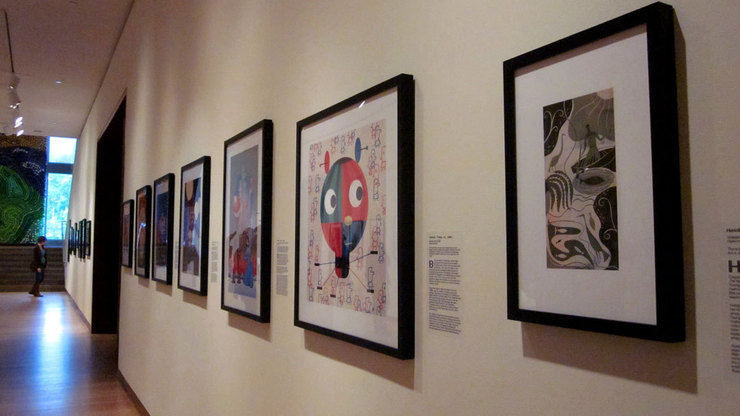 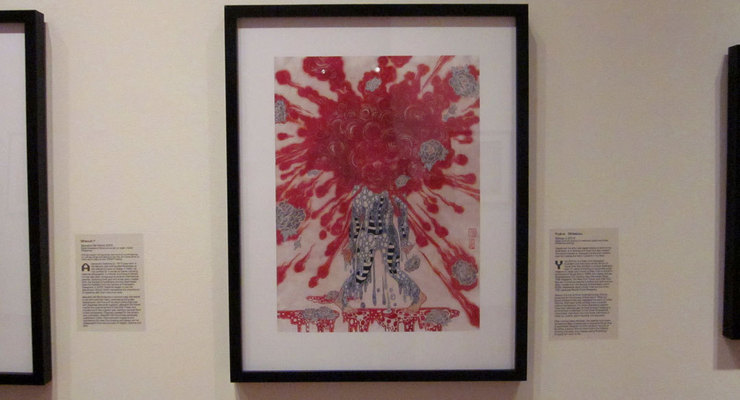 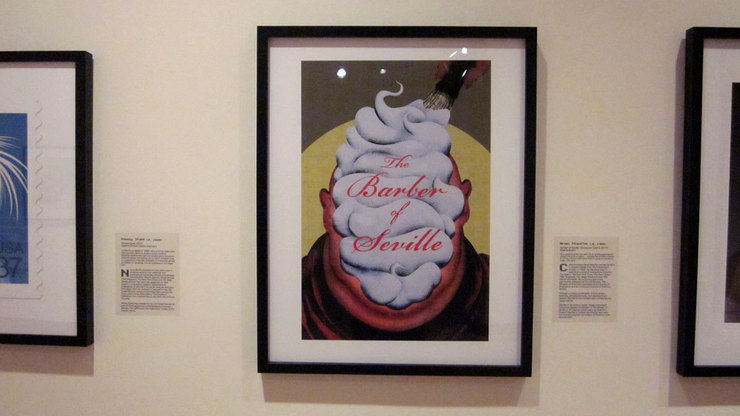 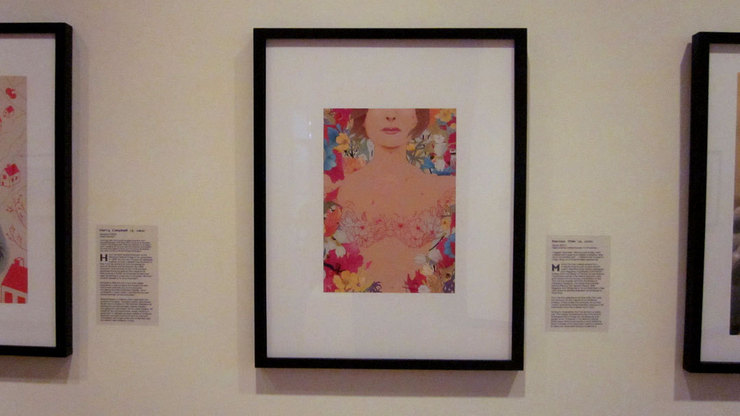 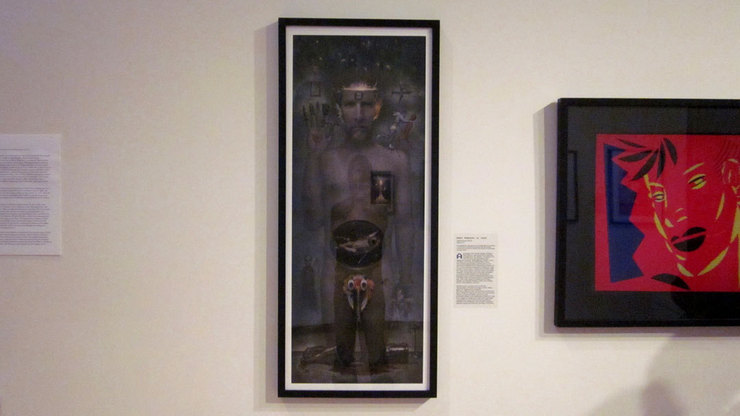 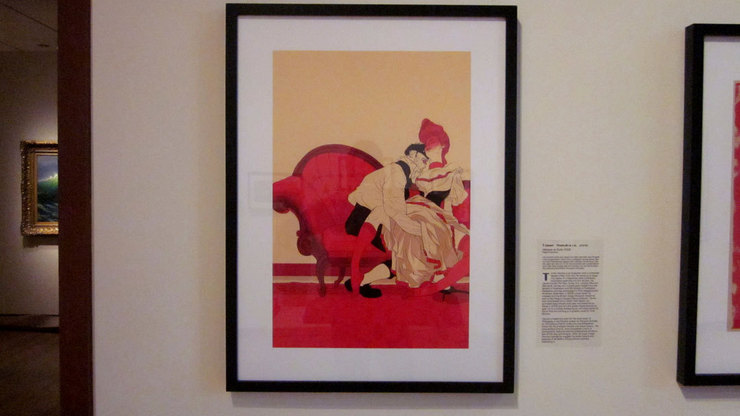 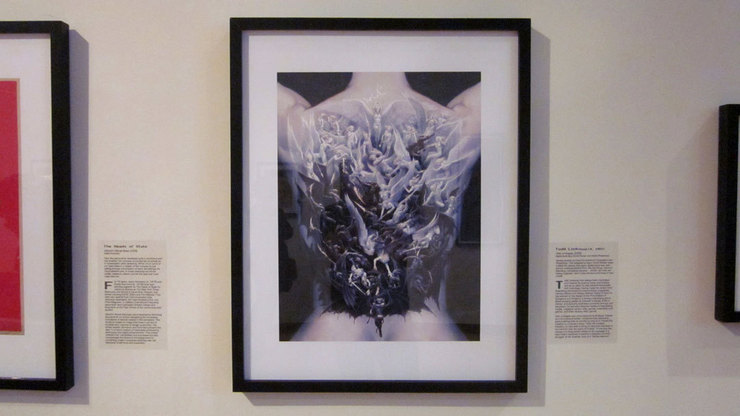 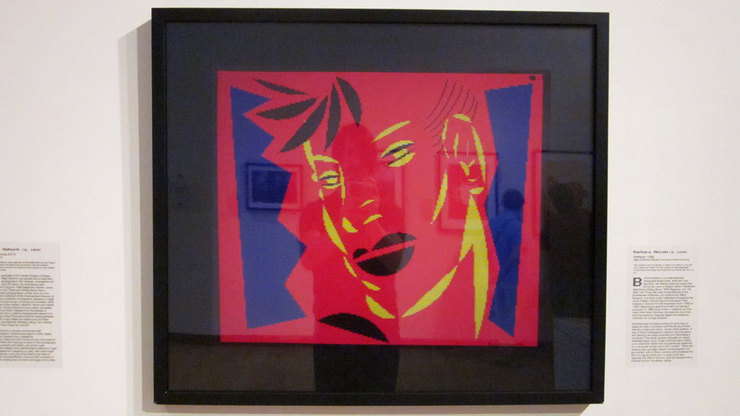 Barbara Nessim - I am particularly thrilled that Barbara brought in this piece. This is a one-of-a-kind ilfachrome from 1982. No digital file exists for this anymore because the technology has long since vanished - it was made on a Norpak II computer. 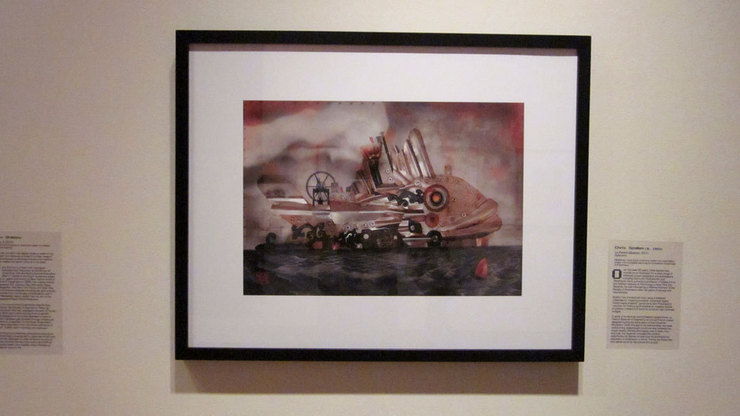 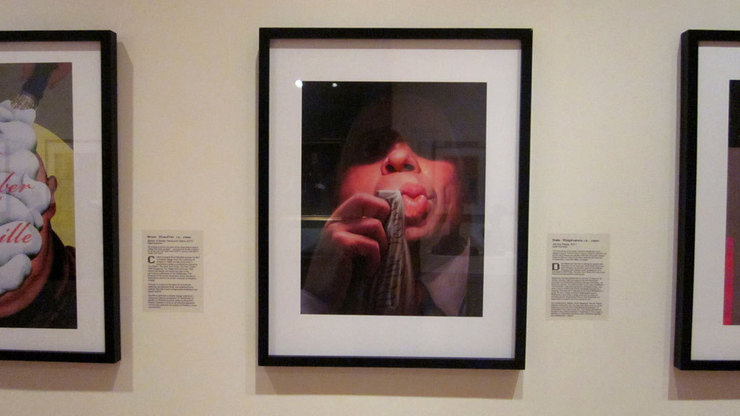 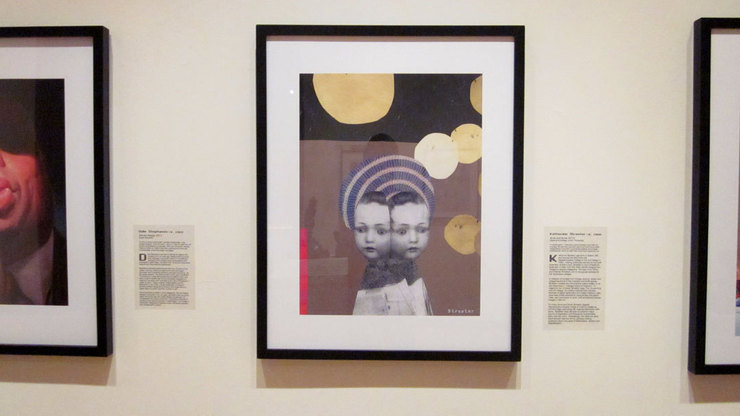 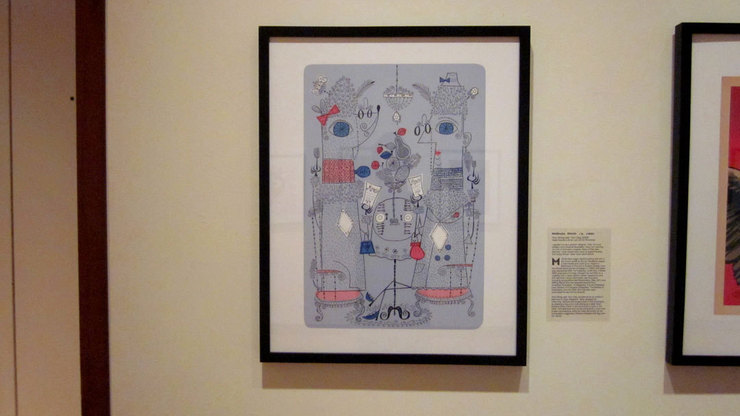 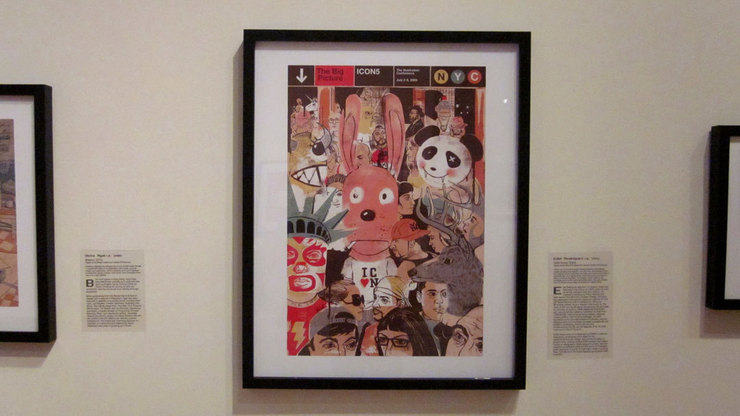 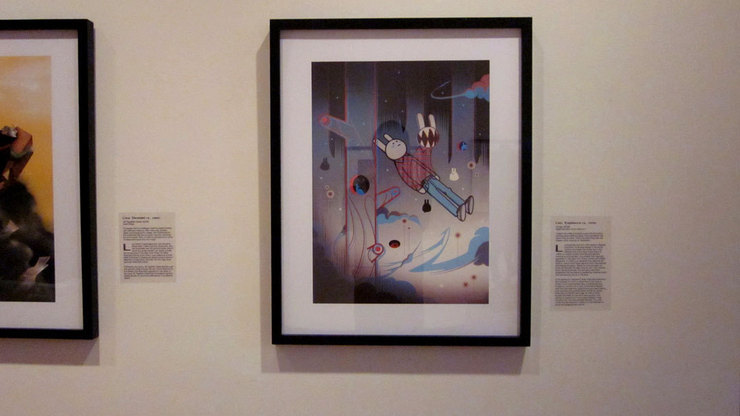 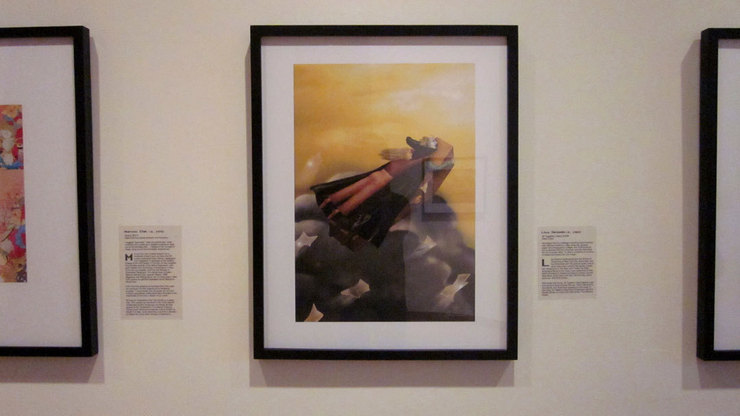 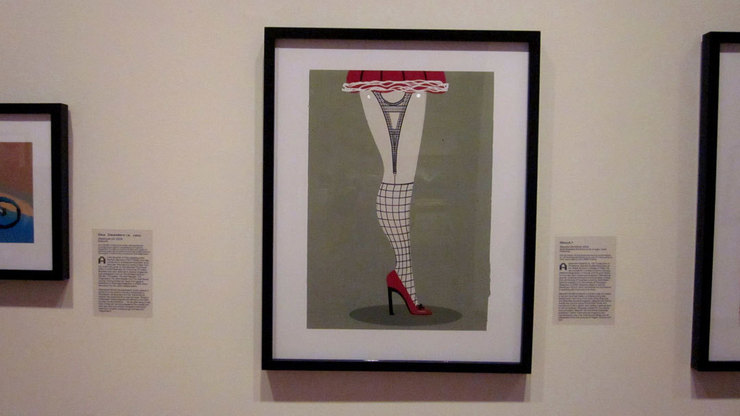 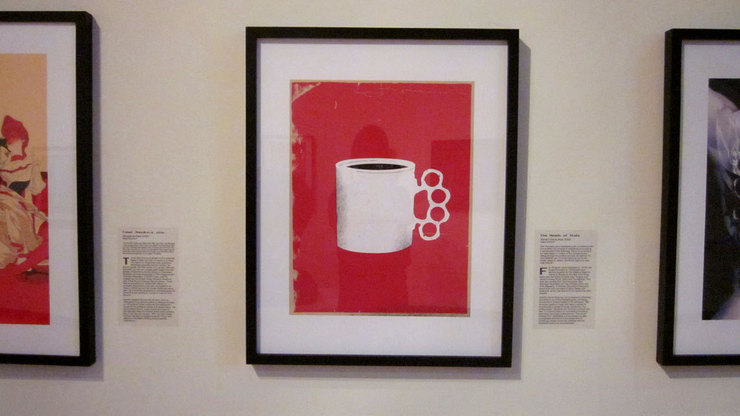 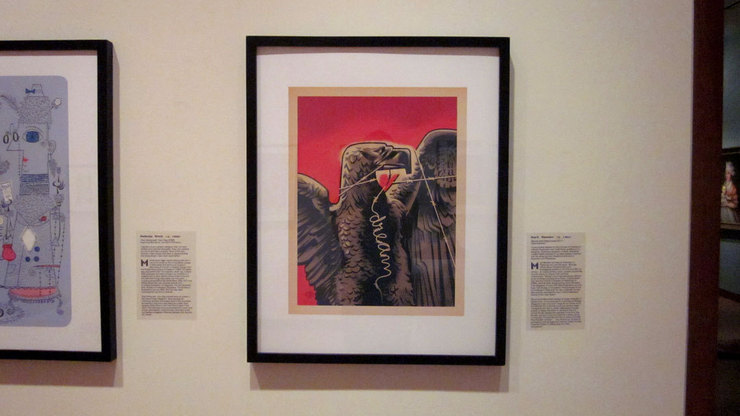 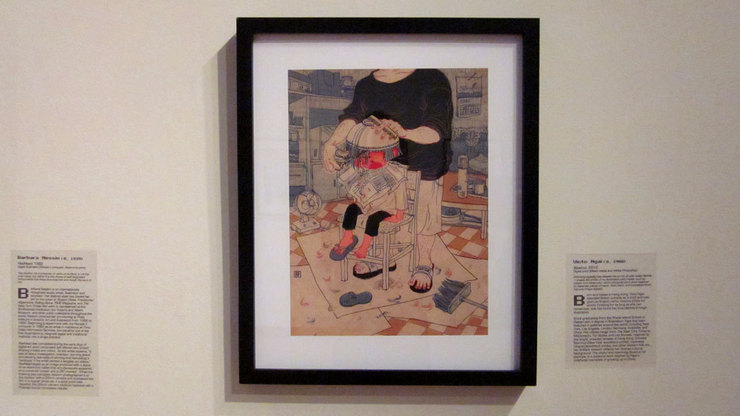 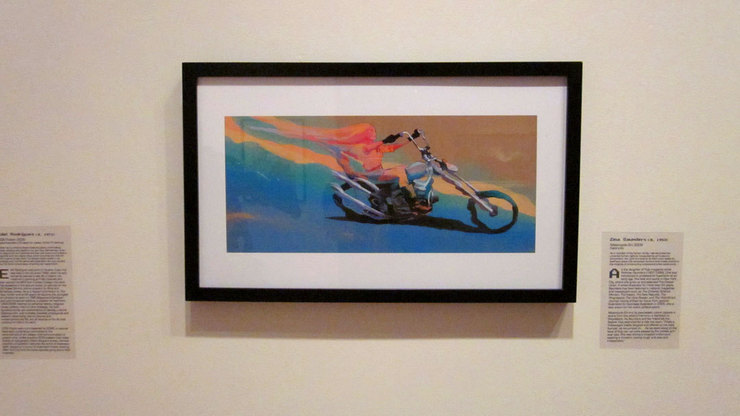 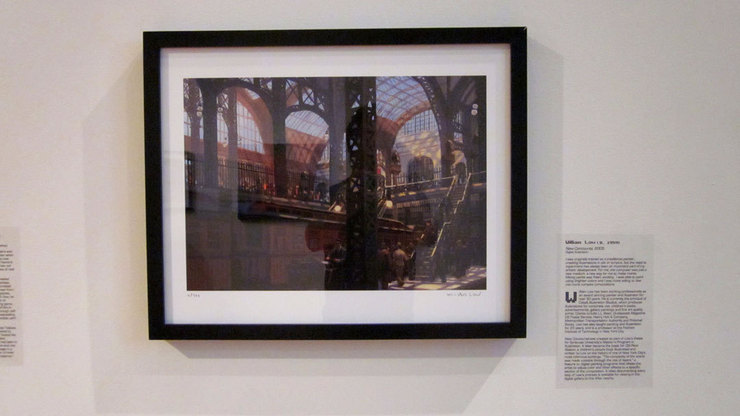 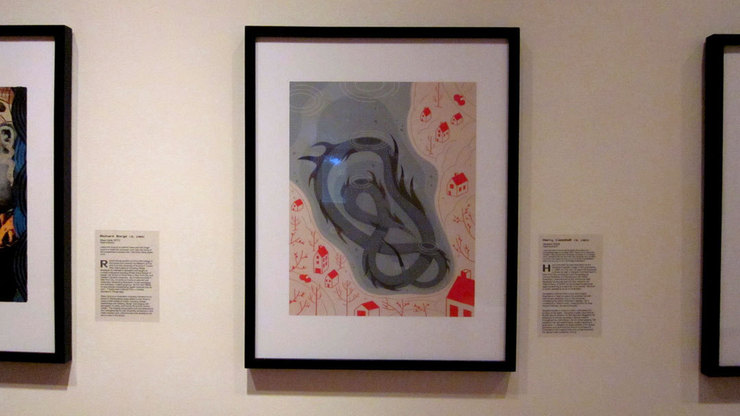 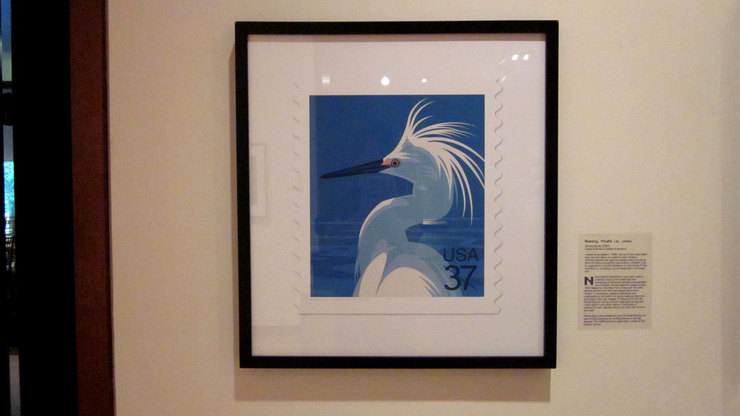 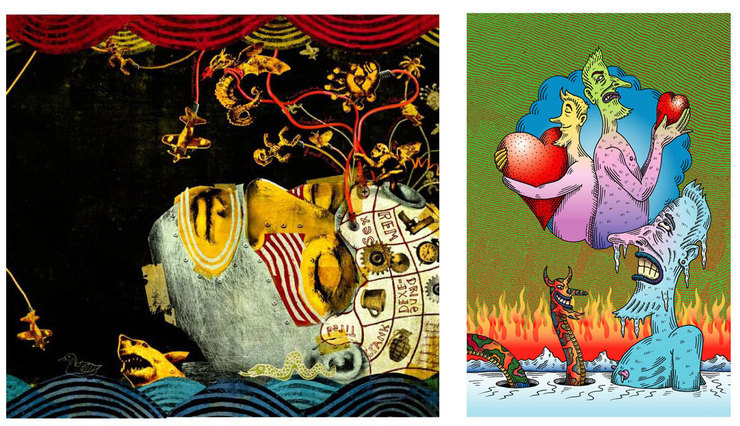