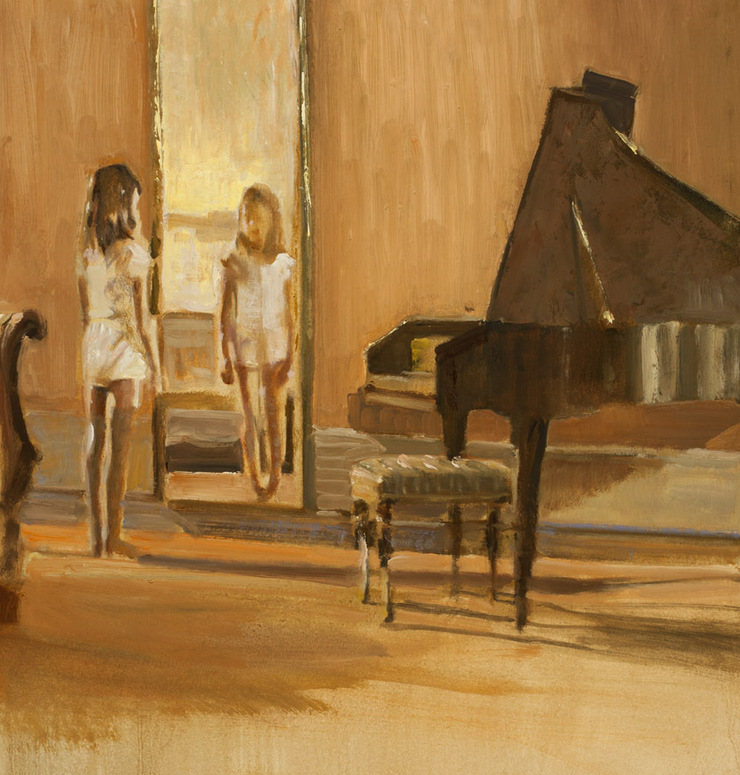 For the last several years as I have been bringing students to New York, one of the highlights has been visiting The Criterion Collection with my colleague illustrator Caitlin Kuhwald. Caitlin has been doing great work for them for years so I was very excited to get a call recently from Eric Skillman asking me if I could do the illustrations for the Criterion DVD/Bluray release of Autumn Sonata, a film by Ingmar Bergman, starring Liv Ullmann and Ingrid Bergman.  It was Ingrid Bergman's last performance in a major theatrical feature film. It tells the story of a self- absorbed  classical pianist who is confronted by her grown-up, neglected daughter. The film was  shot by the great Sven Nyqvist, making every frame a great still image in it's own right. My exciting but intimidating challenge was to make a painterly statement to help package the DVD, while remaining true to the spirit of the film's visual language. 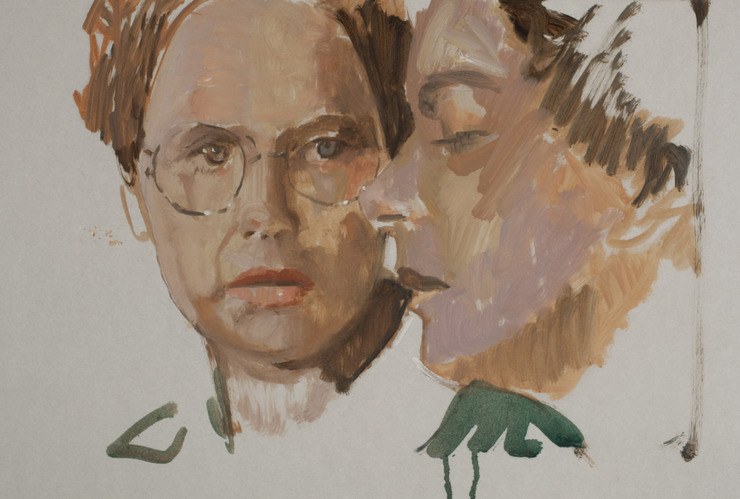 A preliminary sketch for one of two interior spots, using the classic two-face Bergman/Nyqvist composition. Too similar a composition to shots in other Bergman films... 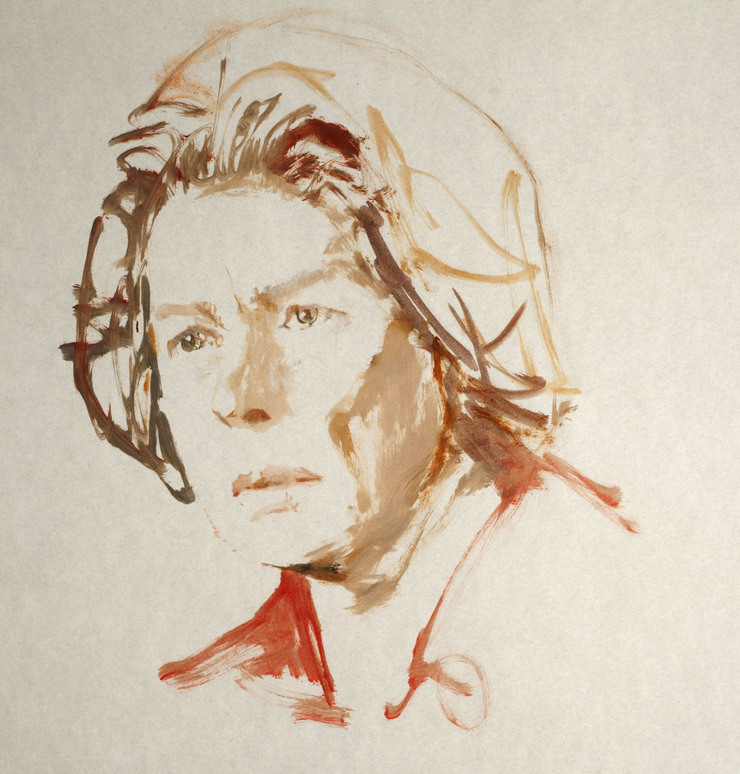 I think this was a pretty good painting of Ingrid Bergman...but the focus of this film has to do with incidents in the past... 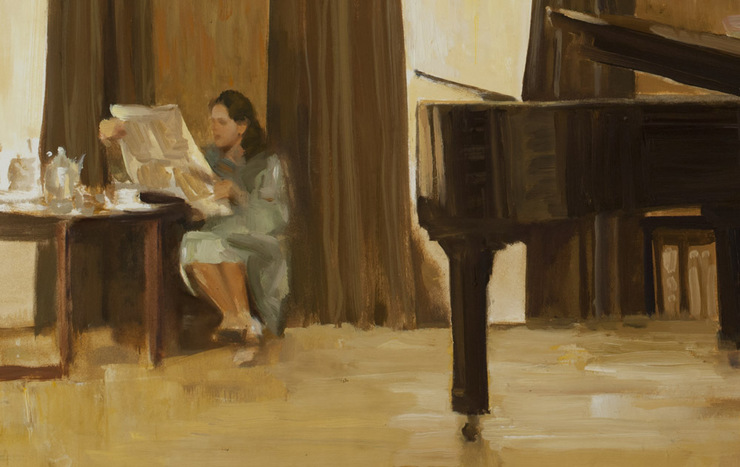 Mother taking a break from the piano. She's asked her daughter to leave her alone. 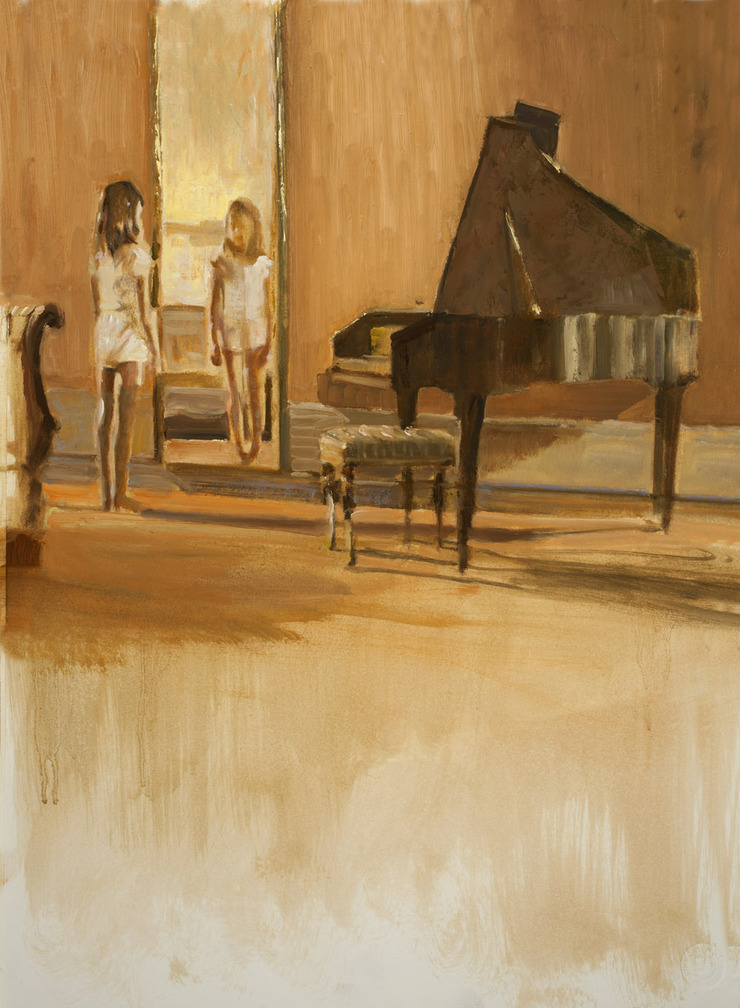 The finished cover art. Two very brief flashbacks provide the meaning to the film, and this is the moment that was the most critical. The mother, a renowned but totally self-absorbed concert pianist is absent from the scene, as well as from her daughter's life. I usually try to avoid using a lot of these warm earth colors but here they are dictated by the palate of the film. 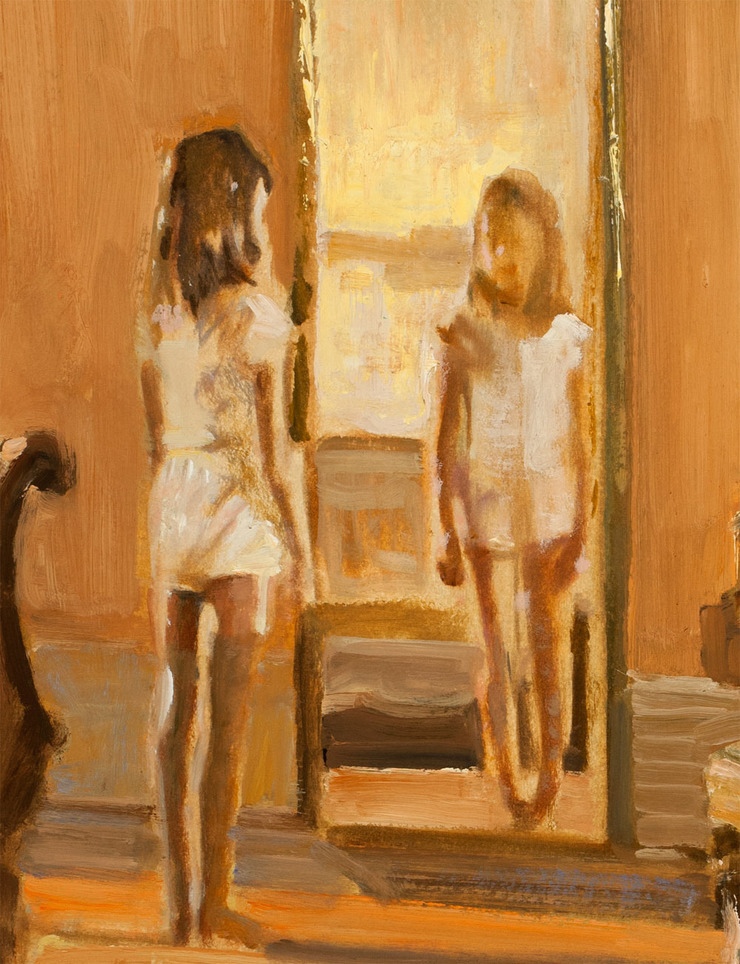 A detail of the finished art. I am trying to develop the ability to work in a way that adds a little meaning through technique. I want to be able to modulate my techniccal approach to fit the problem at hand...I feel like I am finally starting have the ability to achieve this. 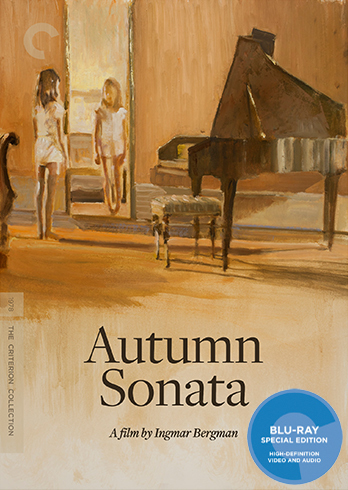