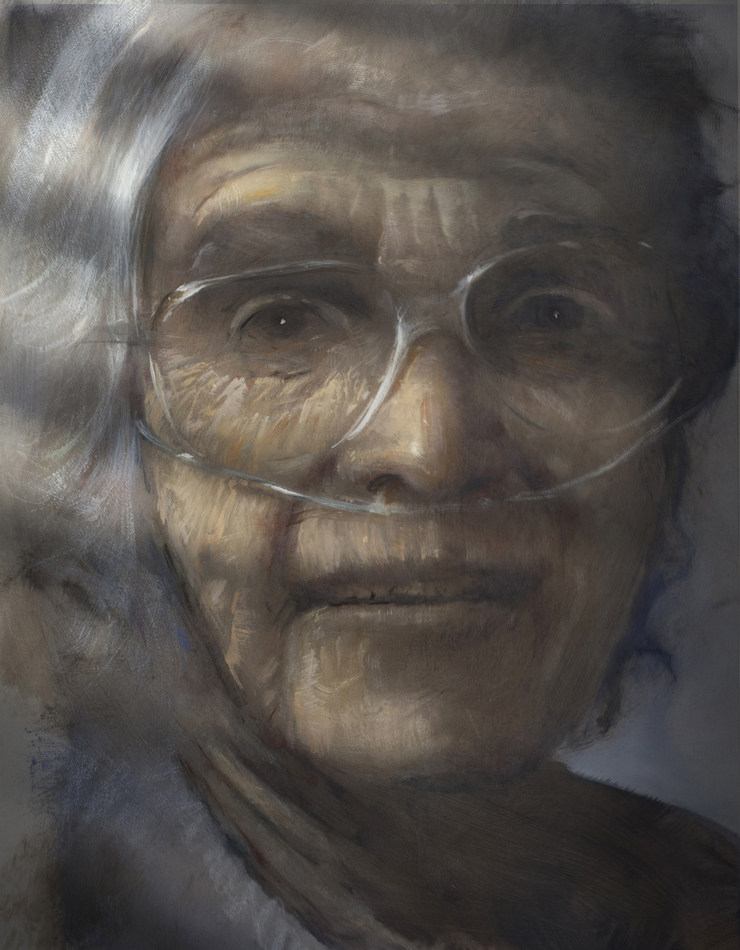 It's exciting to get a call from Irene Gallo. This assignment was to create an illustration to accompany "The Eighth Grade Class Visits the Hebrew Home for the Aging" by Harry Turtledove,  a short story that imagines an alternative history where Anne Frank has lived to be a very elderly and anonymous woman in a rest home. The idea was to create a straight-forward portrait of an elderly Anne Frank. You can see the final video here. 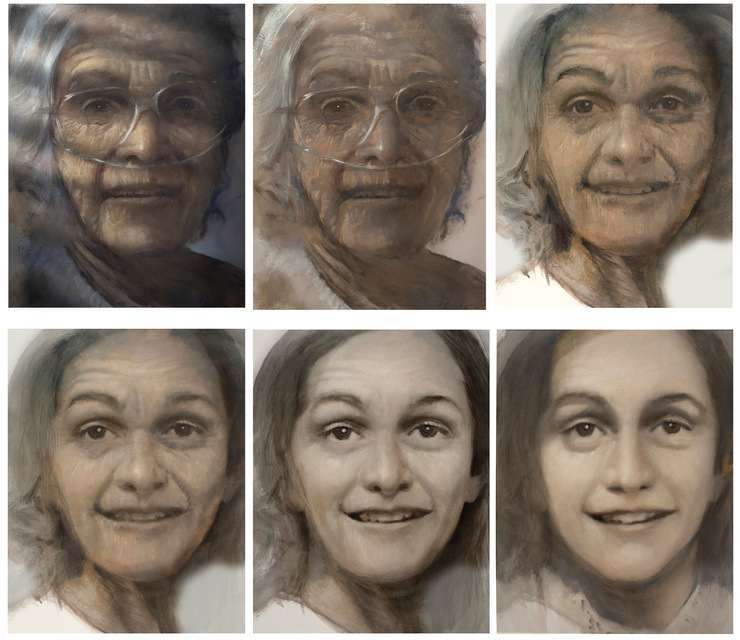 I started to do sketches in oil paint, just feeling for what she might look like as she aged- (some terrible results at first) it occurred to me to try to make an animated illustration.
This idea seemed to be good but flawed because the identification of the protagonist of the story as Anne Frank comes at the end of the story, but the illustration runs at the top.
The solution was to reverse engineer the elderly Anne Frank into the girl we all know from the famous photographs. A static version could be at the top and the motion version run at the end. 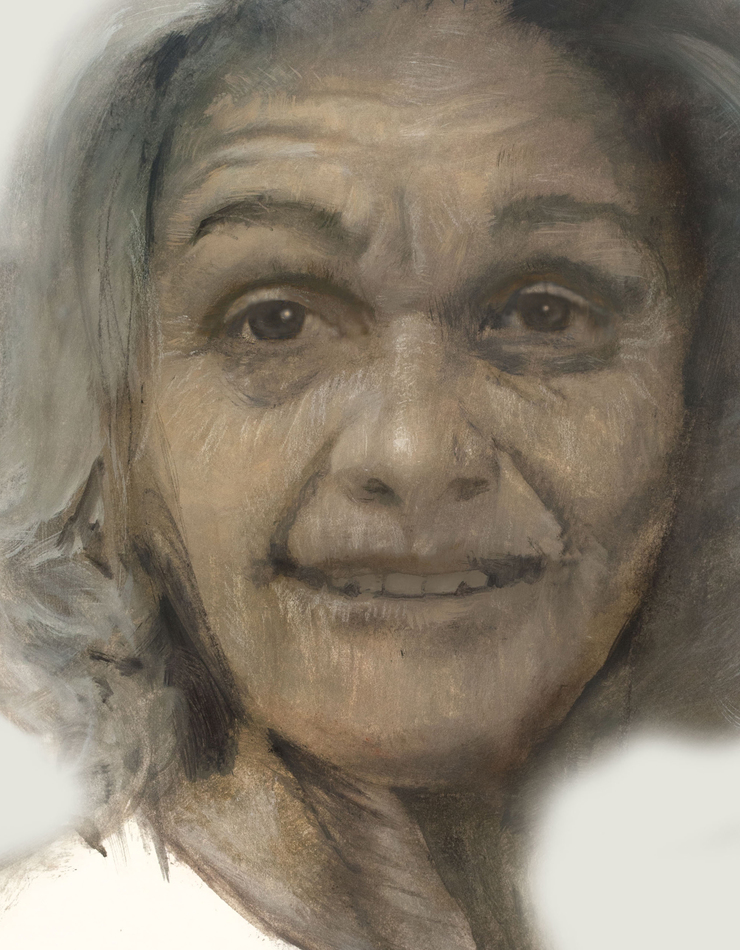 My final process was to make seven paintings. I photographed each one in various stages of completion, then digitally composited them together. I prevailed upon my son William to compose a 46 second piece of music which I edited into the final piece. 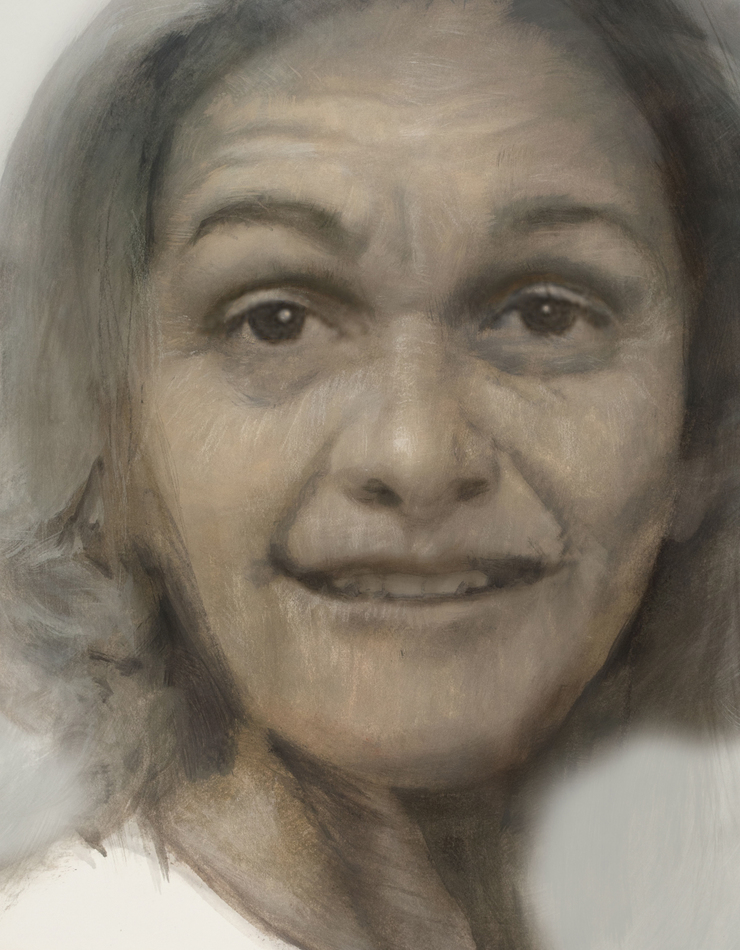 This was a lot of work. I did it because as a teenager I found the story of Anne Frank to be profoundly moving in many ways, and I wanted to do something to honor her and her diary which put the most personal and poignant face on the holocaust. 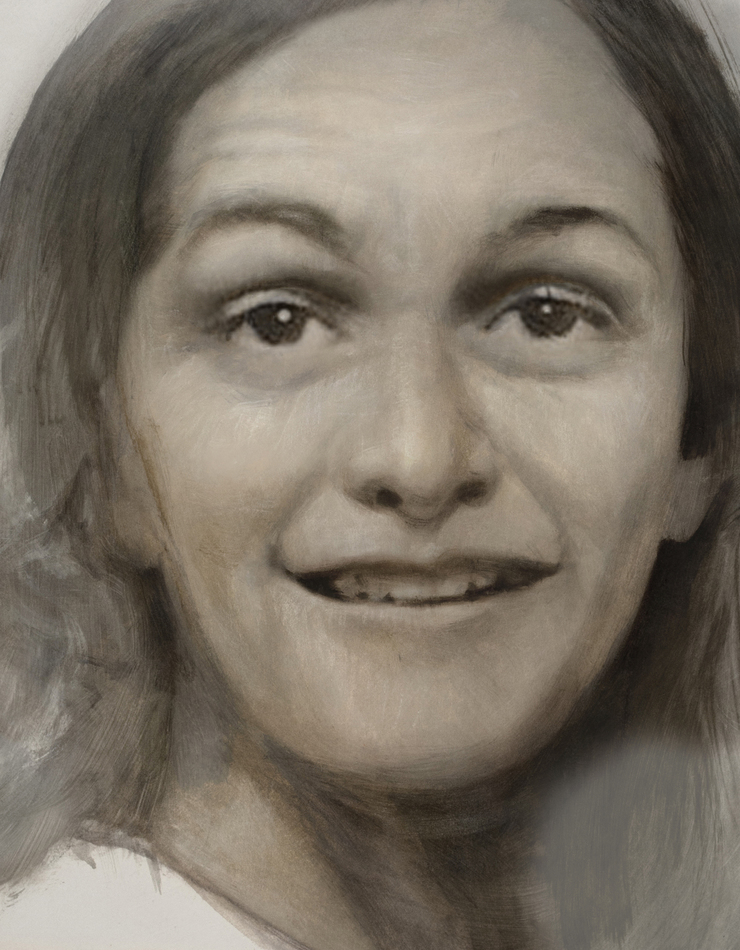 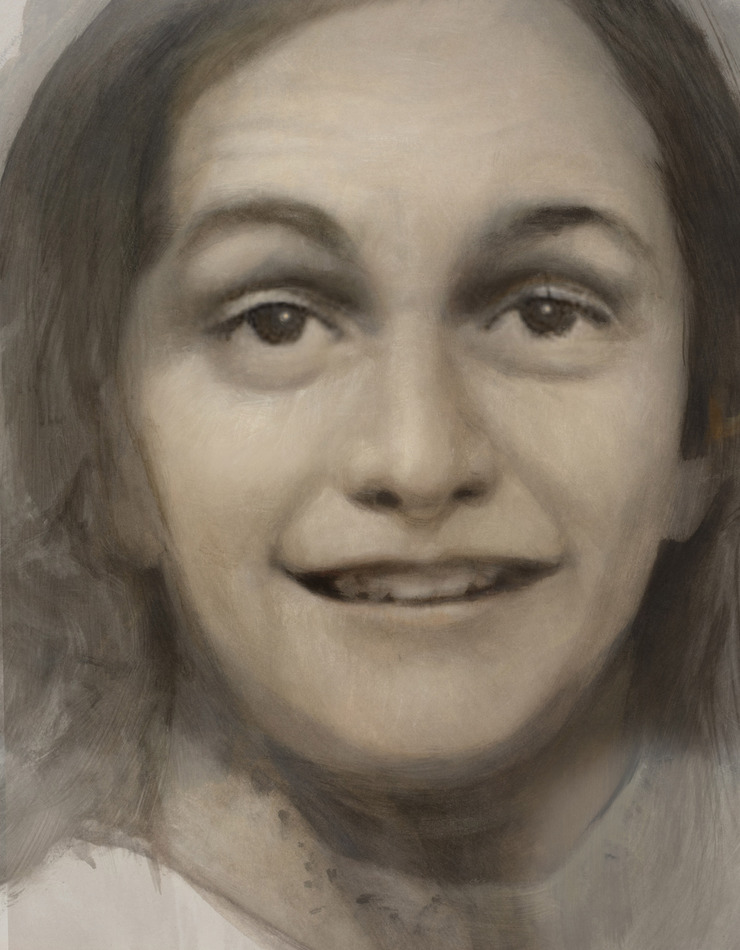 Anne at 19
I adder a red coloration to the end frames as time brings the viewer to Anne Frank's image as we know it,  a reference to the "Girl in Red" from the story of Oscar Schindler, most notably dramatized in Steven Spielberg's film Schindler's list. The idea is based on a true story from the trial of Adolph Eichmann.

I test screened this film for a few people, one of them was a unitarian minister (father of an illustrator friend) and I was somewhat taken aback to see tears well up in his eyes. It made me realize that on some level, for this one time I might have accomplished something pretty strong. I hope I did. 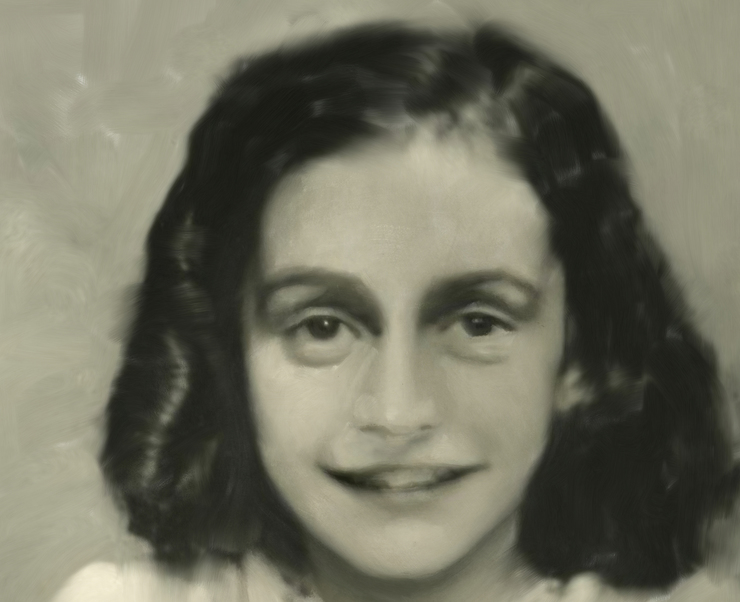