The Blink of an Eye

MAY 26, 2010
This week represents a milestone for me, having been a professional illustrator for thirty years. I thought that I would indulge in a bit of nostalgia and post this timeline, with one piece representing the work of each year.... 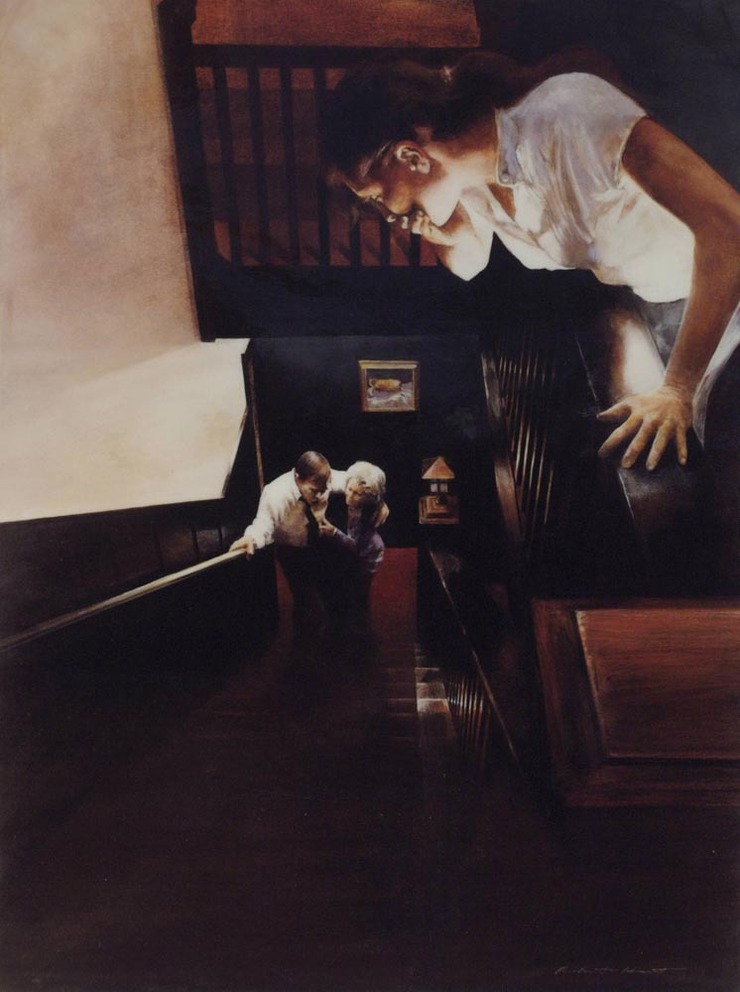 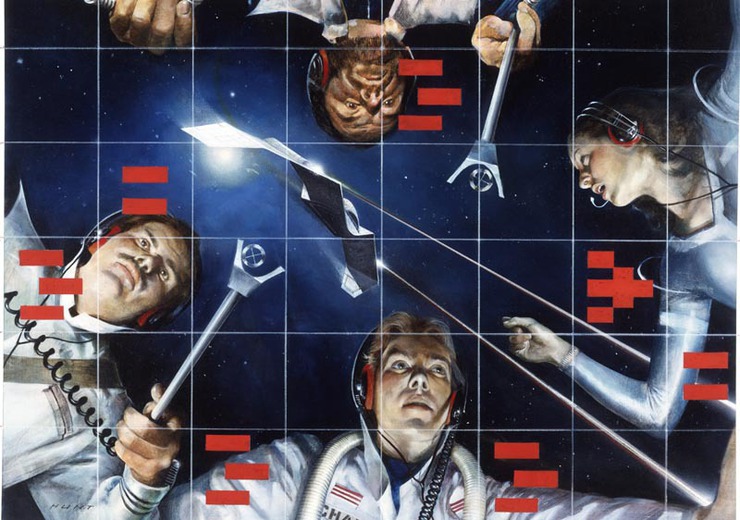 Atari: Star Raiders 1981 Atari wanted to hire me as a staff artist, and fortunately I declined, with the thought that there is more job security in freelancing than in being a staff artist. In my case, this has proved to be the right choice. 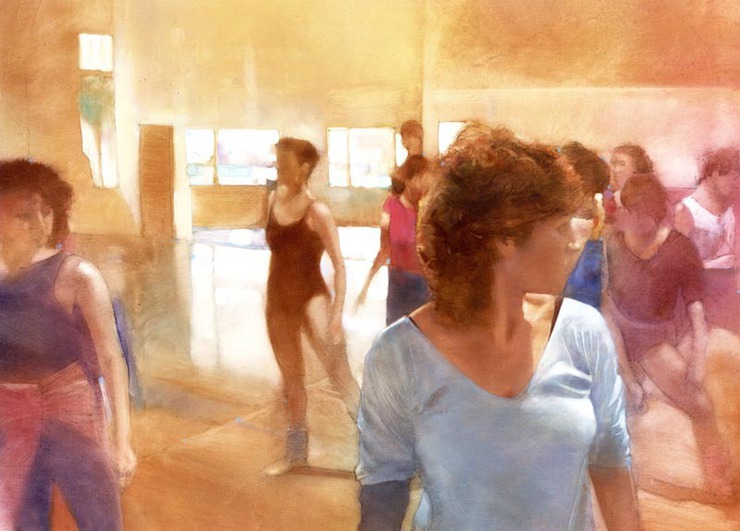 I didn't like the direction my work was taking so I started to do paintings for myself to find my own voice, a parallel project that never seems to end for me. Dancers 1982 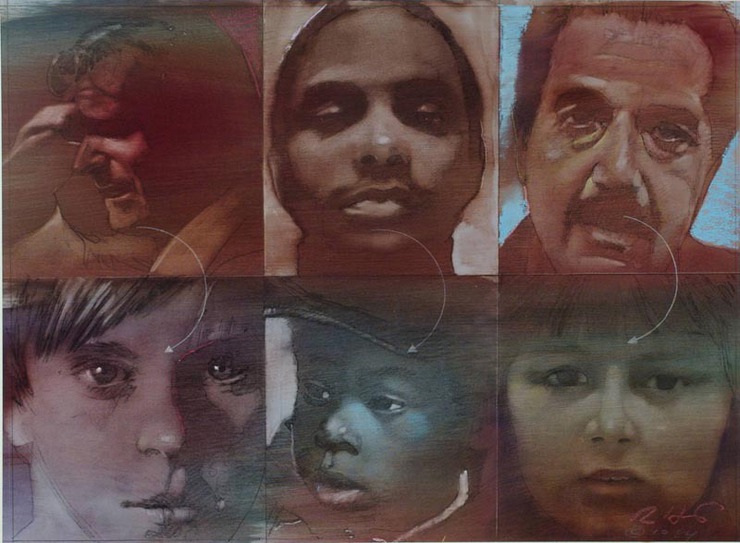 I was able to incorporate my new direction into editorial work.This was the first piece I got into the SI show. Hidden Victims, Listen Magazine, 1983 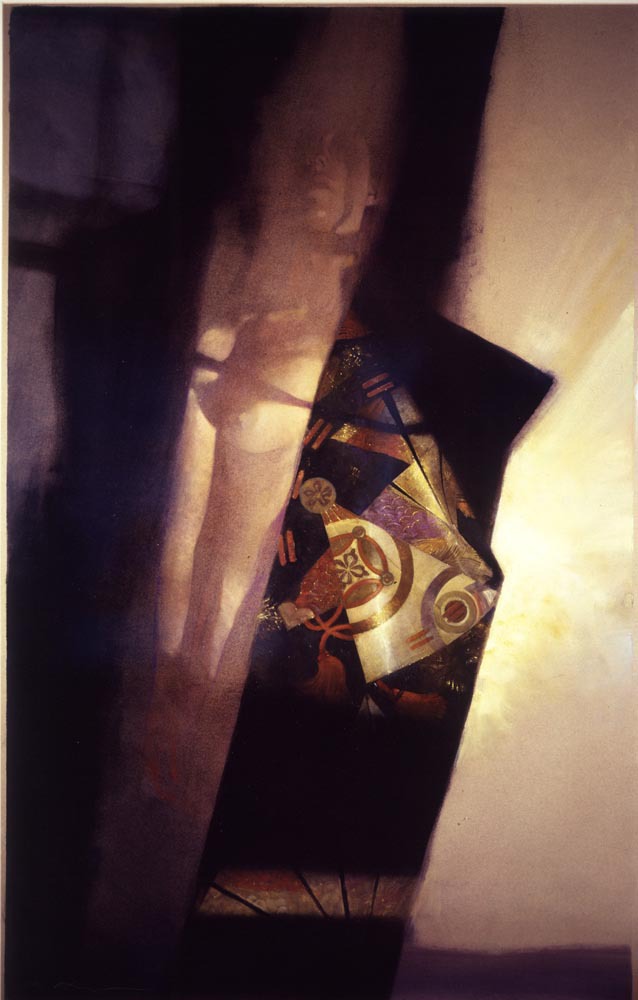 A piece I did for a poster contest in the San Francisco Society of Illustrators.Was not accepted, but I still think its one of the best things I have done. Obi, 1985 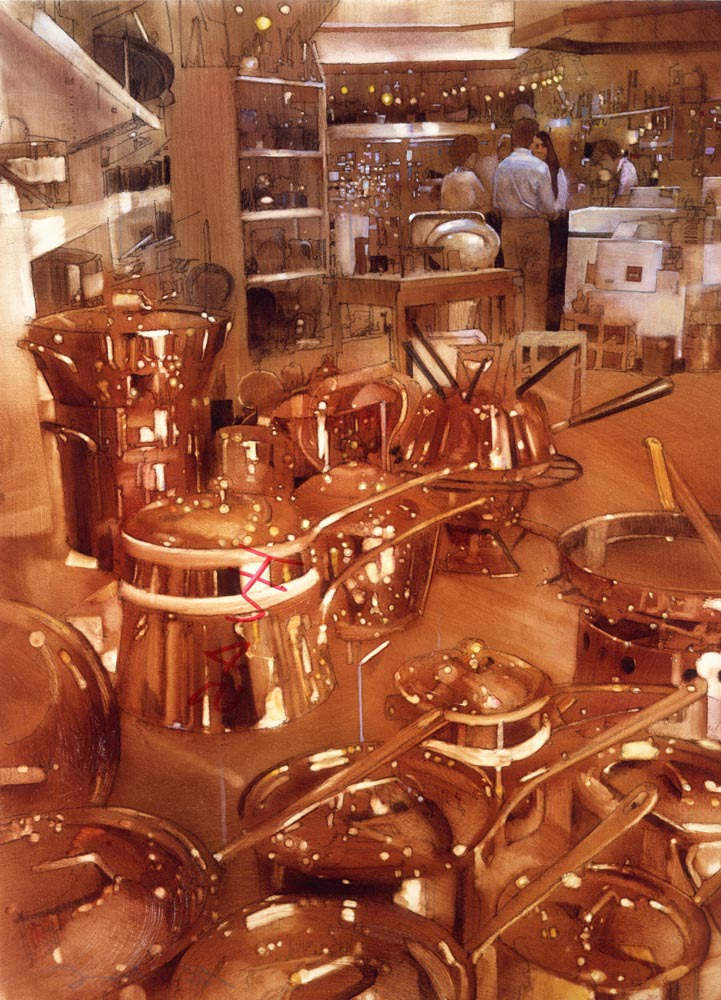 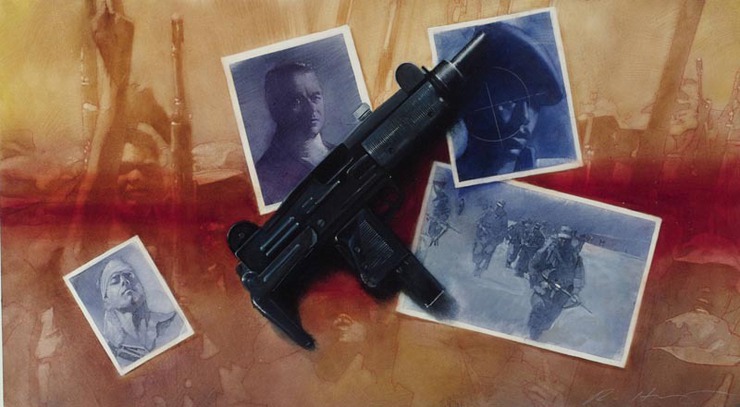 A representative of the many espionage-intrigue related book covers I did around this time. Bantam Books, 1987 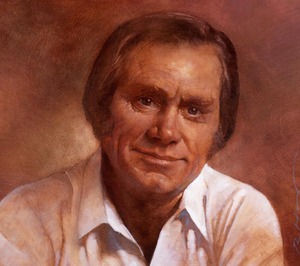 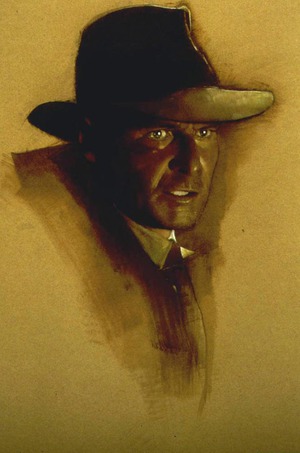 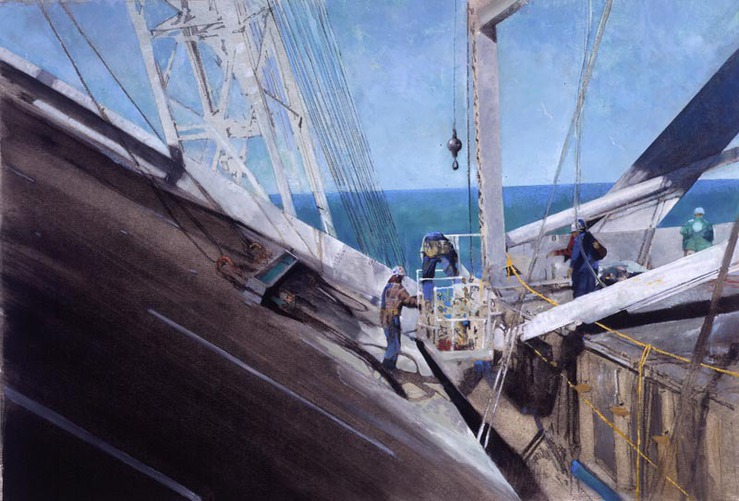 Bay Bridge series, 1990. I had felt my work becoming overly commercial and I had been looking for an idea when the earthquake happened and freak chance put me in a position to document the repair of the bay bridge. This personal project was featured in CA magazine and really was a turning point for me. 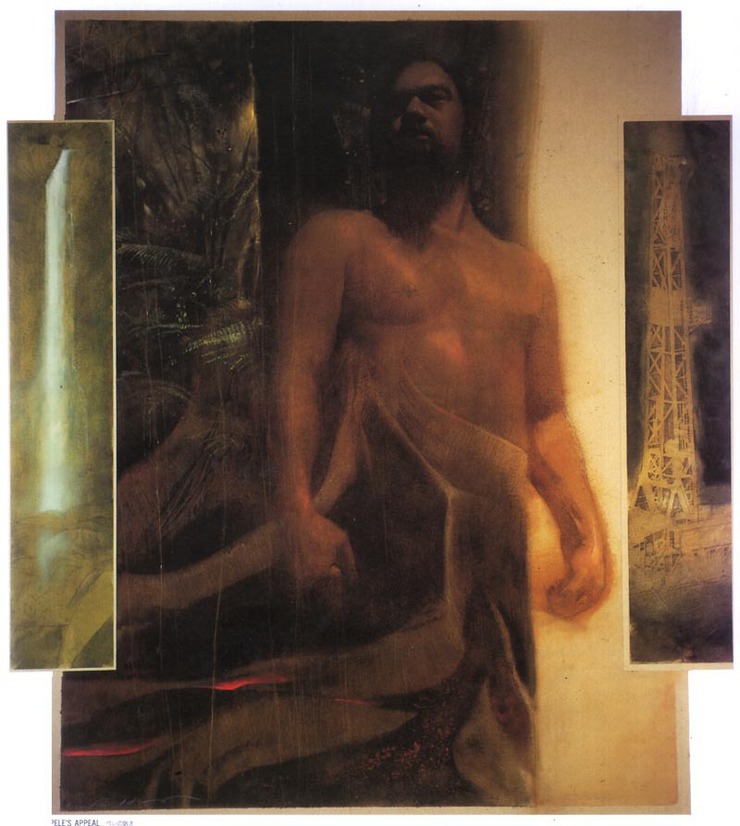 Kilauea, "illustrator and the Environment Show", Society of illustrators 1991 (note, the Earth: Fragile Planet show at SI opens next week and celebrates the 20th anniversary of this show) 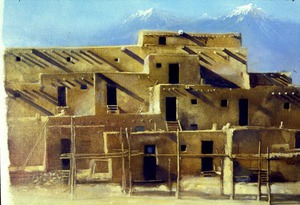 One of many "Inspired by the Beauty of America"  paintings I did for Pendelton, 1992 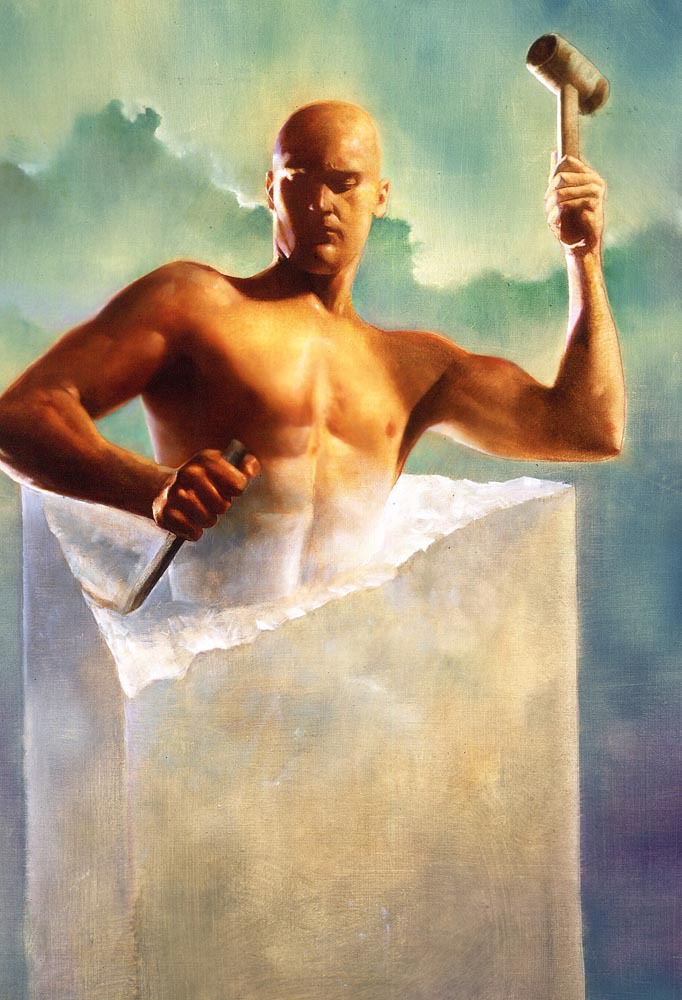 Self Made Man, Bank of America (Unpublished) 1993 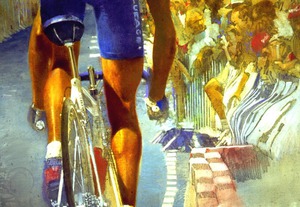 One of 15 paintings I did on location at the Tour de France, Bicycling Magazine 1994 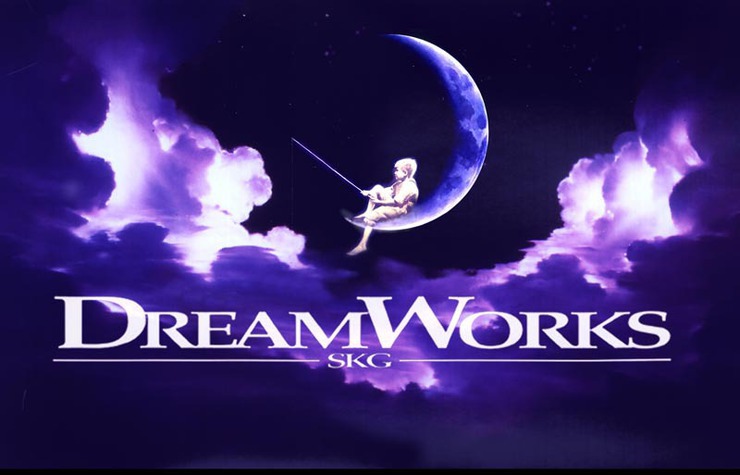 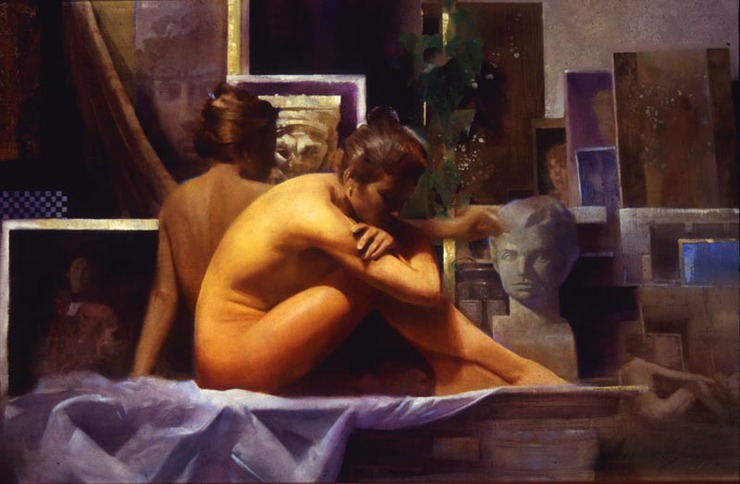 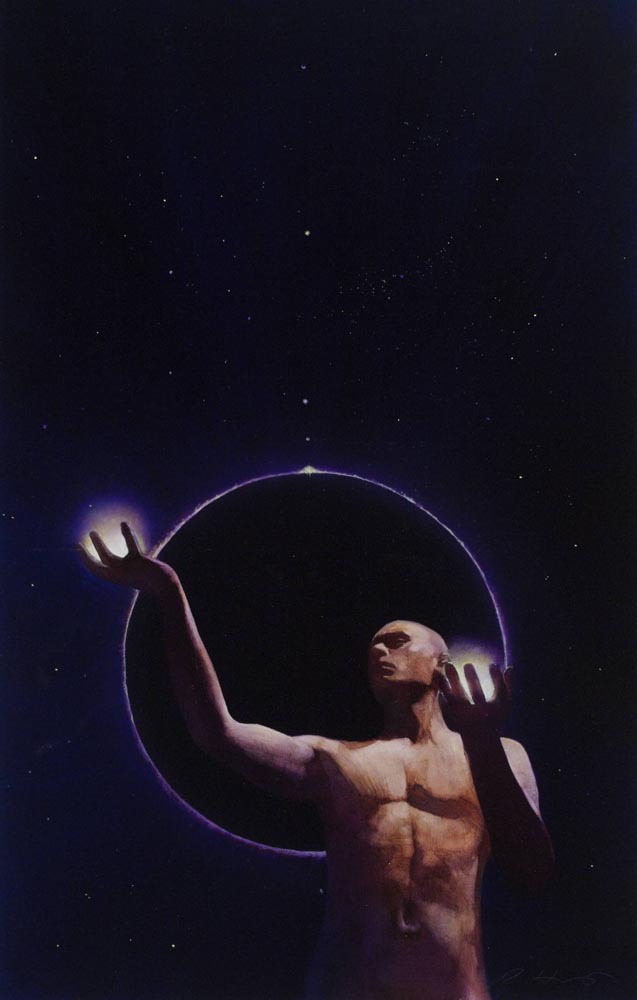 One of several covers for books by Arthur C. Clark, Penguin 1997 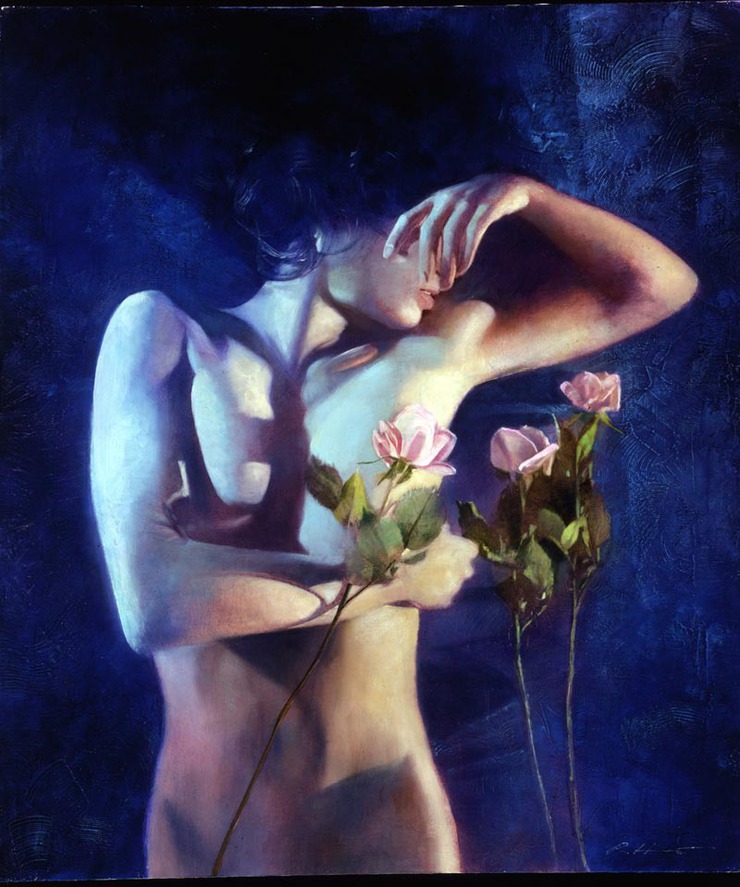 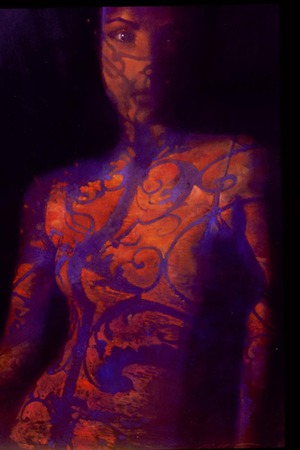 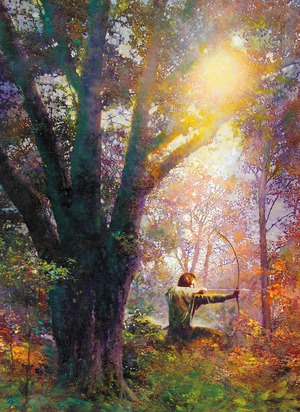 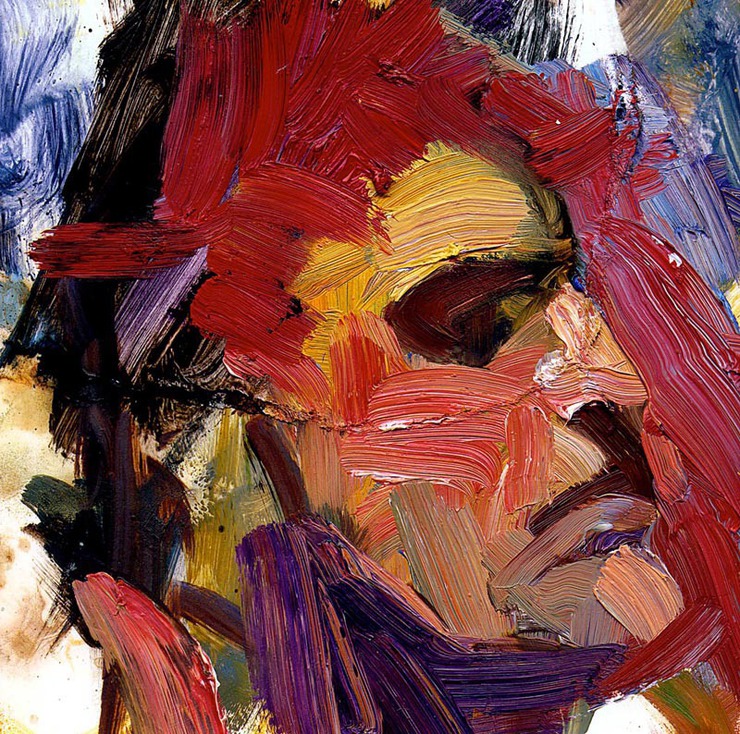 Howard Roark, 2001 In 2001 I started an ongoing project of doing a painting every day with a time limit to force myself out of my tendency to overwork and to develop my own voice. 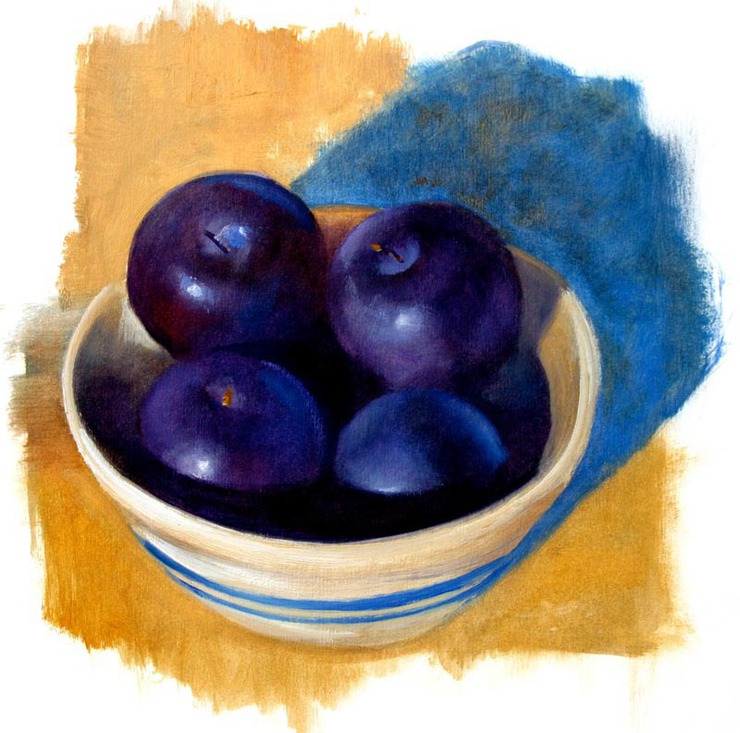 This new direction opened the door to opportunities I would never have had. Plums, from the Poetry of William Carlos Williams,Sterling, 2002 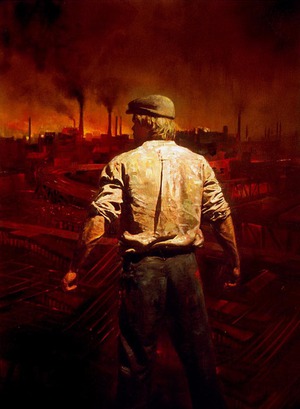 The Jungle, Simon and Schuster 2003 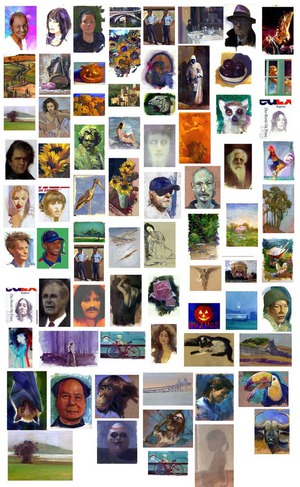 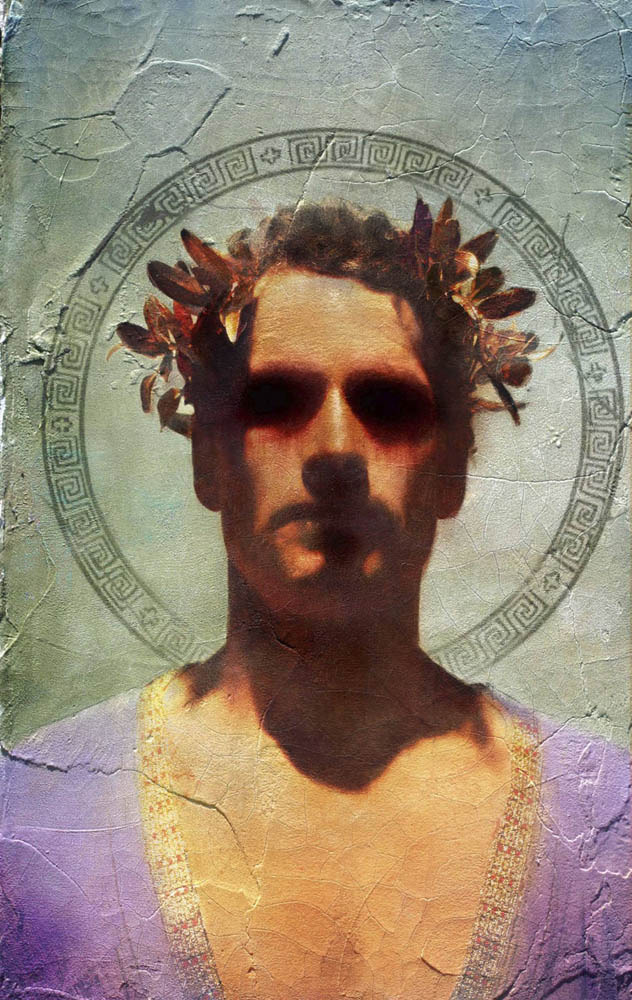 ...and slowly fused the new methods with the old... Oedipus Rex, Simon and Schuster 2005 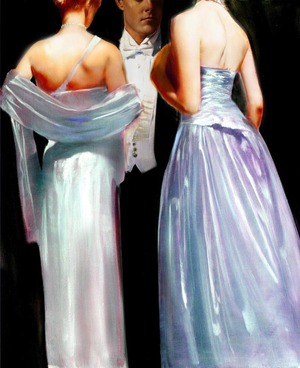 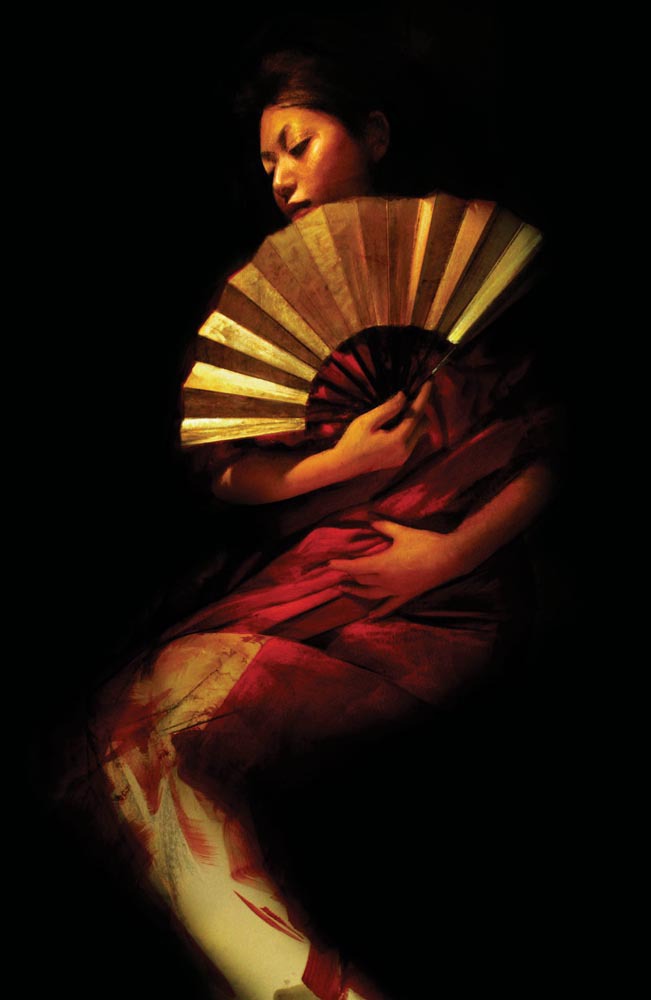 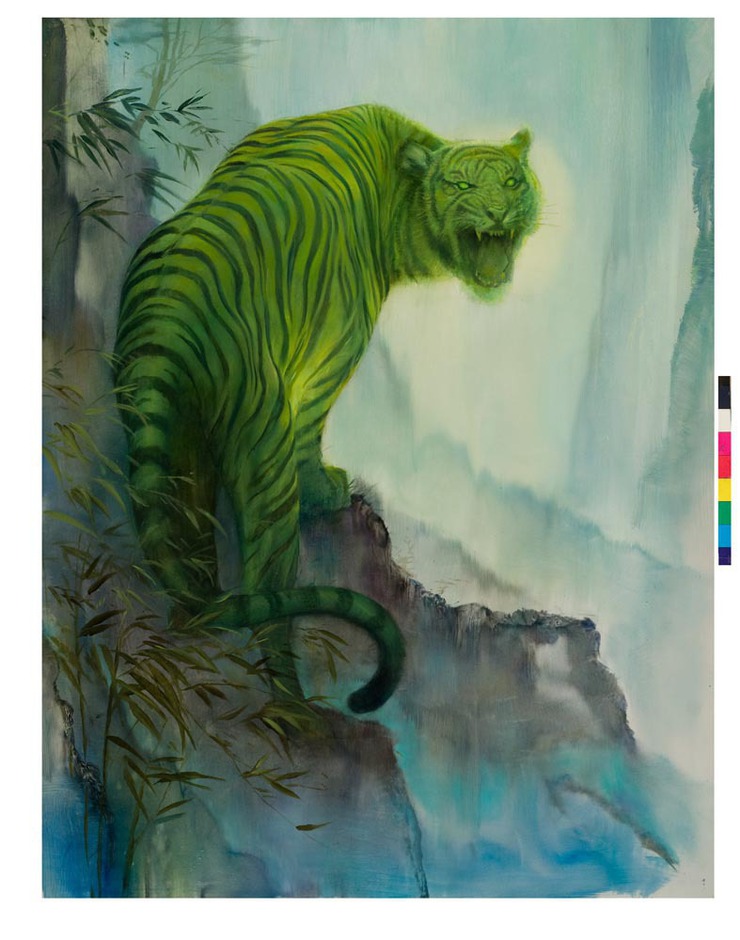 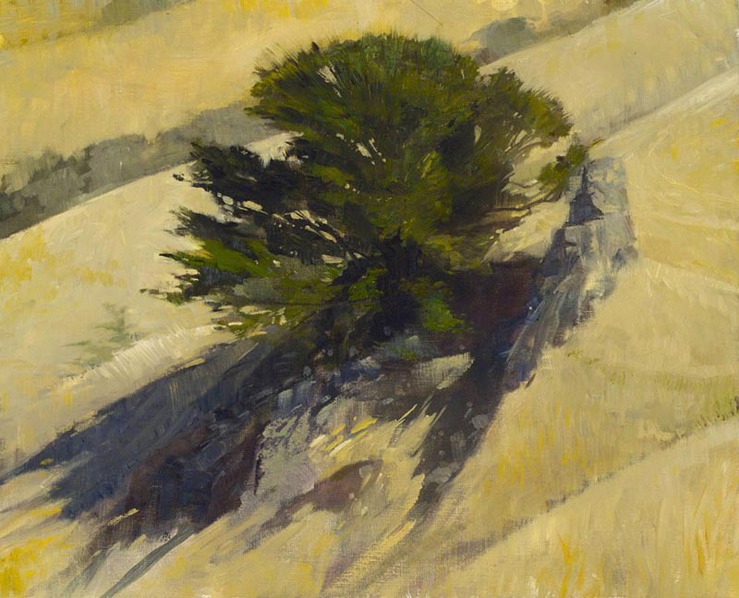 In 2009 I also became serious about landscape painting. 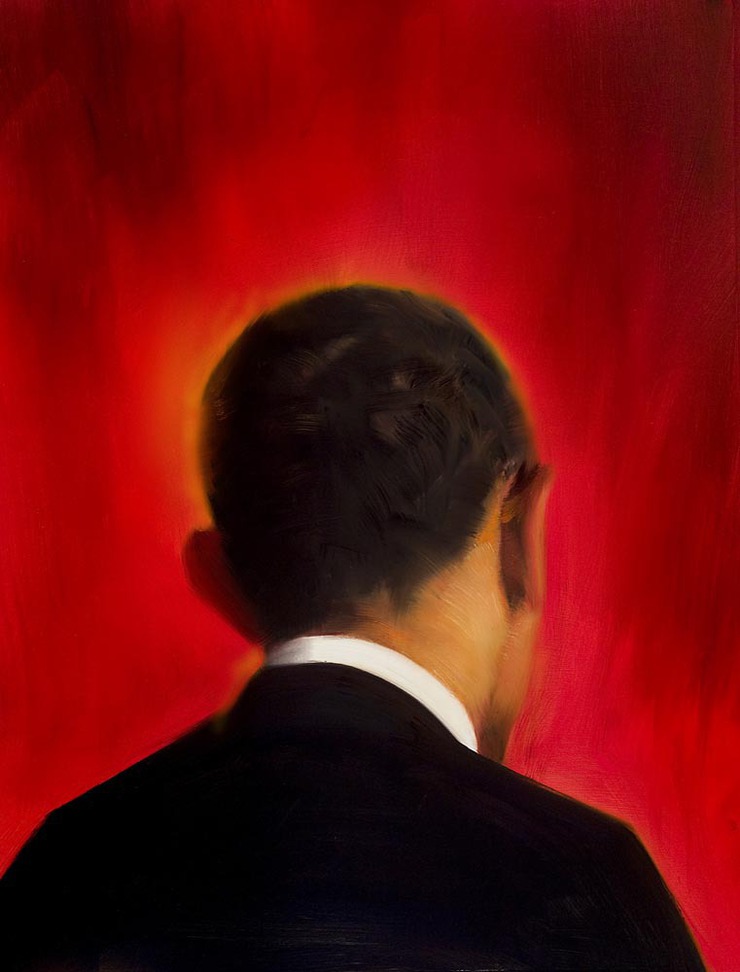 Barack Obama, new Republic, 2010
Each of these pieces represents dozens more. Ive been very fortunate to work with great people in a job I really love, and because of this the last thirty years have passed in the blink of an eye. Honestly, I'm just getting started.
To the people who have been on the ride with me, thank you. Special thanks to my late teacher Barbara Bradley, who gave me the great gift of learning to draw with my ego detached, my fellow illustrators, teachers, art directors, and ...especially my wife Lynn, with whom I also have been married for thirty years next month.
To those readers of this blog who may be just starting out, don't forget to look up from your work and look around at the world once and awhile- it's an amazing place.It will be thirty years before you know it.