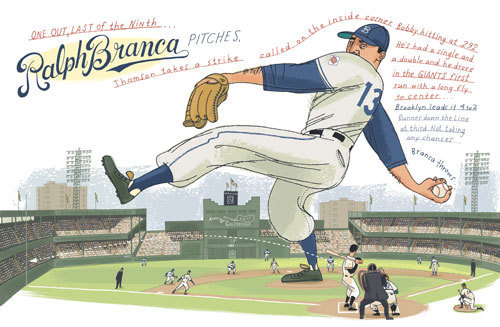 American Express is producing a book with portraits and feature articles about some of their charter members. I was asked to do a portrait of Ralph Branca. He’s the Brooklyn Dodger pitcher who delivered  the pitch to Bobby Thomson that became known as “The Shot Heard ‘Round The World” in a playoff for the pennant in 1951.
I drew the fatal moment Branca delivered the pitch. The game, played at The Polo Grounds has taken on legendary status in baseball history, and fans have been talking about it ever since. Should Branca have walked  Thomson with first base open and pitched to the rookie Willie Mays? Did Giant coach Herman Franks steal pitching signs with a telescope from the centerfield clubhouse and relay them to Thomson? Russ Hodges famous play-by-play call was recorded off the television by a fan at home. What happened to the ball? 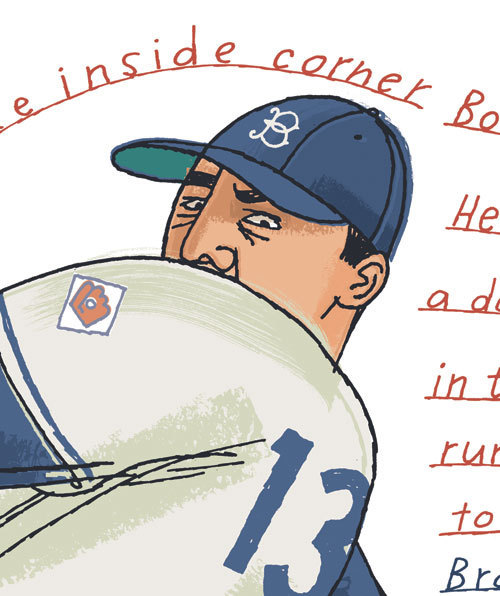 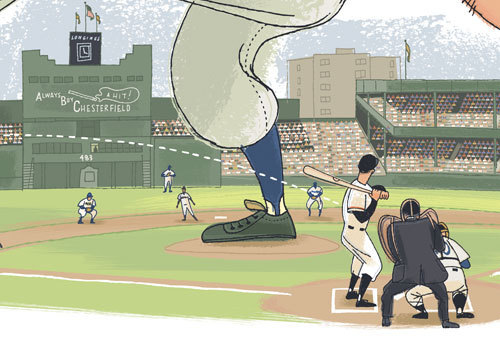 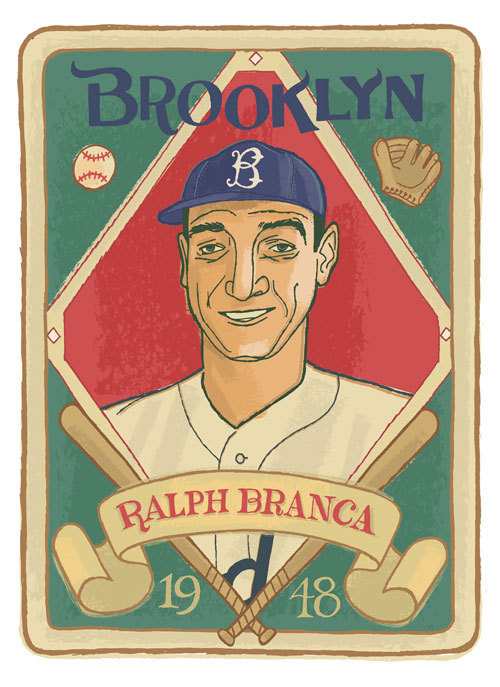 I also illustrated an imaginary baseball card of Branca from 1948, the year he was an All-Star. After Branca retired from baseball he worked in the insurance industry and was instrumental in the formation of the Baseball Assistance Team, a foundation that offers help to former major-league players who have fallen on hard times.