Grace Kelly and the Music 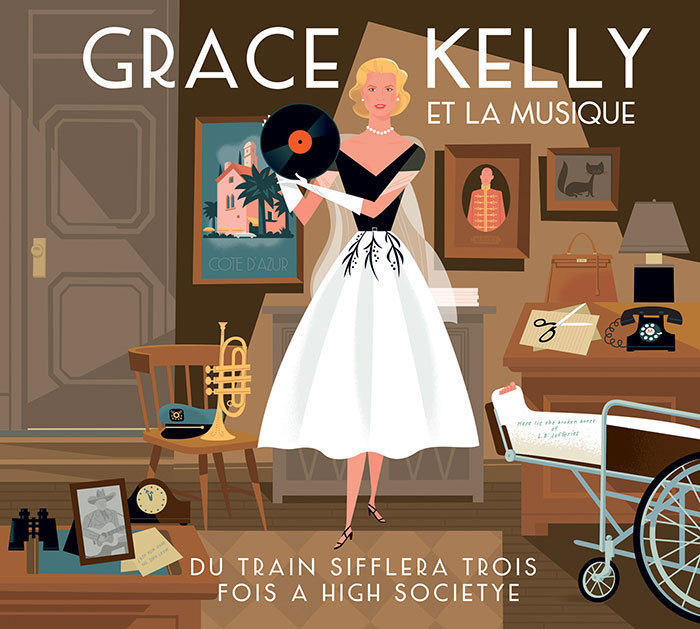 One of my favorite projects of the year was this illustration for a CD issue of music from the movies of Grace Kelly for Milan Records in France. This is about the sixth or seventh cover I’ve done for them and they always seem to call for subjects that I’m already interested in.
For this one Milan sent me a list of pictures that would be included in the collection and I decided to put Grace in the apartment from “Rear Window” with added elements from the other movies on the list. That’s a framed photo of Tex Ritter who sings the theme song from “High Noon” on the desk with a clock, Bing Crosby’s hat and Louis Armstrong’s trumpet from “High Society” are on the chair, the Cote’ D’ Azur poster and the cat drawing are from “To Catch a Thief.” That’s Alec Guiness as Prince Albert from “The Swan,” and the scissors and phone are from “Dial M for Murder.” The lucky guy in the wheelchair is L.B. Jefferies and Lisa Carol Fremont is about to play some records for him. Grace is wearing a dress by Edith Head and that’s a Hermes Kelly bag on the desk, but you all already knew that. 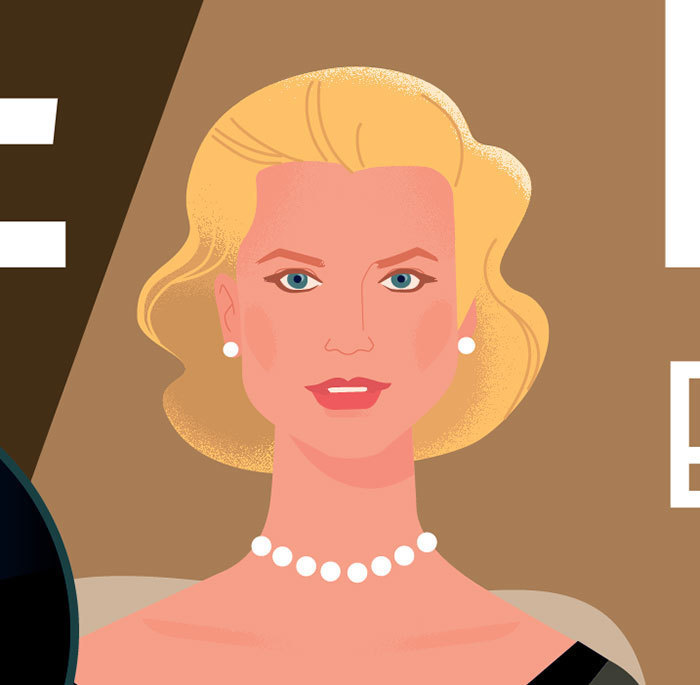 The biggest challenge for me on this one was to make a good likeness of Grace Kelly in a style that fit the period and also worked for a contemporary audience. 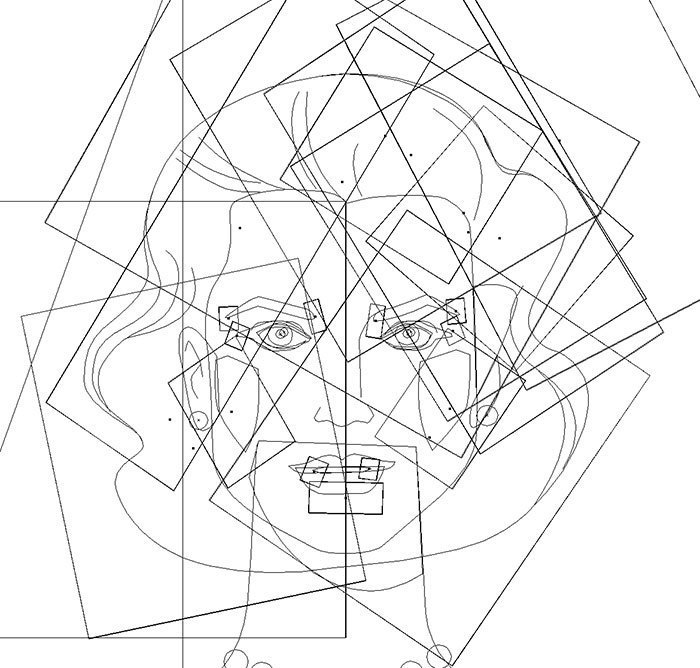 Illustrator outline, those rectangles are placed texture files made from scans of air-brushed ink on paper. 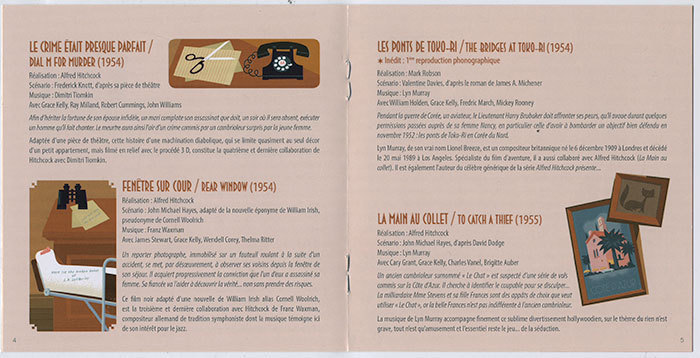 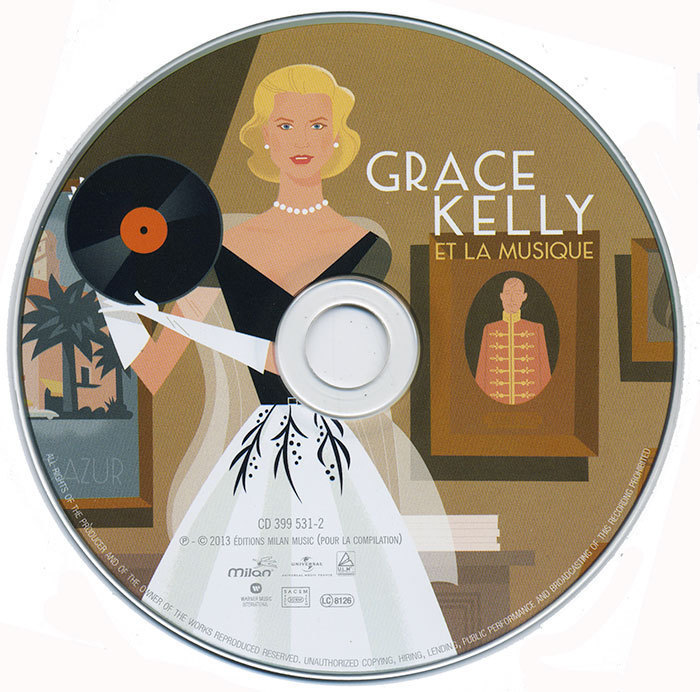 Milan always does a nice job with the design of the booklet and disc, and they always send me a box of CDs. A great client.