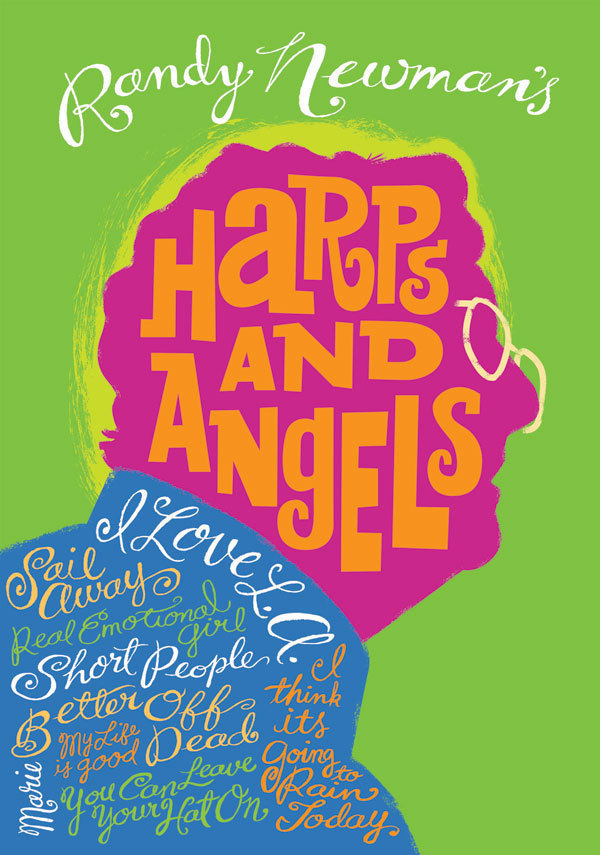 Surprisingly, there are people walking the earth that can’t name the four Beatles, and who don’t know about Randy Newman’s music except for his songs for Pixar and Disney pictures. He’s one of my favorite songwriters, so when Center Theatre Group called about a poster for a new musical based on Newman’s songs, I said yes immediately. The challenge was to make a poster for a show that was in the process of being written and cast. The musical is based on Newman’s album “Harps and Angels” and a number of his other songs from through the years. Directed by Broadway veteran Jerry Zaks, the production is described as a compelling, honest and humorous commentary on what it is like to be born, grow up, fall in love, and live and die in America. The cast includes Michael McKean and Katey Sagal, and it will have its world premeire at the Mark Taper Forum at the Music Center in Los Angeles on November 10. Charity Capili was the art director on this one and she managed to get this approved by everyone involved without any drama.

Some sketches from the first round that weren't chosen. 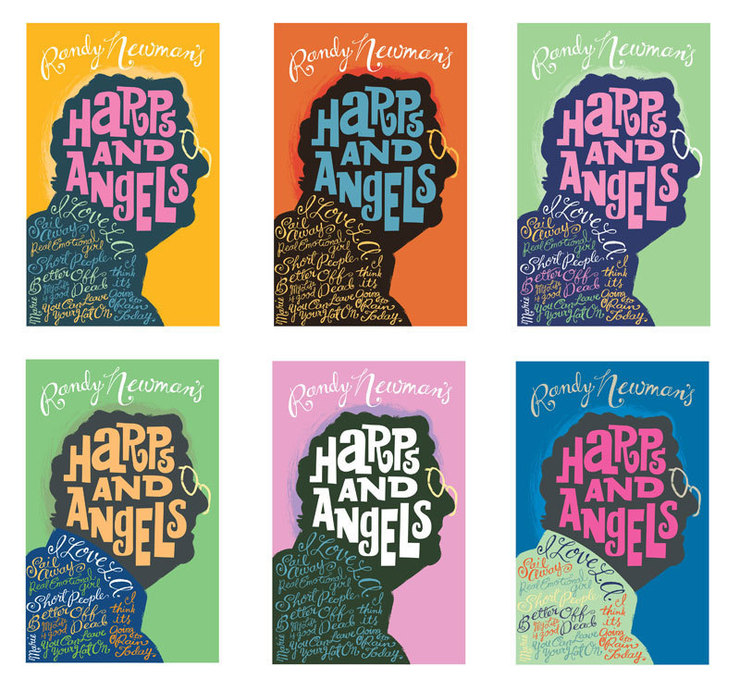