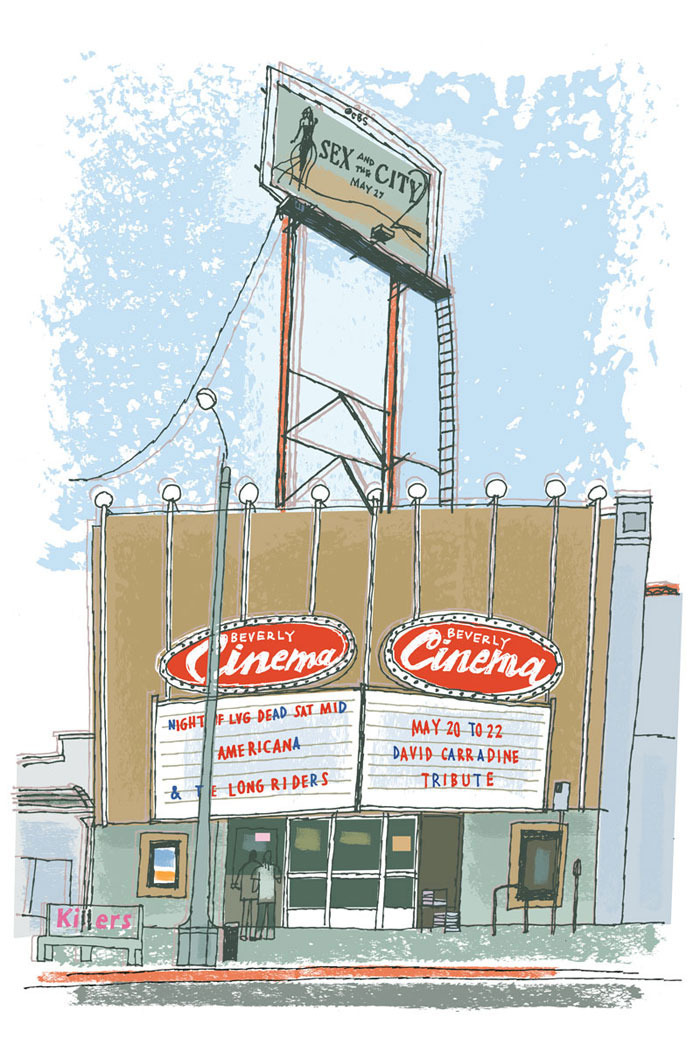 The New Beverly Cinema is a legendary revival  house in LA, I used to go to there a lot in the seventies and eighties. Lately I’ve been whining about how VCRs and DVDs have shut down all the great theatres that used to show old movies. There used to be about six or eight of them in LA , and they showed double features and changed movies every three or four days. Everybody I knew had the schedules stuck to their refrigerators or in their studios.
A couple of weeks ago my son, Nate told me he heard that Quentin Tarantino bought the New Beverly, saving it from the wrecking ball.  It turns out that Tarantino had been helping keep the place afloat for a while and now he’s made it as permanent as anything can be in LA. He’s quoted in Vanity Fair  “I just couldn’t live with myself if that theater shut down while I could do something about it.”
So this weekend, I went down there to check out the David Carradine Tribute. I saw a wonderful film Carradine directed, and starred in, called “Americana,” and the great 1980 Western “The Long Riders.” Tarantino was there, he introduced each film, told some nice stories about his friend Carradine, sat in the audience with everyone else and stood around talking about movies during intermission. Like a lot of people, I’ve been a Tarantino fan since I saw “Reservoir Dogs,” and this  easily makes him my favorite living director.