We Save Our Skin But Lose Our Raft 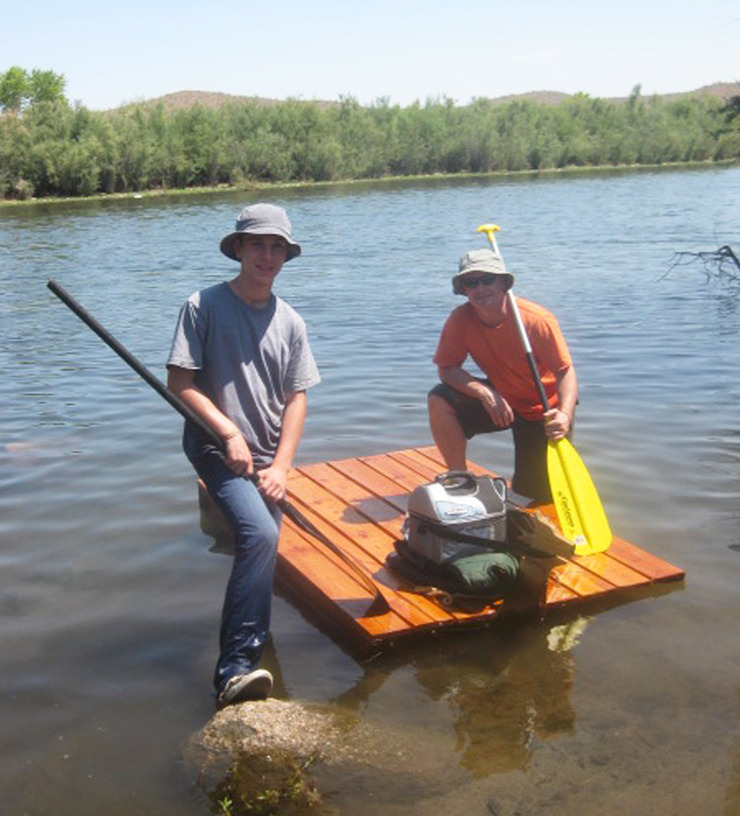 Our son, Cam, and I built a raft together some time ago. After a successful test run and still riding the wave of spirit and adventure we decided June was the time to put her (and us) to the test. Time for an expedition! It was an expedition for us, anyway. 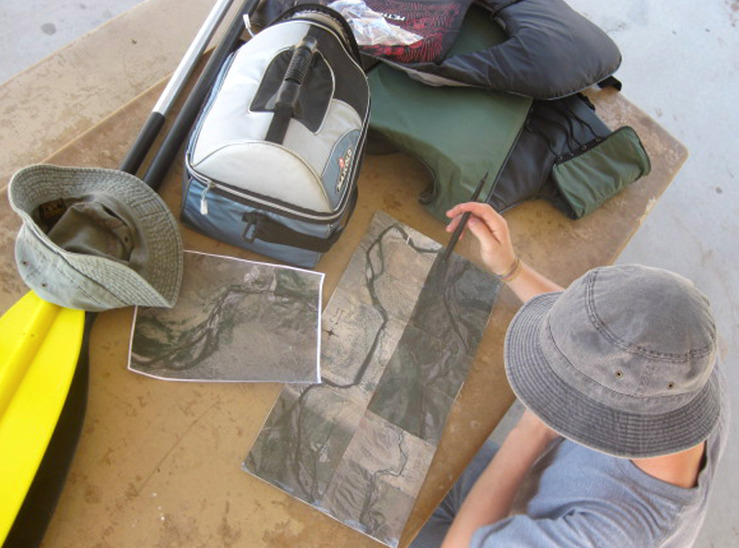 With the help of Google Maps, Cam charts the course. We have water, food and flotation devices. 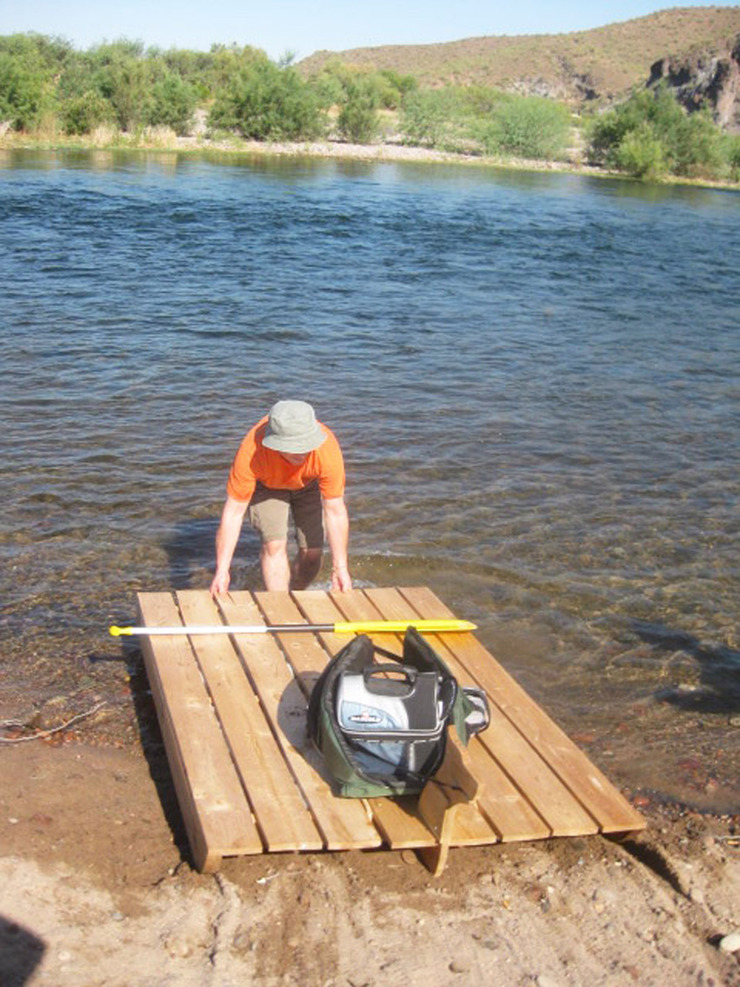 Time to launch. There are compartments under the deck that are filled with recycled plastic bottles. That should keep us floating. 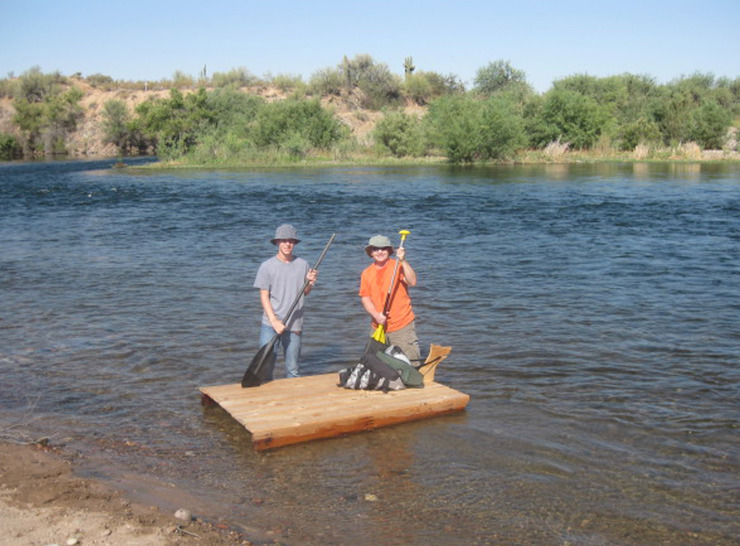 Goodbye city slickers. We'll write when we can.
One thing we learned quickly was that steering the raft was often difficult. We mostly "suggested" that our raft go this way or that and then the raft would make the final decision. In retrospect I feel the raft had too much power in the decision making.

Less than a mile into the journey we hit a small series of rapids and I was swept overboard. I held on and when the water calmed I scurried back on board. I was able to report to my raft mate that the water was bracing and invigorating. Cam and I were a bit shaken by the rapids but we maintained our resolve and sense of humor. 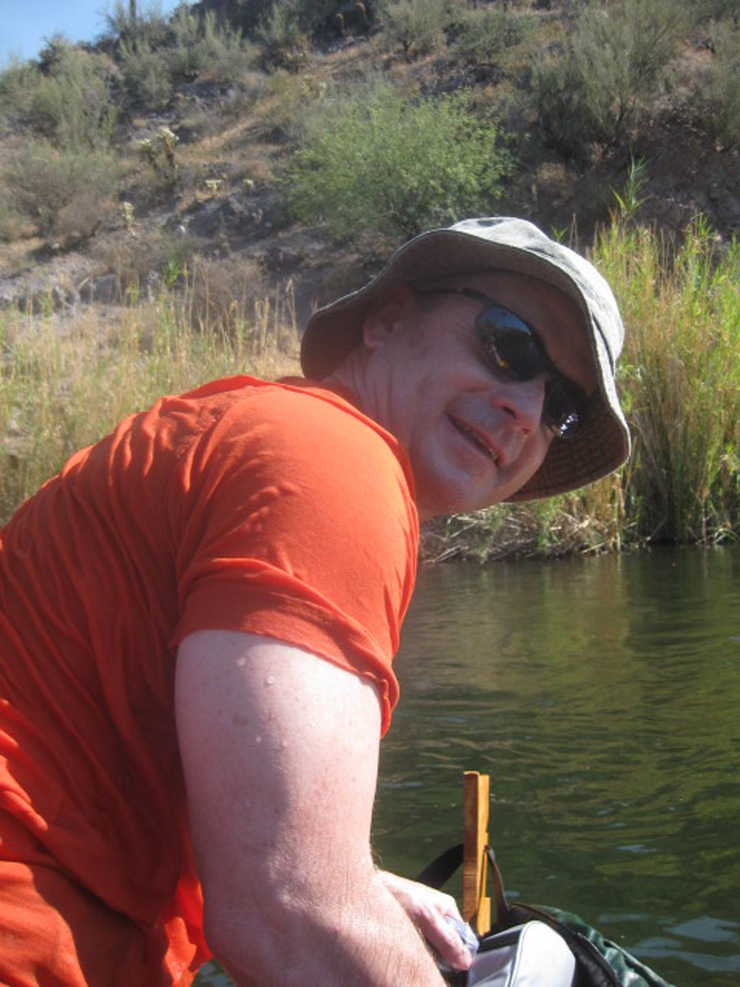 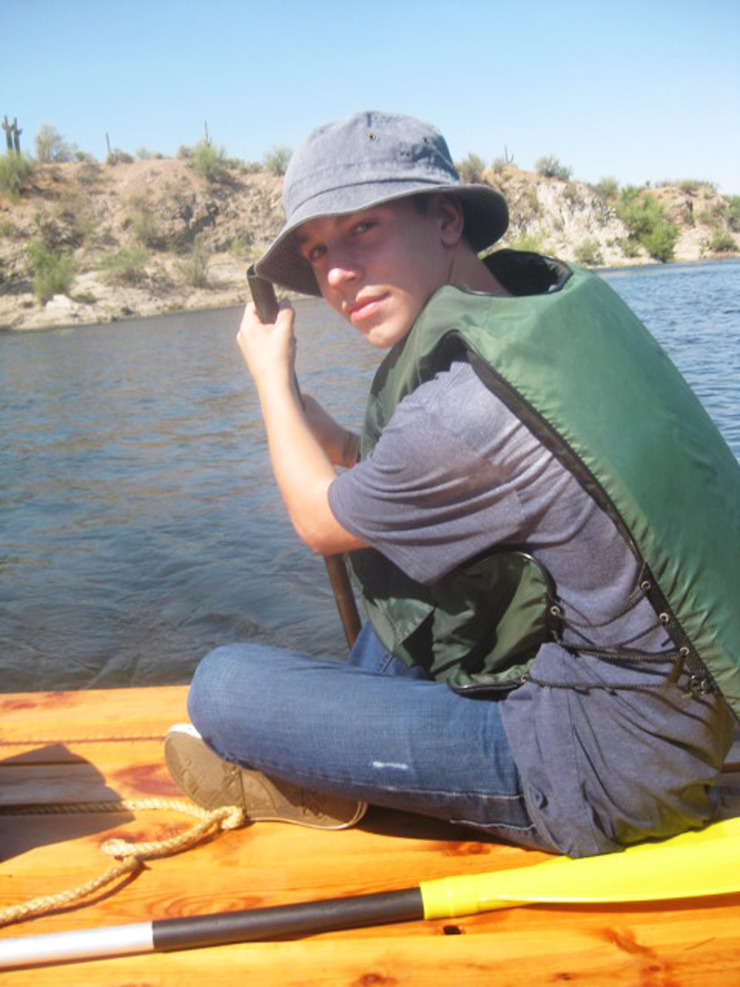 Cam is cool under pressure. 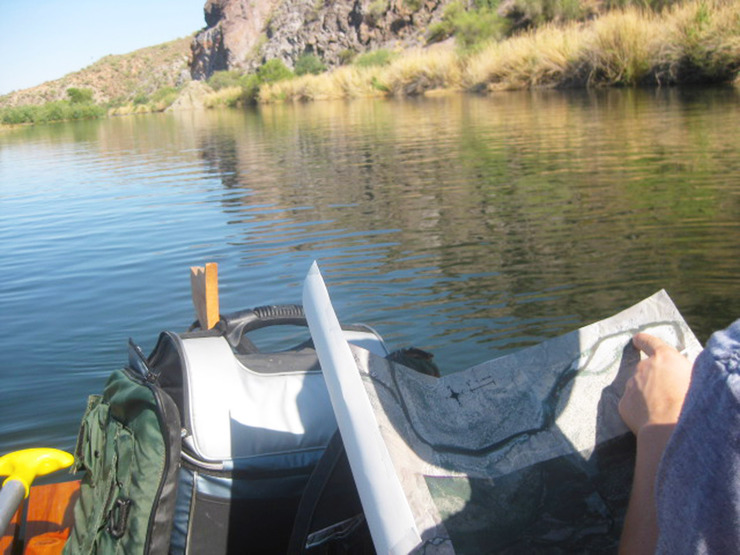 Based on our calculations we are still on the river. 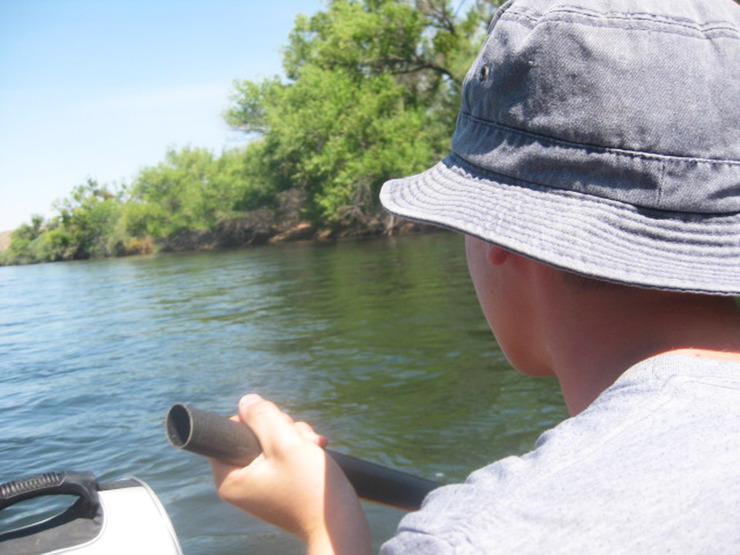 For the balance of the trip we alternated between easy paddling and floating lazily with the swift current. We saw many huge trout and on shore we saw wild horses, rabbits and vultures (uh,oh). The last mile was spent paddling on a slow, deep portion of the river until we reached an agreed on point where we would disembark. Lisa and Rosie were going to take the raft the final few miles to a designated pull out area. 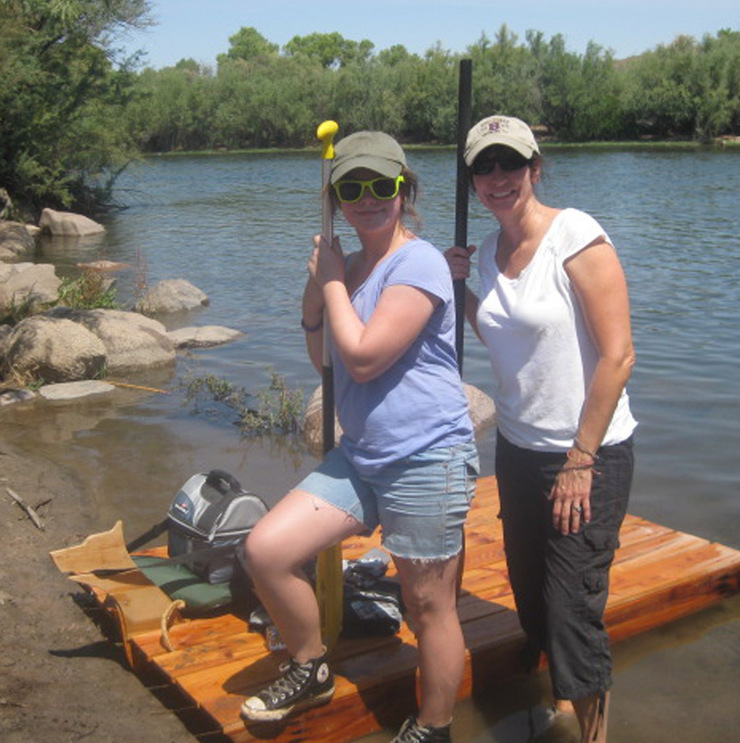 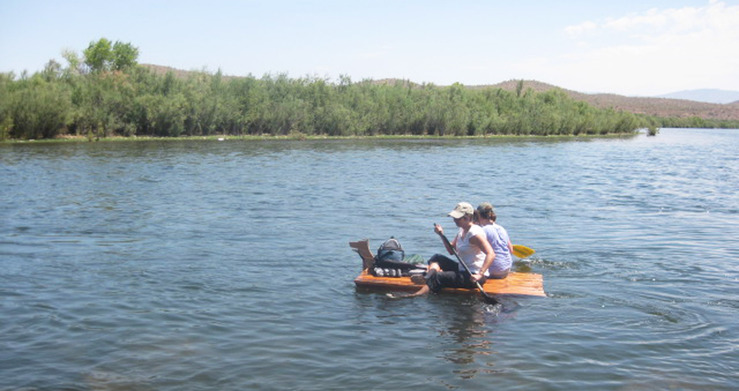 Rosie and Lisa get started
Here's where it gets crazy. Just a quarter mile down river and around a bend the river gets unpredictable and dangerously fast. We didn't know this. We had scouted the river during a low water time and didn't realize how things would change as the water was now faster and higher. Rosie and Lisa were quickly carried into a boiling, scary portion of the river. They went overboard in the rapids - I dove in and swam towards them - they grabbed some branches and pulled themselves to safety. It was all very fast and very real. I was able to get to shore shortly after them. We were shaken and relieved to get through that. A person nearby said he thought the raft was caught up in some trees further down the river. The question for us was should we try to float down and save the raft? Family meeting time. After a reality check we decided that we were so lucky to all be together and that we shouldn't risk it to save the raft. Some lucky cuss down the river can have it. We've got each other and a true life adventure story instead. 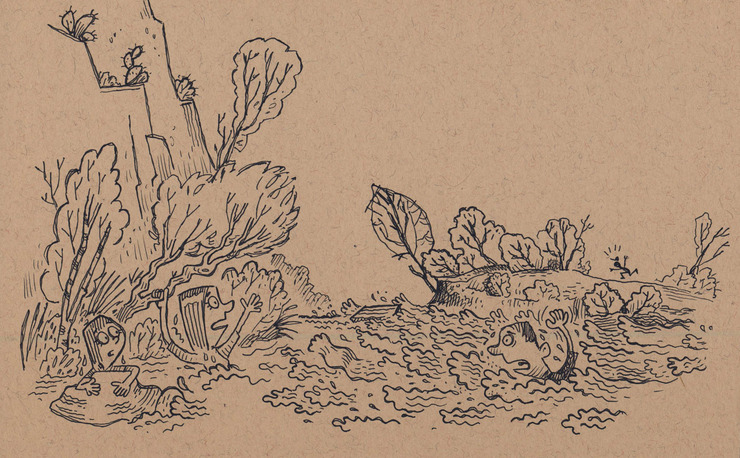 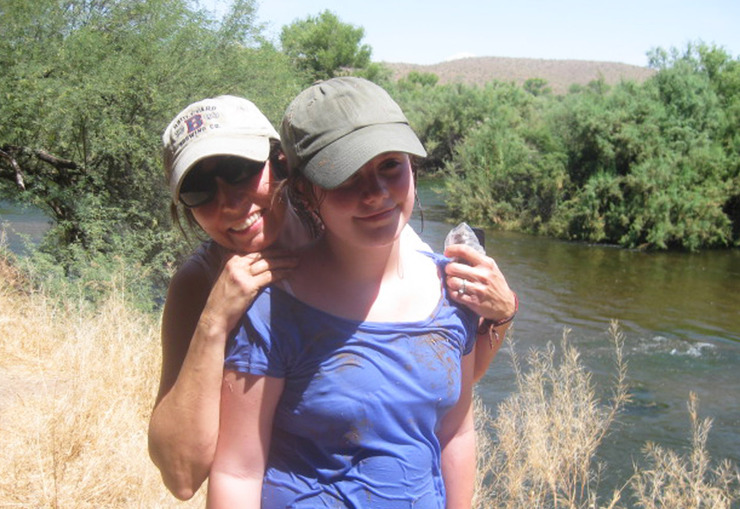