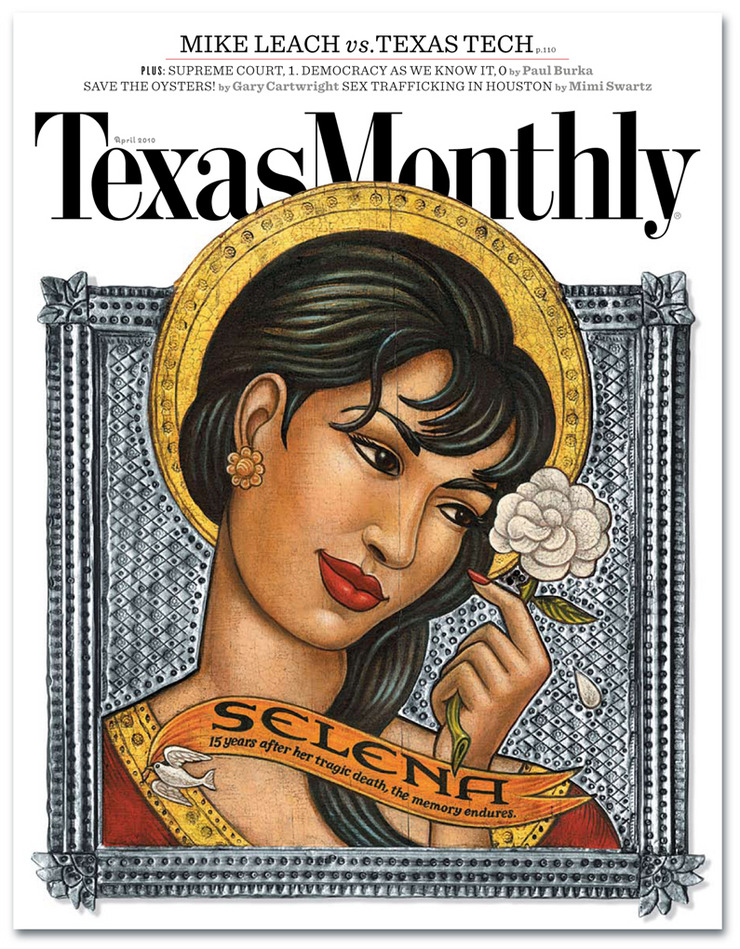 March 31st marks the 15th anniversary of the murder of Mexican-American singer and "Queen of Tejano" Selena Quintanilla, known to her fans simply as Selena. While she was an internationally known singer particularly famous in the Spanish-speaking world, her popularity in Texas remains uniquely special: monuments & museums have been erected in her honor here. So when TJ Tucker at Texas Monthly asked me to create the memorial cover for this month's issue, I realized right away how significant this portrait would be for many readers.

I took these photos recently at the Selena memorial on the Bayfront in Corpus Christi.
I was living in Austin in 1995 when Selena was shot, and recall clearly the outpouring of emotion. And given the deep Catholic roots in Corpus Christi, where she lived, the loss literally felt as if it took on saintly dimensions. Selena's rise from humble roots to international fame inspired a generation of Latinos here, and I knew capturing that iconic status would be an important part of the portrait. 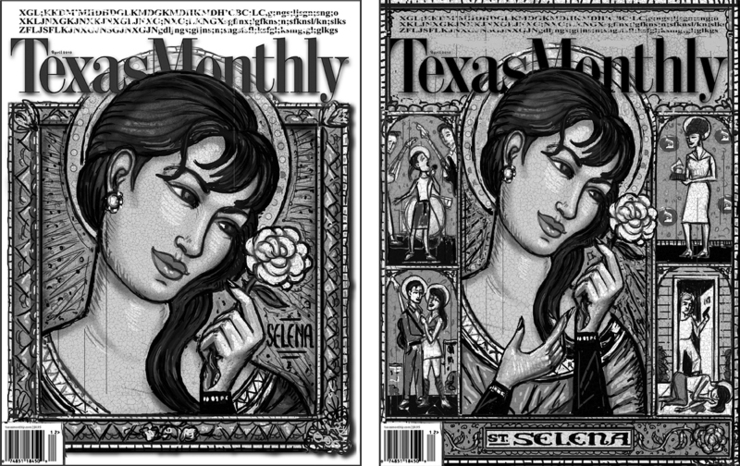 Initial pencils for the cover.
TJ and I initially discussed the idea of doing something along the lines of a "Stations of the Cross" as a vehicle for showing the significant chapters in her life. I've done a number of pieces over the years in that manner, but as I developed the concept, I felt the image should have a singular and more positive focus, rather than the broader storytelling device that would inevitably include her murder. I did a few quick sketches to show TJ the impact of the different approaches, and he agreed. With another, slightly tighter sketch TJ could show the editor, I was given approval to go to final art. 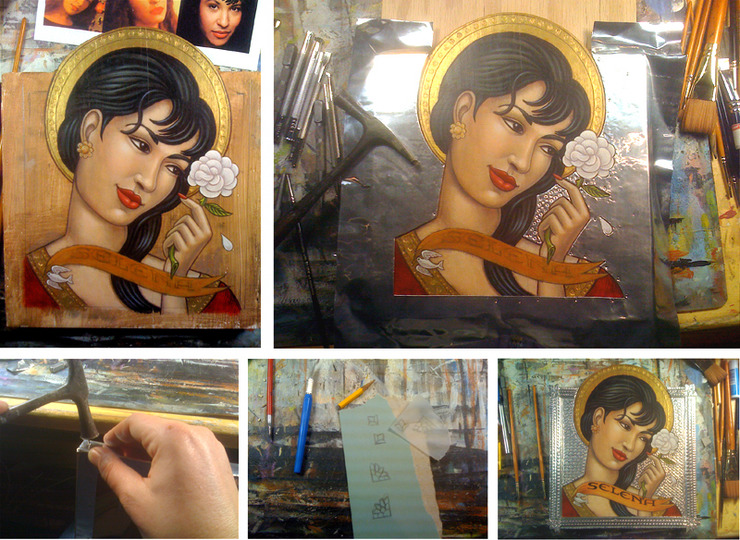 Some steps in the process of creating the piece.
I create these pieces in as traditional a way as I can given the time constraints of editorial publishing. I have a shed full of old wood I can pull from, so for this piece I began by picking the right weathered board (approximately 10" in width, and about 3/4 " thick) and preparing it by shaping, sanding, reinforcing the backing, and adding a gesso ground. From there I transfered my drawing, locked it in with a warm middle ground wash, and built the piece up much like a traditional tempera painting. Once the central painting was complete, I created a template for the metal work that surrounds the piece so I could begin the process of cutting, clipping, nailing and tooling, a technique I developed by spending alot of time staring at old icons in museums. I added the hand-lettering last, since the subhead for the article was still being written as I worked on the piece. 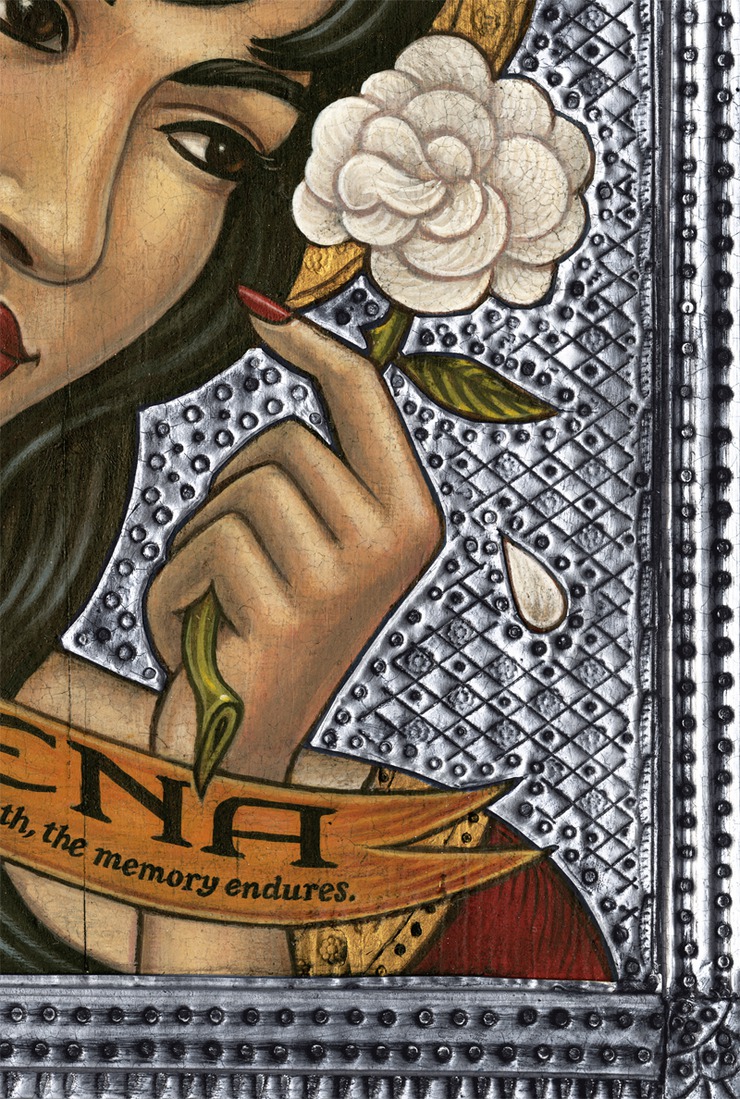 Hats off to TJ for pushing this cover to be a clean, art-centric image—he even got the subscriber issues run separately without a bar code, and kept all type at the top of the page. As always, it's a pleasure working with him. 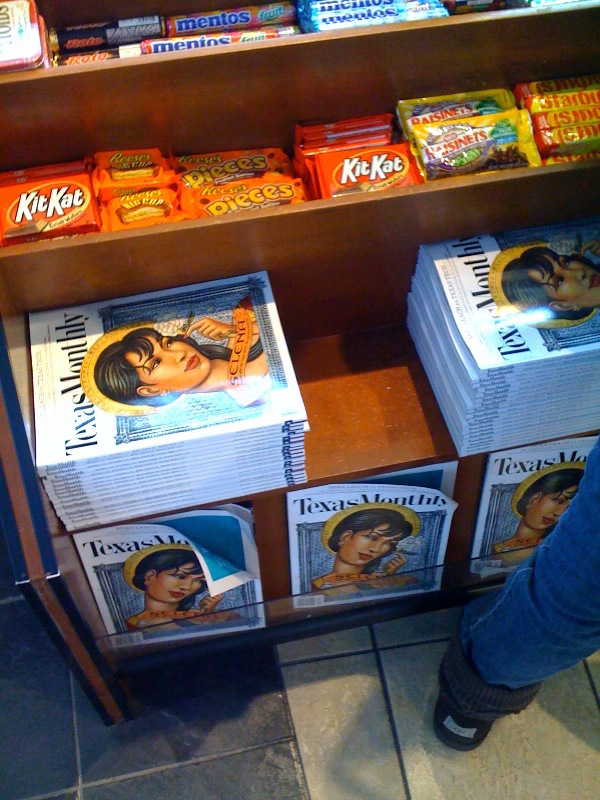