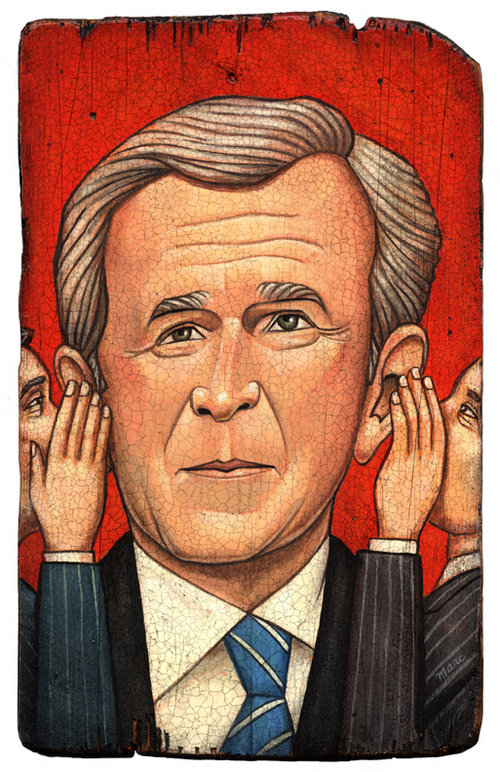 Yesterday, Roberto Parada posted an article about his terrific cover for Texas Monthly, which featured several essays on the legacy of George Bush. TJ Tucker, art director at TM, also commissioned Steve Brodner, Cristoph Niemann, Ralph Steadman, Mark Ulriksen, Joe Morse, and myself to do portraits of W. to accompany those essays. Mine is above, and here's an excerpt from the text by Robert Caro that inspired it: 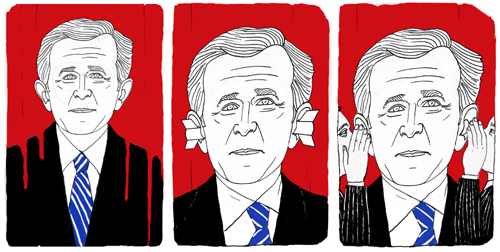