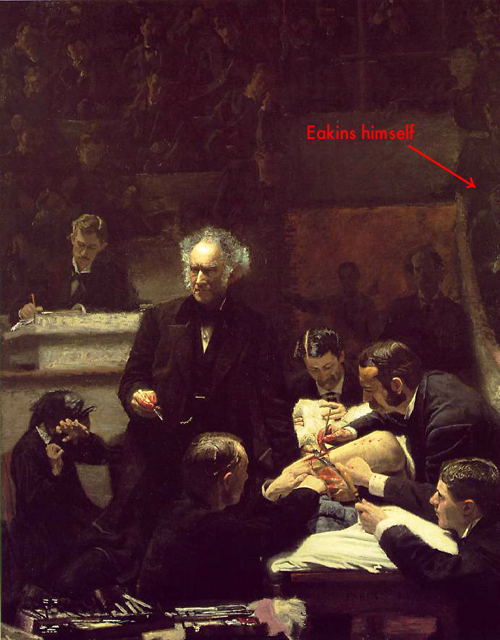 Jefferson Medical College, Thomas Jefferson University, Philadelphia
Read today that Thomas Eakins' painting "The Gross Clinic", which has been in Philadelphia for over 130 years, may be sold to a partnership between the National Gallery in D.C. and the Crystal Bridges Museum of American Art in Arkansas. It will undoubtedly be in good hands either way, but it seems a shame for Philly to lose one its historical treasures, both from an artistic and civic perspective. The Philadelphia Museum of Art and the Pennsylvania Academy of the Fine Arts need to raise $68 million (!) by December 26th to keep it; it's owned by the Jefferson Medical College, and has been on loan since its original purchase in 1878, for just $200. Anyone have some spare change for the folks in Philly?