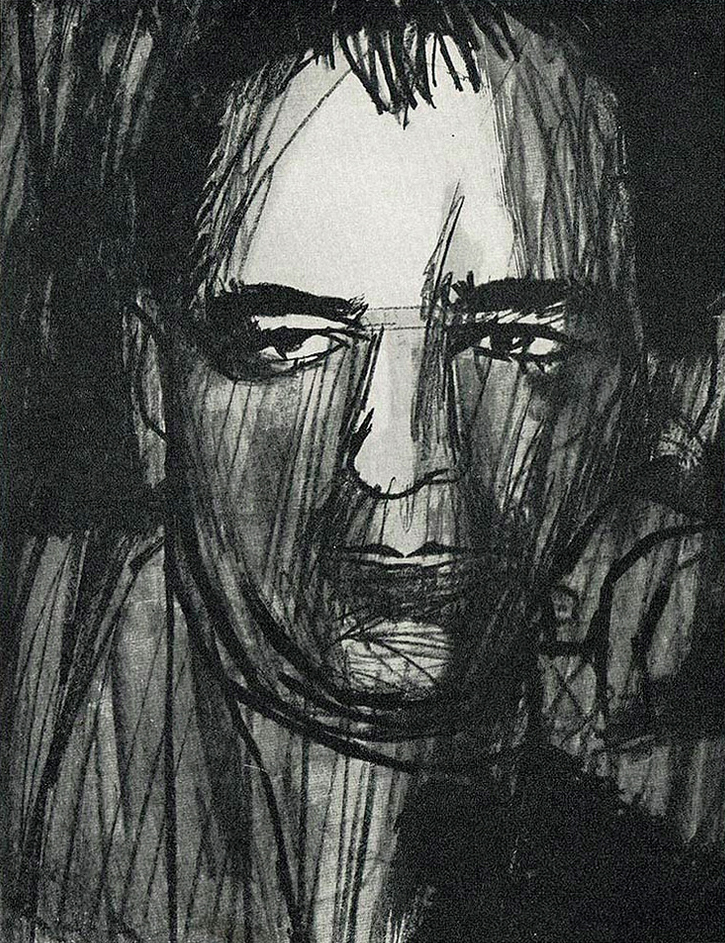 Harvey Schmidt has died. I just read it online. The paper says he was 88. I never met him and don't know much about him except that he came to New York from Texas back in the 50's, was doing a lot of illustration when I entered the business, then wrote the music for an off-Broadway play that went on to become a show business legend and apparently left the graphic art business to write more songs.

I've mentioned him to people over the years, in fact, to a friend just a couple of weeks ago; but with his passing, I thought I'd like to say a word about him.

I was still in high school when I first saw pictures like this one: Schmidt's drawing of Joe McCarthy, published in Esquire Magazine in 1958. It was an era when Schmidt and Robert Weaver and a couple of others were taking the first creative steps away from the traditional boy/girl pictures that often passed for storytelling illustrations in popular magazines. The idea seemed to be to create a journalistic look to illustrate the non-fiction articles that were starting to crowd out the short stories that had once been the staple of magazines like Colliers and the Saturday Evening Post.

A few years after he did this drawing, Schmidt teamed up with an old college pal, Tom Jones, to write the music for The Fantasticks, a modest little play that opened, almost unnoticed, in Greenwich Village in 1960 and went on to become the longest-running musical in theatrical history.

If you never saw the production at the little Sullivan Street Playhouse, you've probably, somewhere, sometime, heard  Try to Remember, the most popular song from the show. Originally sung by Jerry Orbach, it was covered by Eddie Fisher, Patti Page, Roy Orbison, Lisa Minnelli and lots of others.

After the show opened, Schmidt's work began to fall off in magazines and by the time I came to New York he seemed to have entirely disappeared from the business. He and Jones went on to write other plays and have been inducted into the Songwriters Hall of Fame. But I believe he was one of the key figures in the development of popular graphic art in the 20th Century, and as one who benefitted from the path he helped to clear, I wanted to at least say a few words to salute him for that.

For additional examples of Harvey Schmidt's work, see these links sent to me by Leif Peng and Matt Dicke:
http://todaysinspiration.blogspot.ca/search/label/Harvey%20Schmidt
https://www.flickr.com/photos/mattdicke/sets/72157690354877181